From £28,9959
More highly strung on a British B-road than we thought it might be – but more agile and compelling at times, too. A proper thrill-ride hot hatchback
Open gallery
Close

The fourth-generation of Renault’s all-conquering hot hatchback, the Mégane RS, which has finally touched down in the UK in right-hand-drive form.

The Mégane RS brings with it the 1.8-litre turbo four-pot engine from the Alpine A110, with the wick turned up to 276bhp; a choice of seven-speed paddle shift and six-speed manual gearboxes; a segment-first active four-wheel steering system; and the familiar choice of standard Sport or bigger-rimmed, stiffer-sprung, slippy-diff-equipped Cup chassis options.

Considering the car’s established reputation for outstripping its rivals for driver appeal, big expectations surround the car’s introduction even without such an enticing list of mechanical ingredients to consider.

The car made a very impressive start indeed at Renault’s Portuguese press launch earlier this year; but, out there, journalists were restricted to testing Cup-specification cars on track and Sport-spec only on the road. So, for the stiffer of the two set-ups, this is still a bit of an acid test. 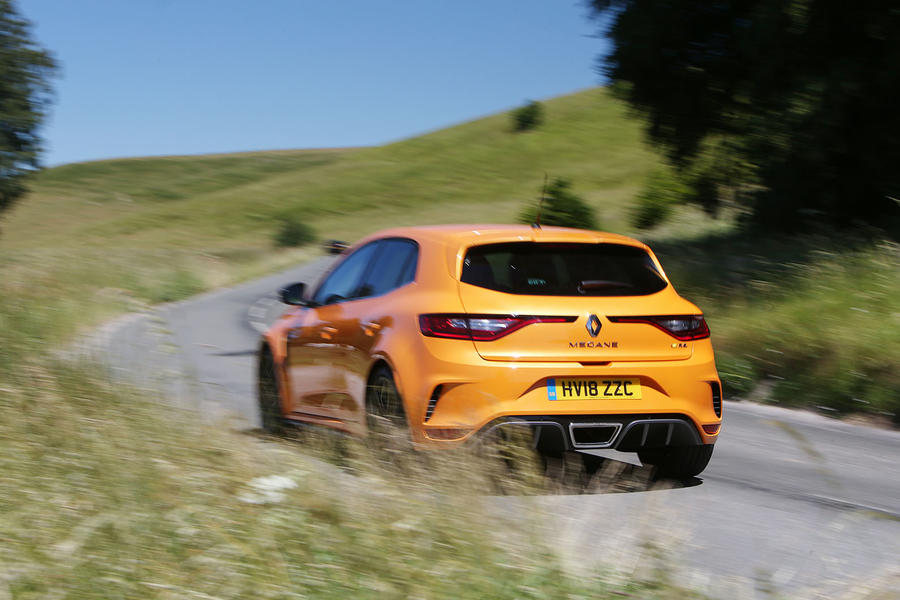 Introduce the new Mégane RS Cup to a bumpy British B-road and it wouldn’t take a cynic long to suggest why those press launch restrictions might have been in place.

Lordy, it’s firm-riding. Sufficiently aggressive in its damping, in fact, to feel brusque and quite irritable when you’re just bumbling around; and for the car’s body control to require big speeds on the road, and plenty of energy flowing upwards into the struts, before the ride even begins to loosen up and work over bumps. Ever drove a last-gen Mégane RS Trophy? The Cup isn’t far off that level of vertical tetchiness. Really.

There’s no slackening those dampers off, either; Dieppe’s choice for passive dampers and hydraulic bump stops denies you the opportunity to adjust the car’s comfort levels to suit your mood or journey. You can quickly warm to that old-school ‘like it or lump it’ lack of compromise, though. And you’ll certainly like the influence of the car’s firm set-up on its handling.

The steering is at once highly strung (particularly sensitive to road camber, reactive to bump steer and prone to a bit of traction-related directional interference, too) and also lacks much of the reassuring weight and feedback of the old Mégane’s rim. But the car carves its way around smooth, tight bends with such incisiveness, alacrity and balance that it takes a while to become accustomed to what it can actually do; and, by the way, that turns out to be quite a lot more on all three fronts than you imagine any front-driven hatchback might be capable of.

Use Race or Perso driving mode in order to set the car’s four-wheel steering system to its most ‘dynamic’ setting (contra-steered rear wheels all the way up to 62mph) and the car pivots underneath you like something much smaller of wheelbase. At times, the sensation can even feel like oversteer until you get used to it. Is it exciting or just unsettling? That'll depend on your personal taste, I suppose — but it quickly became the former for this tester.

The more pedestrian parts of the new Mégane RS’s package are somewhat less convincing, much as they may matter. The car’s ergonomic layout isn’t great (it has slightly shallow footwells, high pedals and a steering column short on reach adjustment); its cabin isn’t as classy-looking or well laid out as some in the hot hatch niche; and its portrait-oriented R-Link 2 infotainment system remains fiddly, distracting and a bit graphically unappealing.

And if any of that matters to you nearly as much as the car’s driver appeal, you’ll probably buy a VW Golf GTI or Golf R, anyway. 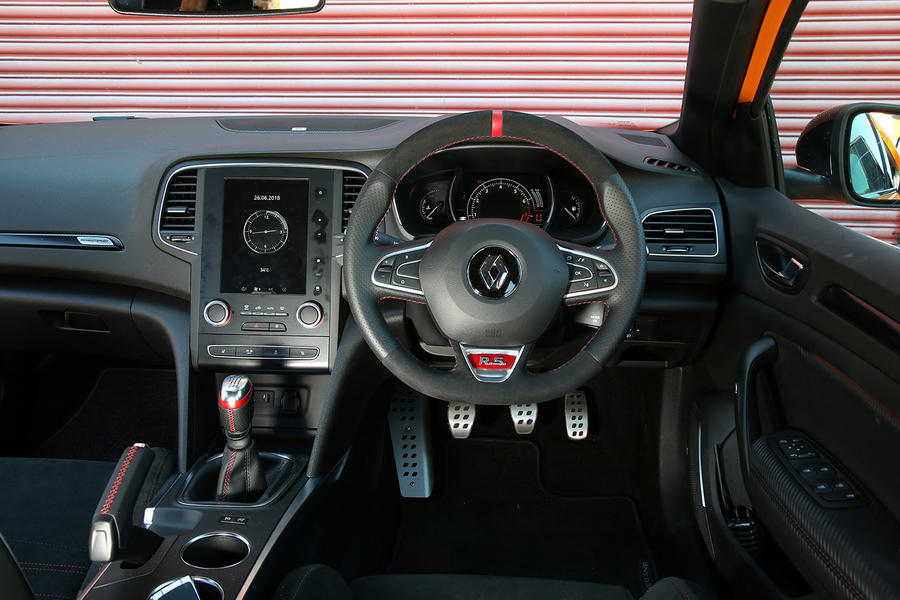 If you’re a real hot hatch aficionado and you’ve owned a fast Mégane before, you’ll be well prepared for what this car is good at and where it falls short.

Your lasting disappointments? The ride might be one, I’d say (it’s very firm — albeit in firmer-of-two Cup specification as tested); possibly the car’s overly light steering, too (which gets heavier, although no more communicative, in Sport mode); and likewise the car’s engine that, for me, isn’t a patch on the old car’s torquey 2.0-litre unit and doesn’t bear comparison with the very best performance four-pots available elsewhere in the class.

But what a chassis. We didn’t have chance to try the car on track, but will have had by the next time we write about it; at which point, you’ll also be finding out whether the Mégane can depose our current hot hatchback favourite and reigning Best Affordable Driver's Car: the Honda Civic Type R.

On the strength of that ever-so-compelling handling alone, the Mégane RS has to be in with a chance. 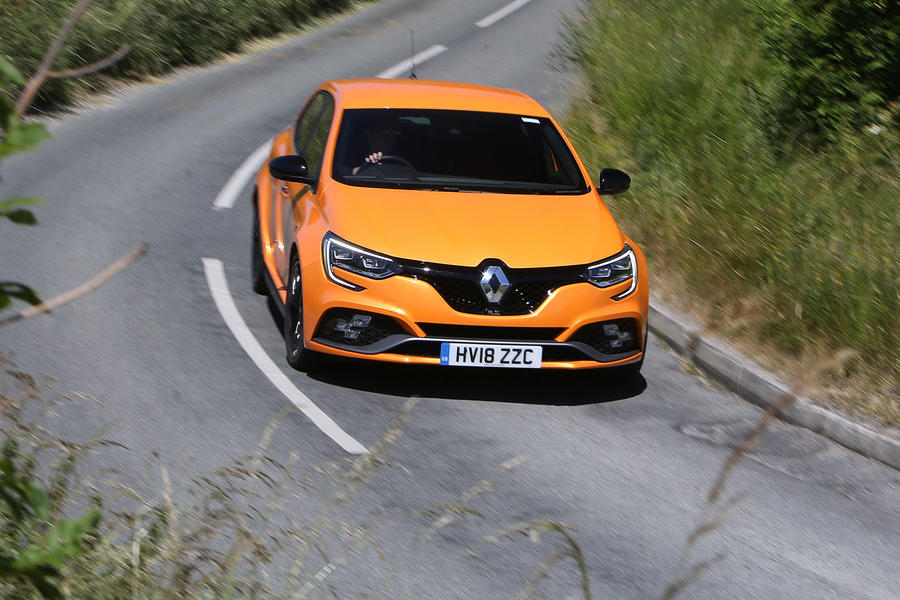 Has Matt Saunders been eating chips

or does the MMI surround just show up fingerprints really badly?

I'm so digging that orange color! This ride looks sweet! Would love to go on the track and ride in one of these!

Every generation of megane RS starts off very average and then gets progressively better , same as M3/M4. Glad it's manual .
View all comments (7)