Mercedes-Benz has revealed UK pricing for the new diesel-electric GLE, which has class-leading electric-only range and CO2 emissions, and the updated petrol-electric GLC.

The GLE 350de 4Matic is the latest in an extended range of new diesel-electric plug-in hybrids from Mercedes, following the C300de and E300de, and is on sale now, priced from £61,360.

Prices rise to £64,860 for AMG Line Premium, which brings extras including electrically adjustable front seats and a 360deg parking camera, and £68,360 for range-topping AMG Line Premium Plus, which includes keyless entry, a panoramic sunroof and a Burmester sound system.

While the C300de and E300de use a relatively small 13.5kWh lithium ion battery, the GLE350de has a sizeable 31.2kWh pack - the largest Mercedes has yet used in a series-production hybrid model. The result is a WLTP electric-only range of 61.5 miles.

This move mirrors that of BMW, which has fitted a 24.0 kWh battery to the X5 xDrive45e petrol-electric plug-in hybrid to give it an official zero-emissions range of 54.1 miles. 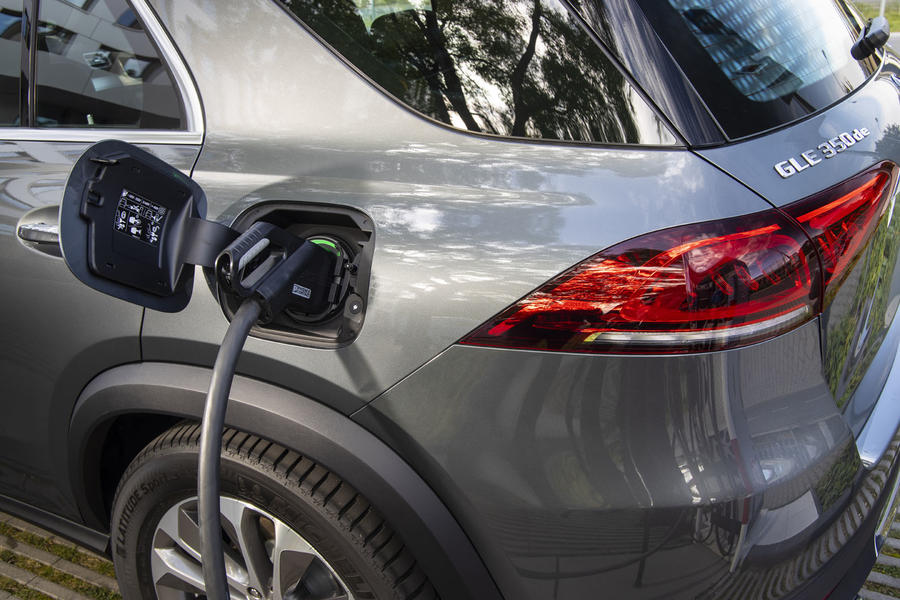 At the heart of the GLE 350de's driveline is a longitudinally mounted turbocharged 2.0-litre four-cylinder diesel engine that develops 192bhp and 295lb ft of torque. This is supported by 134bhp and 324lb ft from an electric motor mounted within the standard nine-speed automatic gearbox.

Together, the two power sources provide a total system output of 315bhp and 516lb ft – 11bhp shy but equal in torque to the turbocharged 3.0-litre in-line six-cylinder diesel engine of the GLE 400d. For comparison, the turbocharged 3.0-litre in-line six-cylinder petrol engine and electric motor of the X5 xDrive45e deliver a combined 389bhp and 442lb ft.

The combined reserves are sufficient, says Mercedes, to propel the four-wheel-drive GLE 350de from 0-62mph in 6.8sec and up to a limited top speed of 131mph. In electric mode, top speed is limited to 100mph. 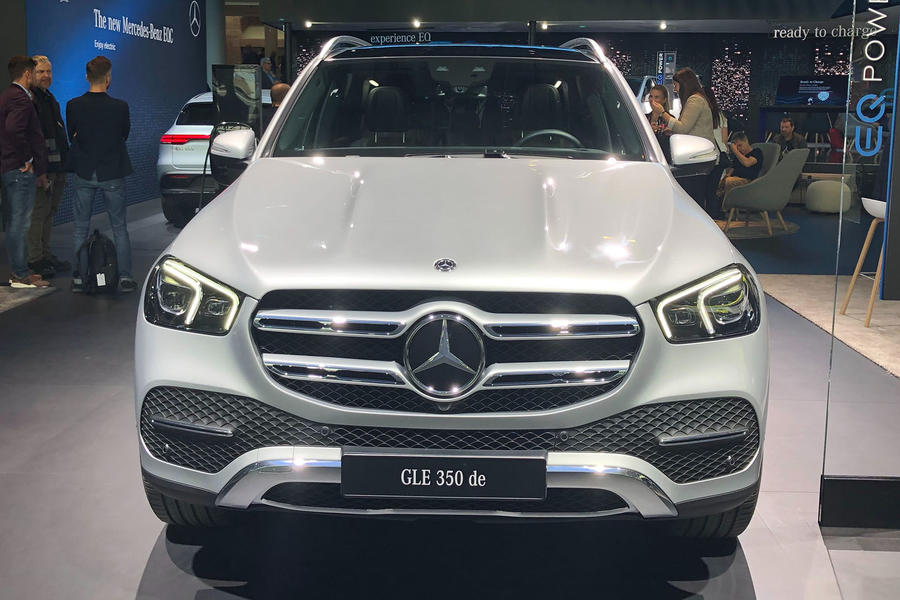 The 31.2kWh battery provides the GLE 350de an official electric-only range of between 55.9 and 61.5miles on the WLTP cycle. This correlates to combined fuel consumption of 256.8mpg and CO2 emissions of 29g/km.

The GLE 350de supports both AC and DC charging. With a maximum DC charge rate of 60kW, it can recharge in approximately half an hour.

The large battery has compromised the GLE's boot slightly, however: overall luggage capacity drops from 2055 litres to 1915 litres.

The GLE 350de is among 20 plug-in hybrid models that Mercedes plans to launch by the end of 2020.

In a further boost to the line-up, Mercedes has also revealed pricing for the updated GLC 300e 4Matic petrol-electric plug-in hybrid.

The BMW X3 xDrive30e rival is available now, priced from £49,687 and equipped as standard with 19in alloy wheels, AMG styling elements and sports seats. Mid-range AMG Premium trim costs £53,187 and brings 20in rims, multibeam LED headlights and leather seats, while top-rung Premium Plus trim includes a panoramic sunroof, a Burmester sound system and the Memory Package from £56,937.

The facelifted GLC variant receives a heavily upgraded driveline that yields a WLTP-certified electric-only range of 26.7 miles and a CO2 rating of 51g/km. 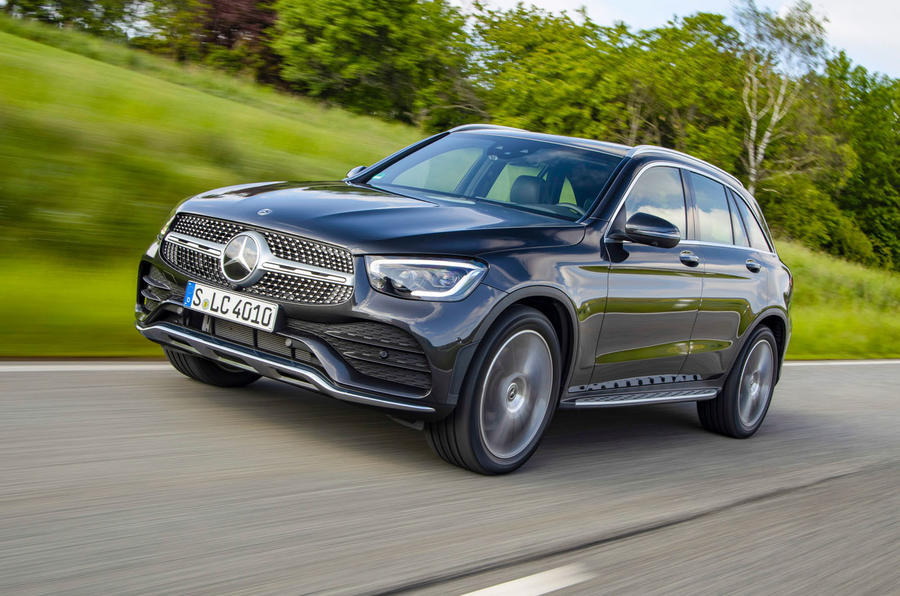 Power for the GLC 300e is provided by a longitudinally mounted turbocharged 2.0-litre four-cylinder petrol engine that develops 208bhp and 258lb ft of torque. It's supported by 121bhp and 324lb ft from a gearbox-mounted electric motor. The result is the same 315bhp and 516lb ft combined output as the GLE 350de.

Mercedes claims 0-62mph acceleration in 5.7sec and a limited top speed of 143mph, or 81mph in electric mode.

Like the pre-facelift model, the GLC 300e supports only AC charging.

Its key rival, the X3 xDrive30e, runs a turbocharged 2.0-litre four-cylinder petrol engine and an electric motor for a combined output of 248bhp and 310lb ft. Its 12.0kWh battery provides a claimed electric-only range of up to 31 miles, giving it an official consumption figure of 117.7mph and average CO2 emissions of 56g/km. READ MORE

Six air vents, why six?, why not just double width instead?, it would look better I think.

PHEVs are the best way of continuing to provide a profit stream to dealerships whilst adjusting to the inevitable changes that full EVs will cause. At the present time many dealerships are not trained to deal with electric cars but by having PHEVs they will have a chance to gain the knowledge and experience required to support the EVs that are coming.

I,m on the side of does this

I,m on the side of does this really make sense as car to purchase , I think not, What does all its weight its carrying around really equal, so much pollution is produced to make this bus it,s  carbon footprint  is so high , clever vehicle I think not