The Lamborghini Huracan Performante has broken the lap record around Autocar's handling track during our comprehensive road test.

As part of our comprehensive road test, Autocar puts machines through their paces on a seven-corner, 1.53-mile handling track, located at the MIRA proving ground in Nuneaton. It's a high-speed track designed to take cars to the edge of their grip and test their high-speed stability. The quickest speed recorded on the track was 131.6mph, achieved by the McLaren P1 hypercar.

The Huracan lapped that circuit in 1min 05.30secs during a recent road test, which you can read in full in this week's Autocar magazine. It eclipsed the previous mark of 1min 05.70secs set by the Porsche 918 Spyder. 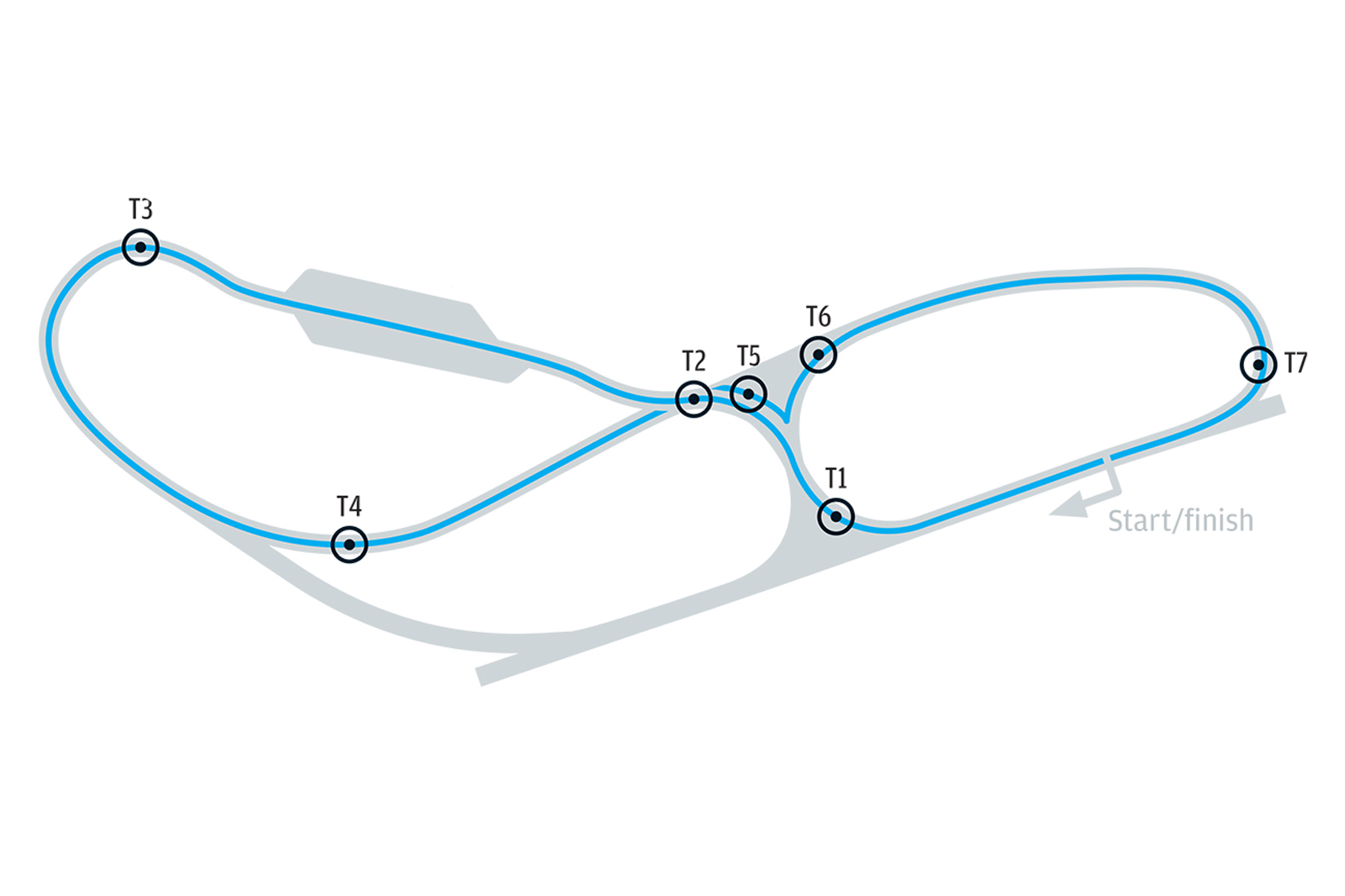 These are the top 20 cars to have lapped the Autocar handling track: 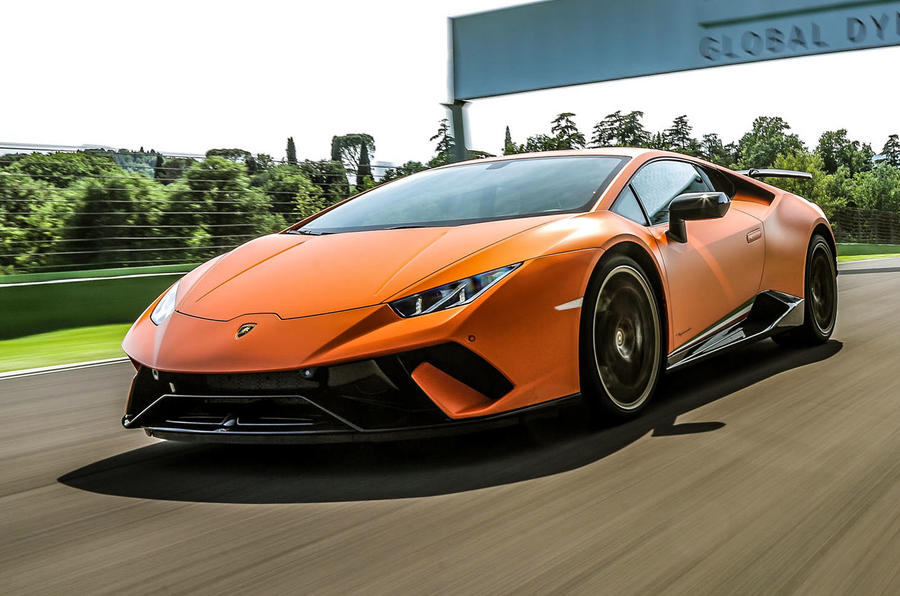 Lamborghini's done it; beating the mighty and long-standing first-place holder, the Porsche 918 Spyder around our dry handling track. The Performante's not just breaking hearts around our track, its recent performance at the Nürburgring has firmly rendered it a bedroom-wall favourite already.

Quite excited to find out what this bit of kit has to say about our MIRA dry handling lap record next week. Certainly got potential #quick pic.twitter.com/eLWZ6Bg0XT 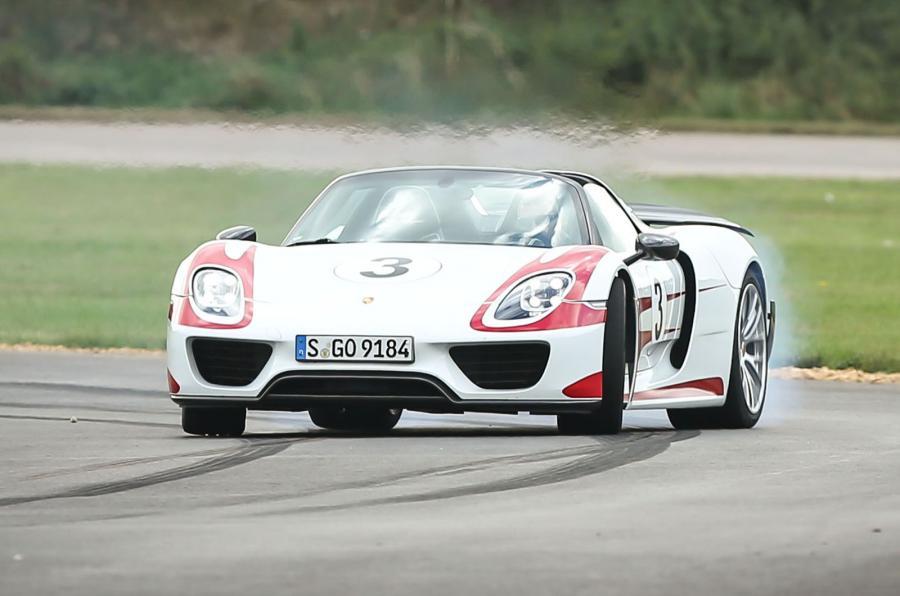 It might be four years old and it might be only sixth on the top road-legal laps of the Nürburgring, but Porsche’s 918 Spyder has only just been knocked from the top spot around our handling circuit, almost half a second ahead of the closest challenger, but the same time off the pace of the new circuit champion.

You can read our Porsche 918 Spyder review here. 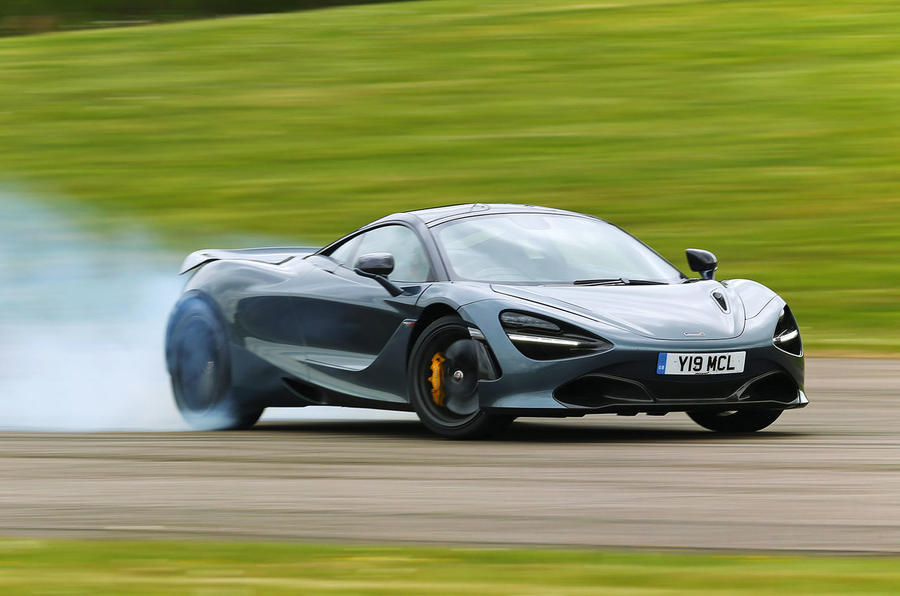 McLaren’s on the war path with the 720S, beating all of its direct rivals and even the far more powerful and hardcore P1 in the process. It’s also one of the newest entries into our top 20, so its podium position isn’t necessarily guaranteed for long.

You can read our McLaren 720S review here. 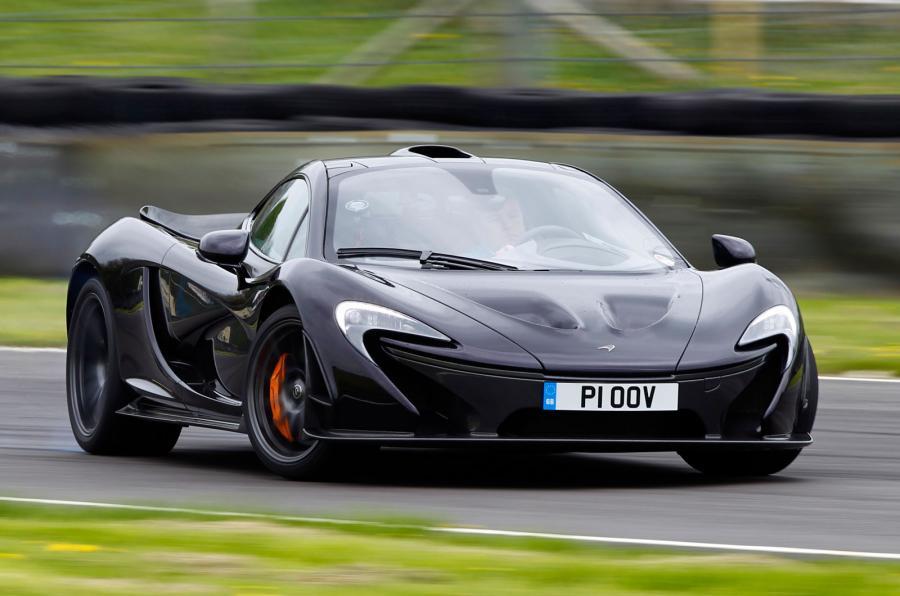 The big daddy of McLaren completes the top three, beaten only by its 720S stablemate and its fiercest rival, the Porsche 918 Spyder. It’s close, though; just 1.1sec separates the two. Its follow-up model, codenamed P15, could shake things up in a few months’ time, however.

You can read our McLaren P1 review here. 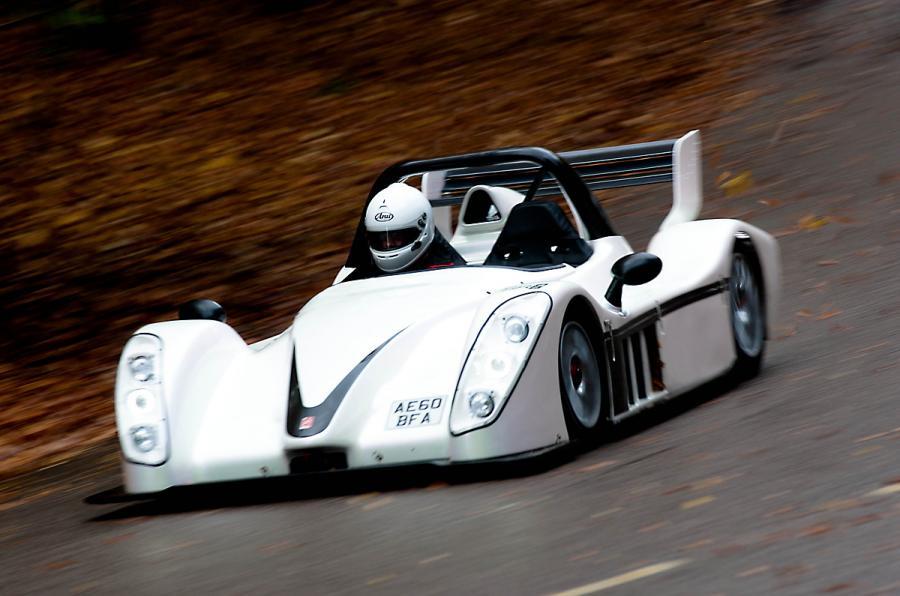 You can read our Radical SR3 SL review here. 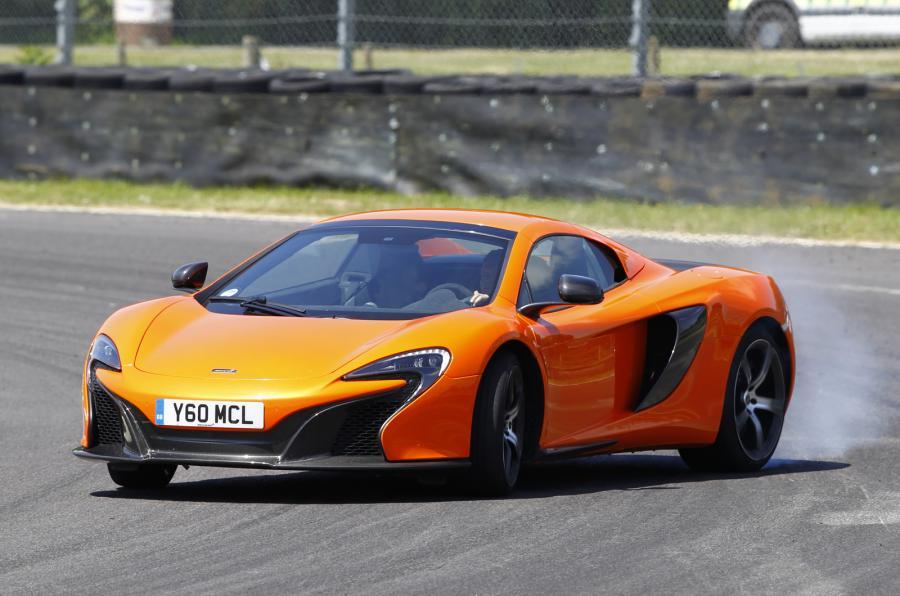 Yes, another McLaren; this time it’s the father of the McLaren 720S, the 650S. With just 0.3sec between it and the Ferrari 488 GTB, there’s something of a tense rivalry on our leaderboard. The McLaren is lighter than the Ferrari, but has 641bhp - 20bhp down on the 488.

You can read our McLaren 650S Spider review here. 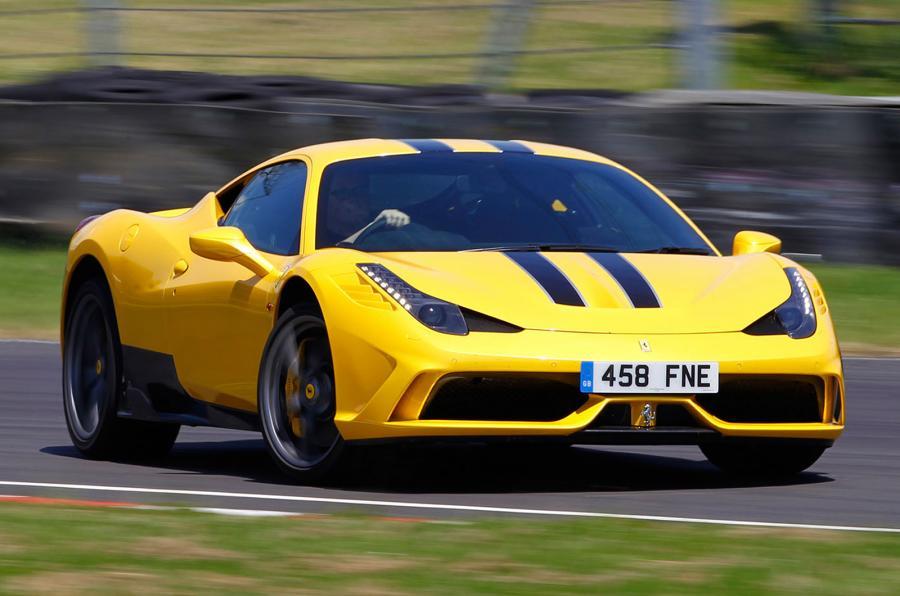 Completing the Ferrari-McLaren sandwich is the 458 Speciale - Ferrari’s hot range-topper to the 458 range. It’s clear to see the step change in Ferrari performance; the entry-level 488 is quicker than this heated-up supercar.

You can read our Ferrari 458 Speciale review here. 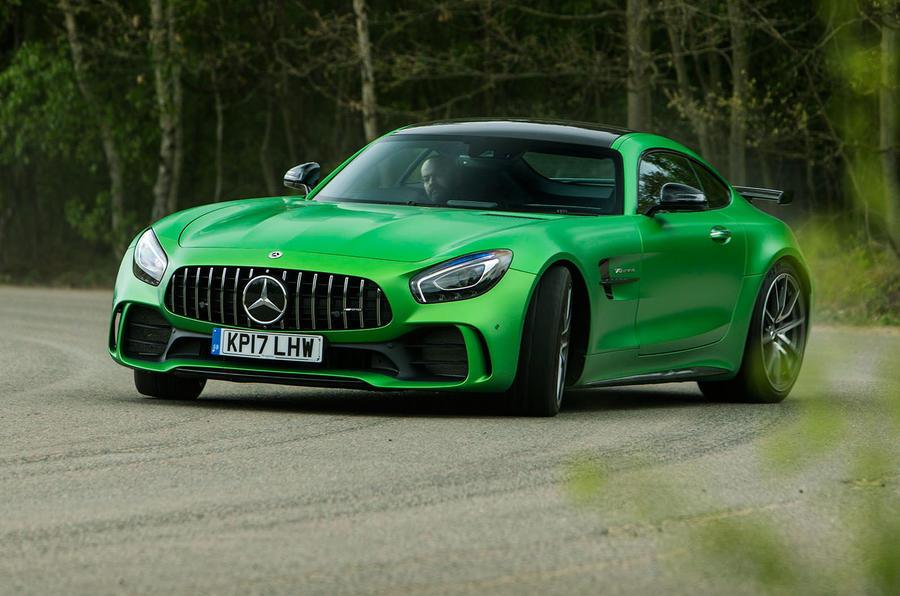 The quickest car with a three-pointed star around the Nürburgring is joint sixth around our circuit. Mercedes claims an unprecedented level of motorsport technology into one of its production cars for the GT R and clearly it’s paid off.

You can read our Mercedes-AMG GT R review here. 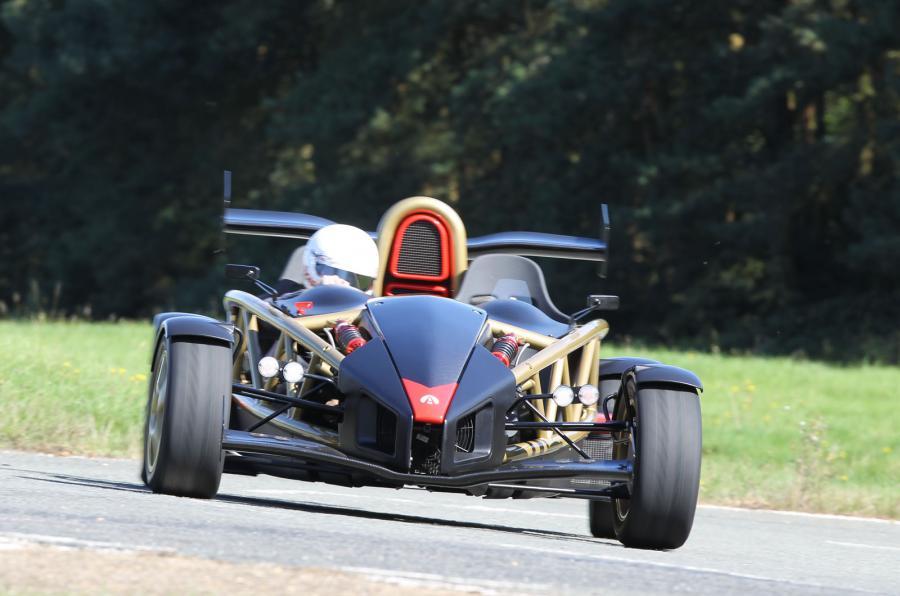 There was never going to be a lighter car on this list than the Ariel Atom, which tips the scales at 550kg. With a 475bhp, 3.0-litre V8 sitting behind the driver, it’s got a power-to-weight ratio of 864bhp; one of the highest on this list. Little wonder that it cracked the top ten, then.

You can read our Ariel Atom 500 V8 review here. 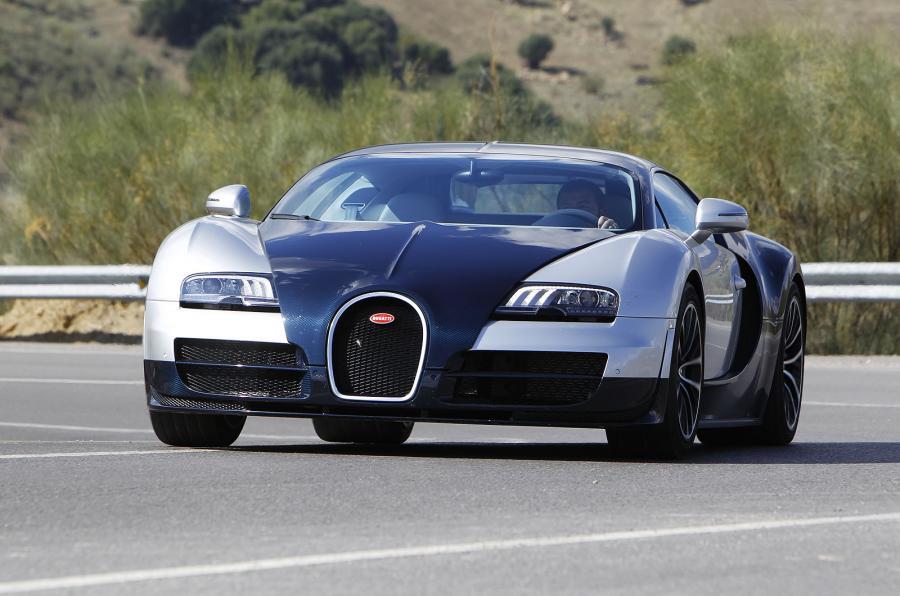 Completing the top ten is the car that broke new ground when the Volkswagen Group revived the Bugatti brand: the Veyron. In its quickest, Super Sport iteration, it can hit 268mph, and 62mph passes in just 2.5sec. A weight of 1838kg holds it back from climbing further up our leaderboard.

You can read our Bugatti Veyron Super Sport review here. 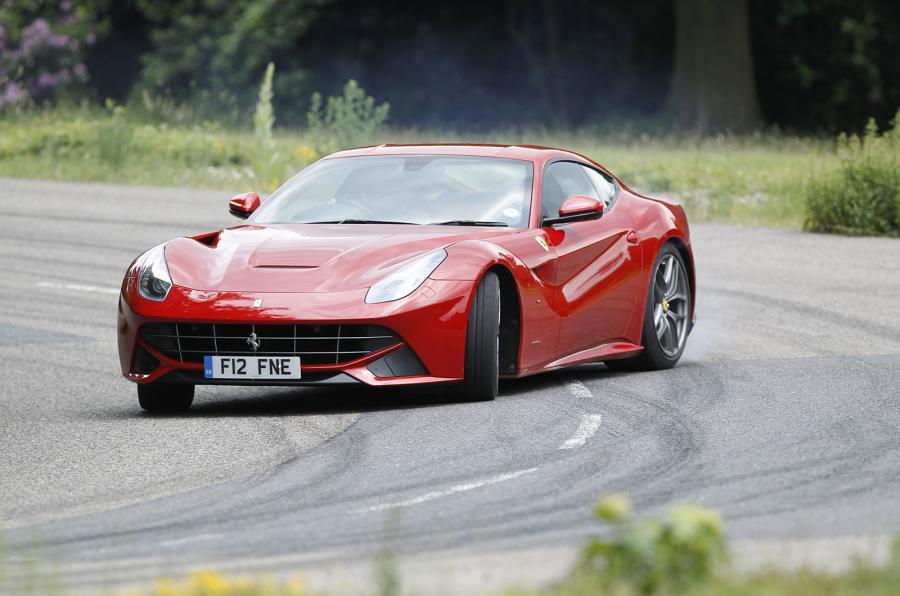 The F12 Berlinetta's 731bhp helped the car make it onto this list and its status as Ferrari’s production flagship makes it a blast to drive on road or track. It’s been replaced by the 812 Superfast, but that’s so recent that we’ve not had a chance to put it through its paces on our track just yet.

You can read our Ferrari F12 Berlinetta review here. 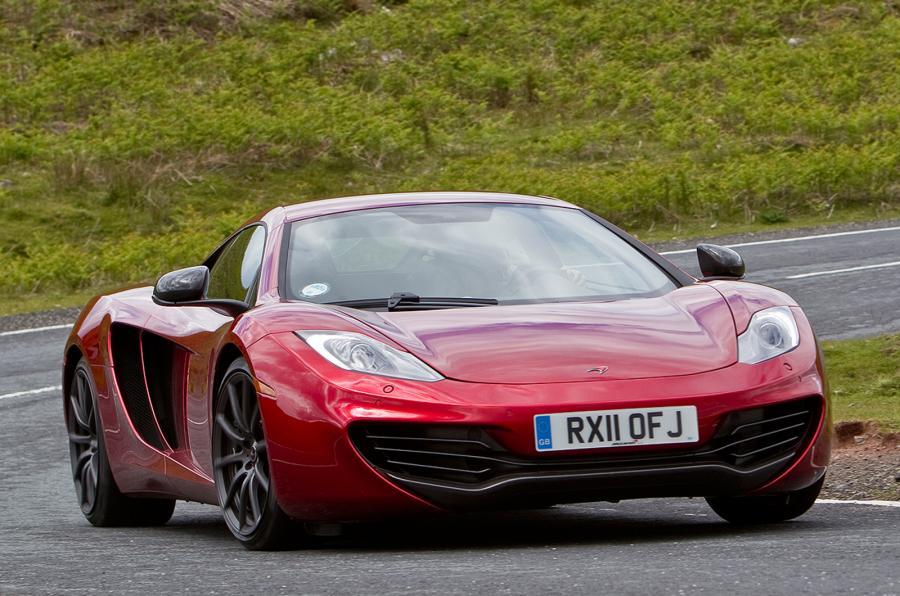 Yes, another McLaren. This time, it’s the MP4-12C – the first car made by McLaren Automotive back in 2010. Two generations later, the 720S is second only to a near-million-pound hypercar and the MP4-12C clings on to joint 11th place on our leaderboard.

You can read our McLaren MP4-12C review here. 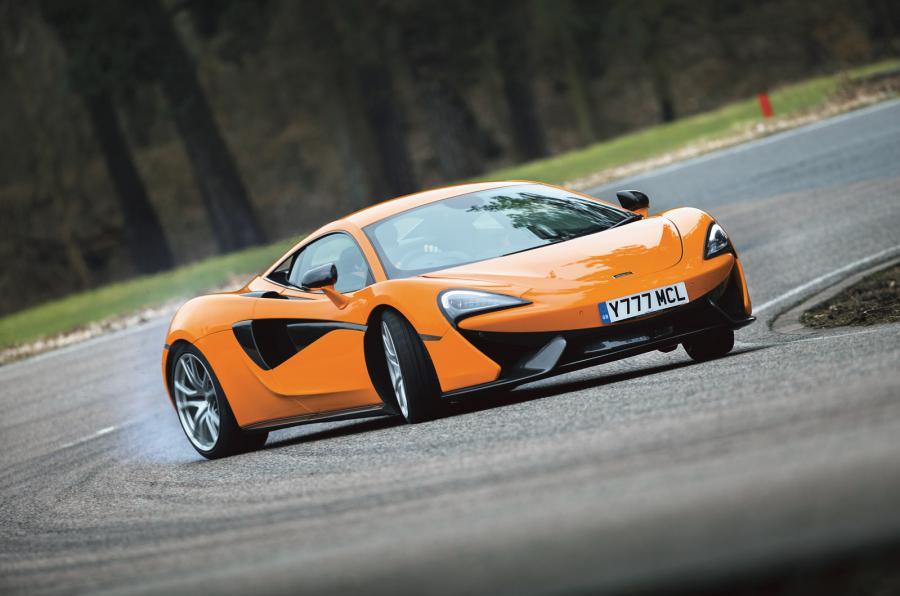 McLaren’s ‘baby’ Sports Series supercar, the 570S, is just 0.1sec off the pace of its Super Series elder, the MP4-12C. It’s still got that fearsome twin-turbo V8, albeit with 562bhp in place of the ever-increasing power outputs of its bigger brothers, but it’s marked its territory in a not unremarkable 13th place in our top 20.

You can read our McLaren 570S review here. 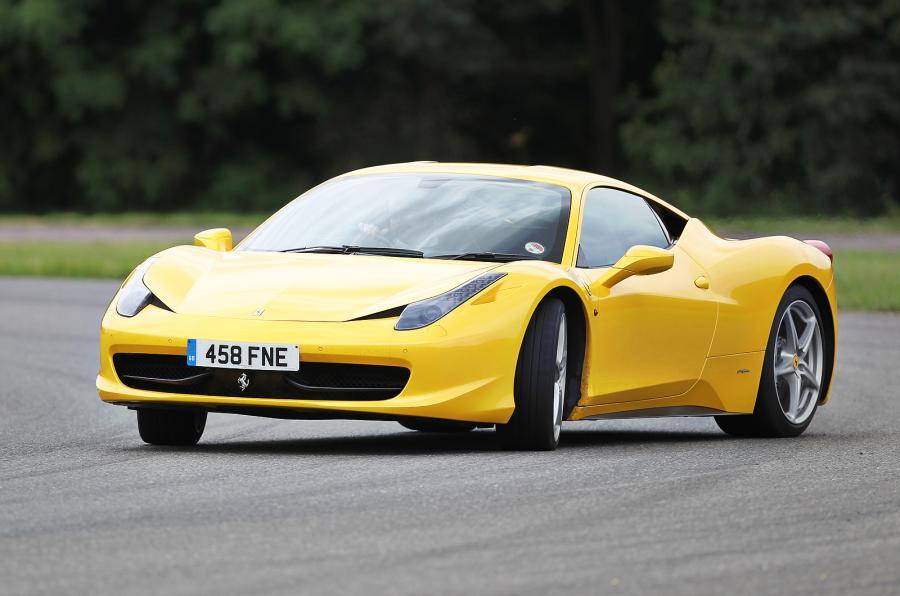 Just 0.9sec separates the 458 Italia from its replacement, the 488 GTB, but that 0.9sec represents ten whole places on our top lap times leaderboard. Perhaps predictably, the hot version of its predecessor isn’t far behind.

You can read our Ferrari 458 Italia review here. 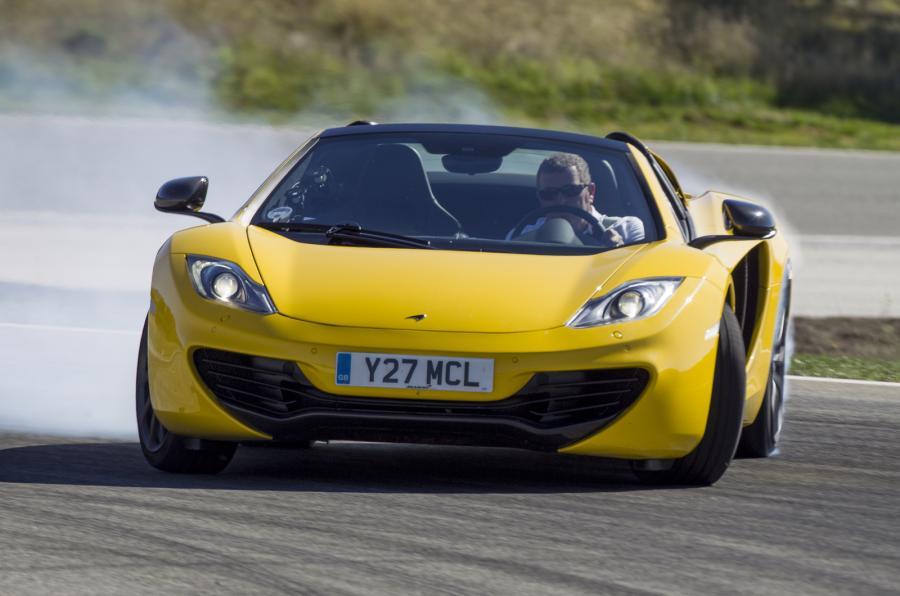 The drop-top version of McLaren Automotive’s first model matches its closest rival, in coupé form, around our track. Not impressive enough? Its coupé sibling was a whole 0.4sec quicker.

You can read our McLaren MP4-12C Spider review here. 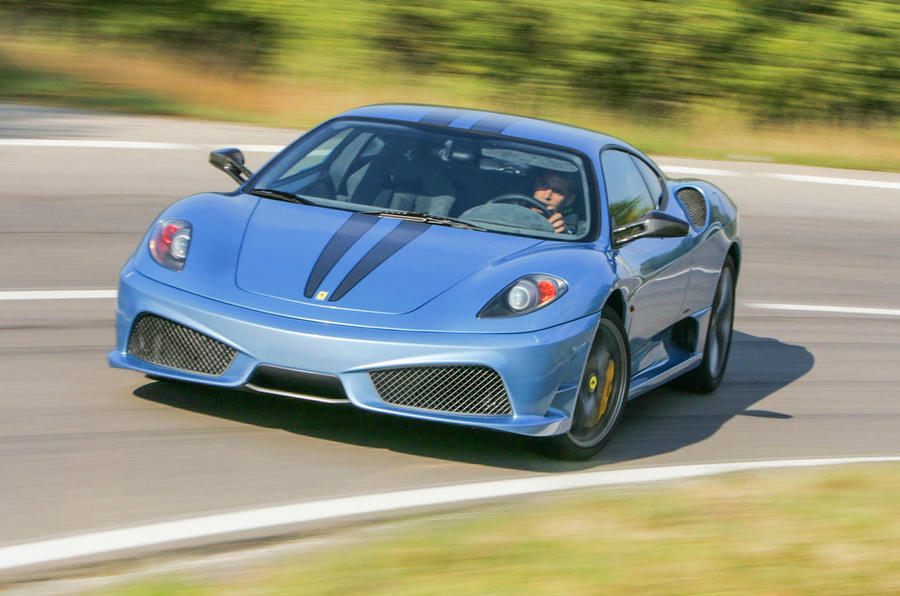 The 430 Scuderia is the last Ferrari in our top 20, but if it was a top 21, the F430 - the cooking version of this heated-up model - would have appeared. The Scuderia bettered its standard counterpart on our track by half a second, meaning that a quarter of our top 20 fastest are Modena’s finest.

You can read our Ferrari 430 Scuderia review here. 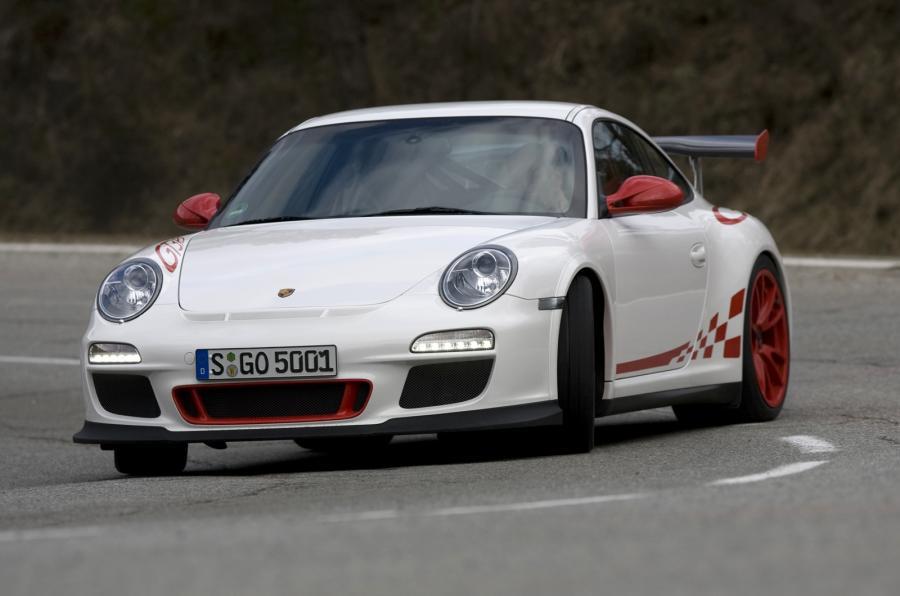 A brace of Porsche 911s sit in the final four places, with, remarkably, the previous-generation Porsche 911 GT3 RS clinching the joint quickest 911 lap time around our track. But once we get the new, blisteringly quick 911 GT2 RS on circuit, this is likely to change. 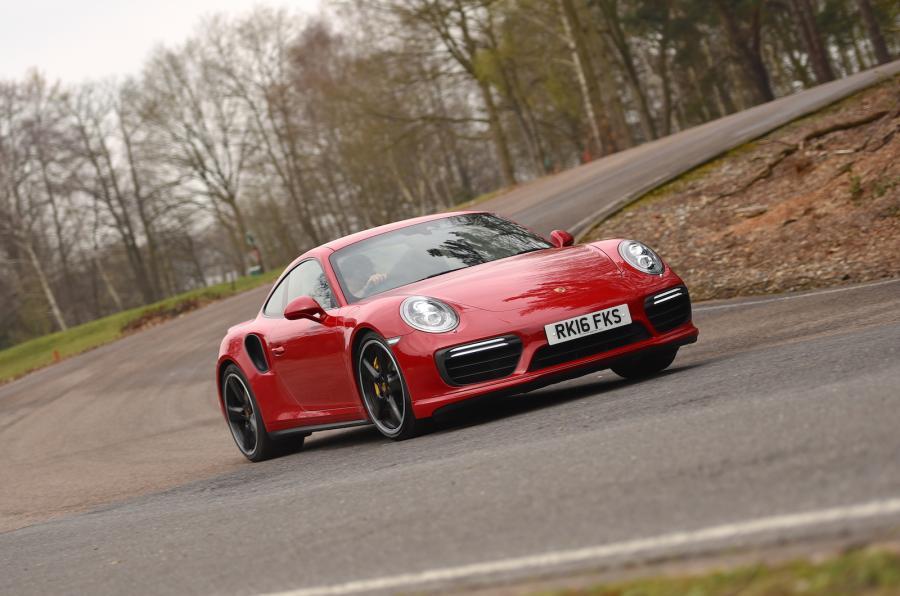 The range-topper among the Porsche 911 Turbo range is the Turbo S and, predictably, it’s the other half of the quickest Porsche 911 lap time, sharing 18th place overall with the previous-generation Porsche 911 GT3 RS – 572bhp and 0-62mph in 2.9sec will do that. 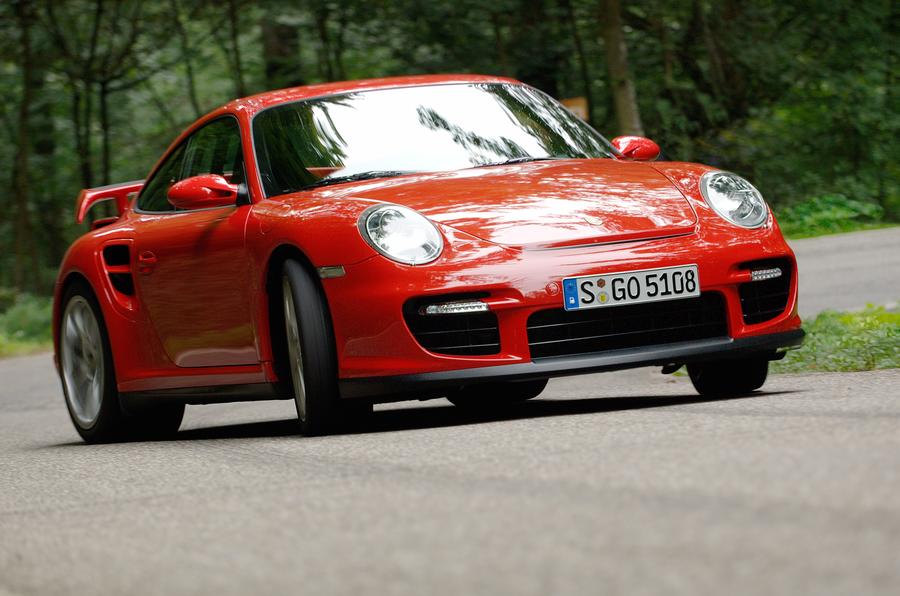 Then dubbed Porsche’s wildest road car (with the exception of the Carrera GT), the 997 GT2, with a comparatively modest 523bhp, takes 19th. The best thing about the 911 GT2, though? It’s a pussycat to drive. 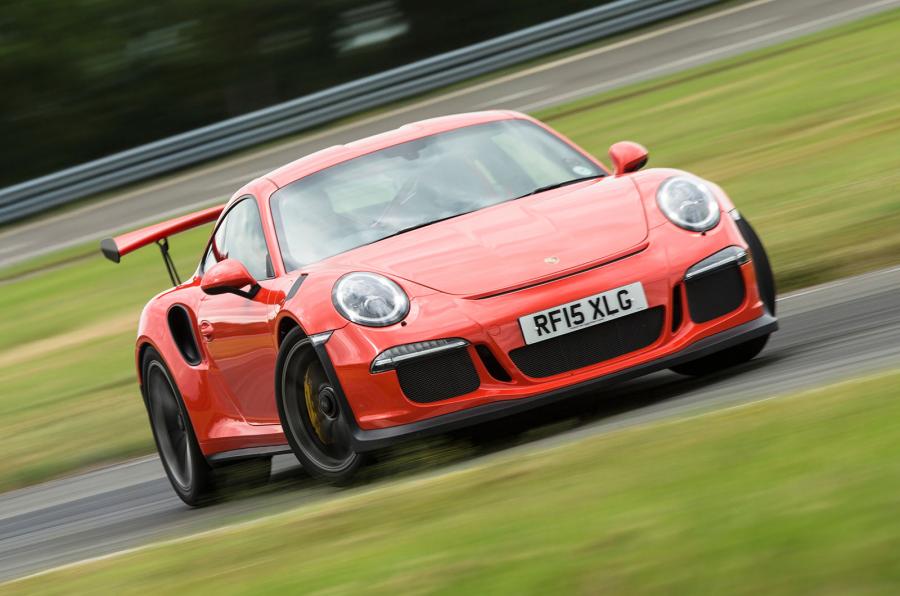 Porsche's new 911 GT3 RS completes our top 20, and completes the bubble of Porsche 911s on our leaderboard. The standard Ferrari F430 just missed out on a top 20 spot thanks to the GT3 RS, being just 0.1sec off the pace of Stuttgart's hardcore, lightweight 911.

They've got to be dissapointed by that result you'd of throught the relatively tight circuit with traction advantages would have been made for this car. That cars much older running on older tyre and brake tech are faster is also suprising.

So this story is published on this website after this weeks magazine comes out which has a full road test of the Lamborghini Huracan Performante which according to the road test lapped faster than the Porsche 918.