BACK TO ALL NEWS
Currently reading: BMW X5 styling leaks onto internet early
UP NEXT
Hidden gems: A peak behind the scenes at Beaulieu

Next BMW X5 will share underpinnings with the current 7 Series and have plug-in hybrid and performance variants. It's confirmed for launch in the second half of the year
Open gallery
Close

BMW's next-generation BMW X5 has been shown in images leaked onto the internet by a Russian car site.

Large twin kidney grilles take inspiration from other recently revealed models, while slim rear taillights mark the car out from the smaller X3. It's the first uncamouflaged look we've had at the car, although BMW officially previewed the SUV in hard testing shots a few weeks ago. 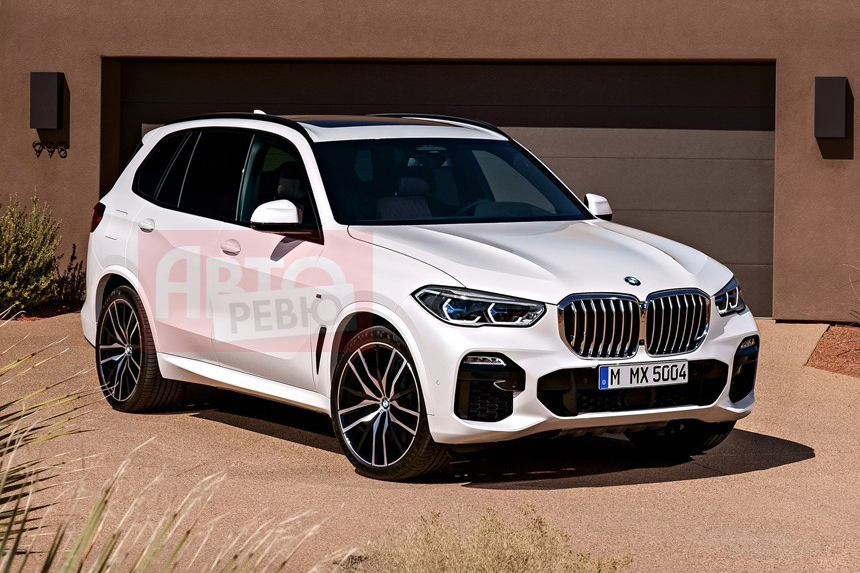 The X5 and BMW X5 M models tested in numerous conditions pre-launch, including the Nürburgring and Talladega circuit in Alabama, BMW's own proving ground in the South of France, and on public roads in Scandinavia, as the brand put the finishing touches to its Porsche Cayenne-rivalling model range. BMW boss Harald Krüger confirmed at the brand's Annual General Meeting that the X5 will arrive later this year; an October sales launch is anticipated.

Little information has been revealed alongside the shots, but BMW confirmed that an offroad pack will be able to change the car's characteristics to suit different terrains at the push of a button.

Previously, our spy photographers laid eyes on a new X5 M prototype that's been caught wearing production bodywork, providing a glimpse of what's to come from the most potent model. Beneath its nose is a heavily tweaked version of the current M SUV's twin-turbocharged 4.4-litre V8, and is likely to produce the same 592bhp as the latest BMW M5 super saloon.

That'd give it 25bhp more than the current X5 M and 30bhp more than the Porsche Cayenne Turbo S, ensuring the next X5 M becomes one of the market's most focused performance SUVs. The battle will heat up further when the next-generation Mercedes-AMG GLE 63, another of the X5 M's archrivals, reaches our roads at the start of next year with 603bhp from its new 'hot-vee' V8 motor.

BMW's performance push won't end with the new car's uprated powertrains, however, because, along with the rest of the new X5 range, the X5 M is set to benefit from the use of a much lighter structure. All models will be built using the same CLAR (cluster architecture) platform as the 7 Series, which incorporates steel, aluminium, carbonfibre and magnesium to offer a sizeable reduction in weight. 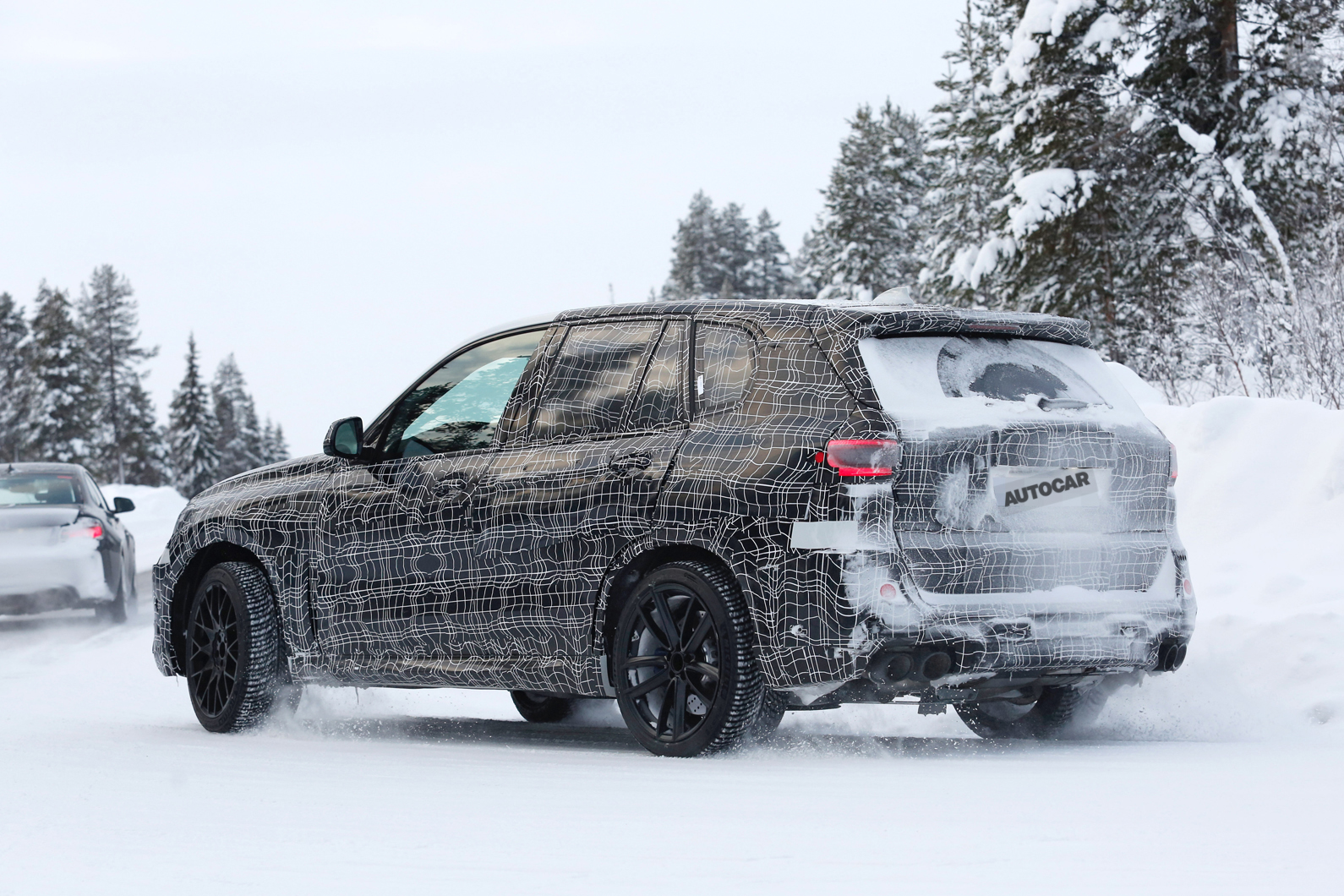 This diet will have a profound impact across the board, benefitting ride and economy in normal models while also edging the lightest model (currently it's the xDrive35i) below the two tonne mark for the first time. Expect the X5 M's straight-line performance to profit from this slimming, giving it strong potential to edge its 0-62mph time beneath 4secs.

Underneath the top M model will be another eight-cylinder-powered variant to replace the current xDrive50i. Using a less strained version of the 4.4-litre engine, its output will surpass 450bhp to align it close to the Cayenne GTS from Porsche. BMW will also continue to produce a plug-in hybrid variant that's likely to mix a 2.0-litre petrol engine with electric power, like in the current xDrive40e. Expect an enhanced all-electric range of more than 25 miles; the latest 5 Series with this engine is capable of 29 miles, although it is considerably lighter and more aerodynamic.

Despite ongoing pressure from regulators for diesel to be phased out, demand in the large SUV segment for oil burning engines remains strong. As such, BMW will continue to offer diesel power but all of its models will feature new particulate filters to conform to the upcoming Worldwide Harmonised Light Vehicles Test Procedure (WLTP), which comes into force this September, as well as increased turbo pressure. As such, the X5's 2.0-litre four-pot and 3.0-litre six-pot diesel options will remain in the line-up, but offer significantly cleaner tailpipe emissions along with improved economy. 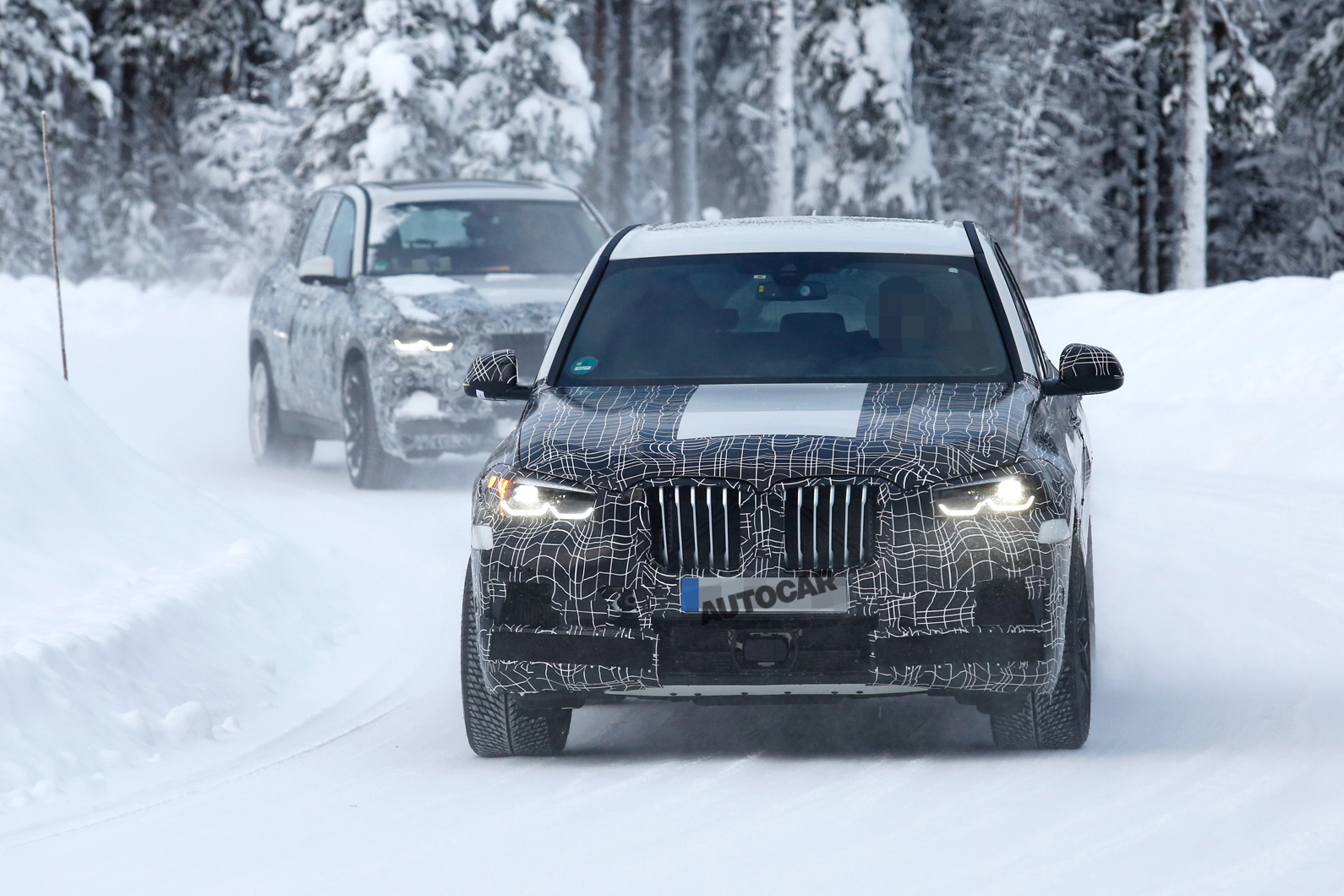 The X5 will match its latest CLAR siblings, which also include the new 5 Series range and next 3 Series, by gaining the latest version of its iDrive cabin technology. Expect the gesture control of the 7 Series to filter into the X5, but the new tech won't spell the end of the rotary control located on the transmission tunnel. This feature will remain the main way to control the infotainment system.

The 7 Series's Level 2 autonomous capability - allowing it to control throttle, brakes and steering, but requiring a human to keep their hands on the wheel - will be incorporated into the X5, as will its self-parking function that allows the driver to step out of the car and engage the technology remotely.

Also borrowed from the 7 Series will be two-axle air suspension, although it'll be an option for the X5 (it's standard on the 7 Series saloon). This will give greater control of ride height than the current X5's rear-axle-only air suspension, while also enhancing ride comfort further. Lower ranking models will make do with steel springs but be available with adaptive damping technology to broaden their capabilities over a variety of surfaces.

The next X5 will be the first BMW SUV in non-coupé form that doesn't sit atop of its range. This crowning position will be taken by the X7, which is due on roads this December and was previewed with the X7 iPerformance concept at the 2017 Frankfurt motor show. BMW has released official images of its development car since, showing how much larger it will be compared to the X5.