BACK TO ALL NEWS
Currently reading: 2018 Mercedes-Benz GLE and GLE Coupe: preview released
UP NEXT
Ford Kuga drops diesel option due to falling sales

Mercedes-Benz will launch its next generation GLE and GLE Coupé models at the Paris motor show this September. The closely related models will have cabins equipped with the latest technology and new plug-in hybrid variants in a bid to take the fight to BMW's X5 and X6.

The current GLE - codenamed W166 - made its debut in 2015, and this successor, the W167, will continue to face that car's incumbent rivals, the Porsche Macan and Range Rover Sport, when it arrives in showrooms early next year.

The 2019-model-year GLE is described by senior officials from Mercedes’ R&D headquarters in Germany as a “clean sheet design” with little relationship to the current model, which was launched under the M-Class banner in 2011 before being rebadged as part of a midlife facelift in 2015.

Mercedes has offered a first official glimpse of what's to come, providing a murky preview image (above), as well as sketches (below and gallery) of the GLE's new cabin, which features twin digital displays for the instruments and infotainment functions within a single panel. Unlike the free-standing units used by the A-Class, E-Class, G-Class and S-Class, however, the digital panel in the new GLE is mounted below the upper section of the dashboard.

The German car maker’s boss of interior design, Hartmut Sinkwitz, said this provides a more integrated appearance: “We wanted to integrate the panel more seamlessly. It provides a greater feeling of sturdiness". Sinkwitz has played an important part in the transformation of the interior design of Mercedes models in recent years. 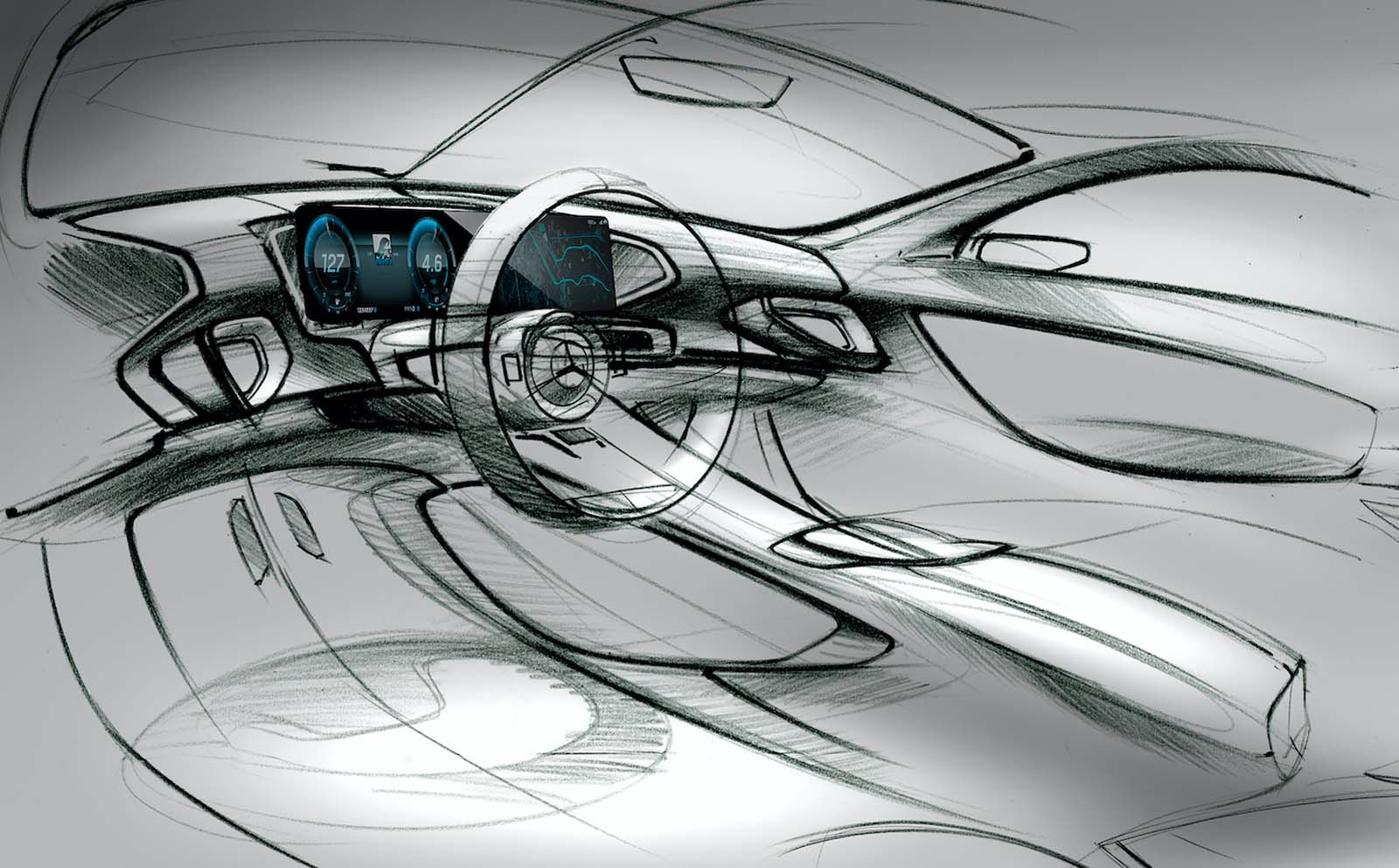 The GLE's panel supports two 12.3in digital displays as standard. They are supported by a new multi-function steering wheel featuring 18 controls, including two touch-sensitive pads within the horizontal spokes, as well as a larger touchpad within the centre console that replaces the rotary dial used by the outgoing GLE.

As with the new A-Class, the instruments and infotainment system operate via a new MBUX (Mercedes-Benz User Experience) interface that supports conversational speech and information gathering via the Mercedes Me app.

Sinkwitz suggested improvements in component cooling has allowed Mercedes to better integrate the digital instrument and infotainment panel within the GLE: “We’ve improved the operation. There’s less heat build-up than we had before.”

Further interior elements of the new GLE previewed in the official sketches include a near-vertical steering wheel and a wide centre console featuring two prominent grab handles. As in the existing GLE, the gear selection is via a direct shift stalk on the steering column rather than a traditional gear lever, a measure that frees up space for two large cupholders within the forward section of the centre console. 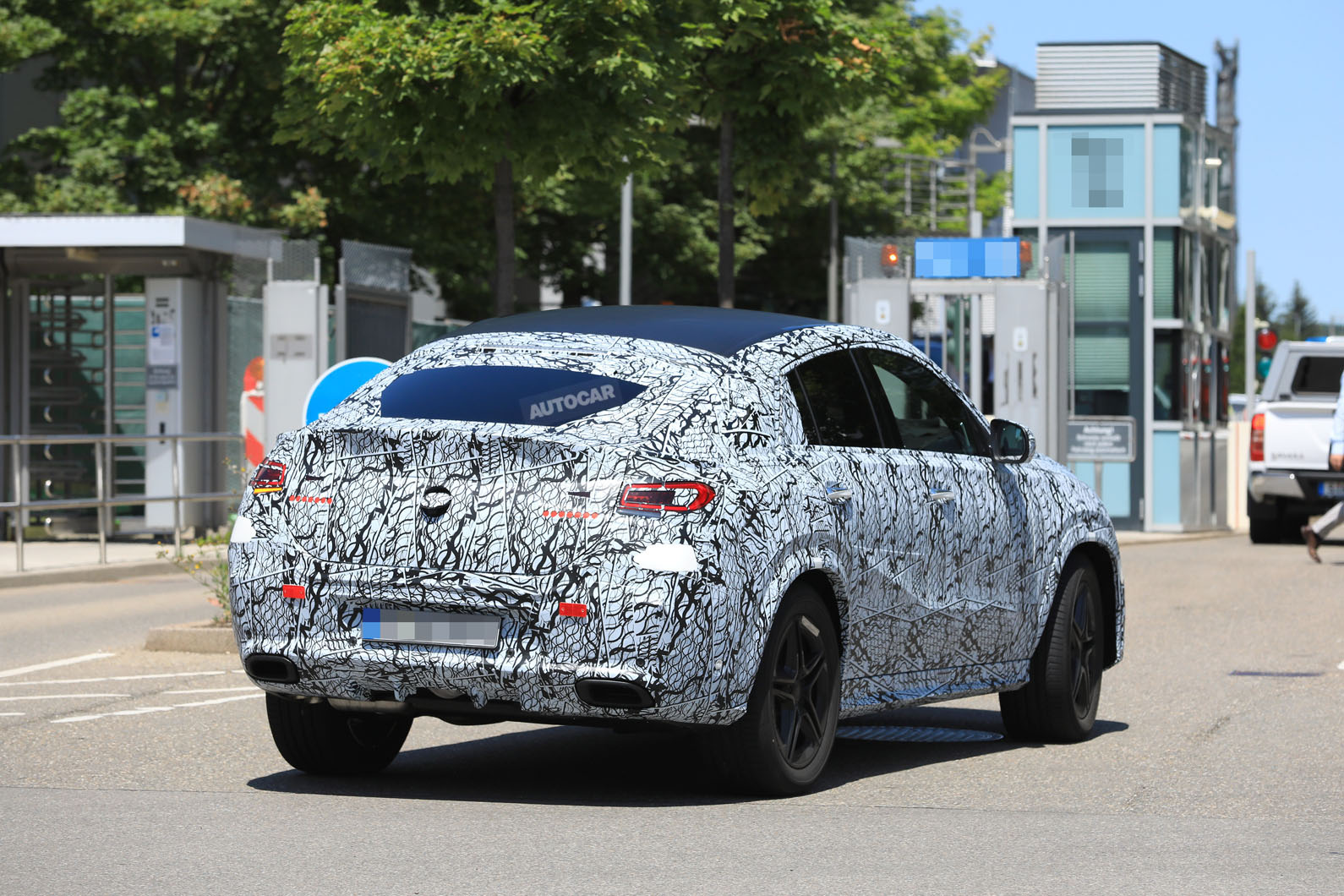 Power is expected to come from an updated list of turbocharged four and six-cylinder petrol and diesel engines, as well as a new plug-in hybrid option. The latter is important to ensure the car can conform to strict emissions legislations in key markets, including China, which dictates that a car must be capable of zero-emissions running.

Like the current car, a hot AMG GLE 63 version is due, where it is expected to use AMG's twin-turbocharged 'hot vee' V8 engine, in place of the current car's older 5.5-litre unit. The more efficient unit is good for 603bhp in other applications, such as the AMG E 63 S, but the biggest improvements over the 5.5-litre come with efficiency and its lighter weight, which should lend to more responsive handling.

AMG's current GLE model is no slouch, accelerating from zero to 62mph in 4.2sec, so its more potent and lighter successor could edge this heavyweight's sprint time into the realms of proper supercars. Its arch-rival, the BMW X5 M, is due on roads later this year with 592bhp, ensuring close competition. 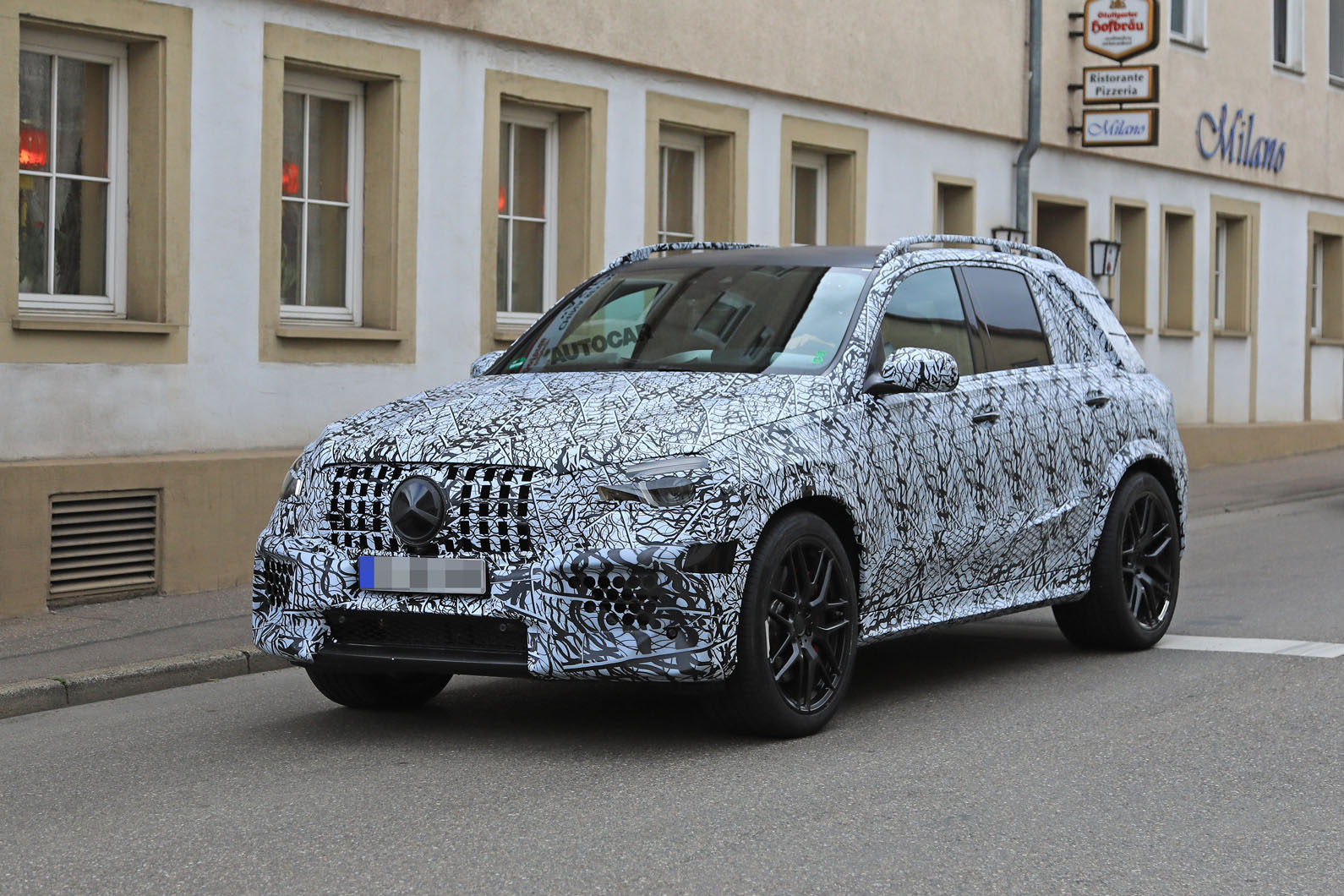 A development car for the GLE 63 has been spotted wearing a 'Panamerica' front grille, linking it to other AMG models such as the GT sports car, which the grille was first featured on.

The GLE 63 is expected to arrive a little later, with a reveal likely in the early months of 2019 at a US motor show, because the model is built in America. ​

That's 2 ft of screen, no wonder cars are getting wider!

As these manufacturers build their SUV's with ever smaller/lower rear windows (god knows why - I like to see who is creeping up behind me!), the rear wiper becomes more and more ineffective at clearing a usable area of the glass. They are reaching a point now where they will need twin wipers.

'will continue to compete with the Porsche Macan'