BACK TO ALL NEWS
Currently reading: Autonomous BMW 7 Series models to test on public roads this year
UP NEXT
Motoring heroes: the most inspiring people in the car industry

Around 40 BMW 7 Series test cars will venture onto public roads in Europe and the US later this year to develop driverless systems for future production models.

The three companies have been working together since last July in developing a scalable autonomous tech package that can be fitted to different models and offered on the market for use by other car brands. The adaptable system will be fitted to 7 Series models and further developed in real-life traffic scenarios from the second half of 2017. Klaus Fröhlich, member of BMW's board of management for development, said of the announcement: "Making autonomous driving a reality for our customers is the shared ambition behind our cooperation with Intel and Mobileye. This partnership has all of the skills and talent necessary to overcome the enormous technological challenges ahead and commercialise self-driving vehicles.”

Fröhlich added that BMW was welcoming other companies to join it and its partners in developing the scalable architecture, and cited BMW’s first autonomous model, the iNext, which is due in 2021, as the first model to benefit fully from the project. 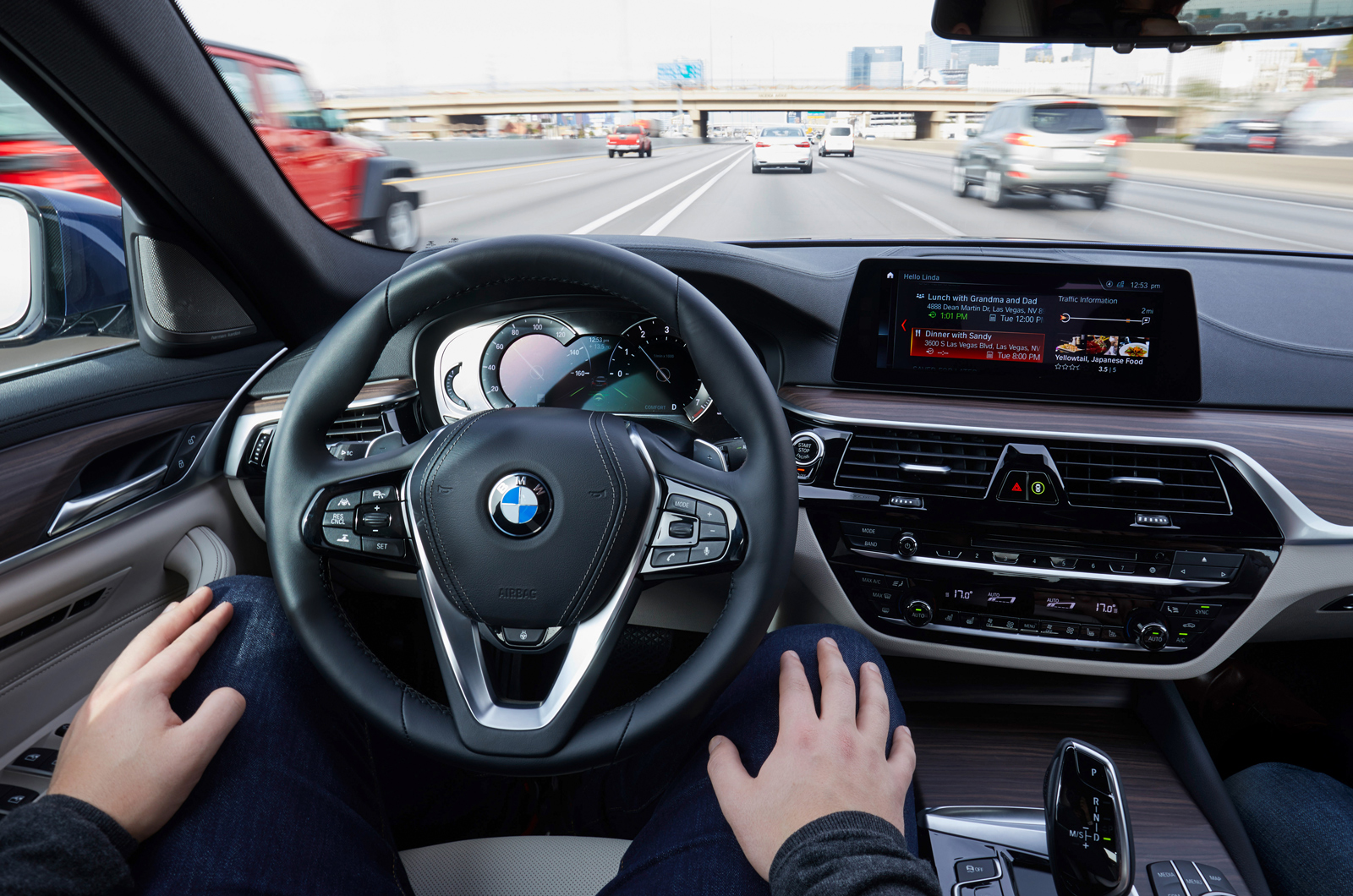 Intel’s role in this partnership centres around its high-performance computing technology that enables the vehicle to communicate with a data centre. The system uses artificial intelligence (AI) to plan routes, assess the local environment and constantly make new decisions.

Mobileye’s technology processes and interprets information collected by a car’s 360deg vision from cameras, radar, and lidar (laser) sensors. It works directly with Intel’s systems to create a car’s Central Computing Platform, where all autonomous driving decisions are made.

Isn't the photo of the new 5

5 January 2017
Isn't the photo of the new 5 series? Mind you, it looks so similar to the 7 Series which is being described in the article. Good old German one-size-fits all styling....

Isn't the photo of the new 5 series? Mind you, it looks so similar to the 7 Series which is being described in the article. Good old German one-size-fits all styling....

You are correct, it's the new 5 in the photos, not the 7. But talking of 'one size fits all styling' it's not only the Germans that do it. Your beloved Jag also does it, as the barely distinguishable XE and XF attest.

5 January 2017
Bmw appears to already giving up with driving in general and now I can see why. As far as I am concerned renting or taking public transport would be a much better idea. Why would I want to own a car I didn't even drive?

5 January 2017
I think Autocar needs to introduce a sister magazine entitled Autonomous Car. That way the increasing number of articles on this subject can be incorporated into a publication that caters for those not interested in the thrill of driving.