BACK TO ALL NEWS
Currently reading: Audi Q5 to introduce next-generation plug-in hybrid powertrain next year
UP NEXT
How Matt Windle is putting Lotus back on the map

The Q5 will be the first Audi to get the new petrol-electric set-up, which promises to push electric-only range above 40 miles
Share
Open gallery
Close
Share story

The new Audi Q5 range will receive its first hybrid variant, the Q5 e-tron, next year.

This is set to be the first Audi to adopt a next-generation powertrain that will provide up to a third more range than the outgoing system, which provided the A3 e-tron and Q7 e-tron with 31 miles of electric-only range.

According to Audi powertrain director Siegfried Pint, the next generation of PHEVs will get 20-30% more zero-emission range, equating to up to 42 miles. He confirmed that an A6 e-tron would follow, and a Q3 e-tron is also expected.

Audi recently confirmed that it will launch 10 plug-in hybrids and 10 electric cars by 2025. 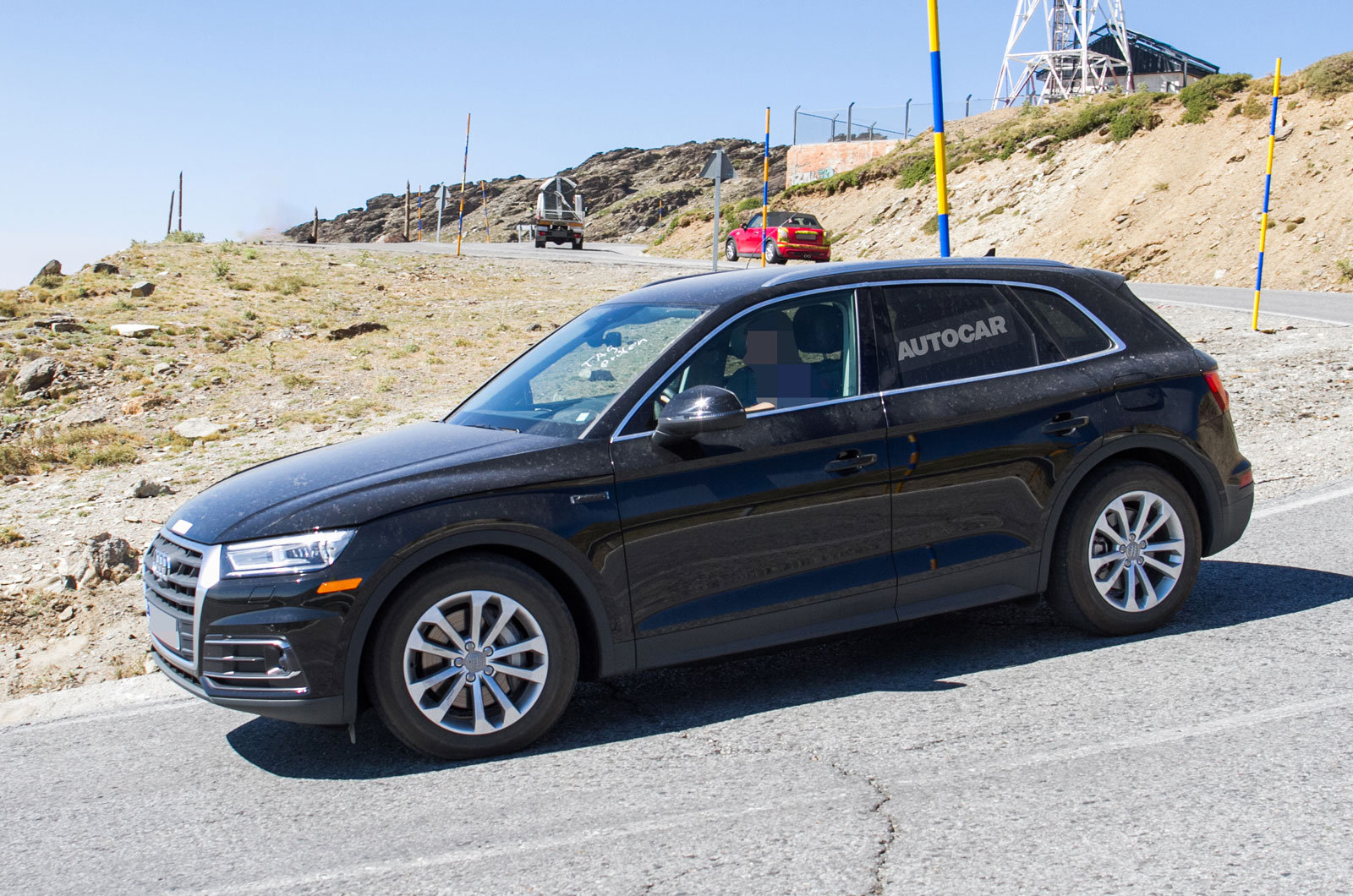 The Q5 e-tron, which has been spotted testing in the US, will be powered by Audi’s EA888 turbocharged 2.0-litre four-cylinder petrol engine with 188bhp and 236lb ft. An electric motor mounted to the seven-speed automatic gearbox will inject a further 108bhp and 221lb ft.

The car is expected to power its front wheels directly with the combustion engine, while the electric motor located at the rear sends drive to the back axle. This will earn the car its quattro tag. It’s expected to be the quickest 2.0-litre-powered Q5 available.

No major changes are expected for the rest of the car over other Q5s, meaning it’ll retain electromechanical steering and Dynamic suspension and will be offered with the Virtual Cockpit digital instrument display. 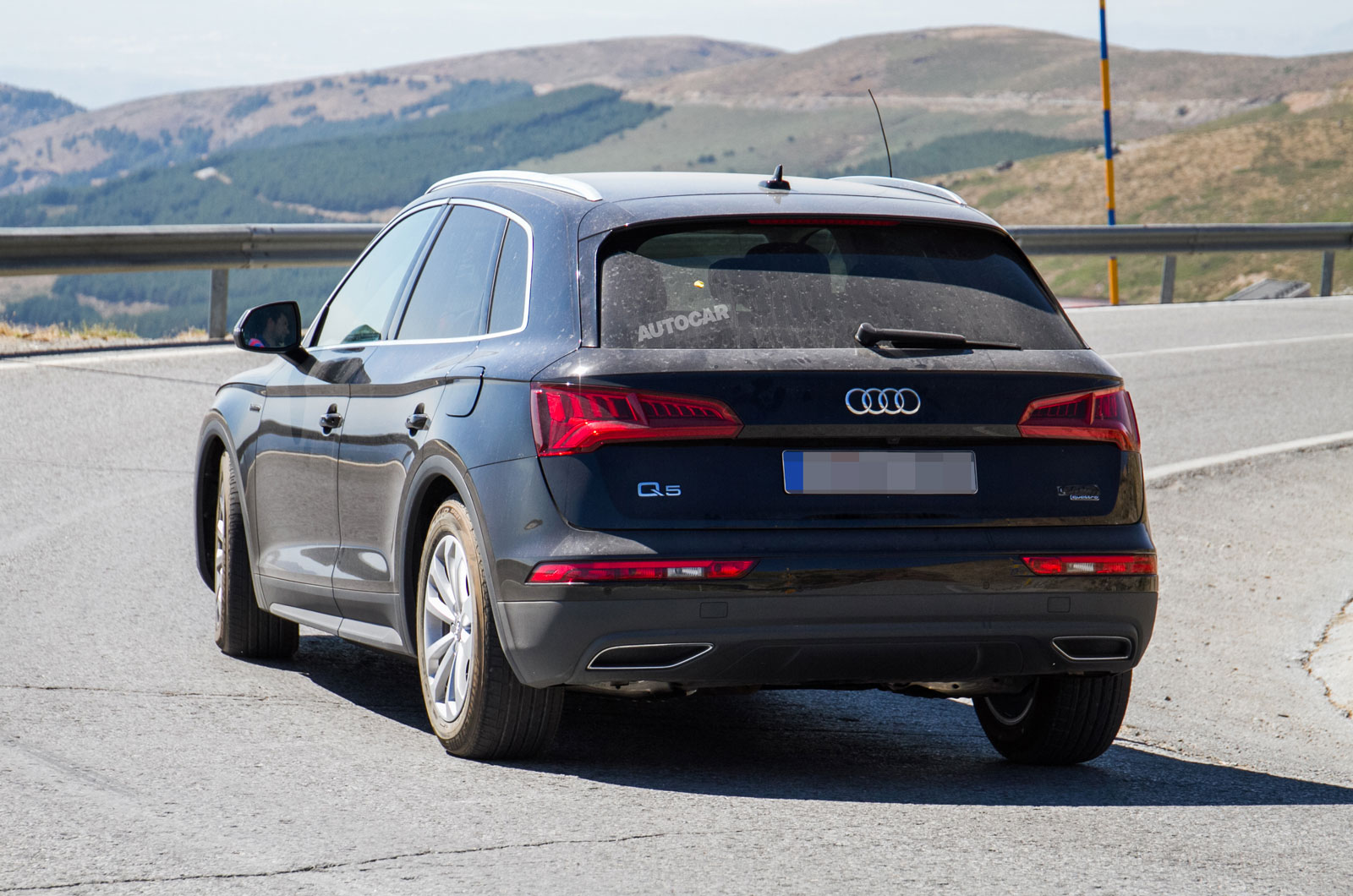 No major changes will be made to the car's design, either, aside from the application of e-tron badging.

Audi has remained tight-lipped about the Q5 e-tron, but sources expect it to be revealed late in 2018, shortly after its upcoming rival, the BMW X3 xDrive40e. First deliveries should therefore take place in early 2019.

How Audi aims to be a leader in electric cars

Thats a good increase, 40 miles is enough of an increase for most people’s daily return commute. It would be better news if they put this in the small Q2/Q3.

I'm not the greatest fan although and increase in electric only range is plus.

I feel their main draw is the current tax set-up, problem is it can be withdrawn at any time.

Some... credit to Audi for

Some... credit to Audi for taking notice of our company car tax system that has a lower tax band for +40 mile range hybrids.

I was disappointed when Mitsubishi rehashed the Outlander that although they put a bigger battery in, it was not enough to stretch a few more miles to 40 official range.