BACK TO ALL NEWS
Currently reading: Audi Q4 Sportback E-tron is maker’s seventh EV by 2021
UP NEXT
How Max Chilton and the McMurtry Speirling conquered Goodwood

The Q4 Sportback E-tron is mechanically identical to its Q4 E-tron sibling, unveiled at the Geneva motor show last year. Both models will arrive at the same time, with the SUV version predicted to be more popular.

The model, along with its sibling, is the first Audi to use the Volkswagen Group’s MEB platform. A spokesman said the platform is the “cornerstone of Audi’s electric campaign,” adding: “We are using it for the high-volume electric segment. The synergies in the Group make EVs ready for the mass market.” It is one of four electric platforms Audi is using, two of which are co-developed with Porsche. 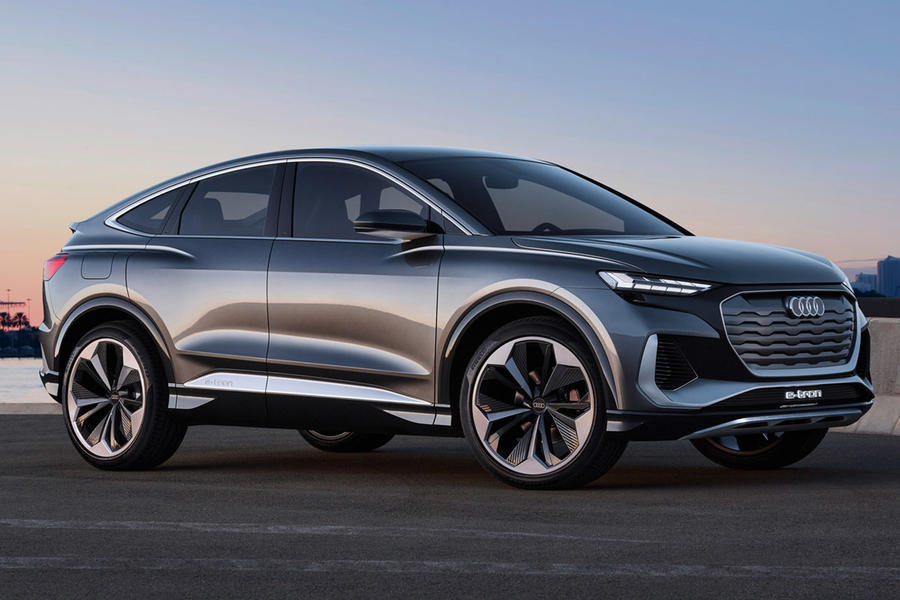 The dimensions of the two Q4 models are almost identical, giving it a slightly smaller footprint than the Audi A3. At 4.6m long and 1.6m high, the Q4 Sportback is 1cm longer and lower than the Q4. Width remains the same at 1.9m with a wheelbase of 2.77m.

While both the Q4 Sportback pictured here and the already-seen Q4 are concepts, next year’s production versions will be very similar. Talking about the Sportback, its exterior designer Amar Vaya said: “It’s 90% there - we have made the concept a bit wider and a bit lower - and some bumper details will change. There will be door handles [rather than the concept’s flush handles].”

On the biggest design challenge on the car, Vaya commented: “The section around the A-pillar was the hardest. The wheels are really pushed out to the corners which is great for designers. But the A-pillar is so far forwards, at first we were troubled that it almost had a mini-van silhouette. We created this sculptured shut line from the bonnet to the wing mirror to give the appearance of a long bonnet.” 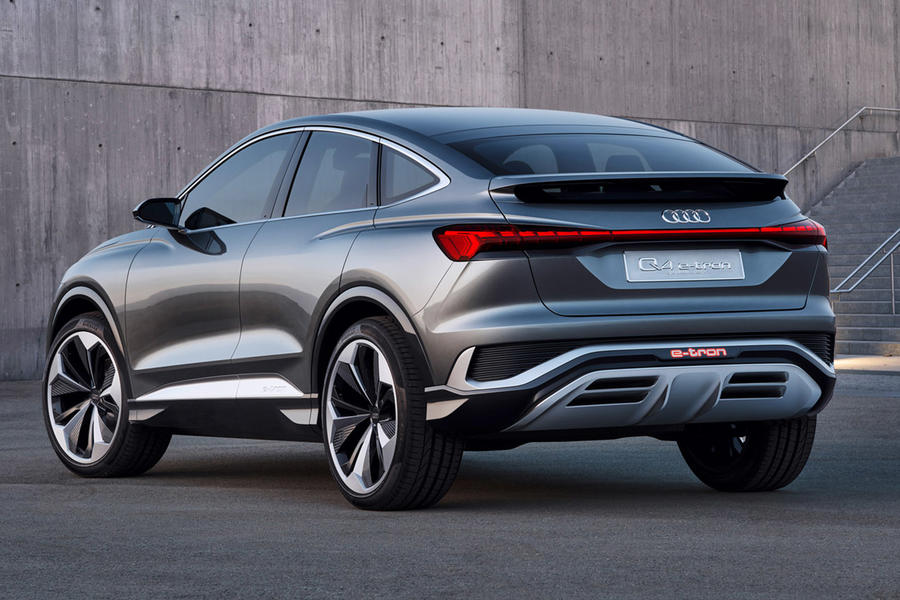 The model keeps the single-frame grille for which Audi is known but echoes other E-tron models with a slightly different interpretation including a closed grille given air flow is no longer needed for engine cooling. It features Audi’s new digital matrix headlights which can be customised to a user’s tastes, while the light across the rear echoes top-range cars such as the Audi A7 and Audi A8.

The four-wheel-drive model has two electric motors, one at the front and rear axle, creating a system output of 225kW. It delivers 302bhp and 306lb ft of torque, achieves 0-62mph in 6.3secs and “for reasons of efficiency” has a top speed of 112mph.

Also for efficiency, the model mainly uses its rear electric motor - which independently produces 229lb ft of torque - but if more power is needed, the electric all-wheel drive uses the front motor to redistribute torque as required to the front axle. This also happens predictively in tricky conditions, such as ice or when cornering fast.

The model is capable of 280 miles of range on WLTP. In rear-wheel drive, this increases to 311 miles. The underfloor battery is an 82kWh capacity unit that can be charged at a maximum of 125kW, resulting in an 80% charge in 30 minutes. 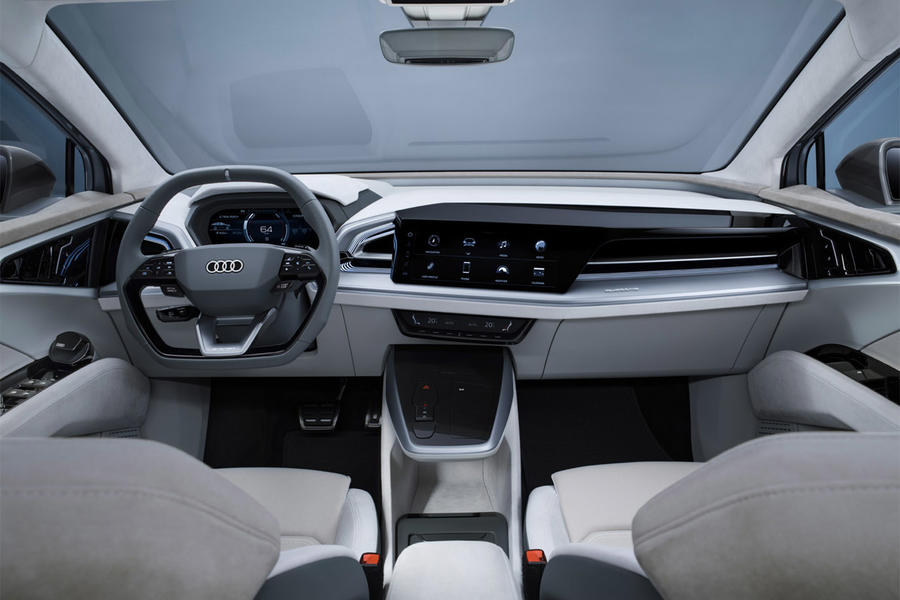 The interior is identical to the Q4 E-tron, with a digital cockpit, 12.3in touchscreen tilted towards the driver, new augmented reality head-up display and new e-tron shifter. Physical buttons remain to control the air conditioning.

Light materials on the upper section of the cabin are intended to “emphasise the sense of spaciousness” while Audi said “sustainability is top priority”. The floor coverings are recycled materials while the seats use Alcantara. As is typical of an EV platform with a long wheelbase, Audi claims the passenger space and boot offer space similar to a model in the next class.

Of the seven Audi EVs to arrive by 2021, the Audi E-tron and E-tron Sportback are already on sale. A hot E-tron S has recently been revealed and there is also a Q2 L E-tron for China only. The E-tron GT, Q4 E-tron and Q4 Sportback E-tron will launch next year. Other models not yet confirmed could be the flagship A9 E-tron and a production version of the AI-ME, considered a spiritual successor to the A2 and named A2 E-tron.

A lot better looking than the ID4 it's based on, IMHO

Making so many electric cars is a brave move by VW group. Especially when it's not proven that the market is big enough to sustain it.

Is this really an Audi, the

Is this really an Audi, the same carmaker who gave us the stylistic purity of the TT and other models in the 80s and the 90s?

From Bauhaus to Baroque in a little over a decade is quite a negative achievement. (Ditto BMW and Mercedes)