Audi has refreshed its Q5 SUV with a subtle redesign, an upgraded infotainment system and mild-hybrid engine technology in line with the recently updated A4 and Q7.

Just one engine is available from launch: a turbocharged 2.0-litre four-cylinder diesel equipped with a belt-integrated starter-generator for 12V mild-hybrid functionality.

This technology, already available on several other Audi models, allows for engine-off coasting and can activate the engine start-stop function at speeds below 13.7mph. 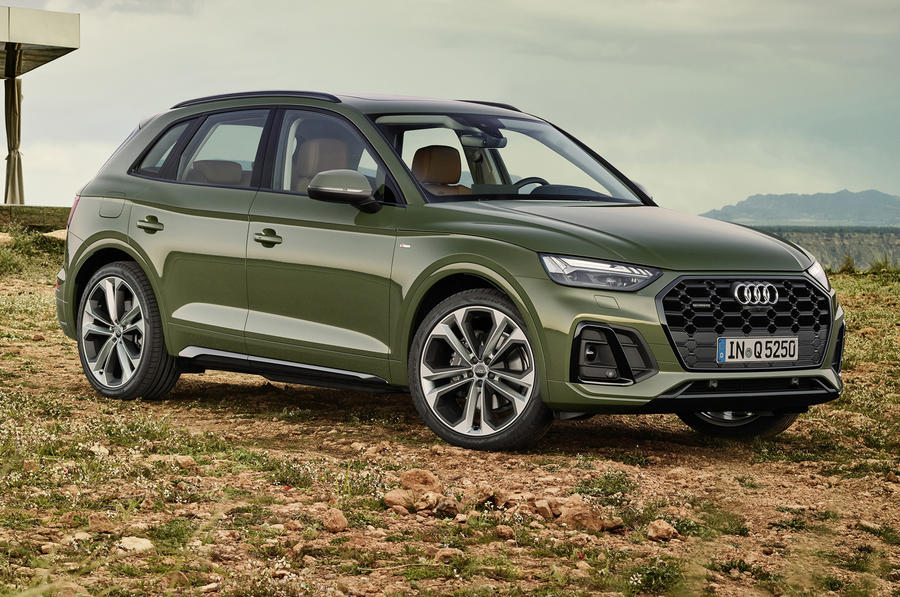 Performance figures are slightly improved, too, with the Q5 capable of accelerating from 0-62mph in 7.6sec – roughly half a second quicker – and hitting a top speed of 138mph, up from 135mph.

Two additional variants of the 2.0-litre diesel with different power outputs will be added to the range later, alongside a diesel V6 and a pair of 2.0-litre four-cylinder petrol engines. The TFSIe petrol-electric plug-in hybrid will also return in two states of tune.

Chief among the styling changes to the Q5 is a reshaped front grille that sits shallower and appears wider than that of the current model and is flanked by taller air intakes with trapezoidal inserts.

New door sill inserts at the side give the impression of enhanced ground clearance, while a new diffuser insert and contrasting strip across the bootlid help set the updated Q5 apart from the current car. The new bumper designs make it 19mm longer, at 4680mm.

Inside, the Q5 joins the A4 in adopting the new free-standing central 10.1in touchscreen with the third generation of Audi’s MMI infotainment software, which is said to be 10 times as powerful as its predecessor but ditches the dial controller. 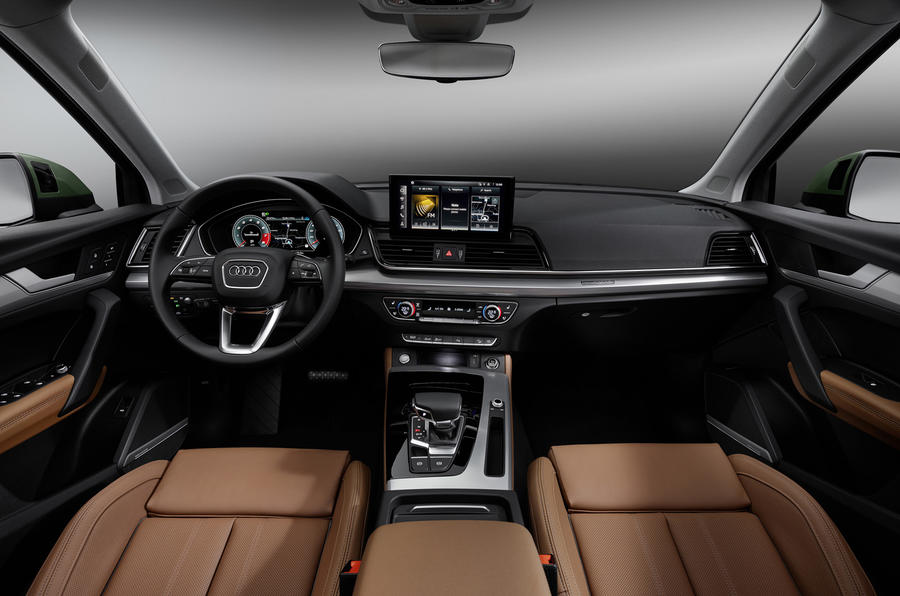 Its menus are searchable using a touch-sensitive keyboard or voice control, while its sat-nav offers high-resolution images from Google Earth and live traffic data.

Also making its debut as an option on the 2020 Q5 is Audi’s new OLED lighting technology, which allows buyers to choose from a range of personalised lighting patterns; OLEDs emit both light and colour from the same diode so can quickly change their configurations. Three different signatures can be specified, each of which has its own design for leaving and arriving home.

The Q5’s rear lights are now also equipped with a proximity sensor and will fully illuminate if another vehicle comes within two metres of the car’s rear bumper when it’s stationary.

As part of the update, Audi has introduced a special Edition One version of the Q5. This is marked out from the standard car by black badging and trim elements, red-painted brake calipers, 19in alloy wheels, sports seats and a choice of black, white, blue and green exterior paint finishes.

UK pricing for the updated Q5 has yet to be confirmed, but a starting price in Germany of €48,700 currently translates to £44,200 – an increase of roughly £1000. Order books are expected to open in July, with deliveries planned to commence this autumn.

isnt looking too expensive compared to this.

I actually quite like it. Though not enough to swing any of you guys from your opinions.
A lot of dosh though.
Ski Kid 29 June 2020

Agree with you all

It's  a dumpy looking car,not very aspirational but may be cheap on a subsidised pcp that is why it will no doubt sell