BACK TO ALL NEWS
Currently reading: Audi E-tron GT set for 2020 LA debut
UP NEXT
Alfa Romeo to show new sports car in early 2023

The long-awaited Audi E-tron GT will make its public debut at this year's LA motor show, According to Audi design boss Marc Lichte.

Although Lichte did not explicitly name the upcoming car, his promise at the 2019 LA show that “in one more year here we will present our coupé” was almost certainly a reference to the production model of the GT, which was initially previewed in concept form in 2018.

The four-door sports saloon, sister car to the Porsche Taycan, will be the third of Audi’s stand-alone electric models, following the Audi E-tron and the recently revealed E-tron Sportback. A compact electric model is also due. By 2025, Audi will have 12 electric models.

The sleek, Audi A7-sized model will be the flagship of Audi’s electric line-up, falling under the custody of the brand’s Audi Sport performance arm. 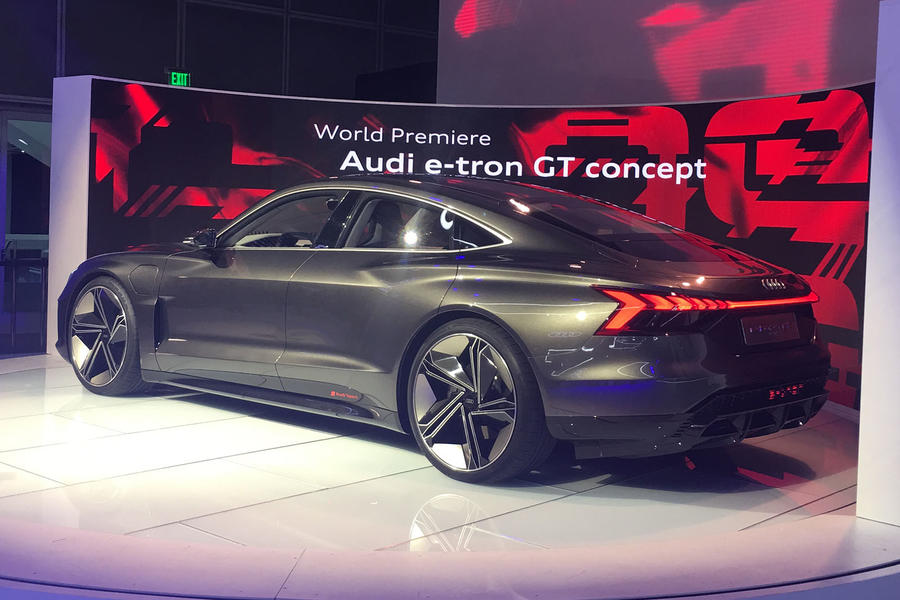 It will offer 248 miles of range on the WLTP cycle and, most notably, be capable of charging at 350kW. This will dramatically reduce charging times, meaning that an 80% fast charge will be achievable in under 20 minutes. Currently, a similar level charge takes more than double that time.

For at-home charging, as well as using a traditional cable, Audi will offer a wireless charging option via an induction plate.

The GT concept’s two synchronous motors, one at the front and one at the rear, produce a collective 582bhp power output, enabling it to accelerate from 0-62mph in 3.5sec with a top speed of 149mph. Torque is transferred to the wheels via the quattro permanent all-wheel drive with torque vectoring.

The GT’s 96kWh battery takes up the entire underfloor area between the front and rear axles, giving the car a centre of gravity comparable to the Audi R8.

There is also all-wheel steering, all of which creates a “sports car-like agility and precision,” said Audi. “The 96kWh battery is the perfect combination for performance, charging time and range,” added Holischka. 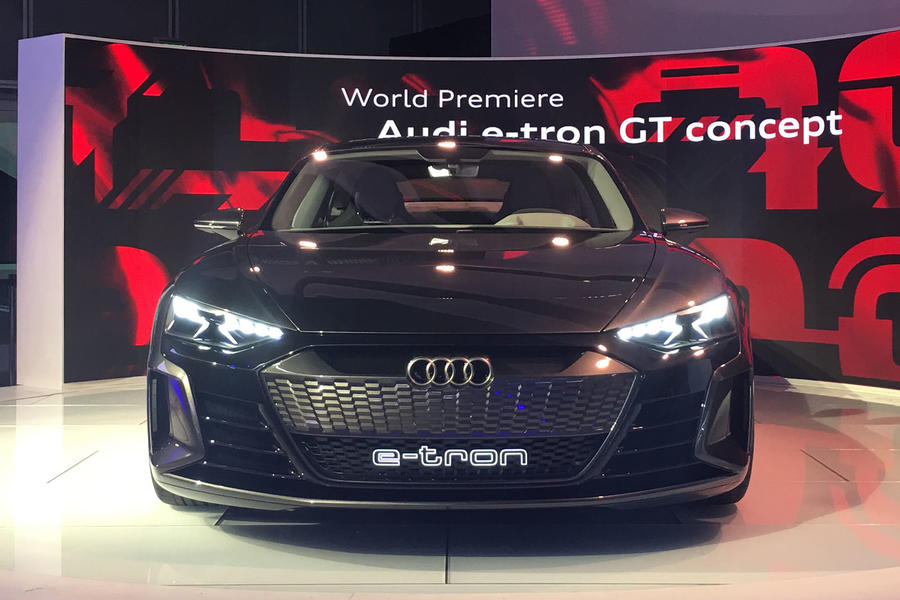 The E-tron GT is set to use the same J1 platform as the recently unveiled Porsche Taycan, which employs a flat battery, suitable for a low-sitting performance car.

When asked about other similarities between the two cars, Holischka said: “The Taycan will be a different character. We’ve tried to differentiate as much as possible. The [Porsche and Audi] designers were in close contact all the time.”

The body is made from a mixture of aluminum, high-strength steel and carbonfibre.

Lichte added that there are a number of design elements for aerodynamics. For example, it has a dynamic spoiler that can be moved depending on whether a driver wants to focus on performance or economy. There are two front air curtains for the Audi Sport model, as well as specially designed wheels for better aero.

Talking about the broader design, Lichte said: “In the past, we did expressive design on the bonnet to accentuate the engine. Now we highlight the sill where the battery sits.” 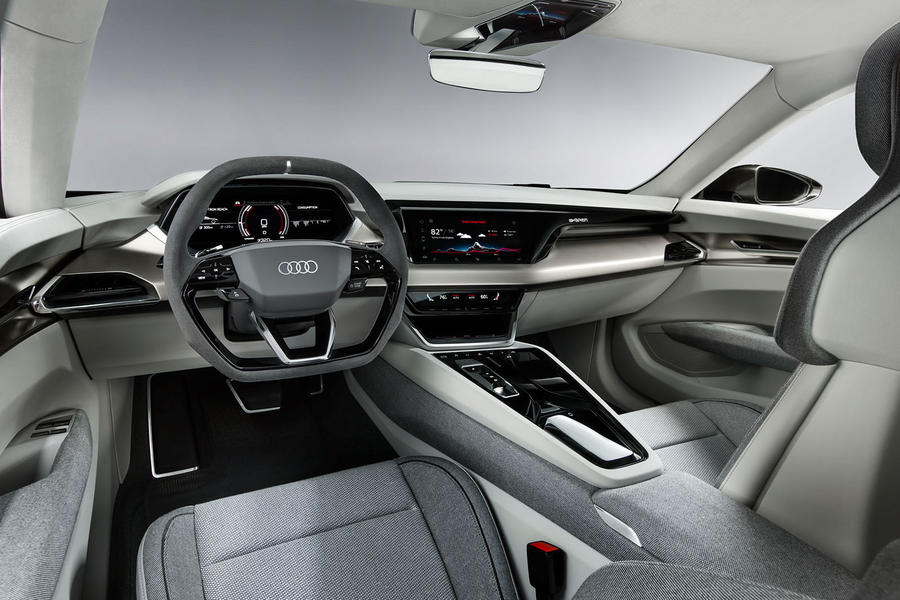 Inside, the GT has a 3D dashboard, which has a touchscreen integrated, so if it’s not being used, it blends into the dash. The steering wheel is flat at the top and bottom; while a flat-bottom wheel is in existing RS models, the feature at the top and bottom will only appear in future electric RS cars.

The model also uses vegan materials as an alternative to leather. There is synthetic leather on seats, fabrics from recycled fibres on seat cushions, and the floor mats are made from used fishing nets.

There are two storage compartments, a 450-litre boot (equivalent to an Audi A4) and another 100 litres under the bonnet.

The model will be built at Böllinger Höfe, Germany, where the R8 is currently made. Pricing is expected to come close to £100,000.

Comment: car makers are looking beyond emissions to create a greener world

All the details on the Audi E-tron

Good point! 500km range should be a minimum.

Well until battery technology improves, that is probably the best you can hope for.

Looks more like a Peugeot 508 viewed from side, rear quarter and the dashboard!