BACK TO ALL NEWS
Currently reading: 2019 Renault Captur to get more radical styling update
UP NEXT
UK EV charging network to improve after "horrible" summer

The second-generation Renault Captur, due later this year, will be a much bigger step in design to its predecessor compared to the new and outgoing Clio, said design boss Laurens van den Acker.

The Captur, which when it launched was one of the first in a now-saturated small SUV segment, has remained at the top of the sales chart in Europe despite its age.

Van den Acker said the new model will be focused on everything: “technology, interior, exterior”.

He continued: “The Captur is in the most dynamic market segment in Europe. The car industry has become so competitive – if your product is not 100% perfect, you are going to have a very tough life.”

The Captur will launch with petrol, diesel and plug-in hybrid variants. It is the second, following the Clio, in an onslaught of new hybrids in the car maker’s range. It will use an 89bhp petrol engine mated to a 40bhp electric motor and 9,8kWh battery, which promises an electric-only range of 25 to 30 miles.

The Nissan Juke and Peugeot 2008 rival is due to arrive in the middle of next year, a few months after its platform-sharing supermini sibling: the fifth-generation Clio.

The latest spy shots have given a glimpse of the upcoming crossover's design, which despite the extensive disguise of the test mule, shows how the Captur will evolve.

The familiar curvy front end with an oversized Renault badge is clearly visible, although the high bonnet line takes inspiration from the larger Kadjar SUV. A more steeply rising waistline with a broader shoulderline can be seen behind the camouflage, as can a pinched rear window and sloping roof. 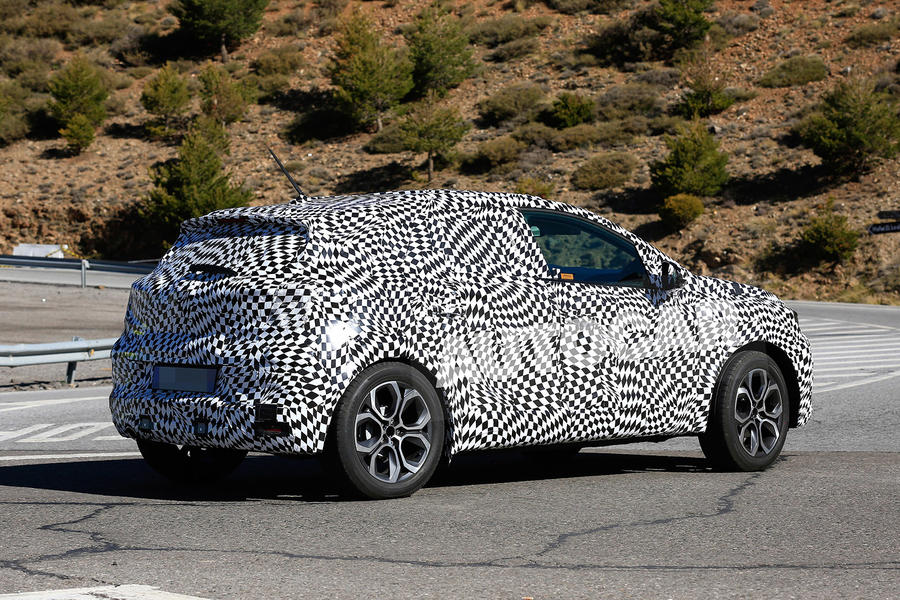 As with the new Clio, Renault will make more extensive changes to the Captur's interior design than the exterior. A technology upgrade is the brand's top priority for its B-segment models, and we're expecting to see a Tesla-style portrait infotainment system adapted from that found in the latest Mégane. A raft of semi-autonomous driver assist features, shared with Nissan's upcoming ProPilot system, will also ensure it has the high-tech appeal of premium-badged rivals.

Both the Captur and Clio will be based on a modified version of the existing CMF-B platform, shared with the latest Nissan Micra. New 1.0-litre and 1.3-litre turbo petrol engines - the latter co-developed with Mercedes and seen in the A-Class - will be drafted in to improve performance and efficiency, while a 1.5-litre diesel unit will also be offered.

Like many crossovers, sales of Renault's Captur have been climbing steadily, with more than twice as many sold in 2016 (215,000) than the brand shifted in 2013 (84,000). Only in the past year have sales started to tail off as newer models, such as the Seat Arona, attract buyers. With the new model expected to be on sale by the summer of 2019, it could help the French car maker regain ground in the sector.

Renault-Nissan-Mitsubishi to launch Google-developed infotainment in 2021

The social phenomenon has grown by leaps and bounds, along with the imaginative creations found within its digital borders.

Wow what a shortcut features

Wow what a shortcut features have been added to know the outlook sync settings windows 10 after know this function there is lots of help yu have seen.

Usual comments by the trolls