You might not expect Denmark to be a hotbed of motorsport talent, but the country has in recent years produced a surprising number of sports car drivers. And, for reasons that nobody can quite explain, a lot of them having ended up racing for Aston Martin.

The Dane Train, as it has become known, first ran in 2012, when Christoffer Nygaard, Kristian Poulsen and Allan Simonsen teamed up in the Le Mans 24 Hours’ GTE Am division in an Aston Martin Racing Vantage GTE. Since 2016, the Dane Train has comprised Marco Sørensen and Nicki Thiim, who won the GTE Pro division of the FIA World Endurance Championship (WEC) that season and currently lead the 2019/20 standings in their Vantage AMR. The pair, joined by veteran Brit Richard Westbrook, are among the favourites for a class victory at Le Mans this weekend.

Why is Denmark such fertile breeding ground for Aston Martin drivers? “It’s hard to explain,” shrugs Sørensen. “It has just become a thing. It’s hard to beat the Dane Train, you know.”

Thiim was the first of the duo to join Aston. He became part of the Dane Train when he was a Porsche GT3 driver, drafted in to race in selected events following the tragic death of Simonsen in a crash at Le Mans in 2013. “Denmark has always produced good racing drivers from when my father [Kurt Thiim] and John Nielsen were driving, then Jan Magnussen and Tom Kristensen, and now it’s Marco, me and more,” he says. “I guess the Danish have a good mentality for endurance racing.”

Despite their shared nationalities, Thiim and Sørensen arrived at Aston in very different ways. While Thiim, 31, worked his way up the sports car ranks in the Porsche Supercup and various GT categories, 29-year-old Sørensen was a single-seater prodigy, becoming a Lotus F1 test driver in 2013. He admits that the chance for a limited GT programme with the Prodrive-run Aston squad in 2015 didn’t initially appeal. 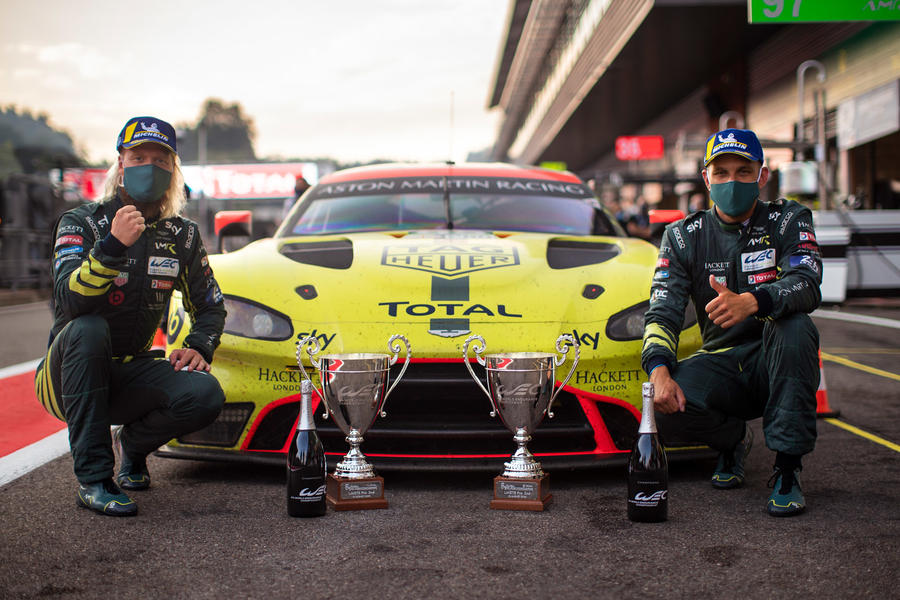 “I was fully on the F1 path, so to start with I was thinking ‘hmm, I have to do this Aston Martin thing’ – until my first race at Silverstone,” says Sørensen. “As soon as I set foot in the garage, I was like ‘forget the rest, I want to stay here’. I love the team and the energy they bring to the track. It’s all about making the car and drivers quicker: there’s no weird politics like you get in single-seaters.”

Despite their differing backgrounds, Thiim and Sørensen have truly gelled, with a friendship that’s unusual even among sports car team-mates. “It’s like a soccer team,” says Thiim. “You don’t always need superstars; sometimes you just keep the group together and perform better as a team, and the chemistry between Marco and me means we just know what we have to do. We really gain and take a lot from each other.”

Sørensen adds: “We’re both super-competitive, but if he’s quicker in one race, I’m not making excuses. We’re happy if the other is quicker, because it’s good for our car. We’re so competitive in everything we do, but we know how to push each other and not get on each other’s nerves.”

Such trust helps when sharing a car in an endurance event, says Sørensen: “When you go to sleep, you’re not thinking ‘will the car end up in the wall?’. A lot of driver pairings, even if they’ll never admit it, get too competitive within their own car and forget that it’s the result of the car that counts.” 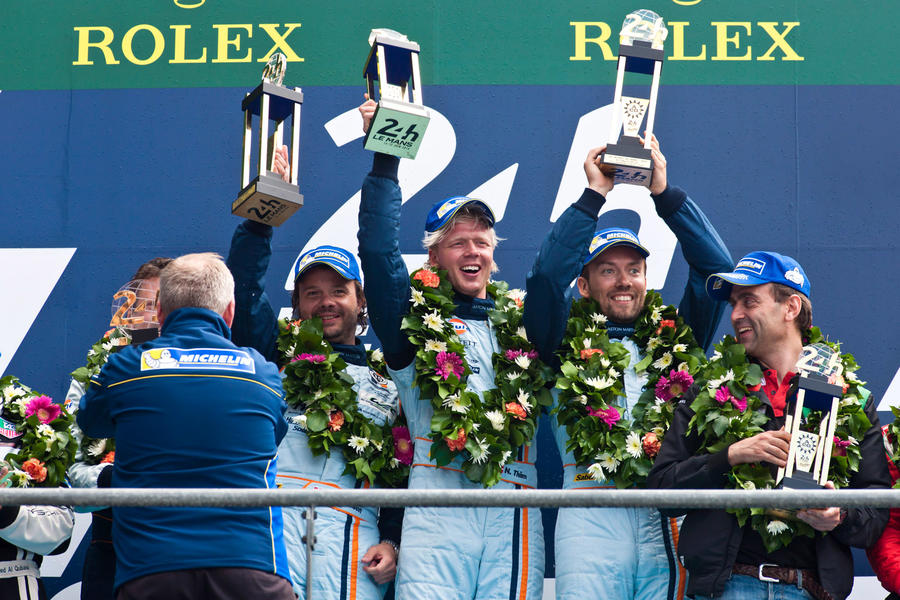 This season, the Dane Train’s results have been very good, with three wins in the six events held so far in the 2019/20 FIA WEC – a season that began in July last year. It was due to conclude at Le Mans in June but, due to the coronavirus pandemic, has been extended until Bahrain in November. With two races left and this weekend’s Le Mans counting for double points, Thiim and Sørensen have a 19-point lead over Porsche duo Michael Christensen – another Dane – and Kévin Estre.

It’s a big improvement over the 2018/19 campaign, when the pair managed just a single race win in the then new Vantage AMR, hampered by a rule requiring teams to run a single tyre compound for the full season. “With the new car and switching from Michelin to Dunlop, we didn’t get enough testing and ended up struggling with tyre degradation,” says Sørensen. The best example was Le Mans, when the pair qualified on class pole but knew their tyres wouldn’t last a stint.

While the rules meant that Aston was locked into its package in races, it could test during the season and so focused on ensuring it would have a competitive package for 2019/20. “Now it’s a good combination and we can push really hard,” says Sørensen, although he notes that speed isn’t everything. “A lot of our wins aren’t because we had the absolute quickest car but because we’re executing all the time and not making little mistakes.”

With BMW, Chevrolet and Ford gone and Porsche scaling back its programme, the GTE Pro division is down on numbers this season – but performance balancing means it’s still insanely competitive between Aston, Ferrari and Porsche. “Our races are a minimum of six hours, and it always fricking comes down to the last hour,” laughs Thiim. “There’s no time to relax. It’s so much fun.”

This weekend, Thiim and Sørensen, aided by honorary Dane Westbrook, will be bidding to fill the only hole in their sports car CVs: a GTE class win at Le Mans. Thiim took honours in the GTE Am division for Aston in 2014 with compatriots Poulsen and David Heinemeier Hansson, but he and Sørensen have yet to even stand on the podium as a pairing. That includes in 2017, when they showed class-best pace but an early puncture undid their victory bid while the sister Vantage won. Thiim admits that memories of that race “still hurt – and will still hurt when we’re 80”.

He continues: “We’ve talked about winning Le Mans so many times. But it’s hard now, because we’re so far into the championship. I want to win Le Mans, but I’d rather take second and the points than go all in, get a zero and lose everything.” 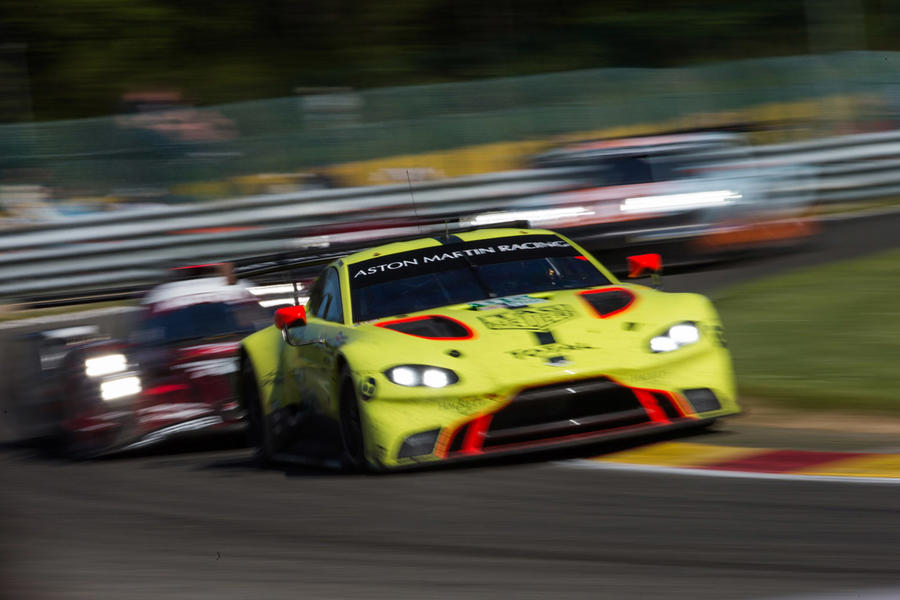 Sørensen also insists that he’s prepared to settle for a strong points haul but adds adamantly that “I expect to win”. If the Danes do take victory, their achievement will be even sweeter because of the tight-knit relationship between them.

“I’m having the best time of my life,” says Thiim. “Who gets to say they’re racing an Aston Martin in a world championship with their best friend?”

Who will win Le Mans?

As the sole major manufacturer left in the top LMP1 class, Toyota will start as the overwhelming favourites to claim a third consecutive outright victory. Its two TS050 Hybrid prototypes have been relatively evenly matched in the WEC so far, although Mike Conway, Kamui Kobayashi and José María López have taken three wins to lead the points and will start as the favourites. Rebellion Racing is likely to be the best of the rest. 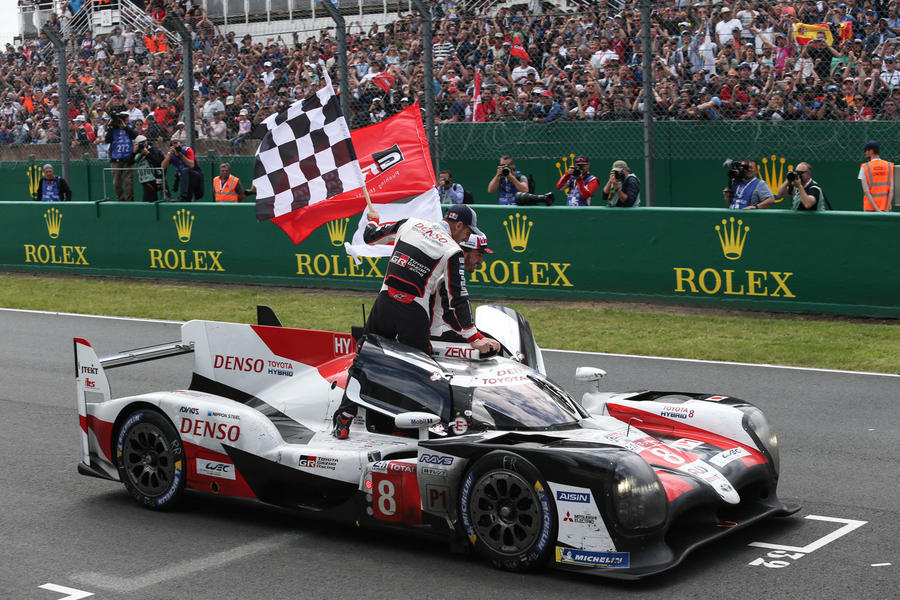 The packed LMP2 class could be wide open, with a host of big-name drivers and teams bidding for victory. United Autosports trio Paul di Resta, Phil Hanson and Filipe Albuquerque have won the class in the past three WEC races so will start as the favourites.

The 24 Hours of Le Mans traditionally takes place in the middle of June, but this year’s pandemic-delayed race isn’t the first time it has been held later. In 1968, a period of civil unrest in France pushed the race back to 28/29 September.

That date switch meant around 11 hours of the race were run in darkness – about three hours more than usual. But the bigger change for the competitors was the addition of the Ford Chicane to slow the cars approaching the pits. The entry was dramatically different, too: two years after a record-breaking Ford versus Ferrari scrap so good that Hollywood made a film out of it, the entry list was largely comprised of privateer teams. Ferrari boycotted after a rules squabble with organisers, while Ford withdrew its factory team. But a clutch of privateer Ford GT40s still competed and proved both fast and reliable. 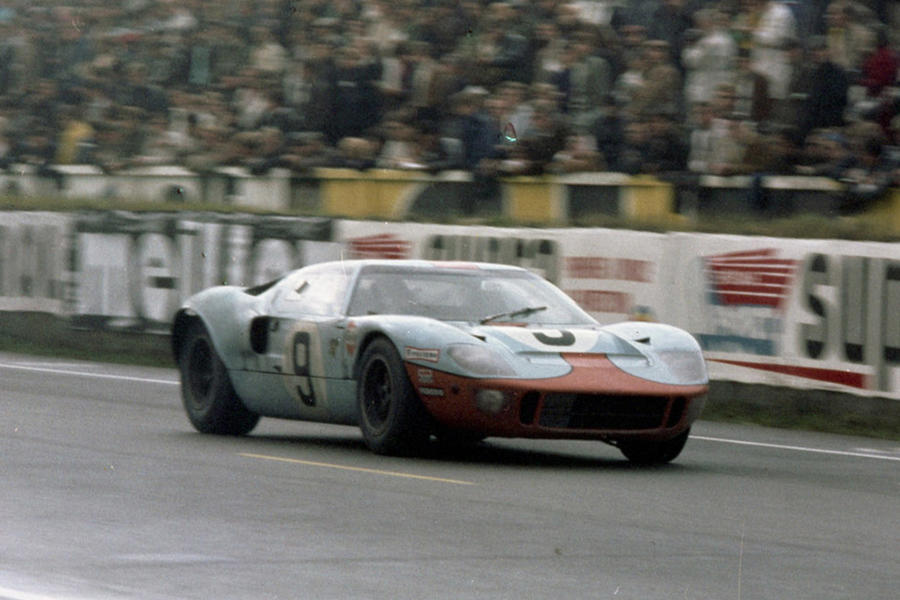 A quartet of Porsche 907s led the way early on, but they hit mechanical trouble, so the JW Automotive Engineering GT40 of Pedro Rodríguez and Lucien Bianchi took the lead heading into the night and eventually went on to take a comfortable win.

That's when the big hitters will be back.