BACK TO ALL OPINION BLOGS
Currently reading: Racing lines: Why you should give Formula E a chance
UP NEXT
Opinion: BTCC is the easiest way to see Britain's best driving talents

Racing lines: Why you should give Formula E a chance

Lack of engine noise and tight circuits might put some viewers off, but give it a try and you might see why it makes sense
Open gallery
Close

At the start of the year, Matt Prior suggested you might want to give Formula E a chance. Good advice. The fifth season of the all-electric single-seater series has offered, well, some electrifying action in each of its five rounds so far. Is it perfect? No. But the series has come of age.

Now, for anyone who loved 1970s Formula 5000, bombastic ’80s Formula 1 or ’90s-era screaming V10s, Formula E takes some warming to. For starters, the cars’ whine is more grating than an overtired three-year-old at bedtime. But comparisons are pointless. Best just open your mind, put aside what you know and take it for what it is: something different, created in the true spirit of the pioneer (which actually couldn’t be more traditional).

I admit I struggled with Formula E at first, particularly the mid-race car swaps. But the march of technology has banished such compromise: the new second-generation Spark single-seater features the battery range to complete a 45-minute race without interruption. Power is up too, from the first-gen’s 190Kw to 250, but that still only means a top speed of around 170mph. Eat your heart out, er, Formula 3. 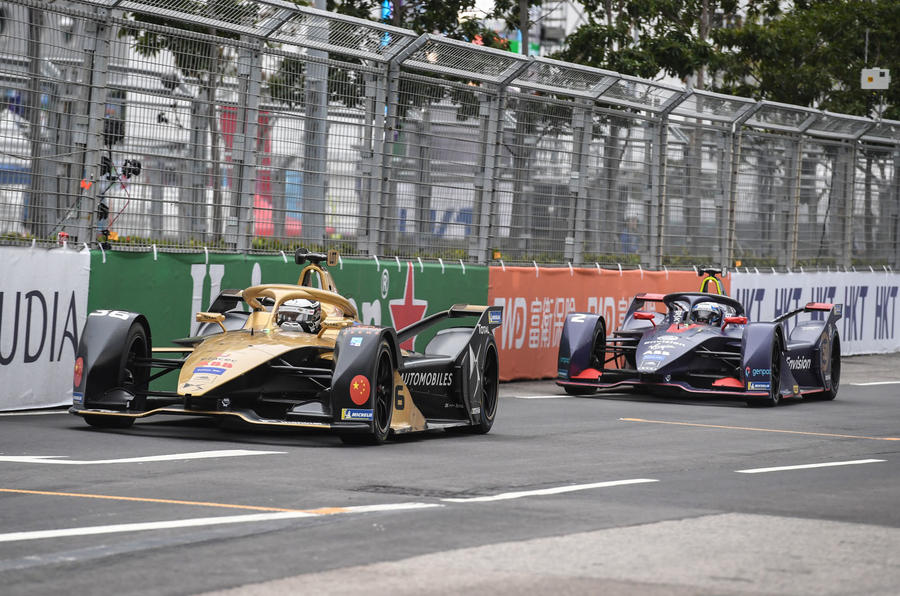 But actually it doesn’t matter. Formula E’s street circuits are so tight and narrow, the lack of speed is irrelevant (and conveniently shrouded). Those tracks are both the series’ calling card and weakness. Pop-up one-day race meetings close to city centres in exotic global locations just wouldn’t be possible in 2019 with noisy combustion engines. But it means tracks are often created on roads barely suited to racing.

Inevitably, overtaking is tough and contact inevitable. Even reigning champion and F1 exile Jean-Éric Vergne has blasted that Formula E is “not motorsport” because of the high amount of punting. Last time out in Hong Kong, it culminated in Brit Sam Bird being stripped of victory after puncturing long-time leader André Lotterer’s right-rear Michelin – but only after BBC Two’s live coverage had gone off air. Not great.

But there’s a reason why car makers such as Audi, BMW, Nissan and Jaguar, plus some of the world’s best racing drivers, have flocked to Formula E. It makes sense for the here and now.

The next race is this Saturday, in the Chinese holiday resort of Sanya. Go on, take Matt’s advice. Check it out on the Beeb.

How faster cars will shake up Formula E

Behind the wheel of Jaguar's I-Pace eTrophy race car

Fha203kreno Program - A Better Way to Access the Equity in Your Home. Trusted since 2004. Pre-Qualify in 60 Seconds. No Interest Charges. All New Heloc Alternative. Access Your Home Equity. Types: Pay Off Credit Cards, Pay for Child's Education, Use For Home repair loans.

Thanks for sharing this wonderful post, In my eyes, you have discussed very important thing about Formula E. I was also once a racer but now I run online shopping store Pakistan.