BACK TO ALL NEWS
Currently reading: BTCC 2020: Turkington regains championship lead with double win
UP NEXT
New electric cars 2022: what's coming when

Team BMW driver Colin Turkington enjoyed one of the best weekends of his illustrious BTCC career as a double victory at Snetterton vaulted him back to the summit of the standings.

The Northern Irishman grabbed pole position in the all-new ‘Top Ten Showdown’ on Saturday afternoon and duly converted that into two commanding wins on race day.

Turkington followed that up with a podium in the final bout as Rory Butcher and Tom Ingram clashed, impacting on their respective championship challenges.

Turkington’s 3 Series blasted away from the line with what looked to be one of the best launches of the season so far as Ingram breezed by the sluggish-starting MB Motorsport Honda Civic Type R of Jake Hill. 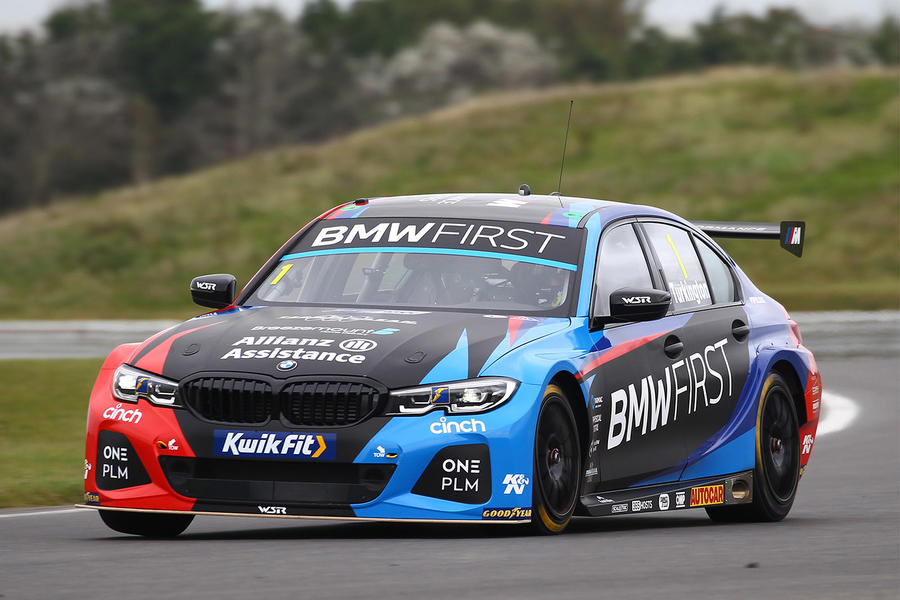 Ingram’s Toyota Corolla went side-by-side with the #1 machine around the outside at Agostini on lap one, but Turkington cleverly squeezed Ingram on the exit of the turn, bringing Hill back into the battle. Hill scythed by Ingram but then ran wide through the next left-hander at Hamilton and Ingram was back into second.

It wasn’t the last time that the pair would switch positions as Turkington set about scampering away from the fight. Hill made a committed move on Ingram in the latter stages at Wilson and Ingram’s Toyota was tipped into a half-spin. That allowed Hill through, but the MB Motorsport man subsequently chose to relinquish the position.

So Turkington, Ingram and Hill were confirmed in the podium positions but there was another scrapping trio behind them, with Butcher eventually getting the better of two of his fellow title contenders – Laser Tools Racing’s Ash Sutton and Halfords Yuasa Racing’s Dan Cammish.

The top five in the overall drivers’ standings occupied the top five positions for the majority of race two, with the only change coming during a last lap shoot-out following a late safety car period.

The battle simmered rather than reaching boiling point as Turkington produced a repeat victory from Ingram, although the latter did well to hang on for second.

Motorbase Performance’s Butcher nibbled at Ingram’s Corolla several times, with a significant effort made on the final lap. Butcher out-braked himself at Wilson – leading to contact – which enabled Sutton’s Infiniti Q50 to join the fray. Ingram fended them off as Sutton slipped into third, while Butcher fell into the clutches of Cammish.

It was Butcher’s turn to take a hit at the final turn as Cammish’s Honda Civic Type R slid into the Ford Focus ST through Murrays. Cammish lost out, however, as Hill pipped the Halfords Yuasa Racing car to the line by just 0.047ssec – breaking the race-long monopoly of the top five contenders.

Jackson rounded off a dramatic day by claiming a second career BTCC victory, as the leading protagonists kicked off behind in the final encounter in Norfolk.

The Ford man made one of the moves of the season on the opening lap as he held on around the outside, before eventually tucking in ahead of Adam Morgan in the Carlube TripleR Racing Mercedes-Benz A-Class.

Morgan kept Jackson honest throughout while also holding the chasing pack at bay, but it wasn’t enough to prevent the latter from taking another impressive and hard-earned win.

Turkington concluded his sensational weekend by claiming an unexpected podium, as Butcher crashed into Ingram at the final corner. 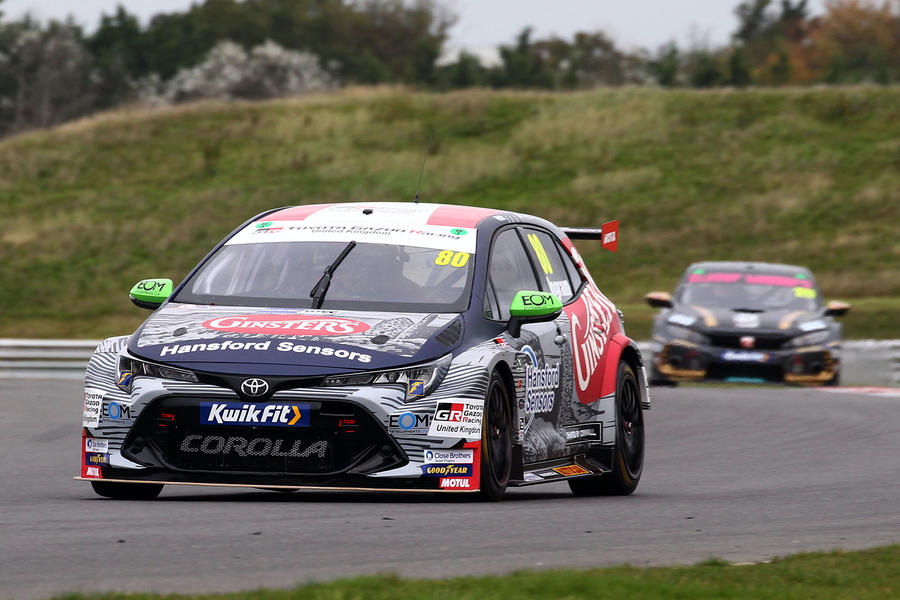 The Speedworks Motorsport-run car of Ingram had been reeling in Butcher’s #6 machine in the latter stages and he eventually made his move at Coram on the last lap. The initial contact happened through the right-hander, but as Butcher’s Focus skated across the grass, he then returned to the track before slamming into Ingram’s car at Murrays.

Turkington scampered past and was followed home by fellow title contender Sutton in the Laser Tools Racing Infiniti Q50, whilst Butcher crawled home in fifth.

Halfords Yuasa Racing’s Cammish claimed sixth, but he was one of many drivers to get stuck behind pole-sitter Chris Smiley in the Excelr8 Motorsport Hyundai. The Northern Irishman defended extremely heavily from the likes of Sutton and Turkington, but it was Cammish who would eventually end Smiley’s effort as he tapped the rear of the Hyundai i30 N.

Rounds 22, 23 and 24 of the Kwik Fit British Touring Car Championship at Snetterton ended with Turkington returning to the top of the Drivers’ standings, while his Team BMW outfit holds sway in both the manufacturers’ and teams’ tables.

Sutton is nine points adrift in the overall order, while Honda star Cammish is a further 16 in arrears. Ingram and Butcher remain in contention, but the duo will be ruing their clash at the final corner of the final race.

Sutton has moved into an unassailable lead in the Independent drivers’ standings, whilst his Laser Tools Racing squad still tops the independent teams’ table.

Michael Crees leads the Jack Sears Trophy, while Turkington also returned to the head of Goodyear Wingfoot Award, thanks to his pole position on Saturday.