BACK TO ALL NEWS
Currently reading: BTCC 2020: Turkington and Cammish keep title pressure on
UP NEXT
Stellantis exec: range and charging biggest barriers to EV adoption

Motorbase Ford Focus ST driver Ollie Jackson also ended the weekend happy, holding off a pack of rivals to his first BTCC victory in the final race of the day.

Cammish qualified his Team Dynamics Civic Type R on pole position for the opening race at the Northamptonshire circuit, and again found himself battling with Toyota Corolla star Tom Ingram. The pair swapped the lead twice in the opening lap, but when the battle resumed after a safety car period Cammish was able to pull out an edge he held to the finish. 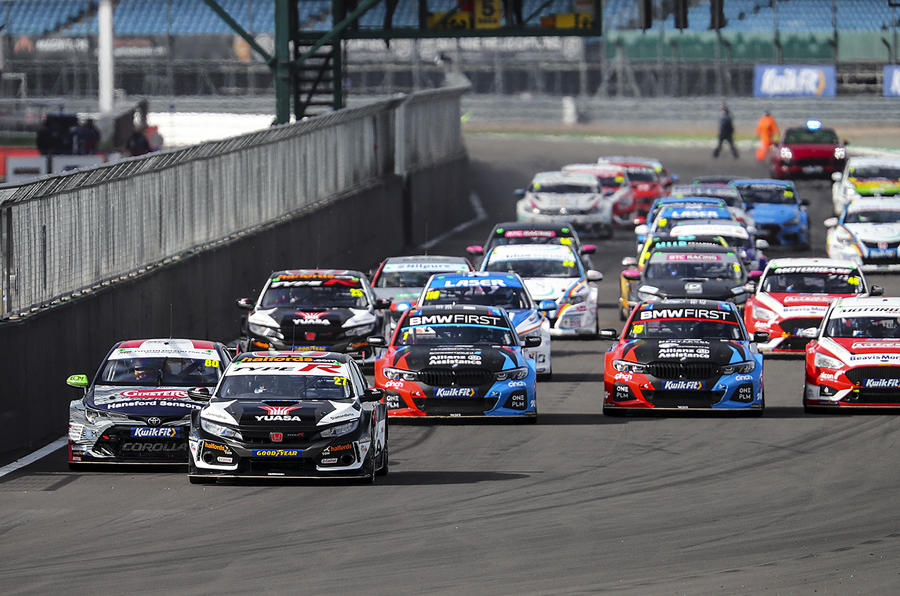 Focus ST racer Rory Butcher held off a determined Turkington to claim the final podium spot, with Sutton close behind the pair in fifth.

Ingram got the jump on Cammish at the start of race two, with Turkington moving up his 330i M Sport up to third after a clash between Butcher and Sutton ultimately put both out of contention. Turkington then pressed Cammish, slipping past the Honda man on lap nine to claim second.

That turned out to be a pivotal mood when Ingram’s dominant effort was scuppered by a puncture, sending him tumbling down the order and giving Northern Irish racer Turkington a valuable haul of points. Cammish held on for second, ahead of Mercedes A-Class racer Adam Morgan, Honda’s Matt Neal and Aiden Moffatt, who had a strong weekend in the second Laser Tools Racing Q50.

Jackson finished eighth in race two and drew pole for the finale, holding off Tom Oliphant (BMW) in the early laps before the race was stopped after Butcher was pitched into a huge barrel-roll following contact with Neal.

When the action resumed Jackson spent much of a hugely entertaining race fending off a challenge from Oliphant, with a pack of baying rivals close behind. That soon included Sutton, despite the Infiniti man having started 26th after a puncture hampered his recovery from his race two incident.

Having scythed through the field Sutton quickly attacked the leaders, battling past Oliphant on the final lap, and only just falling short of catching Jackson. 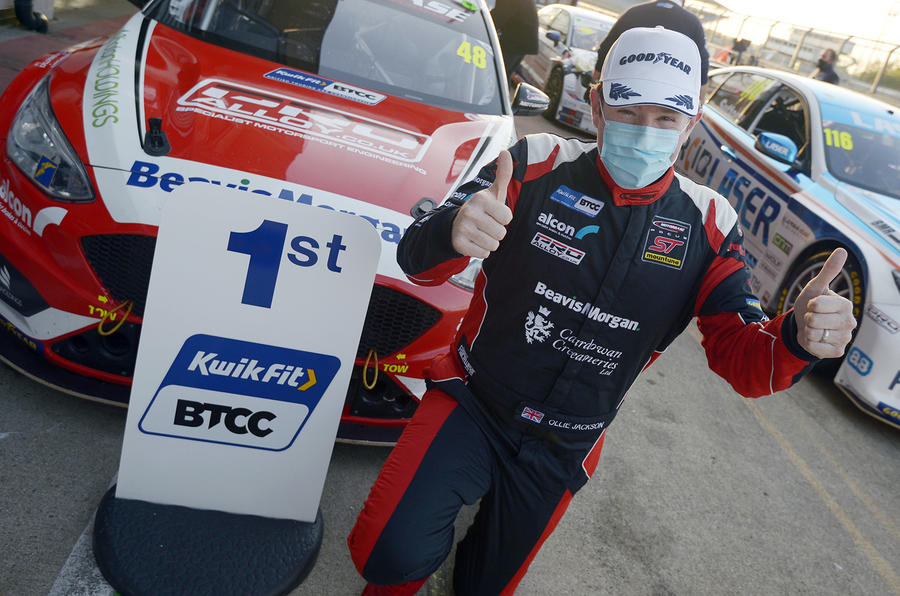 Sutton called his effort “the best race of my career”, although it finished on a down note when stewards dropping him back to third behind Oliphant in the final results, ruling he has gained an unfair advantage when battling with his rival.

Despite dropping that spot, Sutton still gained valuable ground on title rivals Cammish, who took fourth, and Turkington, who could only muster tenth. With nine races remaining, Sutton leads Turkington by four points, with Cammish 13 further back.

The next event takes place at Croft in Yorkshire on 11 October.