BACK TO ALL NEWS
Currently reading: World Rally Championship preview 2018: the top contenders
UP NEXT
2023 Lotus Type 133 to be firm's most luxurious model yet

The WRC blasts back into life this week. We detail what’s changed, what’s hot and what’s not in 2018
Open gallery
Close

After four years of Volkswagen domination, the World Rally Championship went a bit bonkers in 2017.

Sure, Sébastien Ogier won the title for the fifth year in a row, but he did so driving for a privateer team based in Cockermouth, Cumbria. And he wasn’t really the fastest driver, except all his rivals kept crashing or hitting trouble.

It was a welcome shake-up for a championship that had grown all too predictable – and the good news is we’re set for an encore this year. With four top teams all capable of scoring victories, two rally-winning British drivers and the return of the most successful driver in WRC history, 2018 could just be even crazier.

Although, if we’re being honest, Ogier will probably win the title again. He’s good at that. 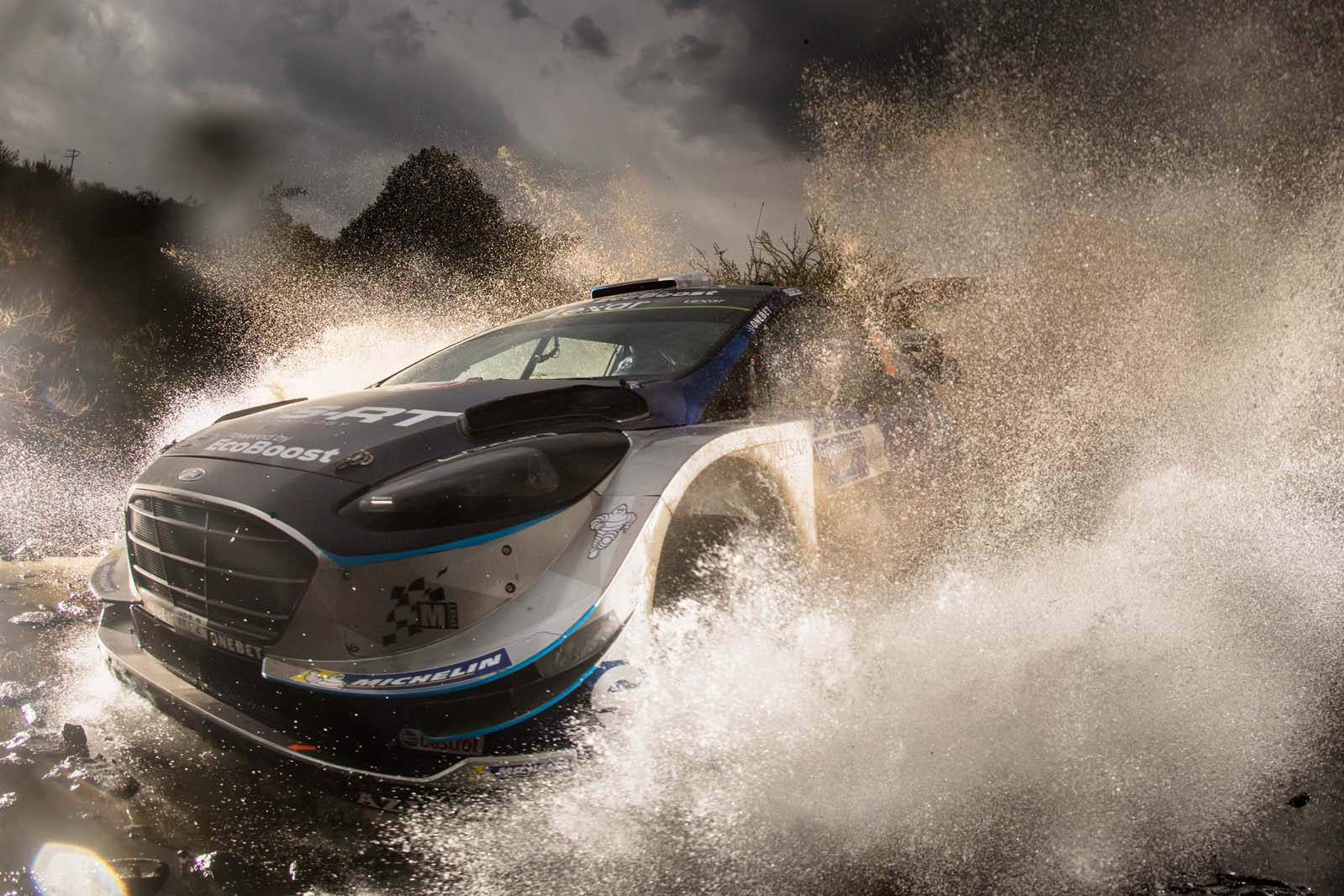 Belgian Thierry Neuville won more rallies than any other driver last year, but at other times frustrated his Hyundai team with a number of accidents and a lack of consistency. Neuville has been something of an enigma in his WRC career, showing unfulfilled talent in previous stints at both Citroën and M-Sport. Is he truly capable of stringing together a season-long title bid? He needs to, for the sake of his future prospects.

The Hyundai i20 WRC was arguably the quickest car last year, but incidents and issues hampered the manufacturer’s title challenge. It’s possible that, having three strong drivers (Neuville, Hayden Paddon and Dani Sordo) alternating between its two points-scoring cars didn’t help. So, near the end of 2017, Hyundai’s solution was to add a fourth: VW cast-off Andreas Mikkelsen. All four are capable of winning rallies, a strength in depth that could both help and hinder the Korean team, which is now entering its fifth season in the WRC.

After two seasons in the works M-Sport team, Elfyn Evans was sidelined for 2016, having to make do with winning the British title. The Dolgellau driver returned to the WRC in a third M-Sport Fiesta running on DMack tyres (as opposed to the more common Michelins) last year, claiming an emphatic victory at his home event, Wales Rally GB. With experience and the confidence of having broken his WRC duck, Evans can surely thrive this year.

The season-opening Monte Carlo Rally, which starts tomorrow (Thursday), is the most famous event on the calendar, and its organisers like to mix things up a bit. That’s what they’ve done this year, withhalf the special stage routes being new. That could make a traditionally chaotic event – thanks to road conditions that can switch from dry to wet to ice-clad within the space of a few corners – even wilder.

Northern Ireland’s Kris Meeke led Citroën’s charge last year, but a series of crashes, and struggles to tame the C3 WRC, put his future in doubt. His raw pace has never been questioned, though, and two wins in 2017 earned him another chance. He’s likely to be put on a short leash by Citroën’s top brass, although Sébastien Loeb’s return to the team will be a great benchmark and offer insight into whether Meeke’s 2017 struggles were to do with his driving or his car. 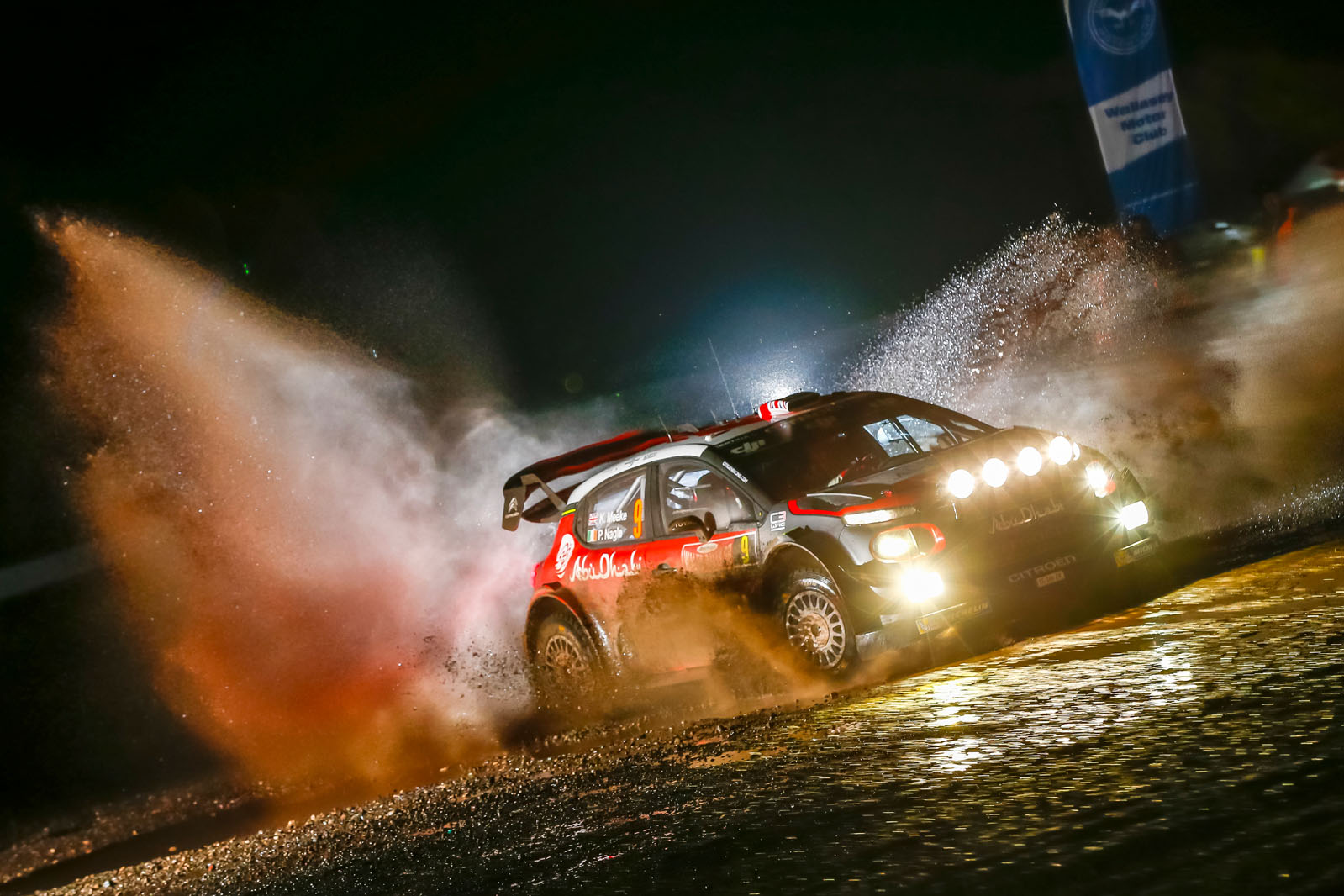 Ogier might have won five titles, but he’s still only the second-most- successful rallying Sébastien – and the man he trails is coming back this year. Nine-time champion Loeb will return to the championship for the first time since a one-off outing in 2013, tackling three events – Mexico, France and Spain – in a works Citroën C3 WRC. The 43-year-old might be rusty, but expect him to be challenging for wins.

Rally Poland has lost its place in the 13-round WRC calendar due to safety concerns. Replacing it is Rally Turkey, back on the schedule for the first time since 2010, albeit based in the seaside city of Marmaris rather than Istanbul. While both are gravel events, they vary greatly: Poland’s tracks were fast and smooth – similar to Rally Finland – but Turkey’s are likely to be rough and tough. That will favour drivers who know when to push and when to play it safe.

Ogier tries to hit for six:

A move from VW to the privateer M-Sport Ford team didn’t stop Ogier and co-driver Julien Ingrassia winning a fifth straight drivers’ championship last year. But the Frenchman won in a very different way: he wasn’t always the fastest driver, but he was the most consistent. This season, Ford is putting a little bit more of its financial might behind Ogier and M-Sport in an attempt to keep the Fiesta WRC competitive against the full works entries from Citroën, Hyundai and Toyota.

For the first time in the history of the WRC, every special stage from each round will be broadcast as it happens via the wrcplus.com subscription channel. For a fee of €8.99 (about £7.97 at current exchange rates)per month or €89.99 per year, subscribers will be able to watch it all on computer, smart TV, smartphone or tablet. Look out for live coverage of selected special stages on BT Sport.

Toyota’s return to the WRC in 2017 featured some real highs – notably newcomer Esapekka Lappi’s win in Finland – but the team struggled all year to consistently unlock the potential of its Yaris WRC. A year of experience should help and, with Toyota’s considerable resources behind it, the team can take a big step forward. In Jari-Matti Latvala, Lappi and former M-Sport man Ott Tänak, it also has three of the championship’s fastest drivers (and could well have its biggest accident repair bill...).

Monte Carlo Rally: behind the scenes at Toyota's return to the WRC