BACK TO ALL NEWS
Currently reading: SEMA show 2016 report and gallery
UP NEXT
New Lamborghini Countach: epic UK road trip in reborn icon

This year marks the 50th running of the Specialty Equipment Market Association (SEMA) show, the world’s biggest showcase of aftermarket parts and accessories and a must-attend for tens of thousands of customisers, repair shops, tuners, race teams and retailers from all over the world.

With around 140,000 people in attendance over the show’s main three days, fighting your way through the crowds is well worth the effort. This is a show put on by people who love cars, for people who love cars, and with the venue being Las Vegas, it’s every bit as big, brash and glitzy as you’d expect. 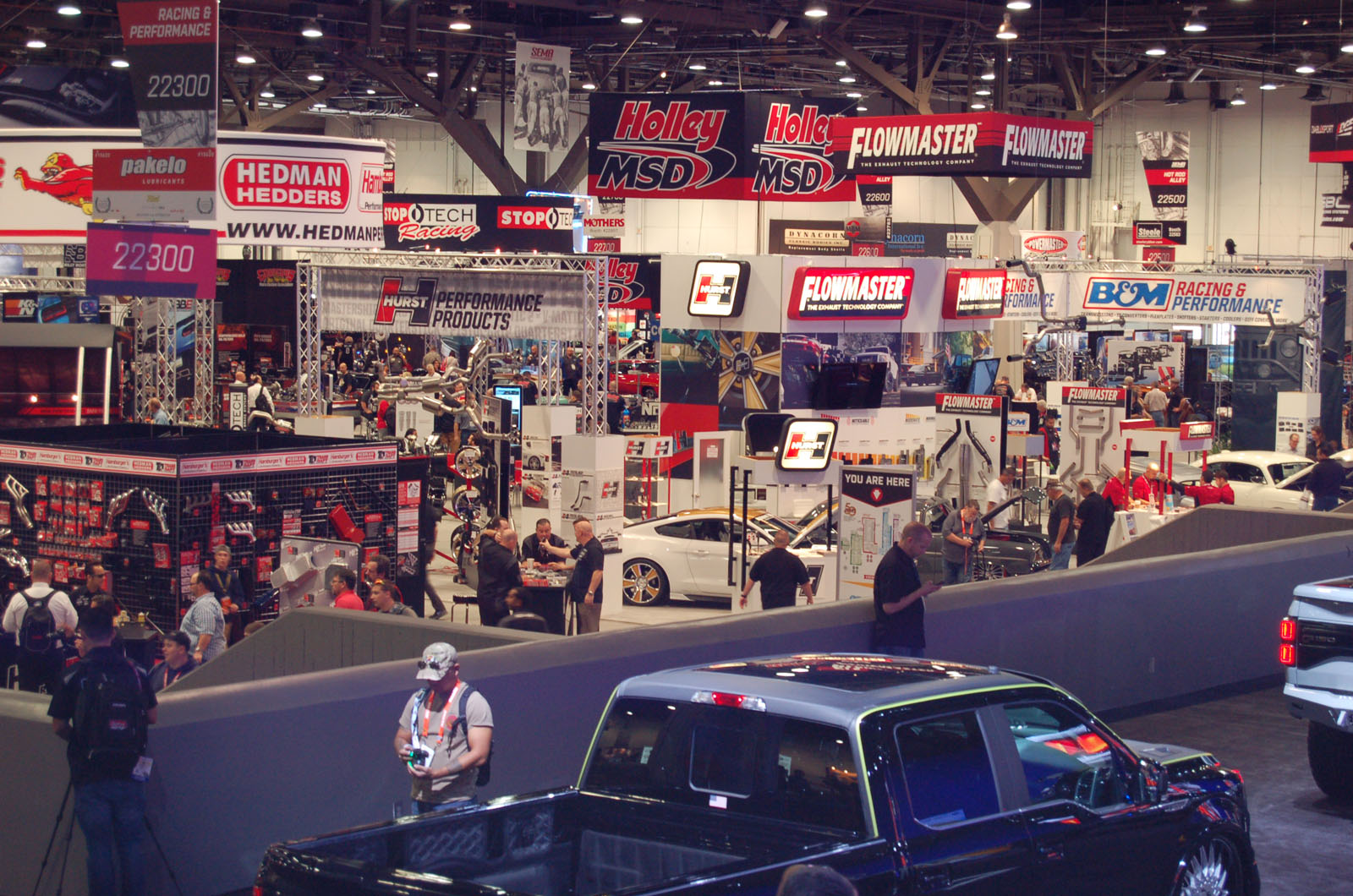 At SEMA, diversity is the name of the game. New product debuts this year ranged from traditional fare such as wheels, batteries and go-faster engine parts to more contemporary items like Voxx’s aftermarket blind-spot detection system and H-Line’s bolt-on ‘ECharger’ electric motor, which turns your classic ride into a hybrid.

Mainstream car makers have a big presence at SEMA and use it to introduce niche performance or racing models, such as Ford Performance’s GT4-spec Ford Mustang, which will race on both sides of the Atlantic in 2017. Regular production models are largely absent, however. Instead, the car companies create bespoke builds in partnership with aftermarket suppliers like Roush (500bhp Ford Focus RS), Bisimoto (1,000bhp, RWD Hyundai Santa Fe), or Mark Worman of the Graveyard Carz TV show, who this year plugged the new 392 Crate Hemi engine from Mopar, Chrysler’s aftermarket division, into a 1971 Plymouth Barracuda. 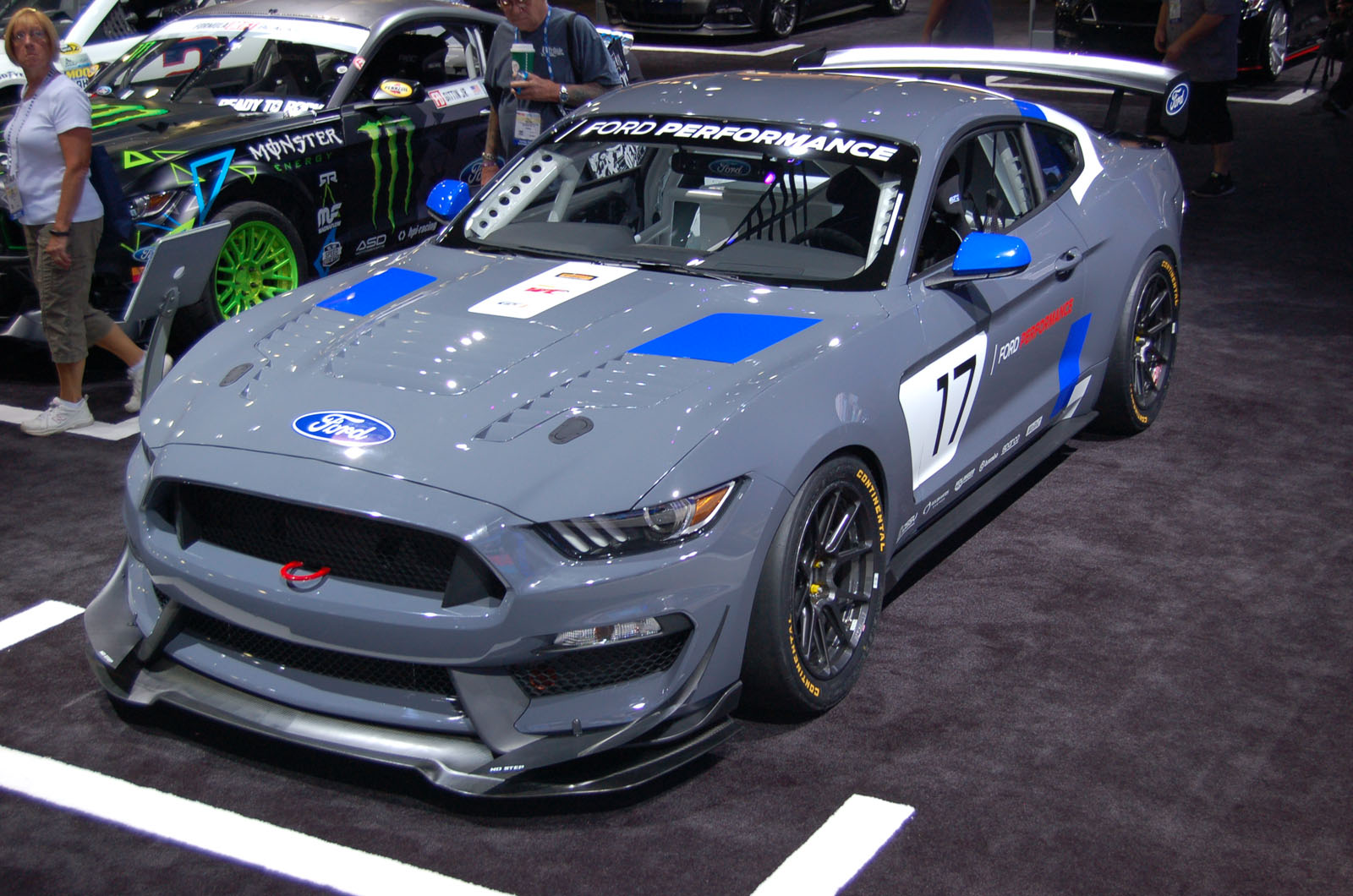 The custom builds are what makes SEMA unique. In recent years the show has seized upon the rivalry between builders to create the ‘Battle of the Builders’ competition, which includes a ‘Young Gun’ class for up-and-coming customisers. The range of subjects across the 250 entries in 2016 was astonishing: the shortlisted Top 10 featured a 1948 Cadillac, a 1969 Camaro, a 1992 Honda Prelude and a 2016 Toyota Prius.

Many of the 1,500 or so custom builds at this year’s show were displayed out in the Nevada sunshine, from four-wheel- steer monster trucks to countless lifted pick-up trucks – a SEMA staple – and blinged-up Bentleys and Volkswagen Beetles. A huge asphalted area was given over to hot laps and drift demonstrations, while another was home to customising demonstrations, pit-stop challenges and more.

Completing the picture were the various motorsport series who used SEMA to make announcements about next season. Formula Drift, which is a shop window for many of SEMA’s exhibitors, holds its annual press conference in Vegas; this year it announced its 2017 calendar, new sponsors and a TV deal. Meanwhile, the SCORE International Off-Road series displayed its trucks at the show during the day before shipping them out to nearby Las Vegas Motor Speedway in the evening to hold qualifying for the upcoming Baja 1000 race.