BACK TO ALL NEWS
Currently reading: Chevrolet Camaro on sale in UK priced from £31,755
UP NEXT
How Matt Windle is putting Lotus back on the map

Chevrolet Camaro on sale in UK priced from £31,755

The Chevrolet Camaro is on sale in the UK, costing from £31,755 for the entry-level 2.0-litre coupé.

A V8-engined Camaro is also offered, costing from £37,020 for a manual-transmission coupé. An eight-speed automatic transmission is also available on the V8 Camaro, at a price of £1460. The 2.0-litre turbo Camaro is only available as an automatic.

Among the options on offer on the Camaro are a series of stripes costing £400 or £550 depending on the package, an £1890 convenience and lighting package on the lesser-engined Camaro, magnetic ride suspension on the V8 Camaro (£1460), and a sat-nav on the 2.0-litre turbo. A navigation system comes as standard on the V8-engined car.

In comparison, the Ford Mustang costs £28,995 for the entry-level 2.3-litre Ecoboost coupé, while the V8 model costs from £32,995. Therefore the Camaro is roughly £3500 more expensive than the Mustang with a four-cylinder engine, and £4000 more in V8 guise. 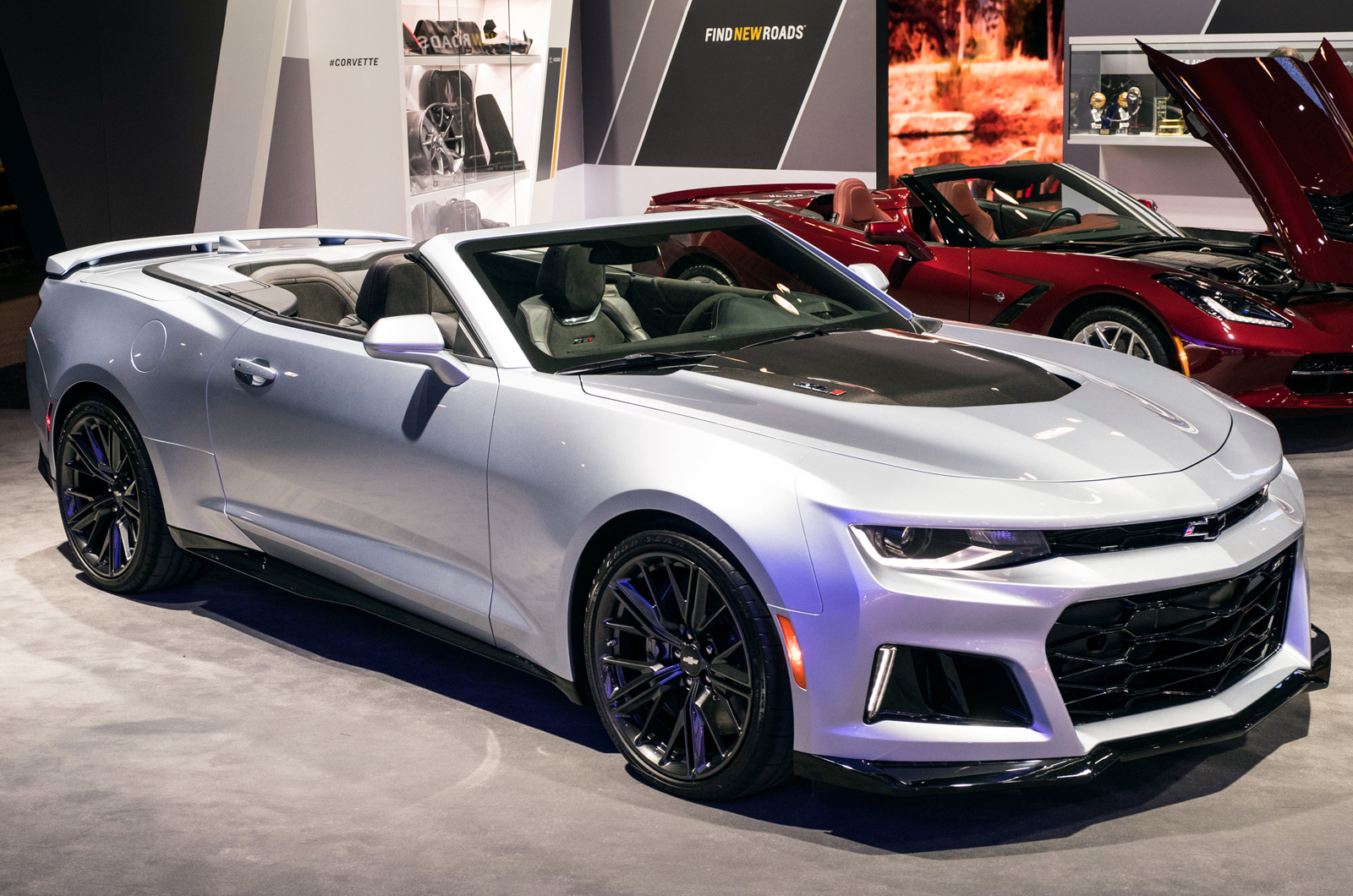 Despite the Mustang going on sale in the UK in right-hand drive form, the Camaro will remain as only a left-hand-drive car.

With only one UK dealer distributing the Camaro, based in Virginia Water, Chevrolet is not expecting a landslide of sales; the UK allocation for 2016 is only 15 coupés and 3 convertibles. The distributor expects the vast majority of UK orders will be for V8 coupés, equipped with the optional eight-speed automatic gearbox.

The Chevrolet Camaro ZL1 has just been revealed in the US as the most powerful production Camaro ever. Its supercharged 6.2-litre V8 produces 650bhp and can accelerate it from 0-60mph in 3.5sec. It's expected to make a for a compelling rival to the future Ford Shelby GT500 Mustang, but as with the hot 'Stang, there are no plans to offer the model in the UK.

on looks alone it beats competition hands down but LHD be the deal breaker here. Impractical for one. Looks sensational though. If GM wants a muscle in (pun intended) this segment then they have to follow the Ford and offer the Camaro in RHD for the UK.
sirwiggum 9 August 2016

They didn't sell many a few

They didn't sell many a few years ago when they sold them, in LHD but with a full Chevrolet dealer network.
Factczech 12 April 2016

Judging by the comments here it seems most would buy a car without thinking, the Camaro is a less superior car than the Mustang, it is an oversized Commodore if you asked me. I hope whoever buys this isn't claustrophobic because it is so inside. 5k more and a LHD, for me the Mustang is a no brainer choice....
AwolRS 14 April 2016

Judging by the comments here it seems most would buy a car without thinking, the Camaro is a less superior car than the Mustang, it is an oversized Commodore if you asked me. I hope whoever buys this isn't claustrophobic because it is so inside. 5k more and a LHD, for me the Mustang is a no brainer choice....

Simply put the Camaro is the better vehicle. It's actually smaller than the mustang and significantly lighter. It is also faster and has better handling. I agree that LHD only isn't practical and its just a weekend toy for many. Pricing also seems off to me but your paying more for better performance and driving dynamics.