BACK TO ALL NEWS
Currently reading: Guangzhou motor show 2017 report
UP NEXT
Rodin FZero: V10 weapon aims to be world's fastest car

Jaguar, MG and Volkswagen are among those with key new cars at China’s biggest annual motor show
Open gallery
Close

Two million people. At one point, that’s how many people were watching Chinese media interview our European editor Greg Kable on a live web stream off a smartphone of their coverage of the Guangzhou motor show. Later in the day, that was up to six million.

Everything about the car industry here usual resorts to discussions running into the millions – the amount of cars sold, the amount of investments being made, probably even the amount of people at the show itself, and seemingly the amount of new models here given the rapid rate at which more and more new cars are released by more and more brands, each with ambition and strong backing.

There are some 26 motor shows now in China each year, Guangzhou the biggest annual one behind the big two that alternate each spring in Shanghai and Beijing.

An impressive show it was too. Some 10 show halls were packed, with a rough split of the western brands – unlike at recent ‘mainstream shows’ in Frankfurt and Tokyo, there were no no-shows here, with every single major manufacturer having a decent presence – and the local car makers displaying ever more impressive models on ever more impressive stands.

The domestic cars at Chinese motor shows used to be made up of no hopers, never will bes, or shameless rip offs. That just simply isn’t true anymore, even everyone’s favourite copycat, the Landwind X7 – or China’s Evoque – made a concerted effort to not quite be the most shameless of rip offs (even though it still is), and where those that weren’t playing with the photocopier all ended like looking about as inspiring as a 1980s Honda Civic, no longer is that the case either.

And the Chinese car makers are coming to Europe, be in doubt. Many of the big players here – chief among them market-leading SUV maker Great Wall, which owns China’s biggest selling brand in Haval and its first attempt at a credible brand with real export appeal in Wey – all spoke with confidence of plans to launch in Europe. GAC, at its home motor show, confirmed plans for a design studio in California as part of its plans to launch in US with its Trumpchi brand, which proudly claims to make the most expensive Chinese-built cars from a domestic brand.

The cars coming will arrive with some credibility behind them, the brands perhaps less so. As one senior Chinese executive put it, you only get one chance to get it wrong. Strong brands are needed if the Chinese car makers are to be a success, but on the evidence of the Guangzhou show they are getting there. The car makers are open to discussion, and clearly observe and learn from the western brands each partners with in mutually beneficial.

A consensus seemed to emerge on the early part of the next decade to be right to launch into Europe with credible propositions, and given how much progress has been made by the industry here in the past five years in improving the quality and desirability of its models, one wonders just how much more can be made in the next five years, especially given the vast amount of talent that has been imported by Chinese car makers from Europe, particularly German brands, to help them get there.

Do not underestimate the significance of the motor show in China, as is shown by the amount there are, the sheer amount of people here covering it for a vast, booming media industry (the fourth biggest media agency in China, the Internet Info Agency, alone has 100 motoring journalists and 50 more tech developers to support them), and the millions watching not just Greg, but the show stars you can read about below.

Geneva aside, no other motor show has had as much as a heartbeat to it this year than Guangzhou; shows like this are rapidly beginning to feel like the centre of the industry, and their significance will only grow alongside the quality of the models on show. 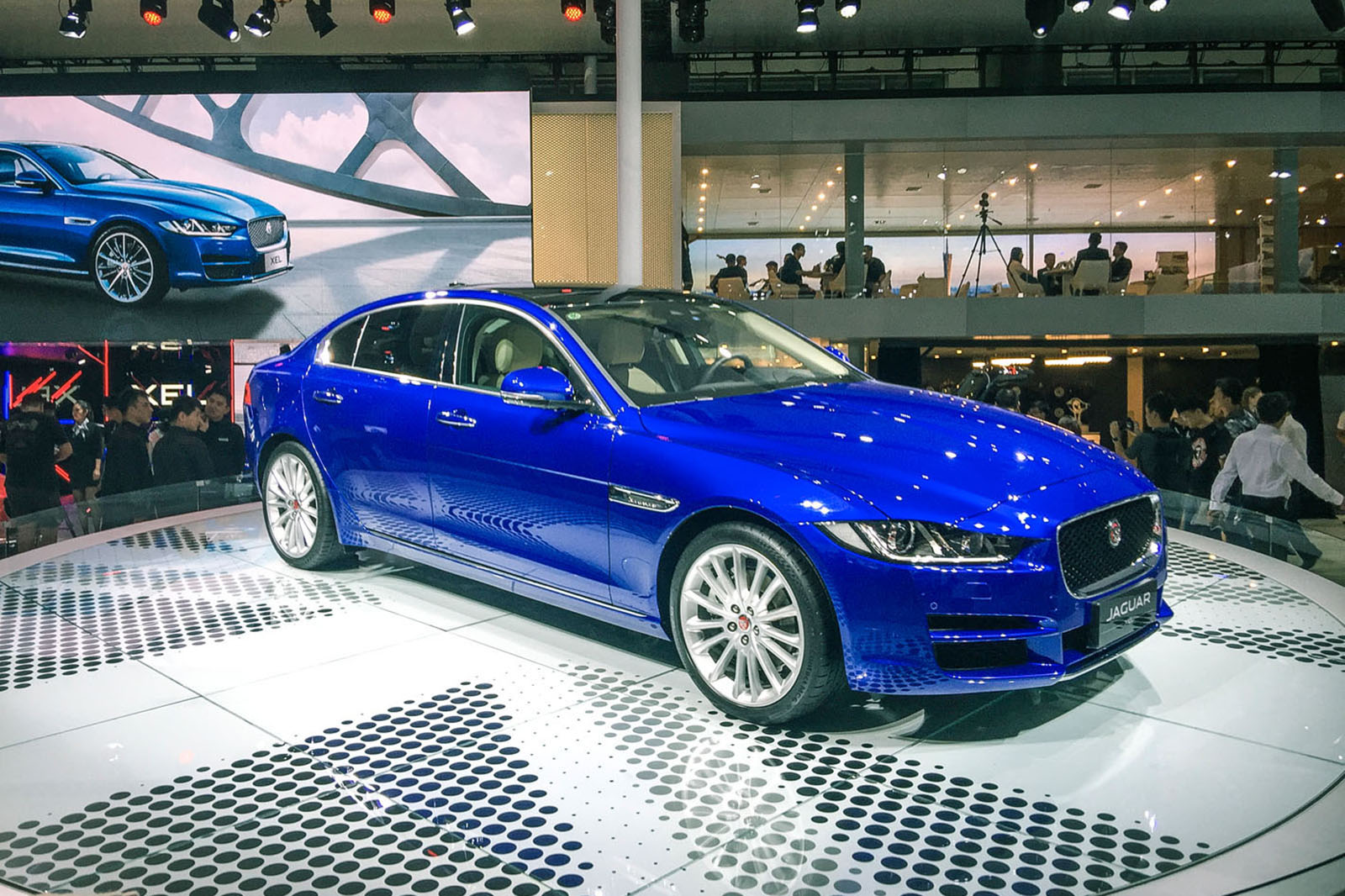 The significance of this long-wheelbase version of the Jaguar XE should not be overlooked. In JLR’s Q2 results last year, the XE sales were reported at 11,176 to the XF’s 7963. This year, the XE was 8831 to the XF’s 10,256, the increase of the latter accounted for by a long-wheelbase version built and sold in China. Now the XE gets the same, with even higher hopes for sales given it competes in a higher-volume segment. 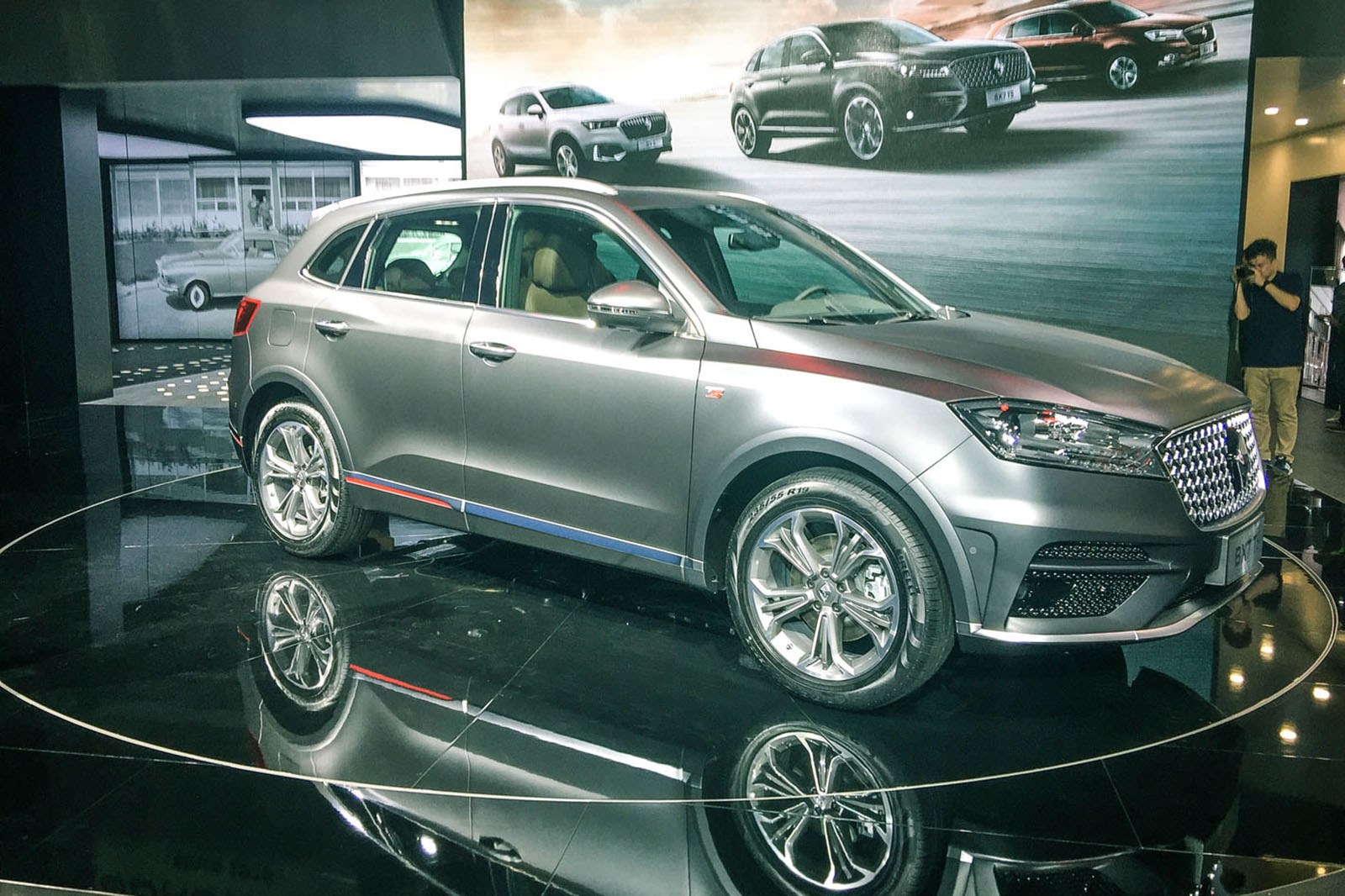 Borgward’s BX7 TS is a more luxurious version of its large BX7 SUV, and the model it will spearhead its European launch with next year when sales start in Germany in the spring. The Chinese-owned brand revives the old German marque from the 1950s and has two models already: the BX5 and the BX7. This TS version will cost €44,000 in Germany. 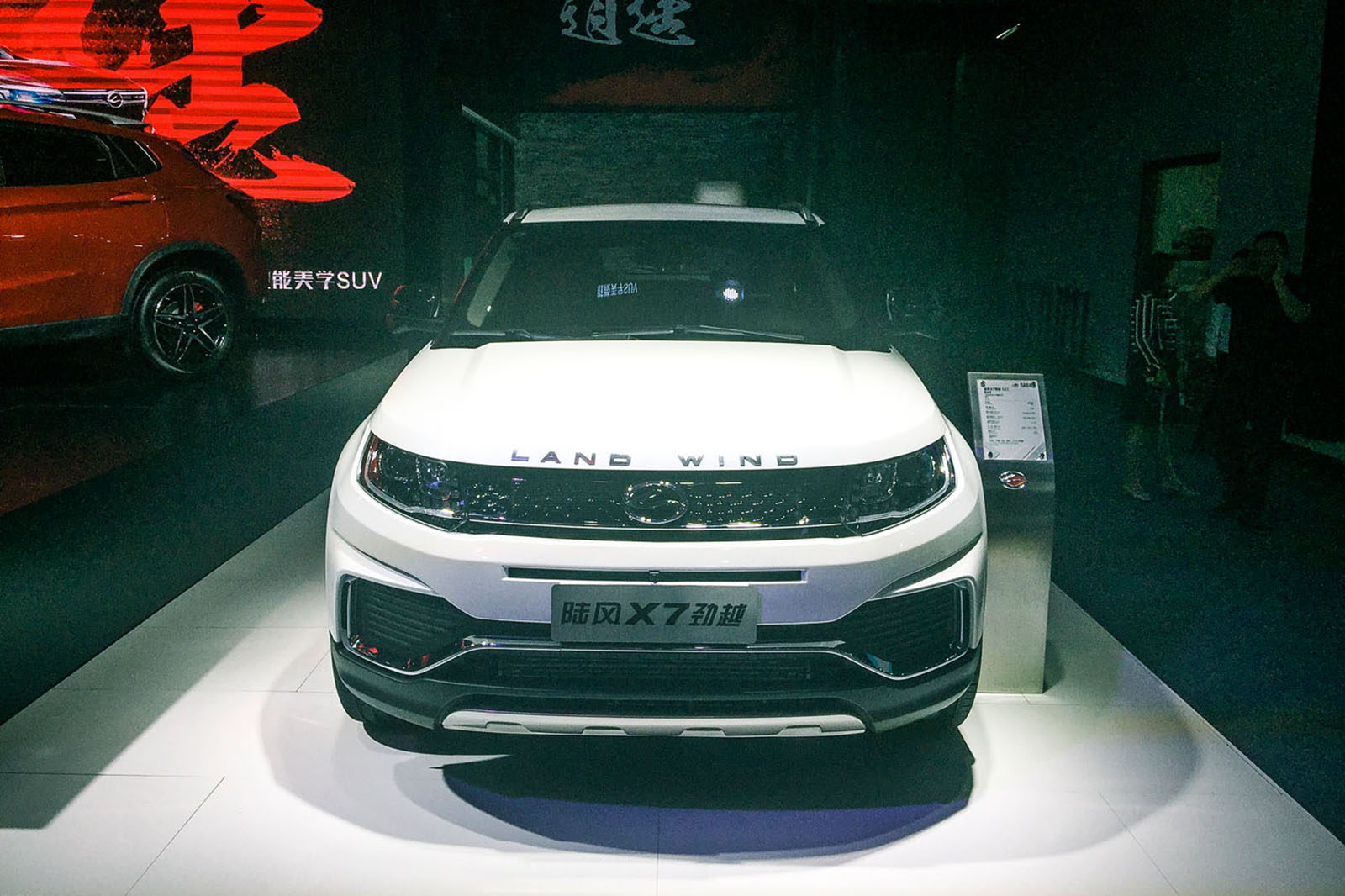 The most famous of the aforementioned copycat cars, the Landwind X7 returns to the Guangzhou show three years after it caused a stir there, now with a new look. Said new look moves it further away from the Range Rover Evoque it took its ‘creative inspiration’, to put it mildly, from, although there’s no getting away from its origins, evidenced by its proportions and profile. 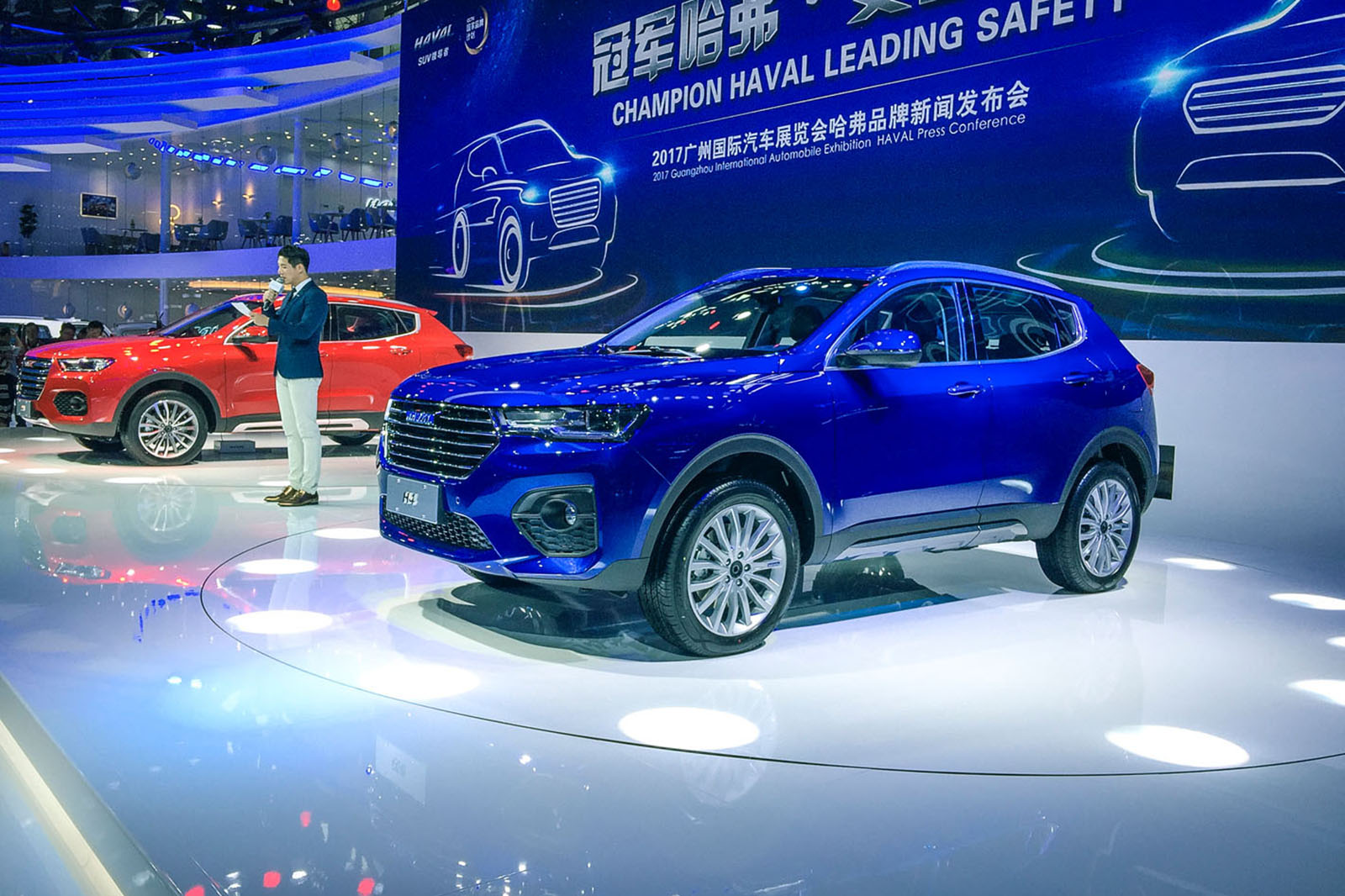 Great Wall Motors-owned Haval makes two of China's best-selling SUVs, the compact, 4.1-metre-long H2 and the larger, 4.6m-metre-long H6. The gap between the two has now been filled with the H4, which will go on sale in China early next year. A sportier H4c version is also at the show. 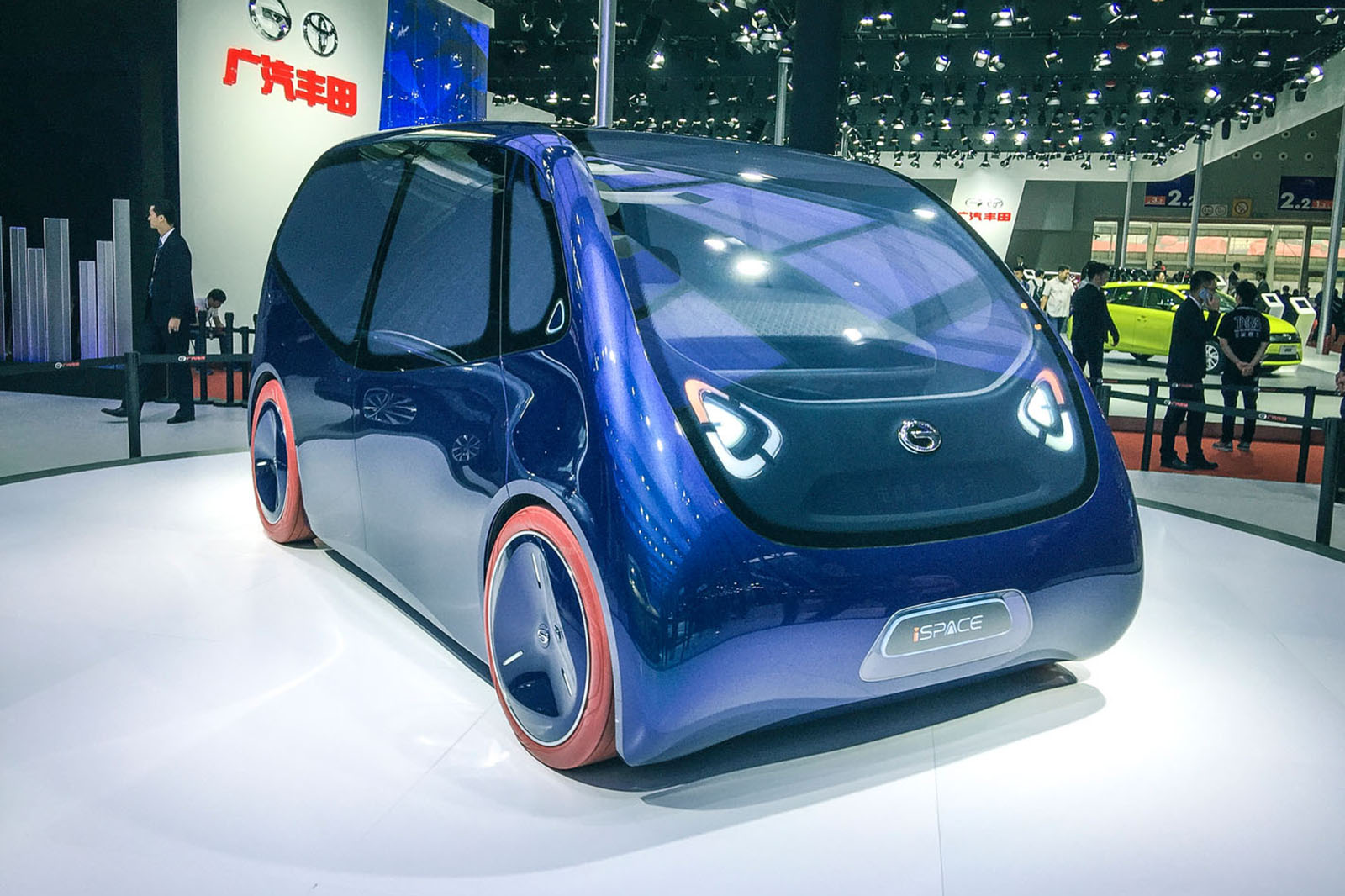 The iSpace concept, one of few genuine concept cars at the Guangzhou show, is as significant as anything that could claim involvement from Google, Apple or Facebook, as it’s a partnership between car firm GAC and Chinese tech giant Tencent, which is worth £366 billion and is Asia’s most valuable company.

Tencent, which owns messenger app WeChat and recently invested in Snapchat, is known to want to get into automotive development. 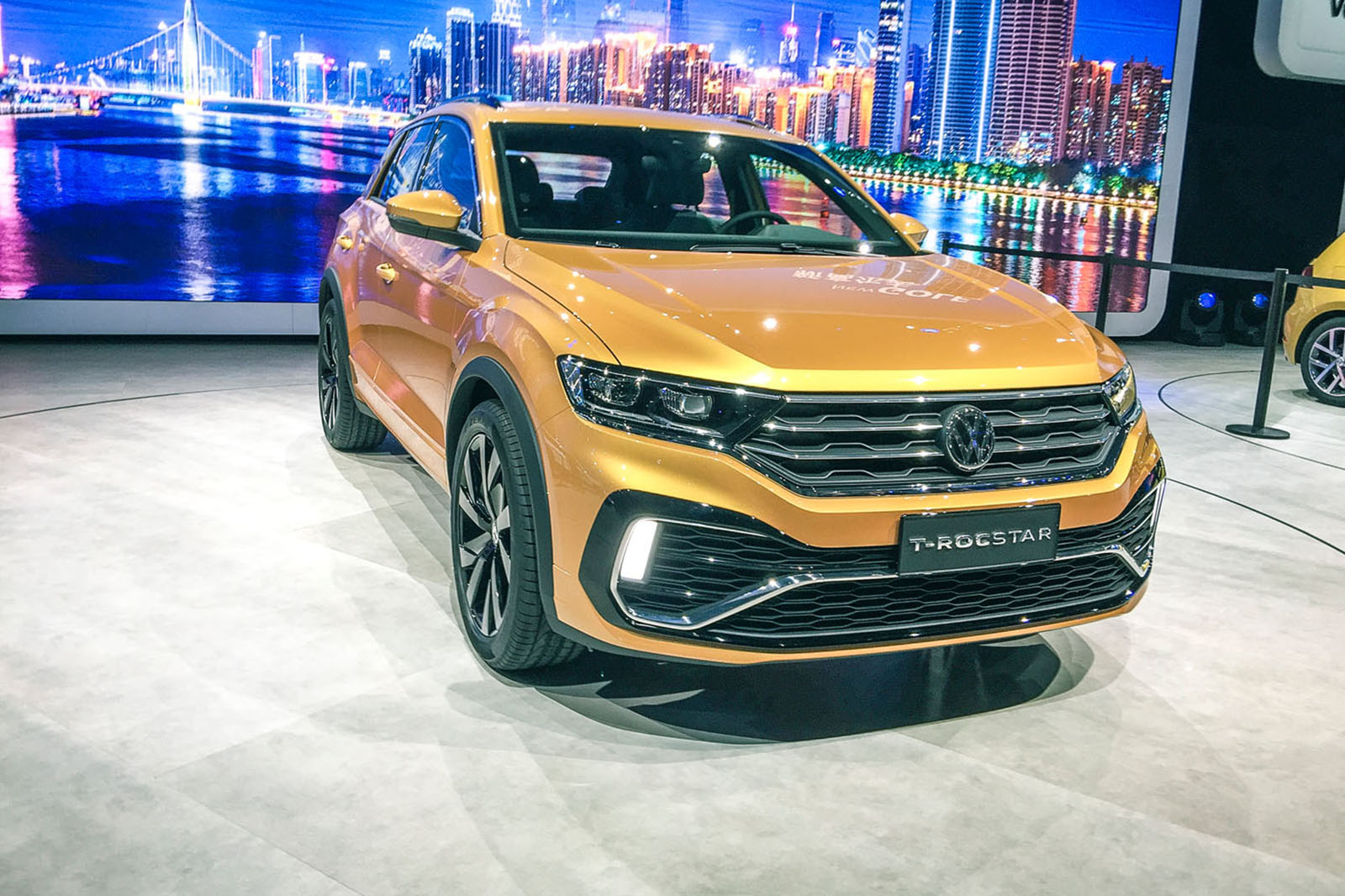 China is Volkswagen’s single biggest market – last month, it sold nine times as many cars there as in Germany. And it’s embarked on an SUV offensive, starting with a locally produced version of the Volkswagen T-Roc, inspired by the T-Rocstar concept at the Guangzhou show, in 2018. Between now and 2025, VW plans to launch more than 30 SUVs and electric cars to the Chinese market, the two key areas for growth. 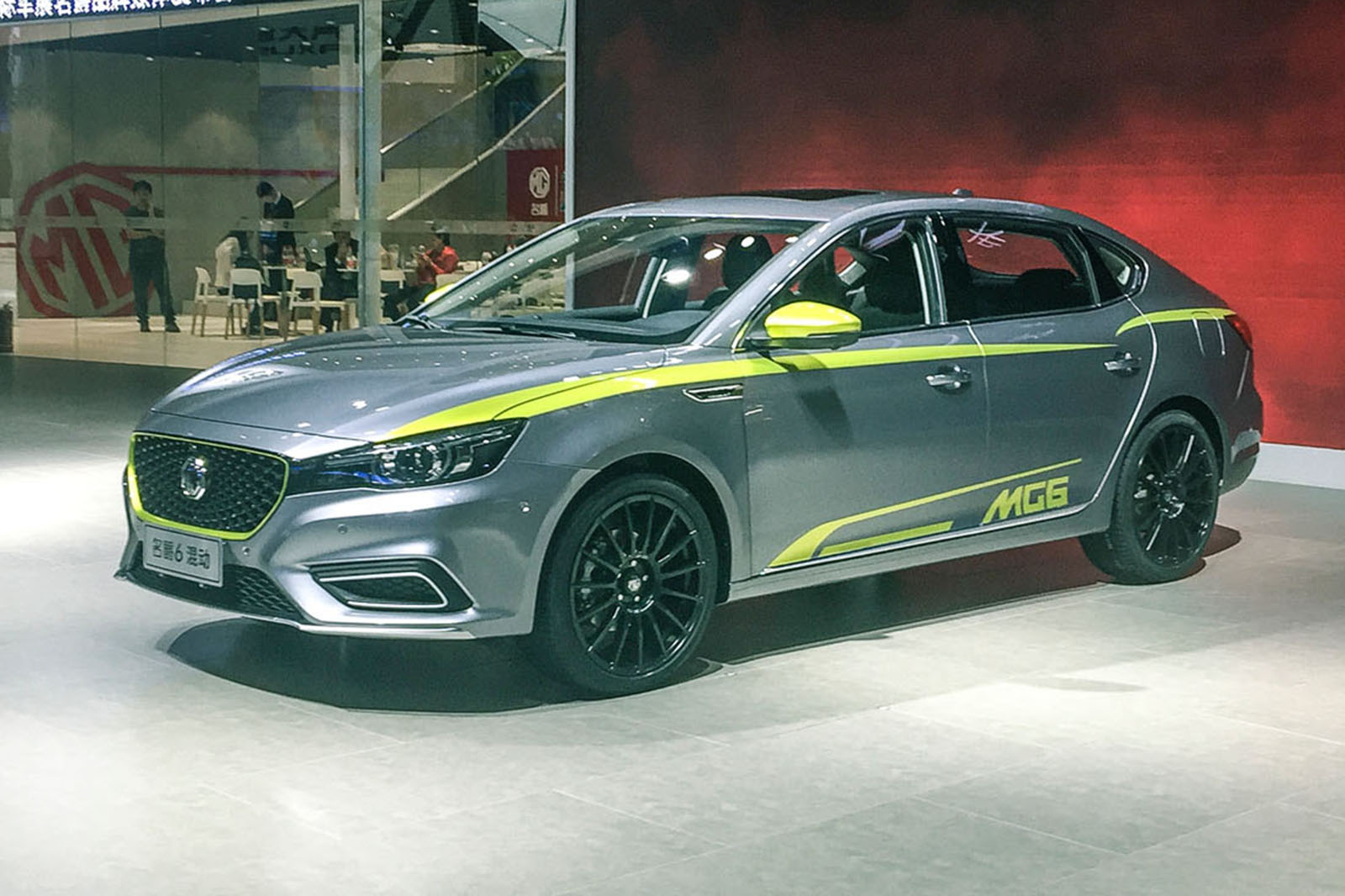 Chinese-owned MG has shown the second-generation 6 saloon in Guangzhou. It promises several significant improvements over the previous model, which was quietly axed in the UK a couple of years ago. Its design, both inside and out, is much smarter, technology is improved, and a plug-in hybrid version could be offered, based around a 1.0-litre three-cylinder engine. A UK-spec 6 is due to be revealed in the spring and go on sale this time next year.

Geez Bazzer, tell us how you REALLY feel...

Anywho, i wonder which sounds worst to American ears, GAC or TRUMPchi.

All China can produce is

All China can produce is pisspoor copies of others' cars, pollution, and bad parenting.