First small four-door coupé from BMW is set to challenge Mercedes in the UK next March from £25,000
Open gallery
Close

BMW has crowned its expanded compact car line-up with the new 2 Series Gran Coupé, its first small four-door coupé – and the model has made its first public debut at this year's Los Angeles motor show.

Available to order now priced from £25,815, with UK deliveries in March, the new Mercedes-Benz CLA rival expands the 2 Series line-up alongside the existing Coupé, Convertible and Active Tourer – although it is built on a different platform from those models. While the Coupé will continue as rear-wheel drive, the new Gran Coupé is front-wheel drive and uses the same FAAR architecture as the recently launched – and closely related – 1 Series.

The Gran Coupé model designation started with the 4 Series and 6 Series in 2012 and has recently expanded with an 8 Series version. The 2 Series Gran Coupé product manager, Gernot Stuhl, said BMW “felt there was room for a smaller Gran Coupé model that would sit below the 3 Series in terms of size”.

Although Stuhl said the “emotional concept” is aimed at a younger, design-focused audience, he insisted “the key focus is on driving dynamics”. He added: “We wanted to stress the design and sportiness with this car but, unless it offers strong driving performance, it’s not a real BMW.” 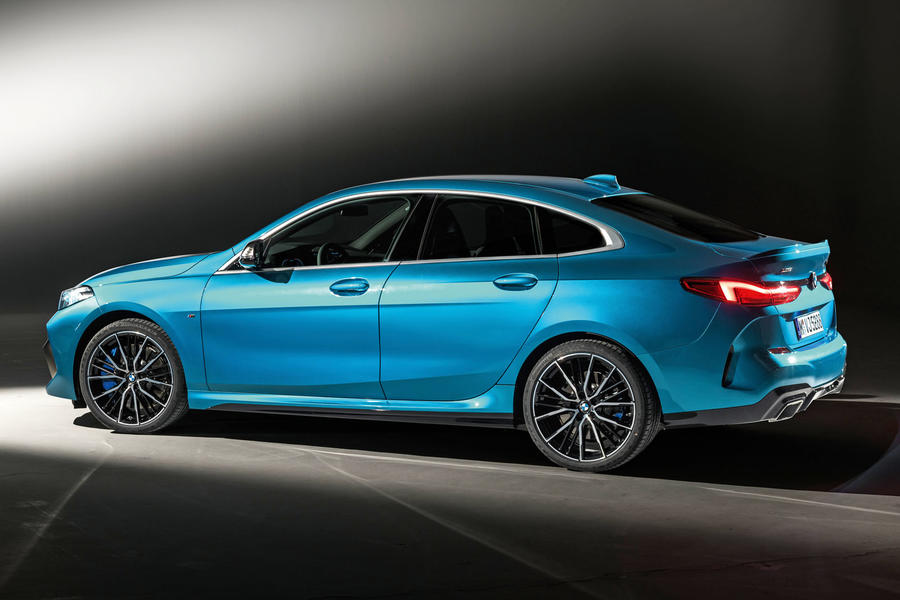 There will initially be three variants of the 2 Series Gran Coupé in the UK. The entry-level 218i features a 138bhp, 162lb ft 1.5-litre petrol unit and the 220d is powered by a 188bhp, 295lb ft 2.0 diesel. The 218i gets a six-speed manual or seven-speed automatic gearbox but other models have an eight-speed auto.

Take 1 Series underpinnings, top with a rakish body and what do you have? Let’s find out

The 2 Series Gran Coupé has the same mechanical underpinnings as the 1 Series, with the M235i featuring a Torsen limited-slip differential, BMW’s ARB traction control system, M Sport brakes and extra bracing for stiffness. The new four-door coupé is 4526mm long and 1800mm wide, making it 94mm longer and 26mm wider than the 2 Series Coupé, although the 2670mm wheelbase is 20mm shorter. It is 183mm shorter and 27mm narrower than the current 3 Series.

The 2 Series Gran Coupé gets its own version of BMW’s kidney grille, which is wider than the one on the 1 Series and designed to reflect those used on other Gran Coupé models. It features horizontal slats on lower-end models and a mesh grille on the M235i. The range-topping model also has enlarged air inlet surrounds, along with bespoke rectangular exhausts at the back.

LED lights are standard front and rear and are designed to slightly wrap around the corner edges of the car. The side of the bodywork features two ‘character lines’ to add a sculpting effect. Wheels range in size from 16in to 19in, although 17in will be the smallest size offered in the UK.

At the rear, BMW’s designers have used horizontal lines and positioned the numberplate low down to make the vehicle appear wider and lower. The wide tailgate opening is both to add character and to increase access to the 430-litre boot, which features a two-step design with a lower storage section to boost practicality, along with a 40/20/40 folding rear bench. 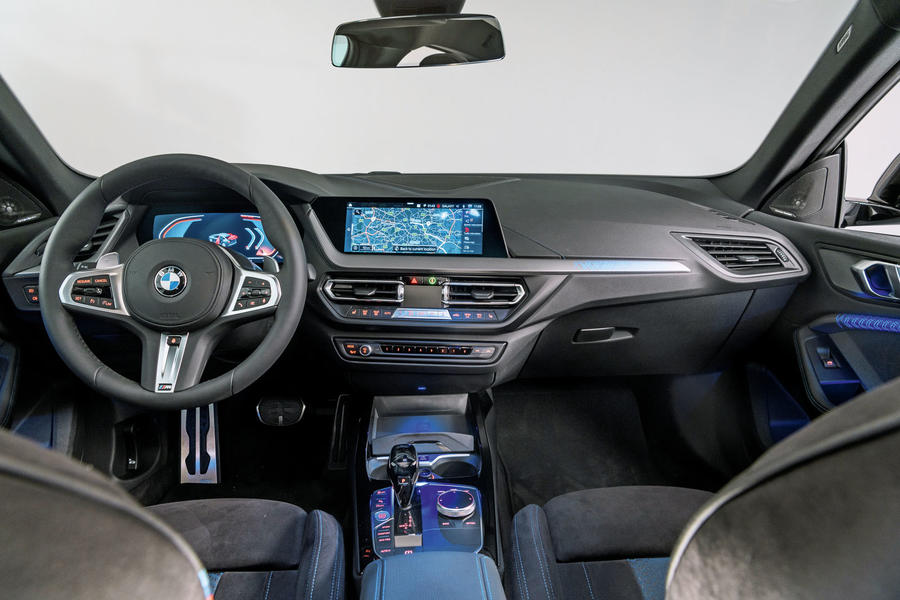 Inside, BMW claims the 2 Series Gran Coupé offers an extra 33mm of knee room compared with the 2 Series Coupé, along with increased head room.

Up front, the cabin is similar to that of the latest 1 Series, with a digital instrument display and the option of a 10.25in touchscreen, and a 9.2in head-up display. The touchscreen is tilted slightly towards the driver and differing materials are used on the dashboard to ‘split’ the driver and passenger areas.

Not my cup of tea but

This is not my cup of tea but as someone who gave up on the 3 Series after the E90 because they were just getting to big (fat) for threading around narrow lanes I can see that this model will fill a gap in the BMW line up.

Bmw will sell loads of these but with Fwd its becoming as dull as an audi. People that know nothing about cars will buy them, petrolheads will avoid like fire
Cersai Lannister 16 October 2019

Bmw will sell loads of these but with Fwd its becoming as dull as an audi. People that know nothing about cars will buy them, petrolheads will avoid like fire

Indeed, let's hope so since BMW needs to sell cars in volume rather than appeal to the ever-decreasing number of us that care about RWD. It's a negative or irrelevant to 82% of new car buyers, yes 18% of buyers have a preference to RWD from the last syndicated study I used. I was surprised - I thought it would be lower.

The Gran Coupe is supposed to

The Gran Coupe is supposed to be the stylish counterpart to the standard saloon range.

On the evidence of this, style isn't a high priority. It remains overdetailed and awkwardly proportioned.

Its interior is as inspiration-free as the rest of the current BMW range.