After it was unwrapped at the Frankfurt motor show, Adrian van Hooydonk was asked about the polarising views of BMW’s recent design debuts.

He told Autocar: “I’m not a psychologist but I know BMW is a brand that not only has customers, it has fans. They know our entire design history and have strong opinions on that. I don’t think that’s a bad thing, it means we have really connected with these people on an emotional level. Okay, I know that there might be some discussion with fans because they’ve grown to love what you’ve just done and you’re changing it already.

“As a company, you have to keep moving,” he continued. “The minute you start standing still, you become an easy target. The market is very competitive now, more than ever. But the hardest thing to do is make changes while you are successful. If you are no longer successful, people will immediately start saying you need to make changes, but then you are in panic mode.” 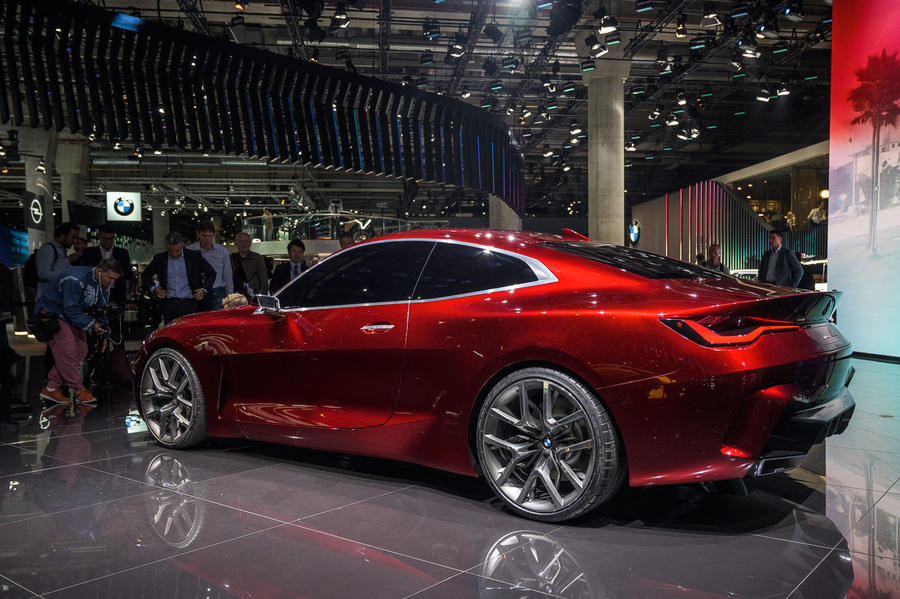 Describing the 4 Series specifically, van Hooydonk said: “It is a sporty coupé, and by definition it has to have a very expressive design, and you see that all around the car, not just the front. But there are not that many lines or elements – it’s not a complex design.

“We want to do this for all our cars: we want to have fewer elements, then each element you use plays a bigger role.”

Van Hooydonk did acknowledge, however, that it was the recent facelift of the 7 Series flagship that was the most visually distinctive – and there’s a good reason for that.

“It was part of the brief,” he said. “People liked the car, but they said by and large it looks quite similar to the previous one, so why should they buy the new one? Now everyone has noticed and production has ramped up considerably.”

Another thought  perhaps he

Another thought  perhaps he is thinking that he is a shrinking violet  and thinks I  know how to get my name to top the list of most talked about designers, well its more like to the bottom of that list Mr Adrian von Hooydonk .Did he rally think it was a good look

He can defend it all he like but its obvious that grill design is a dredful and utterly awful look . Why do these designers think taht really bad design is a way of showing off. Cease and concentrate on good and harmonious design. Not something that resembles a cuttle fish why why why  do they do it  We a consumers only laugh at at such ineptitude

. . . I remember telling the salesman in an Audi dealership about 15 years ago that I'd never buy a car with their fugly just-introduced oversized grille.  Since then I've owned at least four.