This year's Swiss show has brought us electric pods, supercars, back-to-basics sports cars and more. These are the cars we liked most
Share
Close
Share story
by Autocar
Follow @@autocar

The Geneva motor show is now in full swing and all of the main cars have been revealed.

This year's show has brought us everything from an electric pod to a back-to-basics sports car, so here we run through some of our favourites from Switzerland's 2017 event. They're listed below in no particular order. 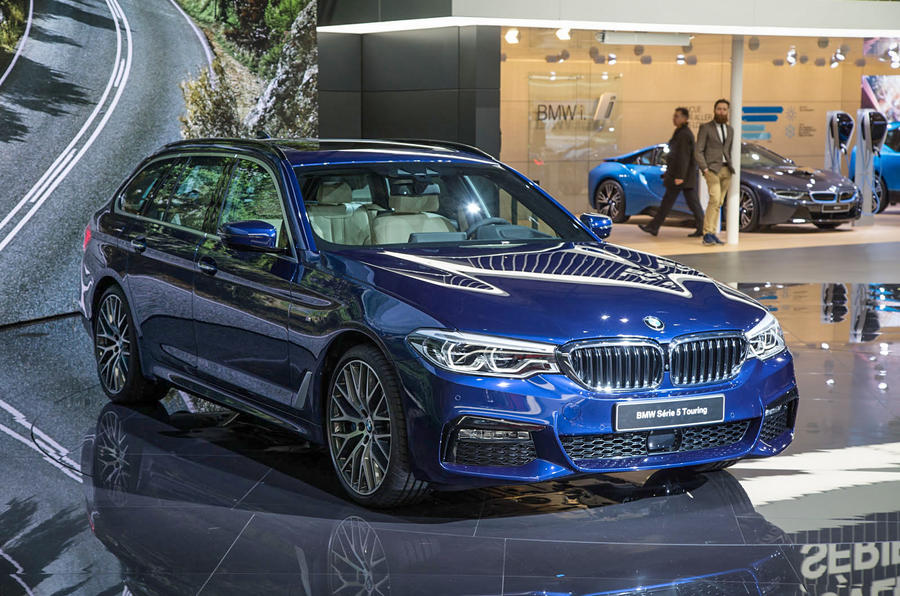 Seeing the new version of a car you drive yourself is a sweet (and rare) moment at a motor show. So as the owner of an F11 BMW 520d Touring, I give the new G31 5 Series Touring a thumbs up: premium looks inside and out and a practical, family-friendly boot. Hopefully it steers and rides with aplomb. 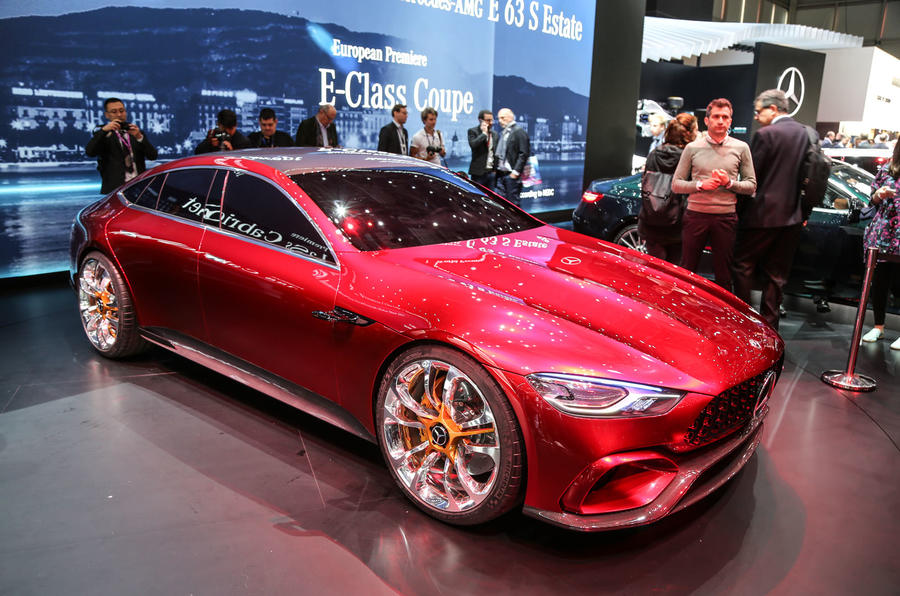 You need to see the five-door GT up close to really appreciate the step-change Mercedes-AMG has taken with this long and low fastback. With its svelte styling, powerful new hybrid system with torque-boosting electric assistance, four-wheel drive with drift control and 50/50 weight distribution, it promises to deliver a driving experience beyond that even of the sublime new four-door E63, with which it shares elements of its platform. If the upcoming production version, due out in 2019, manages to capture the spirit of the concept, it can’t be anything but a winner. Porsche, you have been warned. 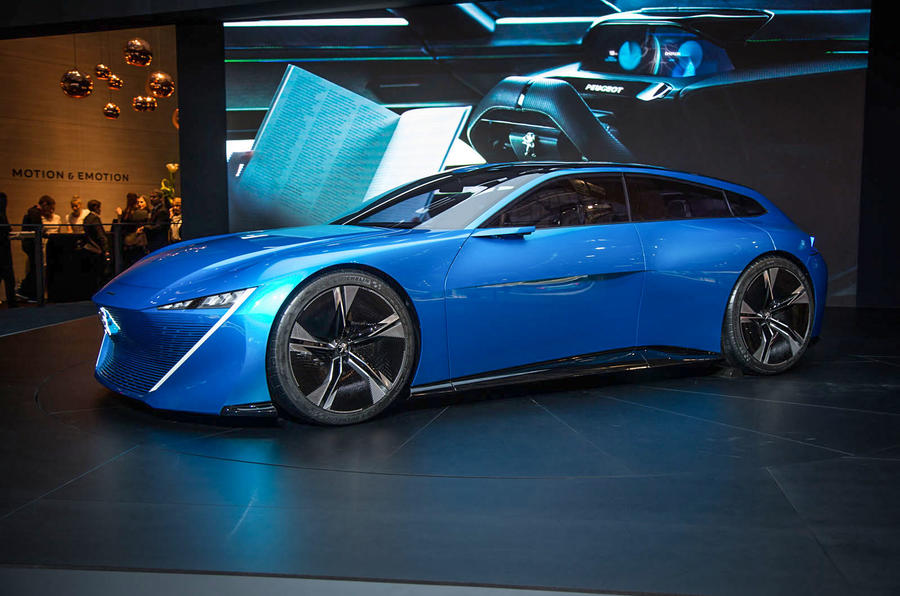 A self-driving model that actually looks like a real - and handsome - production car. How refreshing. The exterior design showcases original styling that includes a 3D-printed grille and a camera incorporated into the LED head-lights, the latter being set to make production. Let's hope this marks the start of a new era for Peugeot design. 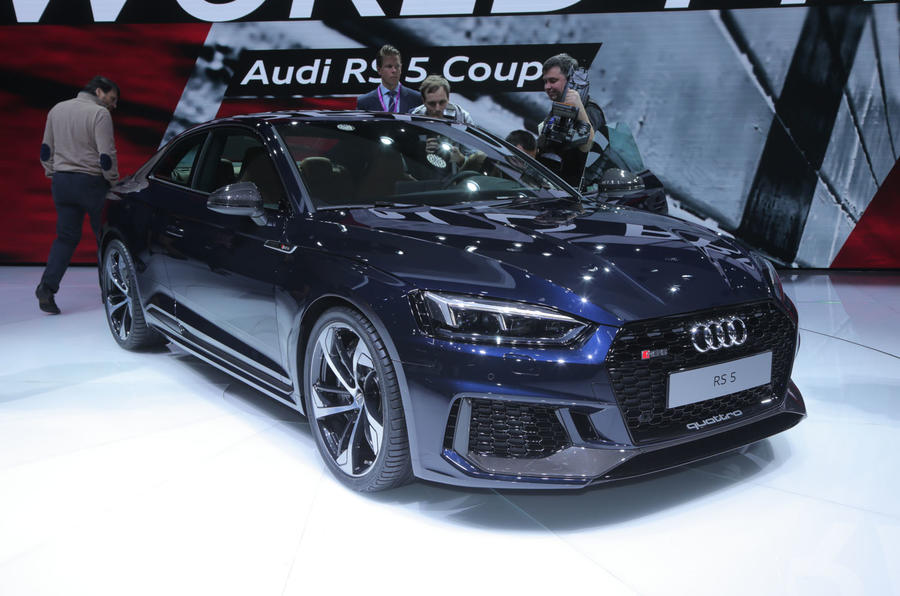 Any idea that Audi’s schtick of ever more nuanced styling and detailing and ever more plush cabins would be starting to pail was blown away by the new RS5. It’s stunning, especially in its aggressive supercar-style nose treatment. And the way the doors close simply redefines ‘bank vault’. 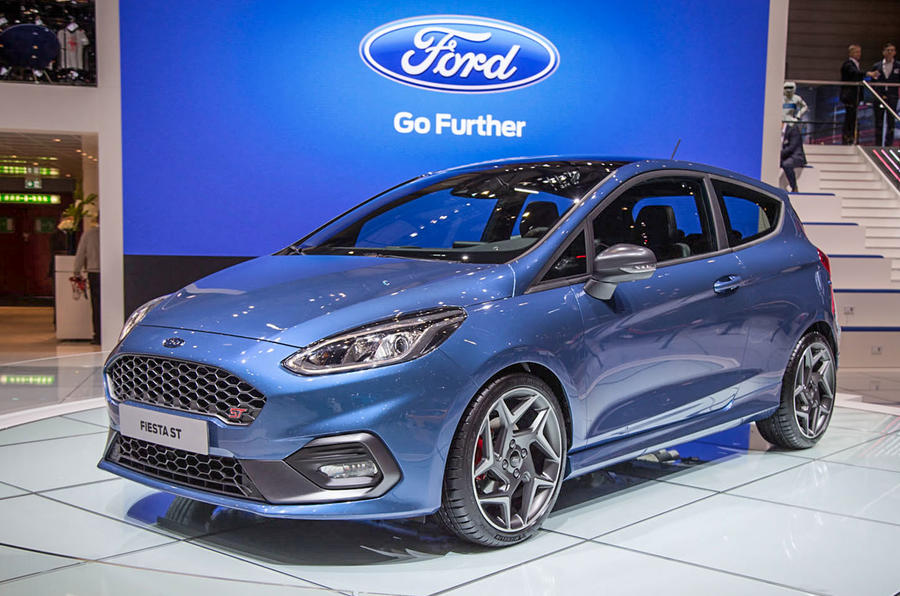 "If you have the current ST and then drive this, you will sell your car." So says Fiesta ST development boss Matthias Tonn. He was in charge of the old ST, ST200 and Focus RS500, and knows his onions. I'd normally dismiss such a line as folly, yet not with his track record or CV. We drive it in June. 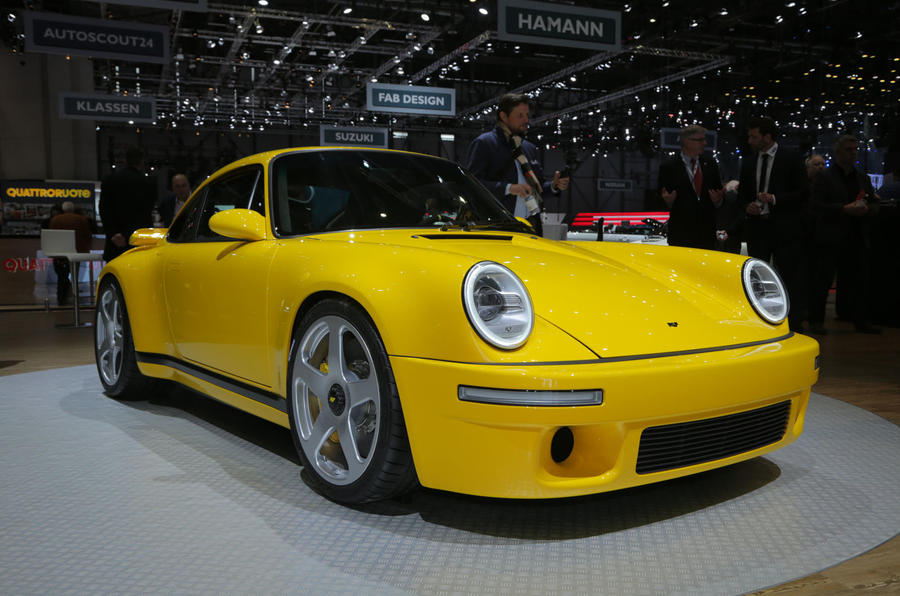 While I’m not too hot on the whole “restomod” movement, where classics are restored and upgraded to what’s meant to be better-than-new condition, I love the idea of the new RUF CTR, a car that looks pretty much exactly like a 964 911 while having a 700bhp turbocharged Mezger in the back. There’s just the small matter of the €750,000 pricetag. 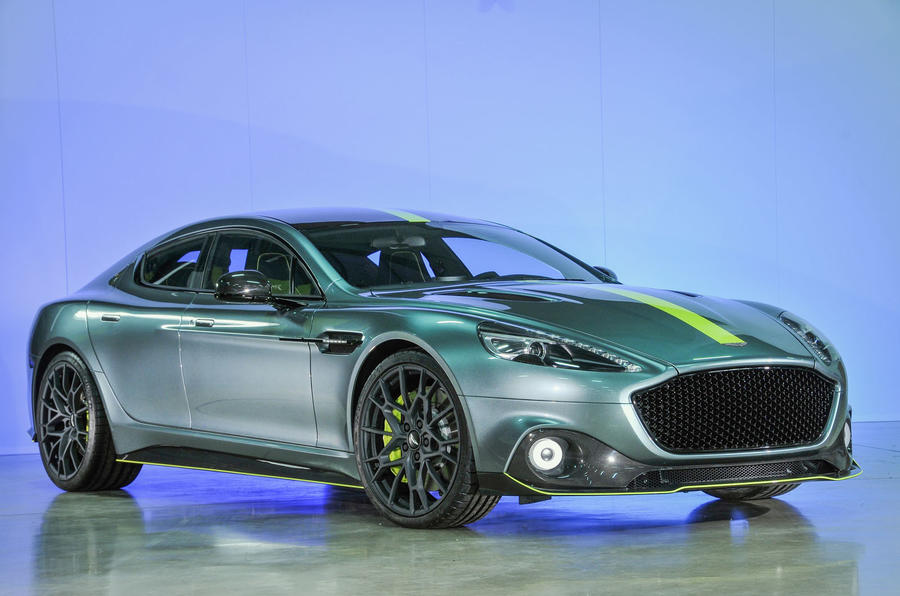 It may look mostly like a Rapide S with a go-faster stripe, but for me, the Aston Martin Rapide AMR was still the most tempting production model of all at Geneva. The Rapide is a much misunderstood and underrated car, so any sprinkling of attention is well deserved in my book. But put the engine from a Vantage GT12 in one and you’ve got my undivided attention. Delicious. 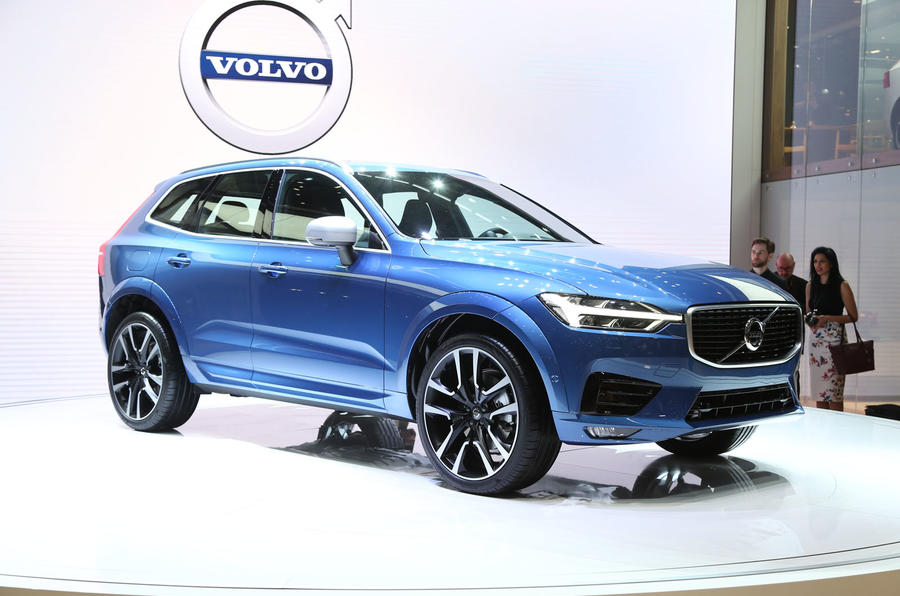 Forgive me for taking the conservative choice here, but the new XC60 could be all the car you'll ever need. It's stylish, spacious and safe and should cost less than £30k. What more do you really want? 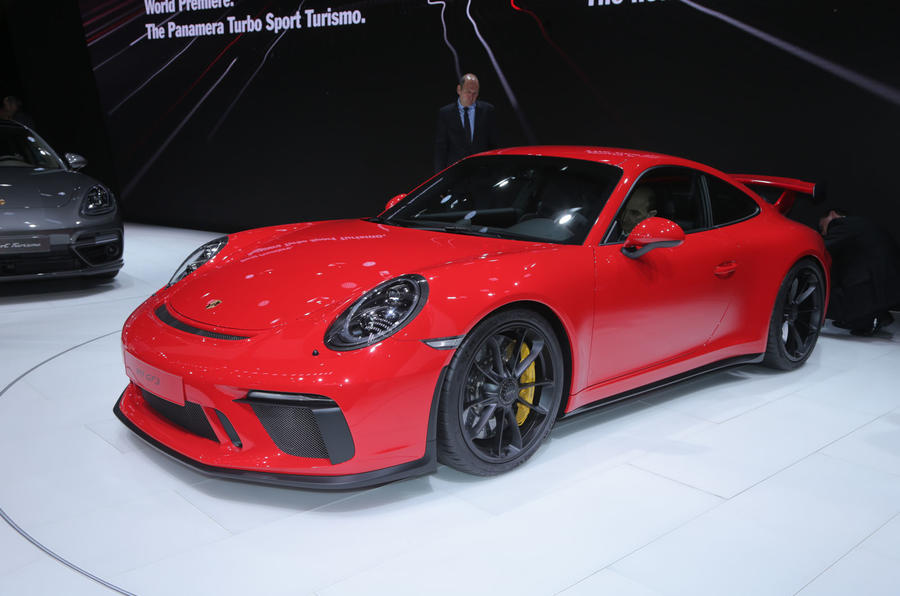 A naturally aspirated flat six that redlines at 9000rpm and is mated to a manual gearbox. Oh yes. Thank you, Porsche, for listening to customers and creating what could well be one of the most viscerally engaging driver's cars yet produced. Thankfully, this one's not being made in limited numbers, either.

The fact that it was revealed a week before the Geneva motor show made not a jot of difference: the Velar was a style-led triumph to behold once again. Little wonder there was a queue of company bosses from rival firms lining up to admire it, both inside and out. 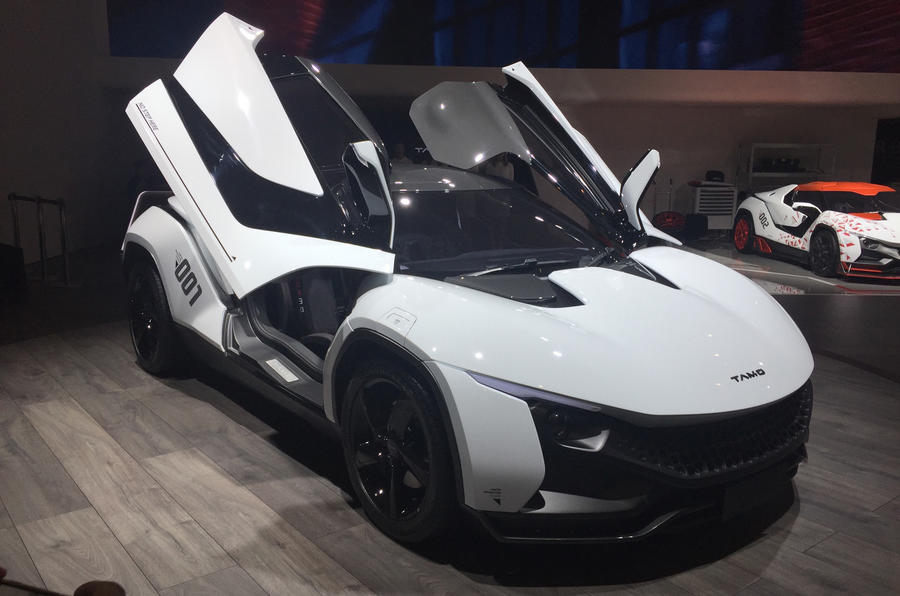 A refreshing change from Geneva's carpet of supercars, being promisingly small and wieldy. Industry-first MoFlex sandwich construction and 187bhp from a 1.2-litre turbo triple should yield an entertaining power-to-weight stat. The Racemo is from Tata Motors' new Tamo sub-brand, makes Indian sale in 2018 and will hopefully appear here. 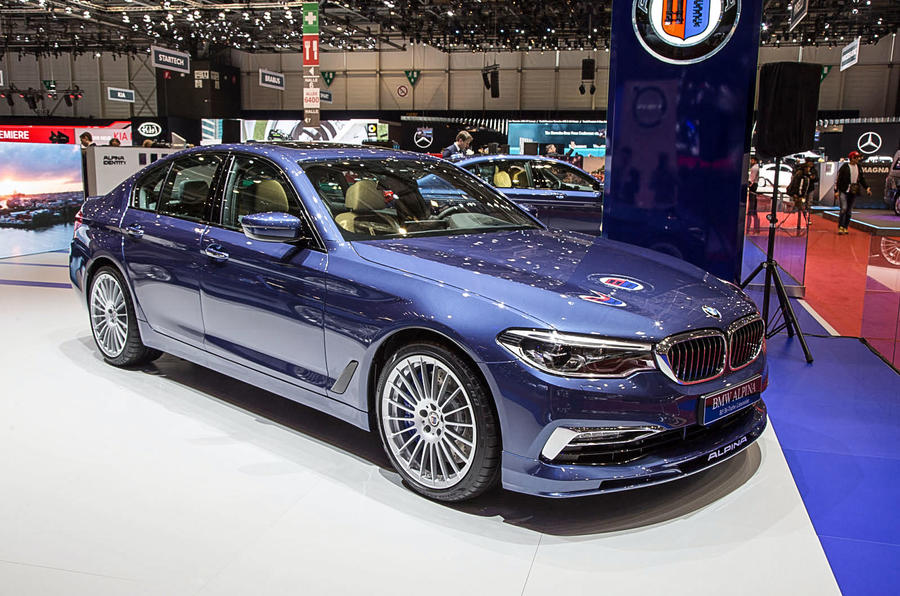 We already now just how good the G30 BMW 5 Series is, so that’s a fantastic basis for Alpina to be starting from. And the prospect of 600bhp for the new B5, in a chassis tuned by the excellent engineers at Buchloe, fills me with glee. I can't wait to see what magic they have produced.

I bumped into Gordon Murray and asked him which car had impressed him most. "Alpine," was his instant reply. It weighs barely more than a tonne, has 252bhp and looks great. All it needs to do now is deliver on the promise of those looks and that spec in the way the Alfa Romeo 4C never quite managed. 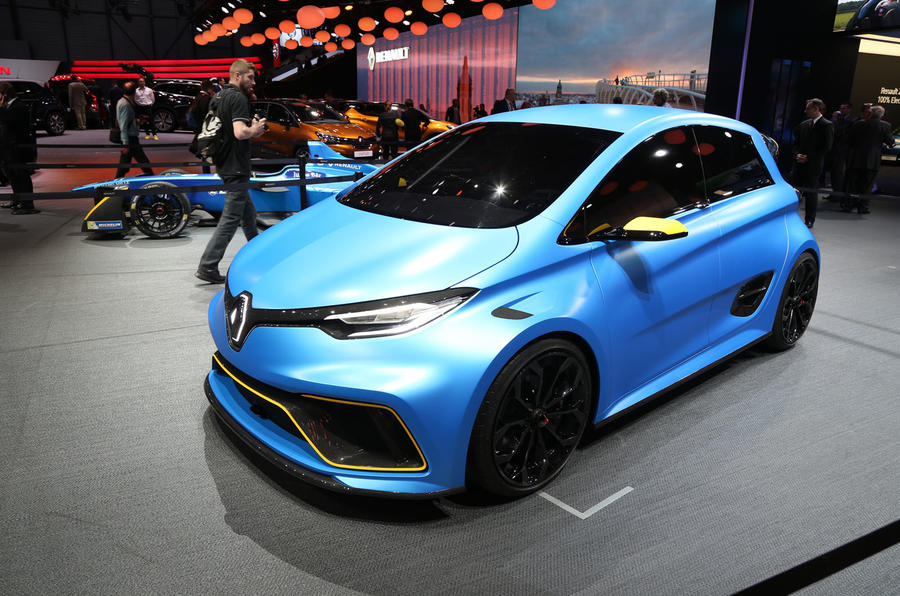 My favourite car has to be Renault's super-fast Zoe e-sport EV concept. I know it's only got a running time of 20-30 minutes at full steam - and then takes 10 hours to charge - but it looks fab and must be ridiculously quick with 463bhp on tap. Perfect for my favourite motor sport code of hill climbing. I raced a standard car on exotic rubber at Prescott a couple of years ago; this one would slaughter the opposition.

There are more usable sports cars out there. There are less ridiculous ones, too, more suited to our times and how we use them. But I just want to know what a 640bhp car and a set of tyres that can lap the Nürburgring in 6min 52sec are like. Purchase one of the 25 Pininfarina Fittipaldi EF7 and you'll get the chance to thrash your stunning-looking track toy around with Emerson Fittipaldi himself. It weighs less than 1000kg and gets a new 4.8-litre V8 that revs to 9000rpm. Unfortunately, I suspect the closest I’ll get to racing it will be on Gran Truismo.

9 March 2017
You only have too look at it to want it. It's exactly the kind of machine Lotus should be developing if it had a bit more cash and capability. If this really is going into production, then why not sell it here with a Jaguar badge! Maybe it could be justified as a way of bringing down JLR's fleet average CO2? Oh hang on, no-one cares about this any more...