BACK TO ALL NEWS
Currently reading: 2017 BMW 5 Series Touring arrives as brand's most practical estate
UP NEXT
Renault Scenic returns as radical EV with hydrogen range extender

The new BMW 5 Series Touring is larger and more spacious than its predecessor, but around 100kg lighter.

The car has been revealed at the Geneva motor show today. 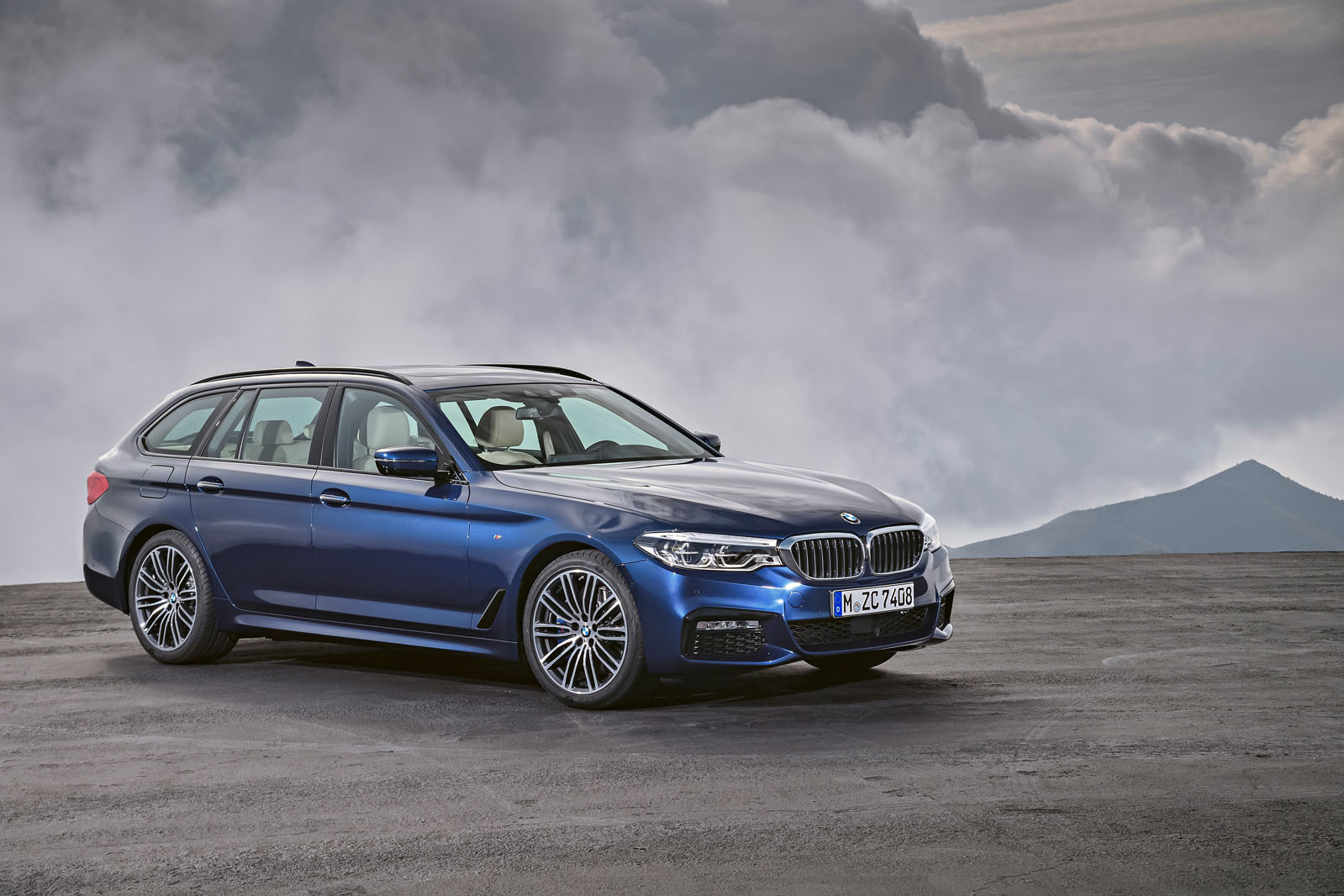 The Mercedes-Benz E-Class Estate, Audi A6 Avant and Volvo V90 rival is 36mm longer, 8mm wider and 10mm taller than the outgoing 5 Series Touring and sits on a 7mm longer wheelbase. The increased dimensions mean passengers benefit from more head, shoulder and leg room. BMW says the new model has enough space for three child seats to be fitted across the rear bench.

The new 5 Series Touring’s boot has a 570-litre capacity with the rear seats up and 1700 litres with the seats folded, increases of 10 and 30 litres respectively over the outgoing model. The rear bench has a 40/20/40 split. The car also features a power-operated tailgate as standard, with ‘hands-free’ opening available as an option.

Air suspension is now fitted as standard at the rear axle, a development that means the new 5 Series Touring can carry loads of up to 730kg, an increase of 120kg over its predecessor’s capability. 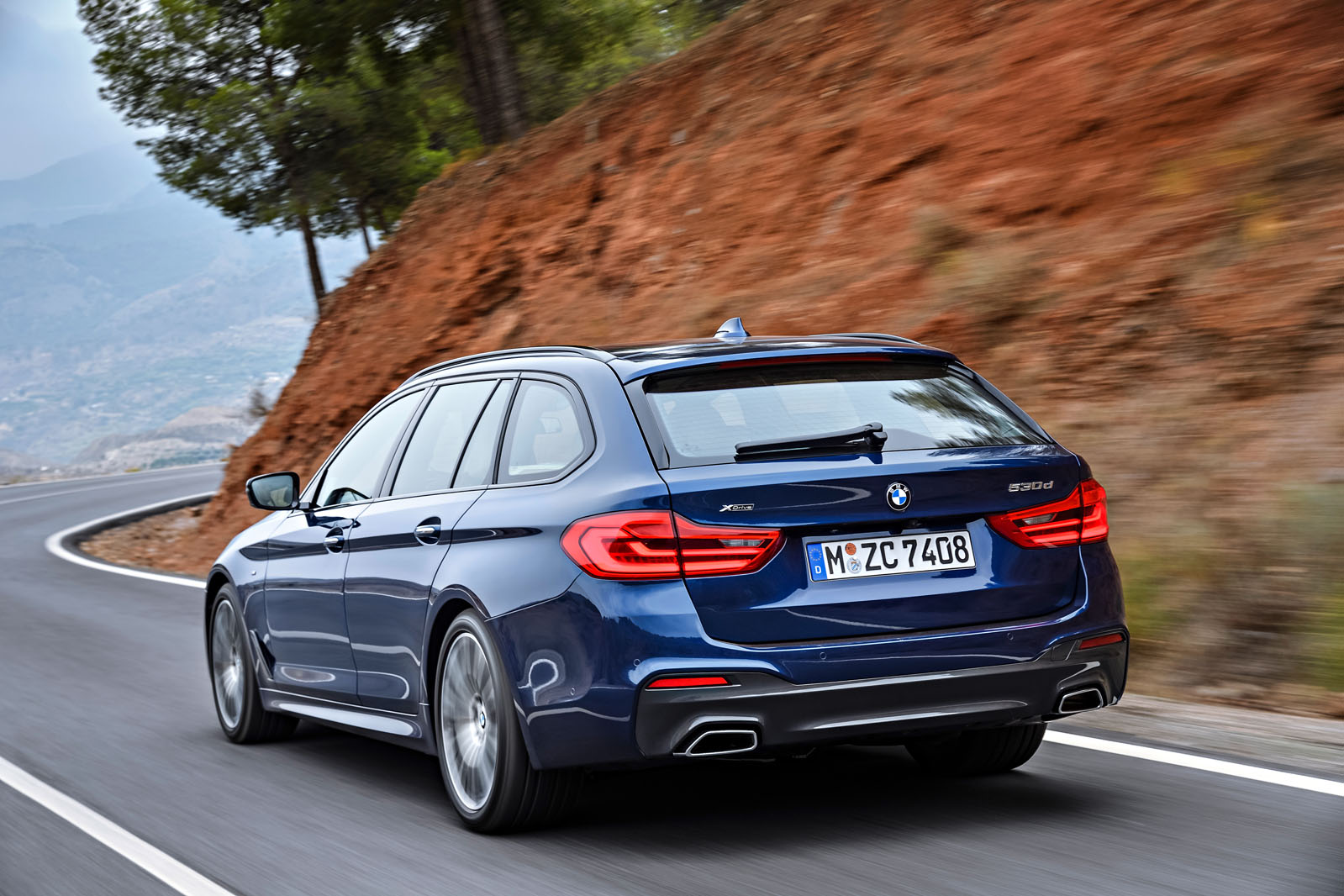 At launch, the 5 Series Touring will be available with a choice of two diesel engines and two petrol units. A 2.0-litre four-cylinder 520d with 188bhp and 3.0-litre straight six 530d with 261bhp offer claimed fuel economy of 65.7mpg and 53.3mpg respectively. BMW’s xDrive four-wheel drive is an option on the 530d.

The petrol line-up includes the 530i and 540i xDrive. The former uses a 2.0-litre fourcylinder unit with 248bhp and the latter a 335bhp straight six. The 540i xDrive has xDrive as standard and is the quickest derivative at launch. According to BMW, it can dispatch the 0-62mph sprint in 5.1sec.

The 520d comes with a six-speed manual gearbox as standard, but an eightspeed Steptronic automatic is optional. All other models come with the automatic gearbox.

The new 5 Series Touring is offered with the option of dynamic damper control, roll stabilisation and active steering, as well as M Sport suspension on xDrive models. 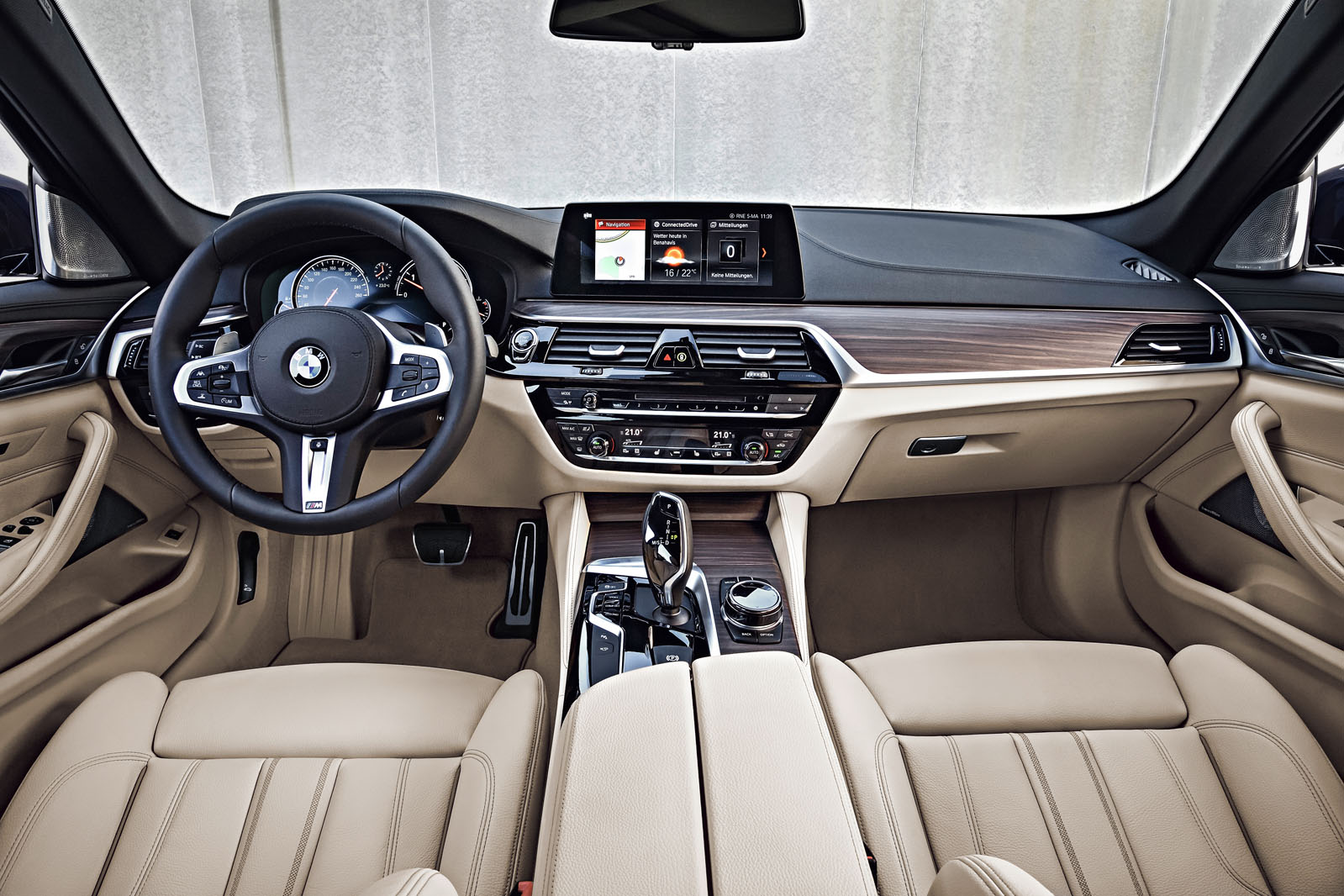 The cabin will feature the same raft of kit as the 5 Series saloon, including an 8.8in infotainment touchscreen with BMW’s latest iDrive software. The system can be controlled via touch, gesture or voice commands. An inductive phone charging point, Apple CarPlay and a wi-fi hotspot also feature.

Safety kit and driver assist features include collision warning and pedestrian warning with city braking, cross traffic warning, active side collision protection and lane control assistant, which can maintain the car’s path in a motorway or autobahn lane at speeds of up to 130mph.

Sales and marketing boss Ian Robertson said "We know most of our customers are busy and always on the road and really appreciate smooth and connected infotainment. The 5 Series has the most advanced assistance tech in the segment. It is the sportiest [car] as well."

The new 5 Series Touring will go on sale in June, with prices starting from £38,385, £2360 more than the saloon. Like its predecessors, the Touring is expected to outsell the 5 Series saloon in the UK.

From 2L..Will be interesting to see how well she'll hold up after a few years.
Cyborg 1 February 2017

I wish they would change up the design of their dashboards. Its been same old same old for too many years already! I know the quality is now exemplary and its technologically state of the art. But BMW interiors are just so boring. Identikit inside as well as out! Look how stylish the new Panamera's interior is now...it looks like the future.
Highline2.0 1 February 2017