BACK TO ALL NEWS
Currently reading: 2017 Volkswagen Arteon - spy pics and tech specs of CC replacement
UP NEXT
Hidden gems: A peak behind the scenes at Beaulieu

Arteon executive saloon will be revealed in Geneva before going on sale in Britain in late 2017; range-topping version will produce 276bhp
Open gallery
Close

The Volkswagen Arteon will make its debut at the Geneva motor show next March to as a replacement for the discontinued CC.

The Arteon, shown in the gallery above testing in southern Europe, is the first all-new model to come from the VW brand since the emissions scandal which engulfed the company last year and which lead to the group's restructuring over the last 12 months. It will sit above the current Volkswagen Passat saloon in Volkswagen's line-up.

Volkswagen has confirmed to Autocar that the Arteon is based on a stretched version of its MQB platform, making it 50mm longer than the CC four-door coupé, production of which ended earlier this month. The CC was typically one of the German manufacturer's lower-selling models, with just short of 4000 examples being sold here in 2015. However, VW is hoping its more practical Arteon will be more popular across Europe.

It will have a boot that can take up to 1700 litres of luggage when the rear seats are folded down, and more legroom for second-row passengers than the CC. 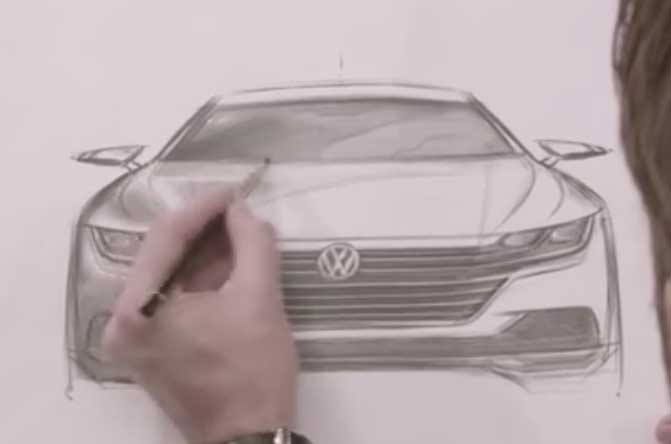 Pitched as a rival for the BMW 4 Series Gran Coupé, the Arteon will get a familiar range of turbocharged four-cylinder petrol and diesel engines. The most potent petrol unit will produce 276bhp, suggesting it's the same unit as used in the Skoda Superb 280 and Seat Leon Cupra 280.

The Arteon will be the first model to get an all-new seven-speed DSG gearbox, and it will be available with either front or four-wheel drive, with the latter set-up likely be standard on the 276bhp model.

The Arteon's design appears to be at least partly inspired by the Sport Coupé GTE concept car that made its debut in Geneva last year. That car was a hybrid, with a 3.0-litre V6 petrol engine and an electric motor. That powertrain won't be available on the Arteon at launch, but VW hasn't ruled out introducing a hybrid option later on. The electric part could be offered with one of the Arteon's four-cylinder units in the future, or the Passat GTE's hybrid system could be carried across. 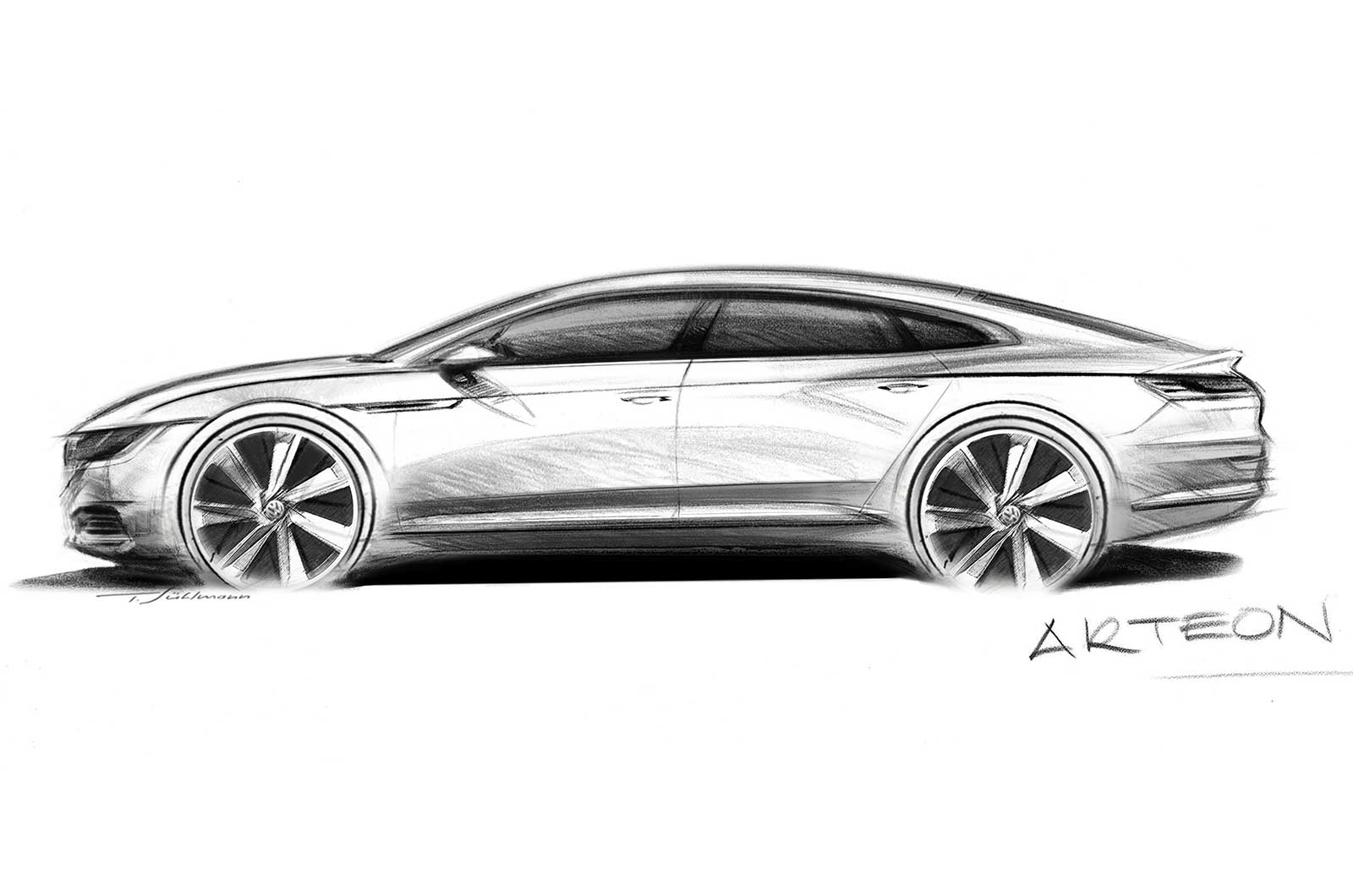 Inside, the latest Active Info Display infotainment technology - VW's version of Audi's Virtual Cockpit - will be included, along with the latest driver assistance technology. Volkswagen has kept quiet on details, but Autocar understands the model will be a showcase for technology in the VW range, and will introduce more advanced automatic throttle and braking systems, along with lane keeping assist and other semi-autonomous driving technology.

The design sketches shown above and in the video below are all that have been revealed of the Arteon's design by VW so far, but photographs of the four-door car show its shape. VW said it will come with a "highly expressive, horizontally accentuated brand look." As part of that look, the Arteon will come with a larger front grille and LED lights with 3D styling. VW says the car's frameless windows "reflect the typical stylistic elements of a grand tourer" while a large boot features at the rear.

The car will be offered in two trim levels in Europe, with the top spec being R-Line. UK trim is yet to be confirmed, but expect a similarly slim choice of top-level trims to be offered.

Volkswagen Exterior Designer Tobias Sühlmann said: "At first sight, the Arteon arouses enthusiasm through its expressive design. It then surprises through its practical virtues. This combination is unique."

The Arteon's name is said to reflect its artistic and emotional nature, and also its intention to sit as a premium model, in line with the Phideon, VW's executive saloon for China.

Pricing and on sale date

Following the Arteon's debut in Geneva next year, a full market launch is planned for next summer. The Arteon will be built in Germany and is due to go on sale in Europe in the second half of 2017, before arriving in Britain in the autumn of 2017. It will be priced from around €35,000 in Germany, or around £30,000 in the UK, making it nearly £4500 more expensive than the outgoing CC.

Europe is the Arteon's first target market, but it'll eventually be offered in the Middle East, China and USA too.

So far, Volkswagen has only applied to trademark the Arteon name in its home market of Germany, in July of this year.

Be interesting to see how they position and spec it vs. the Audi A5 Fastback.
abkq 29 November 2016

I am glad you raised the

I am glad you raised the question of brand value.
For me, the outgoing CC is probably the most coherent and distinctive interpretation of the 4-door coupe genre, whereas the A5 fastback looks clean and functional but not much more.
I wonder what their sales figures are.
tuga 28 November 2016

Anyone think that the name is a bit.. unfortunate?
Flatus senex 29 November 2016

A different type of wind

It could have been called the "Trump".

Don't you think that might upset the Chinese. GAC Group already have the Trumpchi brand and you couldn't nick that, after all the Chinese don't go out of their Way to pinch Western ideas and designs do they (!).