From £32,525
Spacious and well appointed, but an overly firm ride lets this prototype model down for now
Open gallery
Close

Meet the VW Arteon, the car formerly known as the VW CC and, prior to that, the VW Passat CC.

The name comes from the word 'art' and the made-up, but apparently upmarket-sounding, 'eon' suffix, which VW also uses on its Phaeton-replacing Phideon in China. For all that, it is this car's original name that gives the biggest clues as to where it is derived from, but of course Volkswagen, armed with its MQB architecture and its hastening push for more 'emotional' designs, wants to claim it is a unique design and give this European range-topping sports coupé its own space in which to play.

That space is set to be pretty rarified for a car wearing a VW badge, because the target market is traditional premium buyers from both the Audi A4/BMW 3 Series/Mercedes C-Class sector and the larger Audi A6/BMW 5 Series/Mercedes E-Class sector. More directly, it’s a BMW 4 Series Gran Coupé rival.

Although VW isn’t giving too much away, the evidence of poking around this prototype suggests it can compete on the comparison spreadsheets in terms of space and practicality, aided by a wheelbase increase over the standard Volkswagen Passat and outgoing CC, and a presumably (but yet to be revealed) lower price. 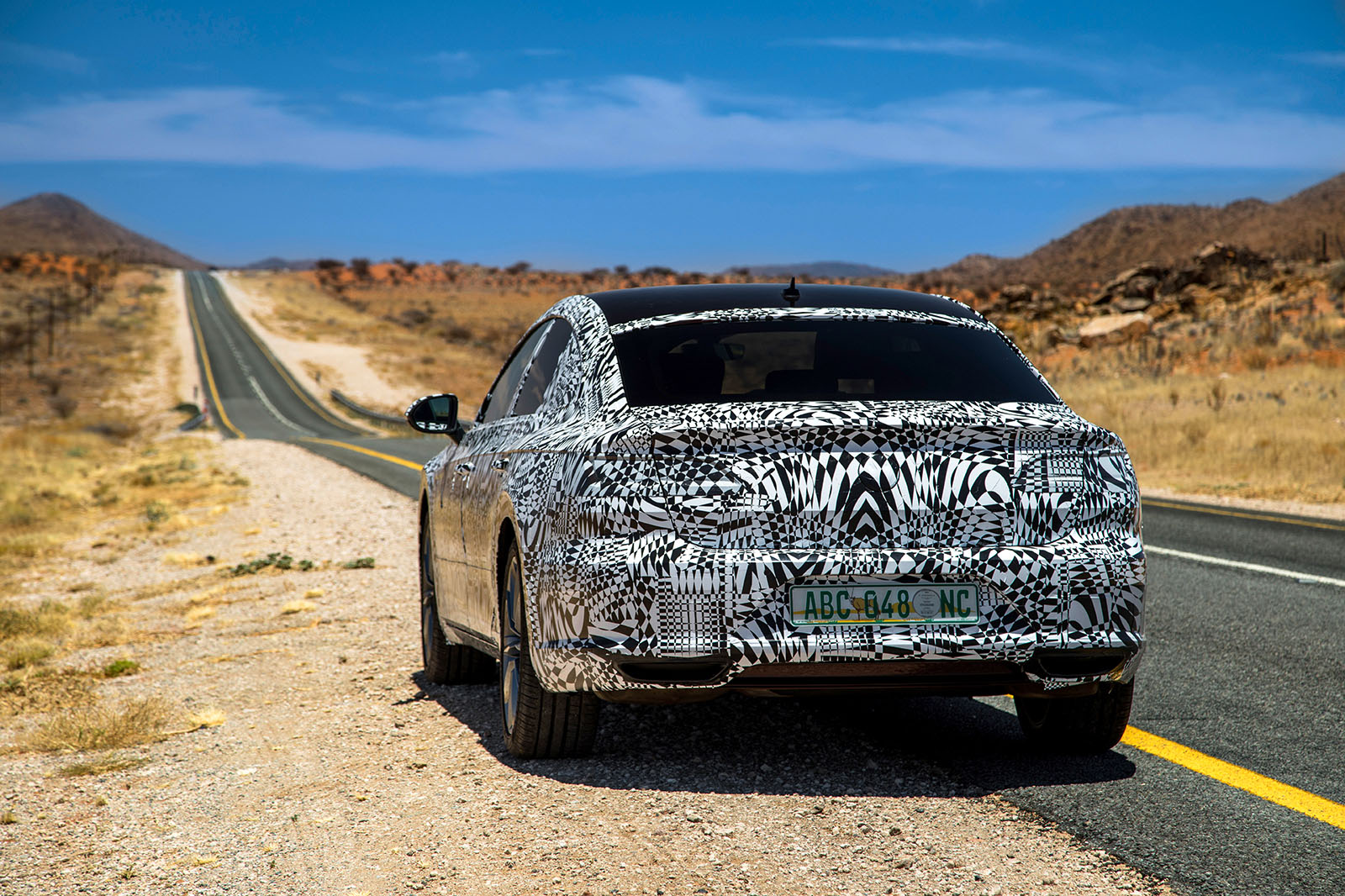 VW is eager that the spreadsheets don’t tell the full story, however, and while the heavy disguise of our test cars kept several secrets, it’s clear that the designers have been allowed to go to town in order to put the art into the Arteon (sorry). There’s the new family grille design, now more horizontal than ever and reaching between the headlights, with Audi-like indicators and big, broad shoulders. You need to squint at our pictures, but there’s enough to suggest it’s usefully differentiated from the Passat on the outside

The interior, though, looks entirely familiar, but that need be no bad thing, because the standard Passat is a lovely car to be in and here the cabin is even more commodious and well appointed. Spacious, upmarket and – especially with the Active Info Display digital dash display pioneered by Audi  under the Virtual Cockpit name, which will be offered here as an option - very modern, it oozes the appeal of premium rivals.

The space is excellent, too, with two six-footers happily able to sit behind one another and with no issues of head room in the rear. The boot is also large, extending to a seats-down 1700 litres, which, with its hatch opening, rather shades the practicality of saloon rivals.

On this prototype drive in South Africa, where VW is completing a round of hot weather testing, we got to try a European-spec car powered by a 188bhp 2.0 TSI petrol engine and a US-spec one powered by a punchier 268bhp 2.0-litre petrol engine. Both cars were front-wheel drive, although four-wheel drive will be available as an option. After launch, the CC will be offered with a familiar range of VW's turbocharged four-cylinder petrol and diesel engines, with the most potent European petrol unit producing 276bhp.

The engine also uses a new seven-speed DSG dual-clutch automatic gearbox, which on our test car was fast-changing and smooth, and fired up from a start-stop induced standstill far more eagerly than the outgoing unit ever managed. 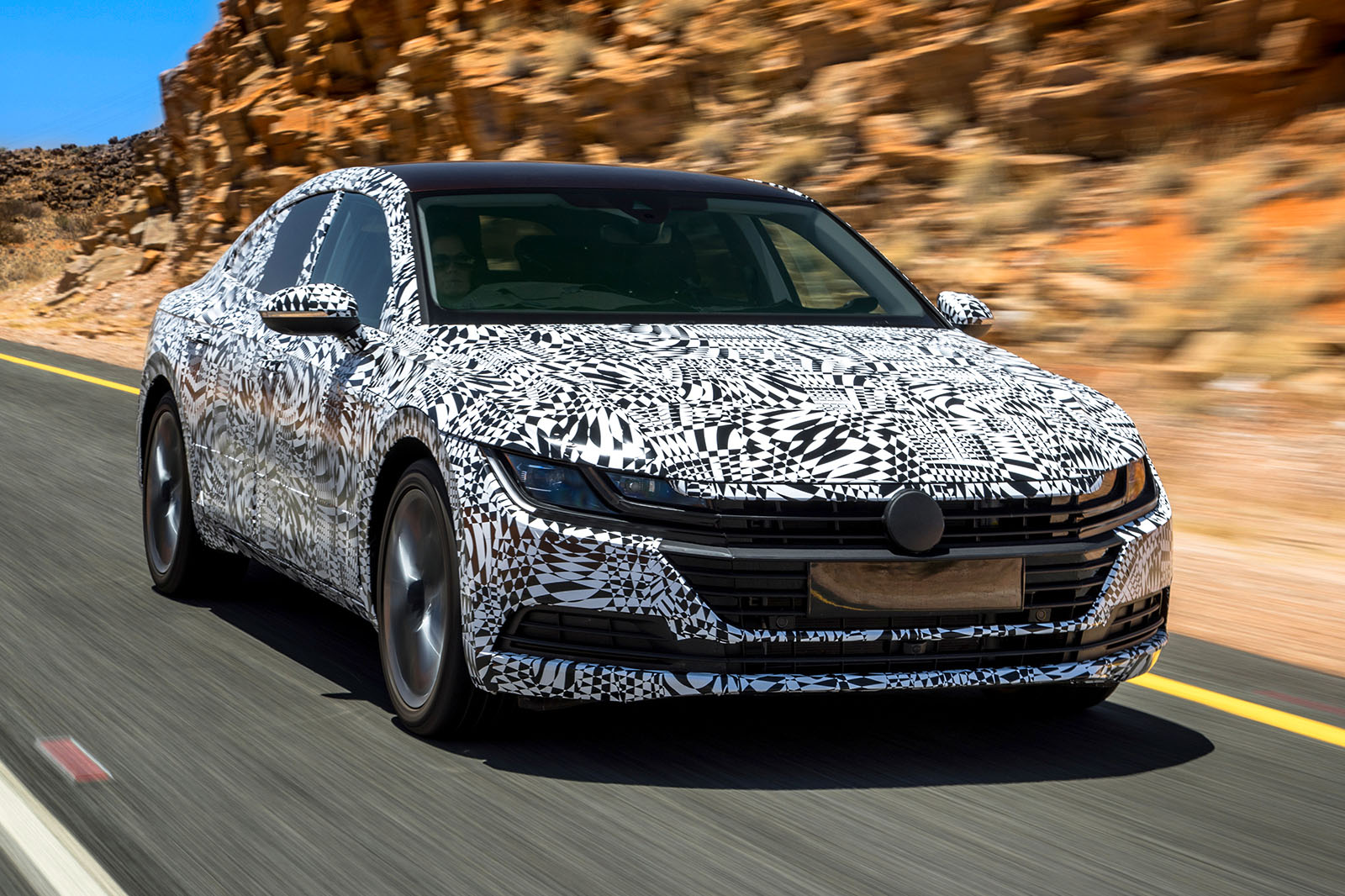 But while the engines were both refined, smooth and suitably sporty for a car claiming to be a sports coupé, the ride was overly firm, regardless of whether the car was on 18in or 19in rims, or equipped with the standard suspension or the adaptive Dynamic Chassis Control (DCC) system. There’s still time for tuning, of course, but you have to wonder if the pursuit of ‘emotion’ has resulted in an overly firm set-up to provide an overt sense of sportiness. There were mitigating factors, such as especially poor road surfaces, but the fact that smaller wheels and a full Comfort setting couldn’t solve the problem suggests everything has been dialled up a little too far for now.

Getting that trade-off between firmness and comfort won’t be simple though, because the payback of eager cornering and little body pitch or roll is evident. The steering is fine, too, if not feelsome like in premium rivals, but not so far behind, and the control weights are just so, which inspires a nice level of confidence

Can VW really tempt people away from established premium brands, especially in the brand-snobbish UK? The outgoing CC was charged with a similar task and largely failed to make in-roads of any significance, with around 4000 CCs being sold last year. Indications are that the increase in size and kit could add as much as 5% to prices, pushing the entry point close to £28k.

Much will depend on the desirability of the final look and how well resolved the final suspension set-up is, but both will need to be exceptionally good in the face of the aggressive discounting among the German Big Three right now.

Side profile looks suspiciously like the outgoing A5 Sportback?
VW getting Audi hand-me-downs now?
bowsersheepdog 17 December 2016

I'd rather have a Passat estate.
Spanner 16 December 2016

More appropriately on to the car..

The Arteon - Will they have a fast one - Senna version. Think about it......
Sorry, I know that was poor.