JLR, which bought Bowler for an undisclosed sum, said the all-terrain specialist has expertise in “all-terrain vehicle dynamics, low-volume production techniques, and proving the durability of components under extreme conditions”, all of which is “highly sought-after”.

It added that SVO is a “fast-growing business that amplifies the key attributes of Jaguar and Land Rover vehicles to create distinctive world-class products – including SV, Vehicle Personalisation and Classic”. Bowler, as a fourth business unit, is “a natural fit”, said the firm.

In 2012, Bowler formed a brand partnership with JLR which led to the creation of the Defender Challenge by Bowler rally series in 2014 to 2016.

JLR SVO boss Michael van der Sande told Autocar that there was a two-part plan for Bowler. The first is to stabilise the business for six months to a year “giving it the organisation and investment it needs,” said van der Sande.

The business, which is based in Belper, Derbyshire, will remain at this location. The day-to day team of 26 staff will remain, but "some people will no longer be involved," said a spokesman given the change in shareholders.

In the meantime, JLR will develop plans for the business, but van der Sande disclosed no more details beyond the fact that it will become bigger.

The likelihood is that the Bowler name will be used on Land Rover models as extreme, off-road variants.

“We think it’s a cool company that shows there’s a great deal you can do with Land Rovers,” commented van der Sande.

The purchase will be seen by many as a shrewd move from Jaguar Land Rover, given its long-standing objection to Land Rover tuners taking business away. A number of tuning and styling firms exist predominantly for Land Rover models, including Overfinch, Twisted and Kahn. 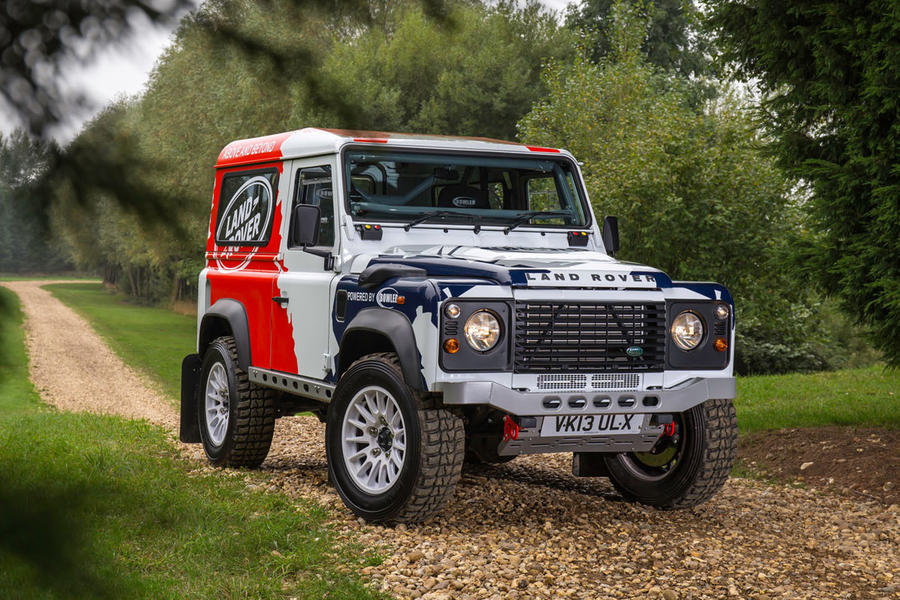 In 2017, Land Rover’s design director Gerry McGovern vowed to put third-party styling houses and tuners out of business by creating better variants of the brand’s models through the company’s own Special Vehicle Operations (SVO) division. However, Bowler is somewhat of a niche firm given its all-terrain and rally expertise, an area on which JLR will be keen to capitalise.

In an official statement announcing the acquisition today, van der Sande said: “For almost 35 years the Bowler name has stood for innovation and success, with a reputation forged by its participation in the world’s toughest off-road motorsport competitions. It’s exciting that we’re now in a position to participate in and lead the Bowler brand’s future as part of Jaguar Land Rover.

“Our immediate focus is on ensuring continuity of support for Bowler employees and customers during this transition to Jaguar Land Rover.”

If they set up a race series for these cars, will they call it a Bowler Derby?

First off, let me say that I think this is great news for Bowler (obviously better than going out of business, or falling through the hands of multiple, when meaning owners, who had big ideas but small pockets).

When people see the Bowler vehicles being successful, due to the looks, people still tend to associate the success with Land Rover (even though they share very little in reality), so it seems very fitting that JLR have bought it.

My one worry though, is that we will now be inundated with "Bowler" edition Range Rover's, Velar's, Evoque's, Discovery's, Defender's etc., etc., etc , that are nothing more than body-kitted versions of the standard vehicles, making the "Bowler" name synonymous with being a 4x4 fashion accessory, rather than being an off-road racing weapon.

I suspect it will happen though, because it it will be a good money earner - Especially with all those dedicated 4x4 fans who like to tackle the gruelling Kings Road!

I wonder where companies like Bowler keep getting Defenders from to make new vehicles, or are they just lookalikes made with available spare or patent parts? just curious.