BACK TO ALL NEWS
Currently reading: FCA range shake-up to focus on most profitable models
UP NEXT
New Volkswagen CEO Schafer to make brand "loved" again

FCA range shake-up to focus on most profitable models

Fiat Chrysler Automobiles (FCA) boss Sergio Marchionne has revealed that the firm's five-year plan will see it focus only on the most profitable models.

Marchionne, who is in his final year at the helm, said "following unprofitable roads is not just naive, it’s incredibly foolish". During this morning's Capital Markets Day presentation, he is to announce several changes, much of which will be part of plans to cancel FCA's debt, which has shrunk in the first quarter of this year to €1.3 billion (£978 million) when operating profit rose by 5% to €1.6bn (£1.2bn).

"In my first ten years as CEO, reducing that debt has been one of our major objectives," Marchionne said, before making reference to his "well-tied tie" - something he said he'd only wear to a meeting if he cleared debt. "Even though it’s an achievement from which we can take pride, it’s nothing to brag about. It doesn’t make us better than others, it makes us better than before. But moving out of the shadow of debt is a significant step."

Marchionne has hinted at his belief that if his new plan’s targets are hit, then FCA can double its pre-tax profits from around £6bn last year to £12bn by 2023, and he raised the prospect of selling off brands if he cannot see a way to make them profitable. The latter scenario, however, is believed to be more likely to affect FCA’s components offshoots, such as Magneti Marelli, than its core car brands.

Opinion: What Fiat Chrysler can learn from the Spartans 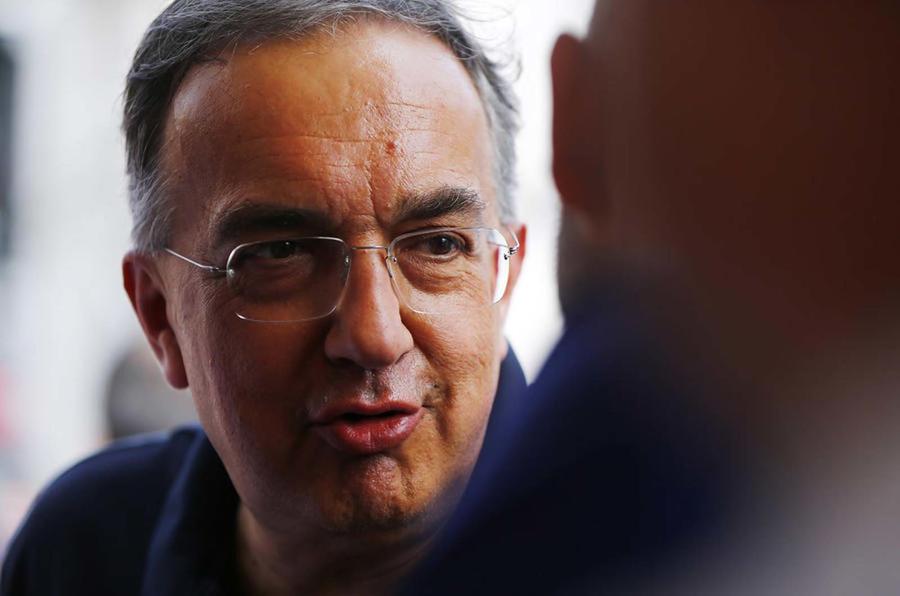 "What you’ll see in the next Five Year Plan for FCA carries the same core principles that has guided us over the last five years, and further cements FCA’s ability to control its own industry," said Marchionne. "Technology is changing our industry. The challenge for industry leaders is to valance the need to adapt and invest in tech that meets consumer demand without economic waste. Then there are the regulatory challenges of meeting emissions. We’re going to play an important role in reducing greenhouse gases overall."

Among rumoured new models are an Alfa Romeo Giulia coupé, new stand-alone Abarths and a new small SUV from Jeep. Longer-term strategies for Maserati and Fiat are also expected to be unveiled, as is an indication of the timeline for FCA to offer electrified versions of its cars — something that it has been slow to do so far.

Anonymous sources cited by Reuters said FCA could stop selling Fiats in North America and China, while focusing Chrysler’s efforts in the US. It is plausible that Fiat would streamline its range to include only its top-selling models, which are the 500 and Panda, in the long term.

In the short term, Fiat is expected to shift production of the Panda from Italy to Poland, where the 500 and Abarth 595 are made. The Punto, after 13 years on sale, is due to be axed, as will Alfa Romeo's Mito, the car with which it is twinned. This means that all of Fiat's models will be made outside of Italy — a move that insiders have told Autocar will clear production space for FCA's premium brands, Alfa Romeo and Maserati, to introduce more SUVs.

The FCA shake-up would likely have no impact on Jeep and Maserati, however, with the two brands standing as FCA’s biggest-selling division and top luxury brand respectively. Maserati’s role is particularly vital if FCA is to tap into demand for high-end vehicles in markets such as China. China, the world's biggest new car market, overtook the US last year to become Maserati’s main market.

"We will focus Jeep's future on a global expansion of the product line-up," said Marchionne.

The arrival of Jeep’s new Wrangler is expected to act as a catalyst for FCA sales, particularly in the US and Europe. Jeep posted a sales drop in Europe last year, despite continued growth in SUV demand from European buyers. Although globally, Jeep sold 1,388,208 cars last year — a considerable rise from the 231,701 it sold in 2009. But new UK FCA managing director Arnaud Leclerc said there will be improvements because “we have the right products for the market now and the prospect of more to come”.

FCA confirmed in a slide that a smaller SUV model to sit below its Renegade would arrive in 2022. A "truck" model, likely a pick-up based on the Wrangler, is also set to arrive in the same year.

Sounds like the Fiat and Chrysler brands are becoming increasingly sidelined- maybe they should change the name to "Alfa Jeep Automobiles" now?

No surprises here, except

No surprises here, except that there is no word of the 500 and Panda being effectively one model in 3 and 5 door versions, especially as the Ypsilon disappears. I'm sure that in the Italian market at least a smaller Topolino would be successful.

The 500 SUV might additionally be lowered as a five door hatchback and the bigger ugly 500 MPVs are much more like giant Pandas than 500s.

FCA is in a mess with no direction or planning

The whole of FCA has been in stagnation for years and is simply in a mess, made worse by Marchionne and his arrogance and dictatorial approach. Sure, Alfa seems to have revived itself but with only 2 new mainstream models during since 2010, and with no further new ones being confirmed, I fear this revival will be short lived. Where's the new Giulietta? Or the new Mito? Or Guilia body variants? Or the 166 replacement? Or a smaller or larger SUV?

As for Fiat, this is a bit of a joke with almost the entire range built around the 500 while the 500 itself is becoming a bit long in the tooth. Again, where is the new Punto? Or a more conventional city car offering? Or SUVs to compliment the premium offerings from Alfa and Maserari? While the Tipo is such a half arsed attempt at taking on the Golf, Focus etc.

As for Lancia's predicament, this is tragic with no attempt to revive or even market the brand properly. Where are the new models for crying out loud?

Then you get to the American brands where, Jeep aside, the situation is even more tragic with Chrysler and Dodge currently delivering a limited line up of awful, half arsed or ageing models. No new 300 or Voyager on the horizon, the 200, Dart and (awful) Avenger weren't replaced while FCA had the gall to rebadge Lancias as Chryslers! All that's proping Dodge is the Charger and Challenger. And letting the Viper just cease is awful, it's a halo model and a reverred sports car for crying out loud. You'd never see Porsche not bother replacing the 911 or Chevrolet stopping the Corvette so they can sit around scratching their arses.

Love them or loathe them, the VW Group is where it is due to forward thinking, a world-leading platform/compenent strategy product planning and good management. DS apart, PSA appear to be moving forward too. But FCA just seem to be going nowhere, content on giving customers a limited range of cars that are ancient, half-baked or just plain crap.