BACK TO ALL NEWS
Currently reading: Aston Martin records profit for fifth consecutive quarter
UP NEXT
BMW M3 and M4 get radical new look, more power and 4WD

Despite posting a year-on-year decline, brand remains in the black with pre-tax profits of £2.8m for the first quarter
Share
Close
Share story

Aston Martin has recorded its fifth consecutive quarter of profit by posting £2.8 million in pre-tax profits in Q1 2018 — although this is half of that achieved in the same period of 2017.

The Gaydon car maker secured its first quarterly profit in a decade last year when the pre-tax figure for Q1 2017 reached £5.9m, following the arrival of the DB11 (above). Aston said this year that it has significantly ramped up product investment from £46m in Q1 2017 to £68m in Q1 2018, helping to explain the reduction.

The results suggest that the firm's return to profit, which started in 2017, has remained, backing claims from company boss Andy Palmer that Aston's "turnaround" is complete.

Deliveries were 240 cars down on Q1 2017, however, with the first three months of 2018 seeing 963 Astons registered. But Aston said the end of production for the previous Vantage, as well as production line changes for its successor (below), the upcoming DBS Superleggera and future Vanquish, help to explain the slower output. 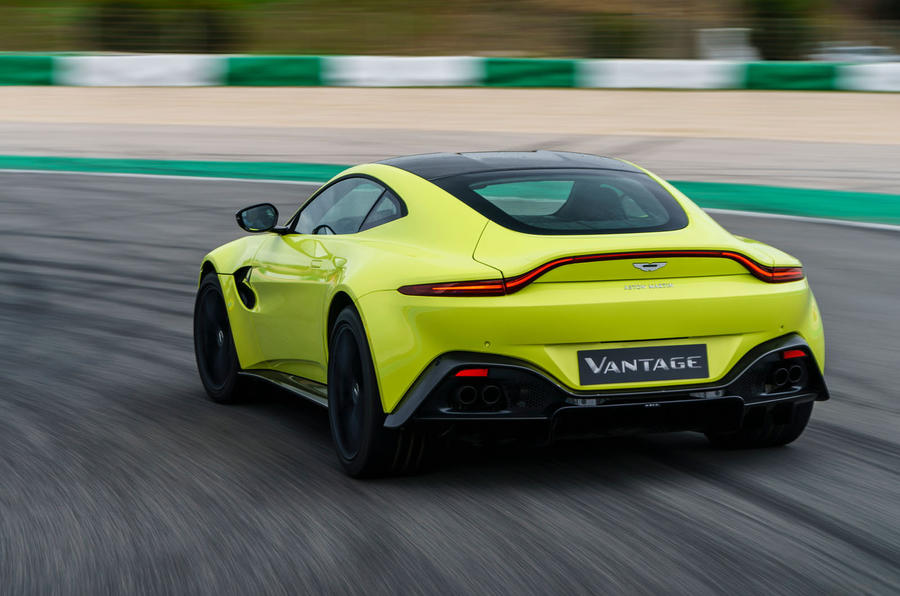 “The order book for 2018 has continued to exceed overall production capacity,” the brand said in its release, suggesting pace will pick up when the three aforementioned models enter production. The first new Vantage rolled off the production line this week.

Palmer, who will be competing in the Aston Martin Festival Le Mans support race next month, said of the results: “Aston Martin delivered another quarter of positive pre-tax profit, achieved in a period of significant planned investment in new products and manufacturing facilities. This is a good set of results during a quarter of planned model changeovers, during which orders have continued to grow for our exciting new models.”

Much of Aston’s growing investment values are directed at its St Athans plant in Wales that will handle production of its first SUV model, the DBX, and play a pivotal role in the firm’s electrification plans, which will be headed by its recently relaunched Lagonda brand.

Mark Wilson, Aston’s chief financial officer, said: “We have continued to invest with discipline and focus to prepare for a sustainable long-term future. The strength of our underlying profitability, our order book and our balance sheet give us confidence that we can deliver further growth this year and beyond.”