BACK TO ALL NEWS
Currently reading: Analysis: Supercar prices are under fire
UP NEXT
London-based company to bring EV chargers to underserved areas

Analysis: Supercar prices are under fire

Sales of specialist sports cars rose by 7% year on year in 2020 to take 2.9% of the overall market for new cars. During a pandemic with lockdown periods and limited ability to go out and have fun behind the wheel, that’s quite impressive. Most of these were models like the Audi TT and Mazda MX-5, but what about supercars from marques like Ferrari and Lamborghini?

Here’s where the picture isn’t so rosy. With the exception of Ferrari, sales numbers were down. Felipe Munoz, an analyst at Jato Dynamics, said supercar prices also fell by 0.8% across the three major European markets (the UK, Germany and Switzerland).

“It’s mostly the result of the introduction of cheaper versions and lower demand for the most expensive ones,” said Munoz.

That view is echoed by many of the dealers we spoke to. Andrew North, managing director of Alexanders Prestige in North Yorkshire, said sales of supercars under £200,000 were very good in 2020. In fact, he said he sold seven Ferrari 488s for what he called “strong money” in August alone. But North said there are just too many manufacturers making too many cars at the really high end of the market and that has forced a decline not just in prices but also in demand.

He cited McLaren as an example, saying it has made too many cars and too many choices. “McLaren has ruined it for themselves,” said North. That will not be good for McLaren to hear but the Woking company is not alone. 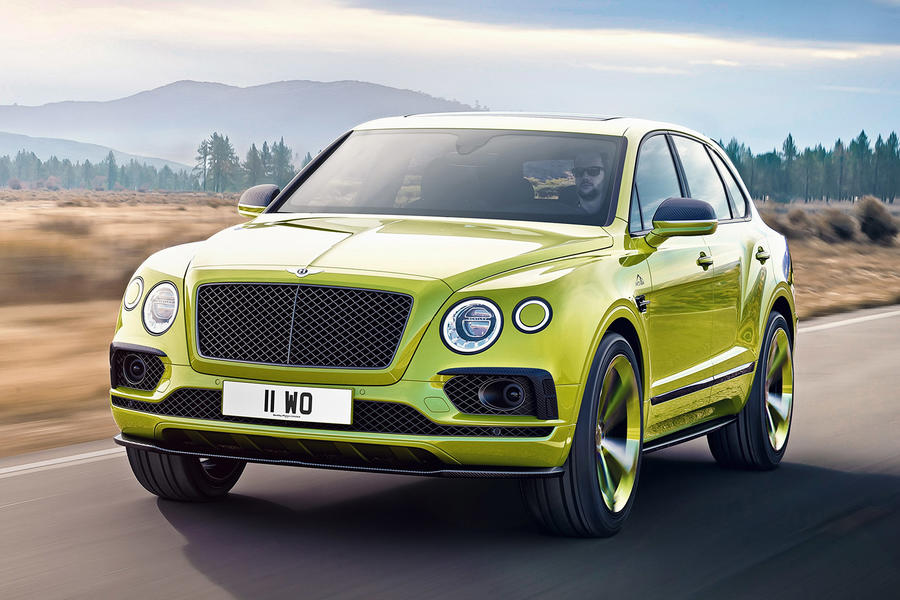 “All the manufacturers are competing, so we’ve got a McLaren Elva, an Aston Martin Speedster, a Ferrari [Monza] SP1 and SP2,” said Edward Lovett, founder of auction site Collecting Cars. “I just don’t know all the buyers for these cars.”

Buyers are still keen on ultimate exclusivity, though. Tom Hartley, founder of the dealership that bears his name, has just taken delivery of a Bentley Pikes Peak Continental GT, one of only three made in right-hand drive.

“A Bentley collector will buy that car from me because there are only three. He will be one of only three people in the whole world to own one,” he said.

So people will still pay top dollar for ultimate exclusivity, but Hartley said it’s important to remember that what goes up can come down, especially in other areas of the market. The rise in prices seen after the 2008 financial crash is definitely over, with used supercar prices falling 25-30% since 2016. Even buyers of new models are often having to get used to the same depreciation as those of us with a family saloon, although with more zeros. Hartley said he sold his first Ferrari 812 Superfast in 2018 for £425,000 and a week ago sold an identical 2018 model with just 2000 miles on it for £220,000.

Lovett said: “I think the buyers have been somewhat naive, thinking they can get in and out of these very expensive cars without it costing them anything.” However, he said those who buy the cars to enjoy them and who are happy to take the hit are still doing so.

But this doesn’t mean good news for owners of track-focused cars. Some dealers and collectors we spoke to suggested snapping up a Porsche 911 GT3 or GT3 RS because values have declined significantly. The consensus is values on track-focused cars are dropping because few could go to the track in 2020. 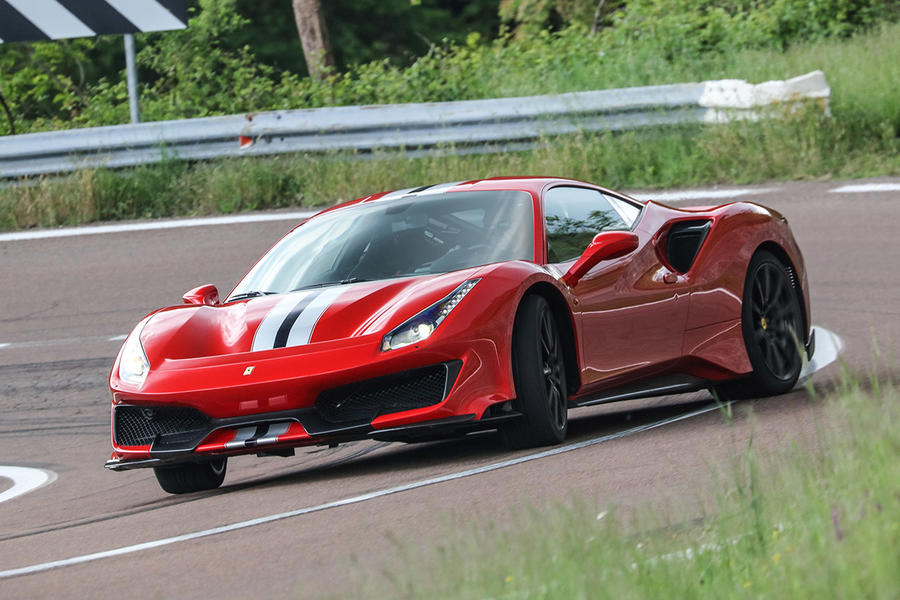 There are also social factors at play caused by the current situation. “I think it’s very easy to blame the pandemic,” said Lovett. “Yes, it’s going to have a bearing on the value of certain higher-value cars, because if you’re driving a £300,000 car, you probably own a business with lots of employees where you might have had to furlough people or lay them off. Is it appropriate to be showing off that you’re driving around in a flash Ferrari if you’ve been laying people off? Probably not.”

That has led to some buyers seeking less flashy, but still expensive, motors. Henry Williams of Williams Automobiles near Bristol said many of his customers ditched, or at least hid, their supercars. Along with Lotus and Caterham cars, Williams sells Morgans, which, he said, don’t come across as being as extravagant as a Porsche or Ferrari, so other people are less likely to react.

What he has struggled with is getting other dealers to underwrite prices for supercars that owners want to trade in, citing Ferraris as the hardest to shift. He suspects that a lot of financed supercars were put on the market last year, further contributing to the situation.

In our search, we found 800 Ferraris on just one major used car site, including 30 488 Pistas, 19 F8 Tributos and 45 812 Superfasts. Oversupply rarely shores up prices.

The proliferation of SUVs has also played a role, said Munoz, who describes models like the Lamborghini Urus as a direct threat to supercars. They have certainly proved attractive with their dual personalities and are now commanding decent premiums, according to most dealers. “It’s unbelievable,” said Hartley. “My first feeling about it was it would take a big hit when it came out, but we’re still getting strong money for a Urus, even 18-month-old cars.”

This could all be seen as a rebalancing of the market. But there are those who say wealthy buyers are becoming less obsessed with having the latest high-end supercar. For many of them, life has become too fast, too digital, and they want cars that mean something to them or are easy to enjoy. 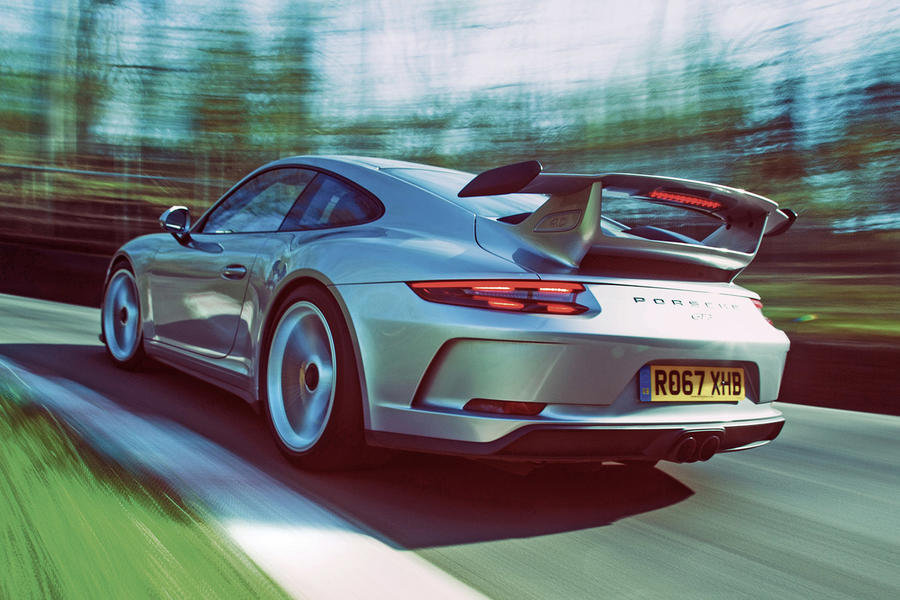 That would explain the upward prices of many great and not so great cars of the 1980s, as well as something like the Aston Martin Cygnet, once so maligned but currently commanding a price of around £30,000. Lovett told us that a wealthy collector who owns rare Ferraris, Porsches and Mercedes models recently bought a Fiat Panda 4x4 from the auction site for £6k, just to enjoy driving it around town.

All of those we spoke to definitely agreed on one thing: the days of speculators and dealers hoping to make an easy profit are over, at least for now. Instead, they’re turning their attention to other future icons such as the Toyota GR Yaris.

There is one ray of sunshine for collectors. Clive Wilson, car valuations editor at vehicle pricing analysis firm Cap HPI said that although we will see further softening of prices, the supercar market should remain relatively resilient.

“Even with prices in a year’s time lower than today,” he said, “these cars are still expected to outperform the rest of the used market, being insulated to a degree from the increased volumes expected later this year and leading to a reasonably stable market in the longer term.”

Matt Prior: Why now's the time to buy a used McLaren

I think it's hilarious that thanks to some people falling for leasing (or is that 'fleecing'?) deals which have allowed car makers to dramatically, and stealthfully, increase their list pricing for all cars, some of us have completely taken our eye off supercar price inflation because even entry-level superminis command an out-of-reach-for-most list price now.

Now I know what a supercar costs these days, I think I'll chuckle some more - it'll take my mind off how obscenely rich and selfish some people are (I don't think I could sleep at night knowing I've just bought a supercar for all that money that I'll hardly drive whilst people are suffering or even dying because of poverty).

The track thing always was ridiculous.

Any road car is totally crap on a track compared to even the most bent Formula Ford car in existance.  And if you make them half decent on a track, they are rubbish on the road.

Furthermore, there is no value-enhancing glamour in driving around Silverstone for hours on end for no obvious reason either.

All the valuable old stuff either really was a racing car with history, or was a road car that never went near a track.

Just Saying 8 February 2021
Interesting comments.
I believe this is a blip and come the summer (hopefully) when some form of normality returns they'll be a huge spend across the board on a whole manor of consumables and the super cars mentioned will creep up to pre covid prices.
The one point I do agree with is there are too many variables/models in this sector.
IMO cars that nudge over the 200K asking price (new or used) are frankly asking for trouble. Ferrari with so much qudos, is probably the only brand worldwide being the exception.
Super cars are not that super any more...
View all comments (6)