BACK TO ALL OPINION BLOGS
Currently reading: Matt Prior: Why now's the time to buy a used McLaren
UP NEXT
Matt Prior: Why heavy cars aren't worth their weight

Matt Prior: Why now's the time to buy a used McLaren

Prices of second-hand supercars, especially if they're from Woking, are at a low
Share
Open gallery
Close
Share story

For one, that assumes the original owner paid full whack for their car in the first instance. Which, given you can get a big discount on a new one and McLaren will offer you quite the generous finance agreement while they’re at it, is far from a given.

Besides, asking isn’t getting. As Ed Callow from Collecting Cars, the auction site that sold the 720S, told me just before the lockdown began: “The market for classic and collectable cars was already down by something like 20-30% on its 2015/16 peak, long before the coronavirus was mentioned in the news.”

Specialist insurer Hagerty agrees. It produces a useful set of indices that track classic and collector car prices. In December last year, values were at a five-year price low.

They’ve fallen even further now, it’s true. That we’re not allowed out has caused live auction cancellations, and I don’t imagine you’ll be rushing to sign off on a six-figure supercar if your work or business has taken a hit; you might even need to offload something. Probably focuses the mind when it comes to a sale, anyway.

Maybe now, though, our situation is finally bringing the expectations of customers in line with market reality.

Callow says: “There’s going to be a temptation for some to blame every ‘no sale’ on this crisis, but the reality is too many sellers simply have an outdated perception of the market.”

The specific issue here, though, is McLaren-shaped. As a director from a rival company once said upon the promise of anonymity, McLaren has a butchery problem: it sells “different lengths of the same sausage”.

The 720S is brilliant, no doubt. We prefer it to the 488 GTB. But while you can dive deep and explore the differences between the Sports and Super Series (such as clever linked suspension, active aero and differing body materials), every McLaren uses the same carbonfibre tub with the same engine in the same place. 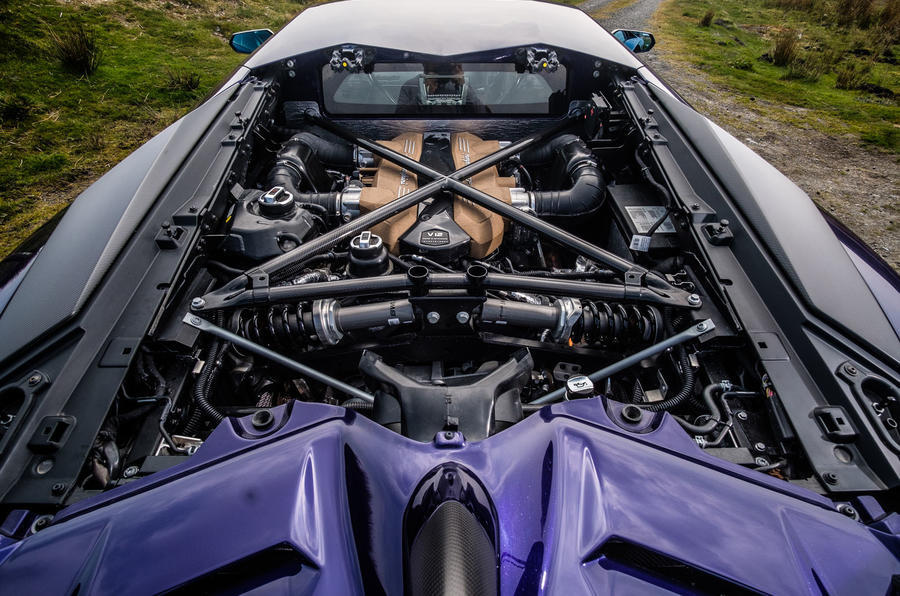 Line up its cars and then compare with what else is available. Ferrari’s F8 Tributo and 812 Superfast and Portofino and Roma have more differences between them – in ethos, design and mechanicals. The Lamborghini Huracán and Aventador are both mid-engined, yes, but each uses a different (and spectacular) many-cylinder motor. And what I’ve found encouraging about Aston Martin’s future plans, despite its current strife, is that its model line will be broad-ranged.

So, somebody has ended up with a bargain supercar – brilliantly usable, seriously engaging and almost as fast as the P1. News of its sale has gone viral. But not all of the news is viral.

It appears the internet chap was right

Chap on the internet said that this would be the case due to some problems with guaranteed buy back values not being met for the financing of the vehicles which I think he said would be fine in the short term until current owners and potential buyers saw the depreciation and then the whole thing would become a downhill spiral.

Make sure you have a McLaren delaership close or are prepared for a costly ownership experience. I have not owned one but a buddy from Cars and Coffee does and the hosts of that event retail McLaren's. They get very little support from the dealer network, meaning every little electrical gremlin usually requires them to trailer the car to the nearest McLaren authorized dealership. In SW Florida thats 150mls away. Upshot being my friend has had eye watering ownership costs before the depreciation is even considered. Not saying a Ferrari or Lambo is cheap, but McLaren ownership has it's price. Just make sure you have an authorized dealership close by and a McLaren warranty to fall back on.

"The 720S is brilliant, no doubt. We prefer it to the 488 GTB."Just because it's British and we love to have a go at Ferrari once in a while.According to residuals, unfortunately, it's a completely different story.McLarens aren't well made and screwed together. Ask anyone who owned one...

Accepting my earlier post, the hammer price looks appealing if you live close to a Macca franchised dealership and can put a warranty on it. Its around 50k less than the cheapest 720s I found listed on Autotrader here in the USA. There all around $210k USD here. I think I would be interested at $130k USD if I had a Macca dealer local and could get some warranty. Hell that's base Carrera money!

Go visit McLaren's car production - I have - and it's basically a large shed with cars standing around waiting for rectification. In the car park was a new 720S with a defect form left on the passenger seat in plain view. The number of faults was shocking. I could have McLarens as well as my other cars if I wanted to but I don't. I'm not stupid.

Go visit McLaren's car production - I have - and it's basically a large shed with cars standing around waiting for rectification. In the car park was a new 720S with a defect form left on the passenger seat in plain view. The number of faults was shocking. I could have McLarens as well as my other cars if I wanted to but I don't. I'm not stupid.

Mark_N - same for me experience wise (720). Awful aftercare, and constant issues. Great car when working mind, fapping quick. Going back my 430/458 were both more reliable.

I've been toying with the idea of a 12C, but the recent news that McLaren have had to mortgage everything to keep going has put me right off. Don't want to be stuck with a car for which there might be no spare parts in future.