BACK TO ALL NEWS
Currently reading: How Peugeot boss Jean-Philippe Imparato saved the firm
UP NEXT
New Aston Martin DBR22 is £1.5m, V12 speedster

Jean-Philippe Imparato is a car guy and always has been. We hear how he steered Peugeot from near-bankruptcy to record profits
Open gallery
Close

Your family owns a slice of a European car company that makes a couple of million cars a year. Your name is on the hubcaps, literally, so the way your family firm does business is as important as its success. What kind of person do you want to run it, to safeguard its future and to make it pre-eminent in an arena where distinctiveness matters?

These questions run through my mind as we walk through PSA’s glassy out-of-town Parisian HQ towards the corner office of 52-year-old Jean-Philippe Imparato, Peugeot’s CEO this past two and a half years. We’ve not met before but his reputation precedes him. Imparato is PSA chief Carlos Tavares’ (and the Peugeot family’s) choice to devise, orchestrate and extend the historic recovery of Peugeot’s carmaking business, a remarkable climb from near-bankruptcy in 2013 to record profits and sales in 2017-18. Everyone who knows him says Imparato is very different from your usual chief executive.

Five minutes in and it’s clear how right they are. Different is the least of it. Even ‘larger than life’ is a grievous understatement. Imparato is tall, imposing and instinctively friendly. He talks loudly, smiles quickly, waves his arms for emphasis in huge, uninhibited gestures and seems positively to enjoy answering questions without the warm-up others need. His feet rest naturally on the coffee table (because it’s comfortable) and he’s a jacket-off man. Start talking Peugeot business and he’s instantly brilliant. 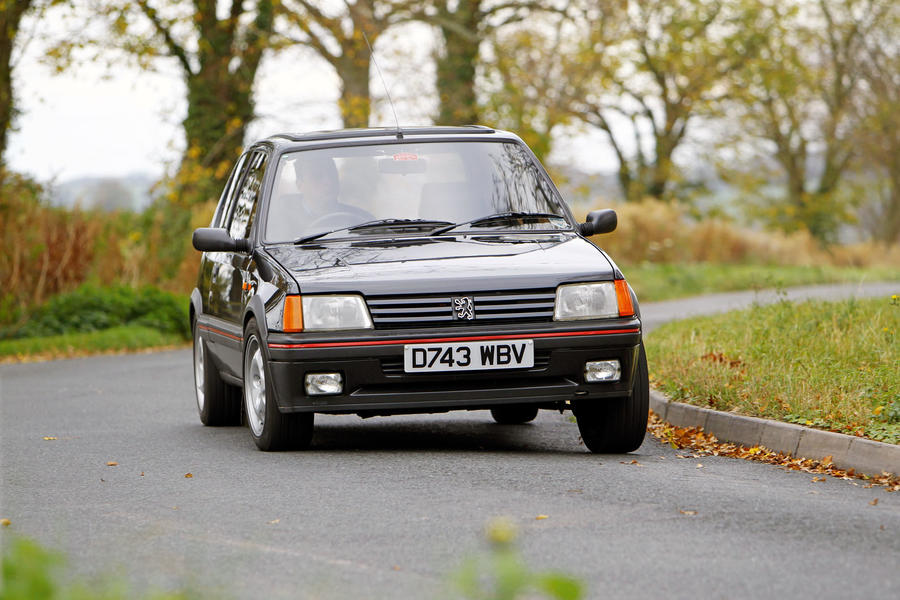 Egged on by my probing, Imparato talks first about his childhood in southern France as part of an Alfa-loving, motorbike-mad family (“I am more or less Italian. It’s a long story”) and how the focus of his car love changed completely after an encounter with a black Peugeot 205 GTi just as he was lining up his first proper job after university and national service. Listening to Imparato talk is like riding a roller coaster: he skates over unimportant details, ignores grammar and delivers concentrated fragments of meaning faster than you’d have thought possible. Every sentence arrives as if there’s something even more important just waiting to be verbalised.

The Peugeot CEO’s brief history is that he was schooled in Sète, graduated in business in Grenoble, spent time in the army and had his black 205 encounter in 1990, just as he was sending out CVs to prospective employers, including PSA, which offered him a job. “It was simple,” he says. “I had to be in the car industry.”

Imparato was soon on the fast track that large companies reserve for promising recruits. Starting at Peugeot, he joined Citroën in various South American roles, returned to Peugeot’s quality department and progressed through other jobs across the group, spent time with Citroën in China and then took over its Italian operations from 2008 to 2010. By 2013, he was running PSA’s global retail business, a seriously big job. “I’m not a star,” he insists, “just a guy who loves business and has tried to learn as fast as possible. I’ve discovered it’s important to do many jobs. You must learn to speak to designers and engineers to explain the needs of customers.” 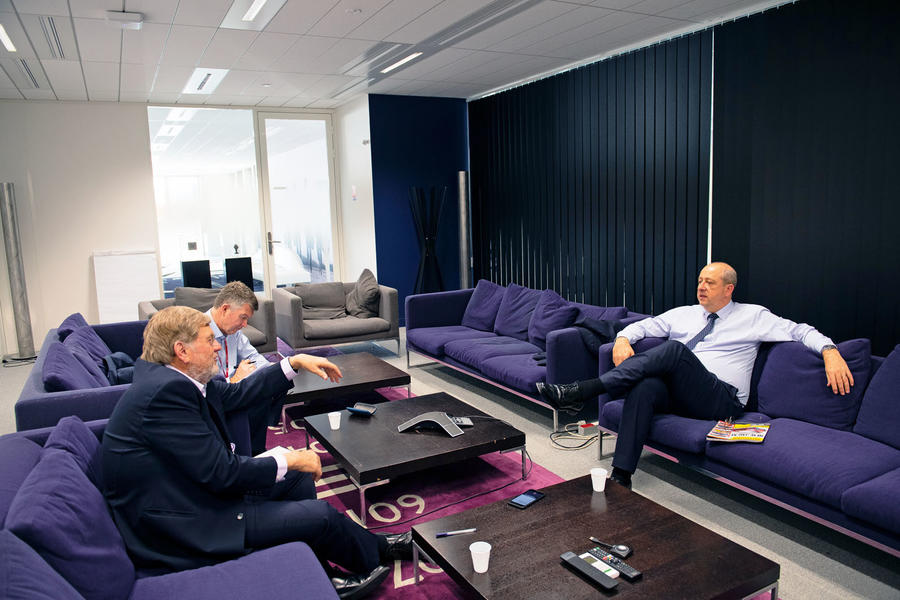 For Imparato, his commitment to Peugeot is more than just a job. It all goes back, he explains, to 26 September 1810, when Peugeot founded its business. “When a company has lived 208 years, it has seen many revolutions. Sure, mistakes have been made, but there has always been a recovery. We made mistakes before 2013 but we have come back in the past five years. I think it is possible to respect our products again.” Imparato says his management philosophy is simple: “For a start,” he says, “when I’m deciding where to put my money, I put design first. Gilles Vidal [design director] must be safeguarded.

“Then, I make sure to stay consistent with other principles developed over the past 10 years. One is excellence: we must catch every single fault in our cars and do something about it. I think we are on track with that but it is a long road. Second, we provide an intuitive driving experience – great road handling and our unique i-Cockpit that makes cars special and easy to use. Third, we simplify how people buy their cars in a way we introduced last year. Now people can first choose the Peugeot they want, then choose their powertrain. It wasn’t always so simple. We were missing customers who might have come to us.” 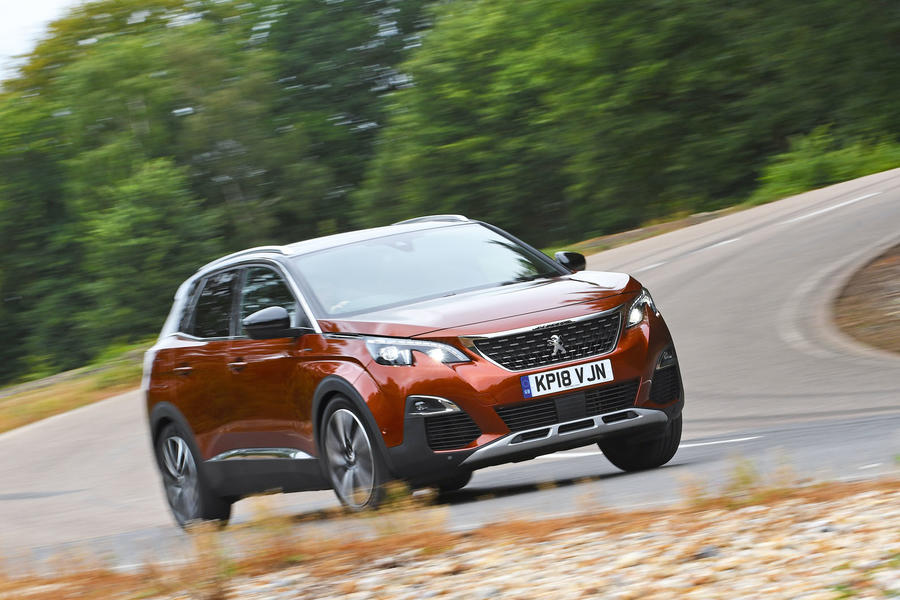 Some commentators attribute Peugeot’s recent success simply to the popularity of the 3008 and Peugeot 5008 SUVs, but Imparato says there’s more to it than that. The Peugeot 508 saloon now leads its sector in France, he explains, and both it and other Peugeots are being sold more successfully in high-line guise (22% against a budgeted 20%). Peugeot is also maintaining its real-world prices against its Volkswagen benchmark and supplies of rental and demo cars are being controlled against ‘real’ sales. These are reasons why Peugeot continues to do well in 2019, including in the UK, where turnover is up 11%.

One thing that riles Imparato, however, is that Peugeot’s brand image hasn’t progressed as well in the UK as elsewhere. In France and Spain, it rivals Audi, but not here. But the CEO thinks the coming 208 will improve things, just as the 205 did back in the day. “UK Peugeot people speak more about Peugeot’s 2-series models than anyone – and we’ve sold 18 million of those in the past 35 years. We think we have a super tool to do business in your country, as long as we maintain strong residual values. I want this car to show everyone Peugeot is consistent with its values. I want to appeal to the customer who was with us years ago, to show them we are not just about ‘remember my 205’. I say: ‘Come back. Test this car because when you test, you buy.” 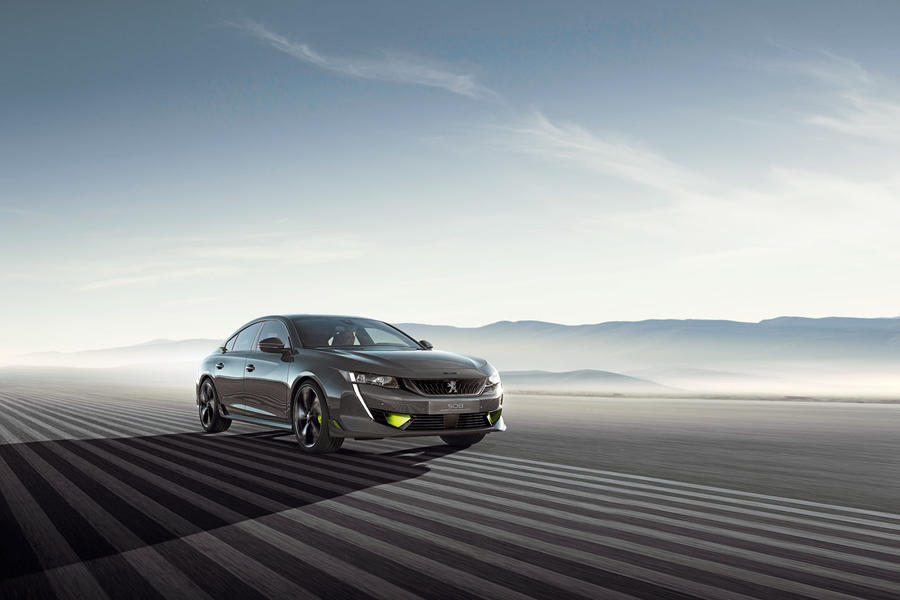 Imparato is especially keen that we should understand the significance of the 508 Peugeot Sport Engineered (PSE) high-performance concept, a plug-in, part-electric, 400bhp-plus saloon that is heading for production next year. It’s part of a programme into which Imparato diverted his motorsport talent and budget and it will produce more such cars over the next three years if the 508 works in production.

Around 3000 sales of the 508 PSE will “open the road” to similar clean performance models over the next two or three years. They will use existing bodies, and when they’re launched, Peugeot might get even more adventurous if there appears to be a demand. Imparato can imagine cars with special bodies like the RCZ and 206 CC of previous years, if things go right. “We can imagine anything,” he says.

For now, he believes the whole industry’s major hurdle is the approach of yet tougher European clean-air standards, requiring cars to get close to a CO2 fleet average of 95g/km in 2020 and deliver it fully from 2021. Many are unprepared, he says, although PSA is ready. (The 508 PSE, for instance, emits just 49g/km of CO2). “We will build the right cars in the last quarter of this year to achieve the standard,” he says. “Some brands say they will pay the fines the EU imposes for not meeting these standards, but I can promise you these fines are huge. They may pay for one year, but they won’t be able to afford a second.” 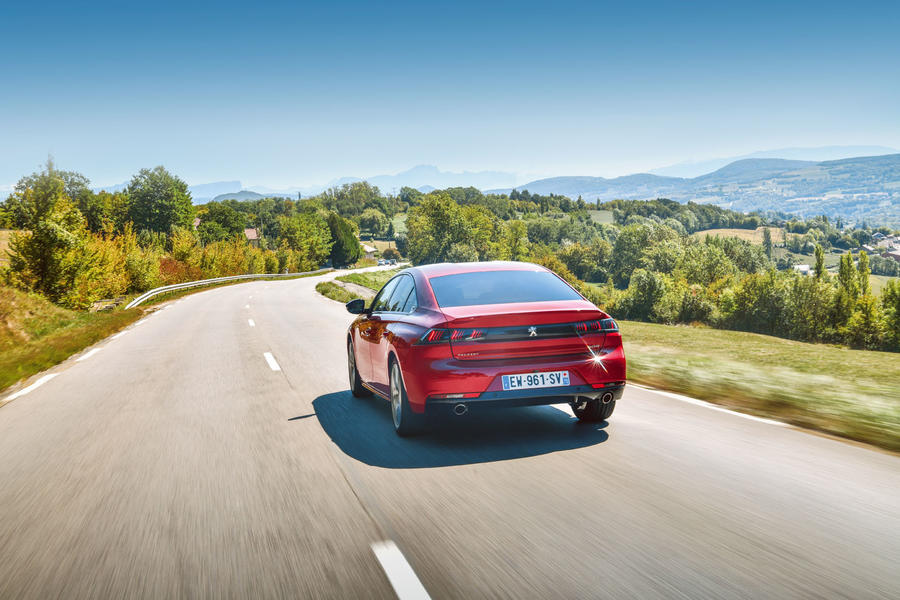 Meanwhile, Imparato is pressing Peugeot towards his objective of selling 50% of its cars outside Europe, that area soon to include North America. “We are absolutely not happy with our performance in China,” he says – PSA’s partnership with Dongfeng Motor Group in China has just reported 2018 losses of £420m – “but we know the mistakes we have made and have the means to fix it. Our US entry will be frugal and scalable and definitely not a matter of putting billions on the table to make it happen. I can promise our approach will be innovative, but we will take the rest of 2019 to decide the details.”

Back in Europe, Imparato expects big changes among car companies and how they align with one another. “People will close things. You have already seen this in the UK. Many will change where and how they do business, maybe moving to other countries. This is how we will proceed, however. Nothing for us will change. We will be consistent, and we will be compliant. We already have the right plans in place.”

The boundary between EV and PHEV

“It is not yet completely clear where the frontier will be between EV and PHEV models. This will become clearer. But it looks as if A- and B-segments will be pure battery. C and D will go plug-in.”

“We probably won’t use GTi. We may go with Peugeot Sport Engineered (PSE) or something else. We are still deciding. It is more important to discover whether the customer likes cars like these.”

Launching a Peugeot pick up

“I will not leave this job until we have launched a pick-up.” 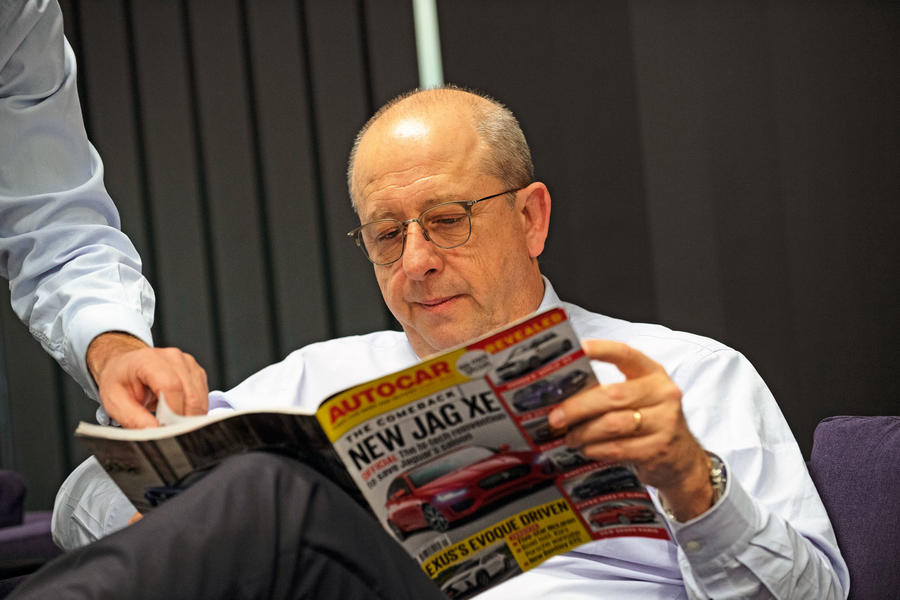 Going back to Le Mans

“We have committed our budget elsewhere, for a minimum of three years. We will see after that. One thing is for sure: motorsport is dead unless it’s electrified. And asking for €200m for a future motorsport programme is completely mad.”

“Be sure you respect it. Never forget your roots. We started using the lion, the most powerful beast of the jungle, as our company’s symbol 50 years after our company was formed in 1810 — and it is still our best ambassador.”

“We believe we are now very distinct from Citroën, DS and Opel. We want to be the best generalist, providing super car designs at a human price, but with a hint of premium. People say our new 508 Peugeot Sport Engineered is playing in Volvo’s court. We are very happy.”

“The saloon is definitely back. It’s a matter of efficiency, and CO2, which is really the same thing. The SUV offensive will not stop, but we still see people switching from larger SUVs to 508s because of the lower weight and frontal area. Efficiency is the new elegance.”

"But it looks as if A- and B-segments will be pure battery. C and D will go plug-in.”  I'll be surprized if it ends up that clear cut. Honda reckon their Urban will around £30k which looks crazy compared to a VW UP with it's cheap a chips ICE or a Suzuki mild-Hybrid.

Most successful EV's are currently anything with a Tesla badge on, LEAF, Zoe, Kona, i3, I-Pace.  The Electric 500, e-UP, iOn, Gwizz have all failed to reach reasonable sale figures. Maybe when batteries are ALOT cheaper and ICE are all but banned but you can't make a finacial argument for   cheap small EV's for several years to come.

Design vehicles that customers (not necessarily your employees) want and relentlessly pursue/eradicate quality issues. Straight to the point - I like this guy.

Not sure about saloons coming back though, at least in this market.

Owned 8 pugs over the years

When they were manufacturing in the UK - closing Ryton plant co-incided with appalling built quality and unreliability of the last, a 307sw but was loaned 207, 208, 308, 107. Rubbish! Now own KIA's and never looked back. 7 year warranty and bulletproof. You pay your money and take your chances.
View all comments (5)