Peugeot CEO Jean-Philippe Imparato believes his company is well placed to capitalise on the electric and SUV “revolutions” following a year of strong global growth.

Speaking exclusively to Autocar, Imparato said that the brand’s 600,000 SUV sales in 2017, which represented 60% growth on the year before, was an example of its improving image and diversifying strengths.

“You could say that in many markets in 2010 the brand was not so well respected, but now, the volumes show we are gaining respect all the time,” he said. “We have some very interesting SUV projects coming to take advantage of this growth.”

Peugeot sold 2,119,845 cars in 2017, equating to a 10.4% growth on 2016 and accounting for more than two-thirds of the PSA Group’s overall result. By contrast, PSA sibling Citroën's sales shrank by 7.5%, while premium brand DS was down a significant 38.5% on 2016. Vauxhall/Opel, the purchase of which by PSA was completed in November, sold just over 403,933 units in 2017, although that number wasn't included in the PSA total due to the pairing's late arrival. 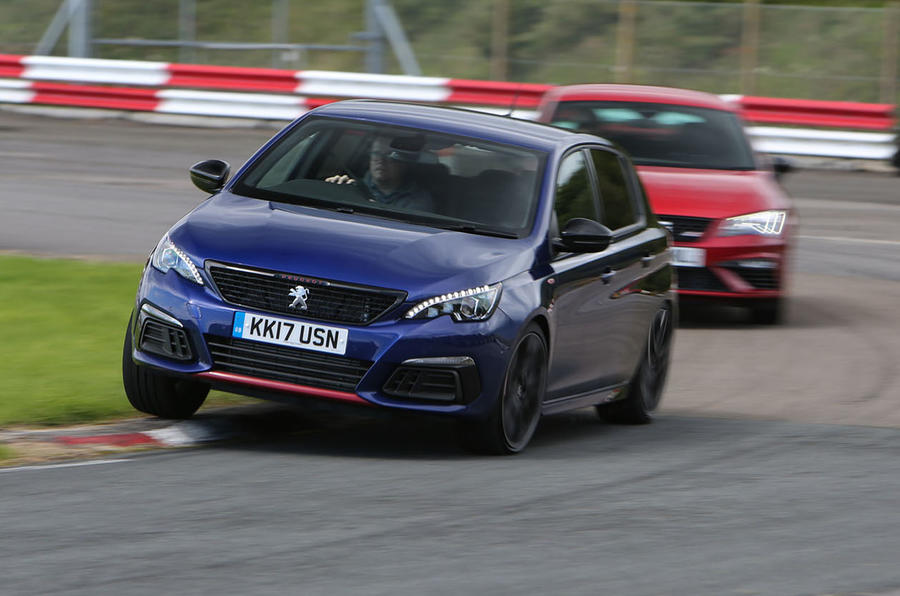 Imparato said that Peugeot's results came largely thanks to "strong demand for our SUV and light commercial vehicle line-up", as well as "solid performances" for the 208 and 308 (pictured above in GTi form). Boss of PSA sibling Citroën, Linda Jackson, highlighted her brand's success in its most significant market, Europe, where it sold 3% more cars than in 2016. She explained that, "excluding China", where sales reflected the wider market and were down by 47.3%, Citroën's sales rose by 7.5%.

Yves Bonnefont, CEO of DS, said that despite his brand's struggles, the company is delivering on its global strategic roadmap. He said that the launch of the DS 7 Crossback (pictured below) and independent DS dealerships were "crucial milestones" in a longer-term plan.

The contrastingly positive news for Peugeot is, according to Imparato, only the beginning of his brand's ambitions. He explained that his priority for 2018 is to “work on profitability and market share”, while also readying the brand for the launch of a new wave of pure electric models, which will start with a new version of its electric Partner van in the second half of 2018 and then electric 208 next year.

Rather than launching a purpose-built EV, like Volkswagen with its upcoming ID platform, Imparato said Peugeot plans to produce electric variants of existing cars in order to “cater to all regions".

He said that using modular PSA platforms will enable buyers to choose the best powertrain from their lifestyle, because the line-up will feature electric, petrol, diesel and hybrids so the buyer is “given a choice”.

“We must have the maximum coverage of all the markets, so we will give you the four energy [sources],” Imparato explained. “That is the key point for us. We have so many other issues to deal with, like the autonomous cars, but [at Peugeot] we will always want to give the buyer the choice to choose what they want [with a range of different variants].”

As for the challenges caused by a recent decrease in sales for diesel vehicles, which has seen diesel’s market share plummet by a third in Britain and CO2 levels rise as a result, Imparato expects Peugeot to remain unaffected.

You've gotta worry about the DS brand.  DS3 and DS4 are living on borrowed time, I'll be surprized if the DS4 makes it to the end of the year.  DS5 never a great seller and it's numbers are crashing across Europe.  DS7 just isn't selling. Which leaves ... nothing

Sorry to say it as I'd love the DS brand to morph into an EV only brand, otherwise I don't see a future for tarted up PSA cars.

DS7 Crosseye "However, the most expensive model, at around £50,000, will become the four-wheel-drive plug-in hybrid variant when it hits the road in 2019" - no hope of selling Peugeots at that money. Should have been one of the first variants out the gate not last and at 34K by worrying less about gadgets and more about propulsion. Pity.

Impressive results for the

Impressive results for the Peugeot bit, but the DS strategy still seems flawed