BACK TO ALL NEWS
Currently reading: The car industry now: Could Ford follow GM out of Europe?
UP NEXT
Fisker goes radical with Pear EV SUV

The car industry now: Could Ford follow GM out of Europe?

Restructuring plans were already in place before the Covid-19 pandemic hit, which could accelerate Ford's plans to concentrate on other markets
Open gallery
Close

It has been three years since General Motors finally washed its hands of Opel and Vauxhall. After 17 straight years of losses totalling $20bn (currently £16.5bn) from its European division, it sold the business to the PSA Group.

That PSA quickly made the twin brands profitable shows how brilliant an operator Carlos Tavares is. But in the hands of mere mortals, Opel-Vauxhall’s performance under GM shows how hard it has been for US manufacturers to make Europe a successful outpost for their empires. GM hasn’t been the only American giant to have success elude it in Europe. Ford has had its own high-profile problems here, losing money in 12 of the 20 years before 2018, which meant a decision one way or the other needed to be taken.

Last January, Ford boss Jim Hackett announced his global restructuring plan – and Europe remained part of it, putting an end, at least temporarily, to two years of whispers from analysts and investors about whether Ford would ‘do a GM’ in Europe.

Restructuring in Europe includes Ford making redundant some 12,000 of its 51,000 European staff, factory closures – including Bridgend – and an overhauled model range that will include more SUVs, a growth area Ford was slow to respond to.

But then the pandemic hit, and it has hit Ford hard. Its first-quarter global operating loss was £500m this year, and Ford predicts that it could be as much as £4bn in the second quarter. It’s trying to save cash where it can, including by delaying new model launches, pushing back its autonomous vehicle programme and cancelling a joint venture between its Lincoln premium brand and electric car start-up Rivian. Yet eyes have turned to Europe once more, considering whether it’s somewhere Ford really needs to play.

So it has been asked again: will Ford follow GM out of Europe? “It’s too early to conclude,” says Felipe Muñoz, Jato Dynamics’ global analyst. “However, the current outbreak is going to have consequences on the way the industry operates. We will likely see more collaboration, agreements, alliances or even mergers.”

On that point, Ford is perhaps ahead of the game. It announced in 2018 an alliance with the Volkswagen Group, with the two committing to develop commercial vehicles (CVs) together. And it’s CVs where Ford is at its strongest in Europe. It’s the leader in this high-margin market, and it’s said that while Ford doesn’t make money on many of its cars, it does on its CVs. 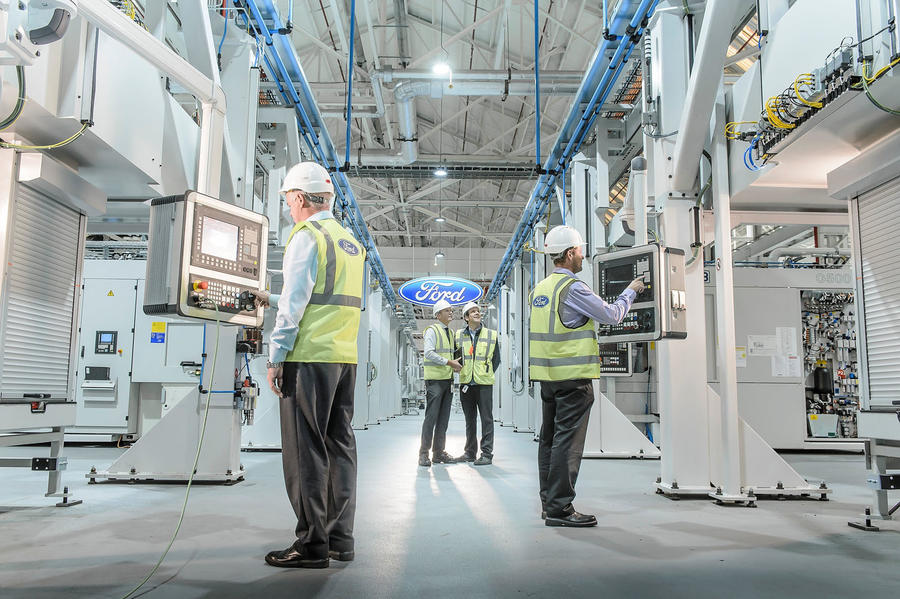 “The case of Ford in Europe isn’t exactly as it was for GM,” says Muñoz. “Unlike the latter, the former has more solid operations in Europe and isn’t facing the tough times that GM had to face in the US some years ago [GM filed for Chapter 11 bankruptcy during the 2008 financial crisis, but Ford never did]. However, there are some similarities: their ranges of products are very similar, Ford is also exposed to Brexit and Ford is extremely dependent on Nafta markets [the US, Canada and Mexico], leaving fewer resources to its divisions in Asia and Europe.”

Like many businesses, this will be a question of balancing short-term pain with long-term gain. Ford has already taken many of the tough decisions it thinks it needs to do to survive and then thrive in Europe, and cars such as the new Puma show Ford of Europe’s ability to create great cars to drive and own that are also on-trend. And with its highly profitable CV business, Ford would be walking away from more than GM ever did.

Indeed, it remains more committed than ever. In a statement, Ford said: "We have redesigned our Ford business in Europe, improving in every area of our business, and building the basis for a sustainable and profitable future in the region. Our new operating model is centered around three business units - commercial vehicles, passenger vehicles and imports - and electrification across our portfolio will provide customer choice and deliver CO2 performance.”

Can Dagenham survive as Ford's last British manufacturing base?

The fact that Ford’s historic plant in Dagenham now produces only diesel engines is enough to set alarm bells ringing, given the rapidly dropping demand for oil-burners. It currently produces more than 650,000 powertrains per year for vehicles such as the Transit and Ford Mondeo, though, and Ford says: “Production volumes at Dagenham for diesel engines remain high for the foreseeable future.”

Even so, the long-term future must be in doubt unless Ford decides to retool the plant for electrification or similar. Peter Wells, an industry expert at Cardiff University, says: “Ford is going to struggle to justify that plant in the future, other than the fact it’s already there. If it has to retool it for electric power, it’s not going to be an attractive option, partly because of [Ford’s] overall market position but also it would have to export all its powertrains to Europe. It would be better off building them in Europe.”

Wells added that questions over the Essex plant lead to concerns over Ford’s research and development centre in nearby Dunton: “If Dagenham were to close, it would be likely to have a knock-on effect on Ford’s broader presence in the UK.”

Regardless of what you think of Ford's European management and the interference from the bosses in Detroit (who couldn't see how the market was moving to premium vehicles such as JLR models) their loss of market share (the brand became devalued and vulnerable to uninspiring but well built and good value cars from the Koreans) means Ford no longer have the economies of scale to even compete in the (low margin) B and C class car market. They have never really established themselves in China or India and withdrawn from sedan sales in the US who never loved their popular European hatches. Ford will have no alternative but to throw on the towel and import their crossovers and SUVs from the US. Only European operations will be van manufacturing in Turkey. EV production contracted out to VW if they need to continue to meet fleet average C02. As in so many areas Coronavirus is massively accelerating change and tough decision making. I wouldn't be surprised if US bunker down by increasing tariffs on car imports to try and let their indigenous industry improve its market share.

"Only European operations will be van manufacturing in Turkey"

Did I miss something? When was was Turkey admitted to the EU? Have they been given the Uk's place at the table?

3% of Turkey is in Europe (continent of), so the term "European manufacturing" is referring to the geographical location of plants. Just as the UK is within the continent of Europe, irrespective of politics!

Ford's Europe problem is they are dependant on the UK.

Ford's biggest problem is that it makes all it's cars/vans in the EU & Turkey & yet sells most of them in the UK!!! Even before the Coronavirus crisis Ford had to put it's German Fiesta factory in Cologne on a four day week because the Brits were buying less Fiestas. 35 % of the cars made there were exported to the UK! If there is no trade deal with the EU at the end of 2020, their cars will have an extra 10% tarrif slapped on them. This will make it uneconomic for Ford to sell cars in Britain their biggest European market.

Five years ago GM started collabrative projects with PSA, & eventually concluded that it was getting very difficult because of upcoming EU legistration to make money selling cars in Europe so eventually offloaded Opel/Vauxhall on PSA. Ford have now started collaborating again with Volkswagen. They (Ford) are now only selling what used to be "world" cars like the Fiesta, Focus & Mondeo only in Europe. This makes their replacement costs very much more expensive. You bet Ford will do the same as GM & offload the European operation on VW. Dagenham operations hasn't got a future because Diesels haven't got a future in Europe....

The Britsh only want metallic grey VW's and Audi's.