BACK TO ALL NEWS
Currently reading: Analysis: the numbers behind the FCA and PSA merger
UP NEXT
Toyota bZ4X deliveries still on hold after wheel detachment concerns

Analysis: the numbers behind the FCA and PSA merger

As the car-making groups agree to tie the knot, we take a closer look at the merger's prospects
Open gallery
Close

The agreed merger between Fiat Chrysler Automobiles and the PSA Group will create the world’s fourth-largest car company based on sales.

The two European firms last week announced their intention to create a new entity owned 50/50 between the two but led by PSA’s CEO, Carlos Tavares. PSA will also appoint six board members against five for FCA, in effect giving the French company control over the decision-making.

The combination of the two will create a 15-brand automotive behemoth that together sold 4.2 million vehicles in the first half of this year, behind the Volkswagen Group, Toyota and the Renault-Nissan-Mitsubishi Alliance but ahead of General Motors and Hyundai-Kia, figures from Jato Dynamics show.

The company would be big enough “to capture successfully the opportunities and manage effectively the challenges of the new era in mobility”, according to a joint statement referencing the high cost of investing in new technologies such as EVs and autonomous cars.

Despite being highly profitable, FCA has been chasing a merger ever since its previous CEO, the late Sergio Marchionne, warned in his 2015 treatise ‘Confessions of a Capital Junkie’ that car makers had to consolidate in order to have any hope of controlling spiralling development costs. FCA have since been rebuffed time and again, most recently after talks with Renault collapsed earlier this year.

Now, just over a year after his death, Marchionne’s dream has been realised. By sharing technology and platforms and pooling other resources, the companies will eventually make combined annual savings of €3.7 billion (£3.2bn), the two said in a statement.

This figure could be achieved without shutting factories, the statement said – something PSA has proved it can do after successfully turning around GM’s loss-making Vauxhall-Opel division. 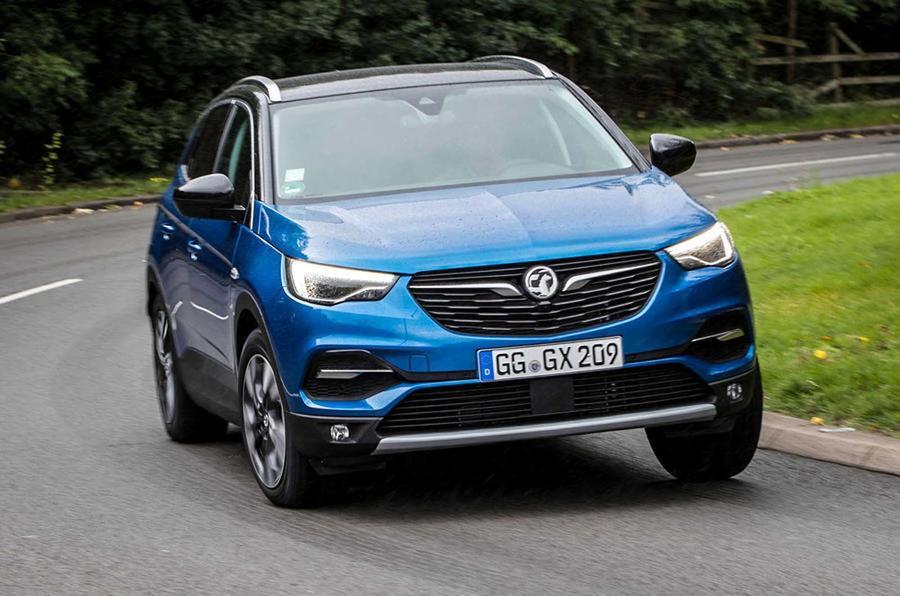 The barriers to success are huge. FCA might be profitable but, of the €7.3bn (£6.3bn) it made last year in pre-tax profits, €6.2bn (£5.3bn) was made in the US thanks in the main to demand for Ram pick-ups and Jeep SUVs. The company struggles in Europe, where demand for its core Fiat brand is too heavily dependent on sales of the lower-margin Fiat 500 and Fiat Panda city cars. It also fails to make serious money from its storied but underfunded premium brands, Alfa Romeo and Maserati.

PSA could quickly fix Fiat in Europe, argues Felipe Munoz, a global analyst at Jato Dynamics. “FCA could make use of the new Peugeot 208/Corsa platform to re-enter the supermini segment with a new Punto,” he said. A new Fiat Tipo could then follow on the Peugeot 308 platform.

A bigger problem is FCA’s industrial base in Italy, where it has an astonishing 27 manufacturing facilities for vehicles and parts. Over-staffing in underfunded factories running far below capacity is a serious problem that will take all of Tavares’ skill to negotiate. He won praise in the UK for – so far – managing to keep Vauxhall’s two plants running while still returning Vauxhall/Opel to profitability, and Italian unions are seeking assurances that the same can happen in Italy, where Fiats, Alfas, Maseratis and smaller Jeeps are built. 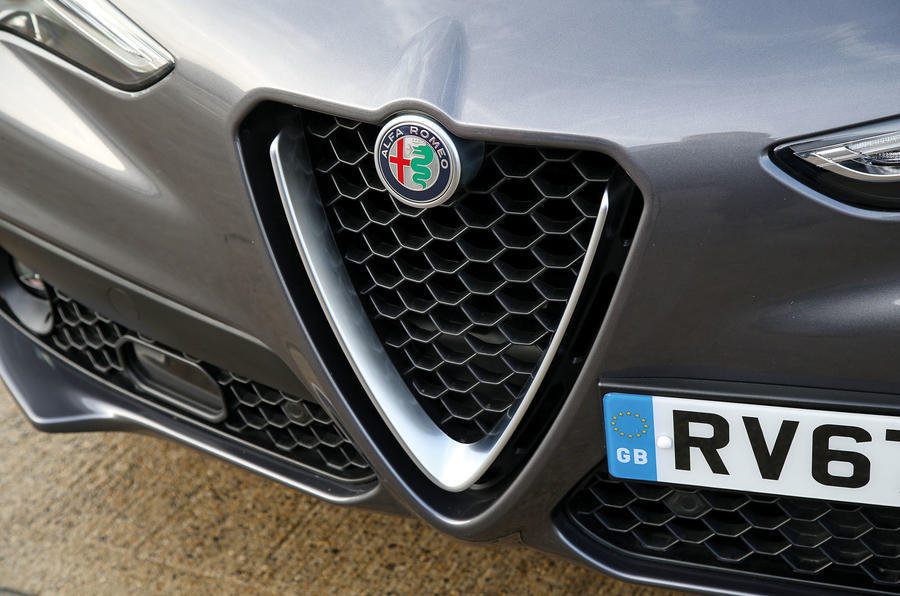 The interesting question is what happens to Alfa Romeo and Maserati? Turning Maserati into the Italian equivalent of VW Group profit machine Porsche has always been the tantalising goal, and earlier this year FCA announced a €5bn (£4.3bn) investment programme to electrify Maserati and launch a new sports car with both electric and combustion engines by next year. PSA described Maserati and Alfa Romeo as having “substantial development potential”, and maybe Tavares is the man to fully unlock this. Or maybe he’s the man to finally sell Alfa Romeo to the VW Group, which it historically has coveted.

The big strengths of the planned merger are in SUVs and vans – the two most profitable segments right now. An FCA-PSA merger creates the world’s largest van maker, with sales in excess of half a million in the first half of the year, according to Jato Dynamics. It is also the world’s third-largest SUV maker, with sales of 1.5 million over the same period. Combined, it sold more than 1.2 million smaller cars (up to Astra size) but is seriously under-represented in medium-sized saloons (14th largest globally), which the new entity will need to address to overcome weakness in China.

Max Warburton, an analyst at Bernstein, acknowledged that Europe is likely to be the biggest benefit. “It’s obvious that PSA does not offer any synergies in the US, and very little in Latin America,” he said. “Putting PSA and FCA together in China doesn’t solve much, either: two wrongs don’t make a right. A deal does nothing to change Alfa and Maserati’s prospects, either.”

Why Fiat Chrysler and PSA Group are merging

You could write volumes on Alfa Romeo and all its failures, but basically it's been failure after failure. Why? They've never really put their heart into it. Ironic I know as that's why the majority of the few people who purchase them so so with their heart. Personally I blame a lot of the dealers but then did they get the support from the parent company. Build quality is a generation behind, reliability is as good as the competition. I should know as I've been driving them for over 25 years! But of all the Marques within this combine it is probably the one that has a future as a luxury/sporting marque. DS is in its infancy and the looks are divisive. Maserati competes in the class above with less volume though could be profitable. Lancia,sadly, would require colossal investment to make it a success. Its at risk, as I believe are Vauxhall (depending on its strength in England) Chrysler (What does it stand for?) Opel's are perceived to be stronger, Germanic and more reliable. Dodge probably be the "core" US car business or maybe that should be Chrysler, but that market is dying.. Interesting times ahead for PSFCA or whatever it will be known as!
RCT V 6 November 2019

Maybe Tavares is man to finally sell Alfa Romeo to the VW Group!

The article above refers to Maserati changing Porsche . . . .  a rather un-ambitious objective, that has also been suggested for Jaguar.

However, throughout the whole combined PSA-FCA conglomeration there is (still) not a recognisable, respected, manufacturer of “luxury” vehicles to challenge the German triumvirate of Mercedes, BMW and Audi.

The original Citroen “DS” would certainly have qualified for such a distinction.

Over recent years, several respectable large Citroen vehicles, and large Peugeot vehicles, have shared platforms and major mechanical assemblies (other than suspensions!!), with which to compete with the Germans.  But the French - being French - always managed to include/incorporate one or two Gallic “nuances” that were often regarded as just too much, by the buying public (particularly in the USA).

When they acquired Chrysler (UK) Ltd, PSA decided to abandoned the established and respected English manufacturing name of HUMBER, which was/is/could again be, exploited as a luxury “marque”.

However, the HUMBER name, with all the Intellectual Property Rights associated with the company - and all its different model names - is now in Private ownership.

Even the most optimistic automotive Francophile, must acknowledge that it is a unrealistic and naïve ambition that the new, synthetic “brand” that is DS will ever be recognised as an international luxury “marque”.

Even after all the missed opportunities above, it would NOT be a surprise, if Taveres were to now sell Alfa Romeo . . . . the one name that the conglomerate have that could be exploited and expanded, to compete with the Germans. . . :( .