BACK TO ALL NEWS
Currently reading: New Vauxhall Corsa and Corsa-e make joint public debut
UP NEXT
Why now is the time to buy a proper high-mileage hero

Vauxhall's all-new supermini starts from £15,550 and is available to order now, with the electric variant at £26,790
Open gallery
Close

Vauxhall has showed the all-new Vauxhall Corsa at the Frankfurt motor show in petrol and electric guises, ahead of customer deliveries beginning in January.

Prices for the Ford Fiesta rival were revealed last month. The base variant, the 1.2-litre non-turbo petrol in SE trim, starts from £15,550, with standard kit including LED headlights, 16in alloys and a 7in touchscreen radio.

Though yet to be officially confirmed, company car price lists reveal the battery electric Vauxhall Corsa E model starts at £26,790 after the UK government grant. That's expected to be less than the equivalent Peugeot e-208, with which the Corsa shares its powertrain and platform. 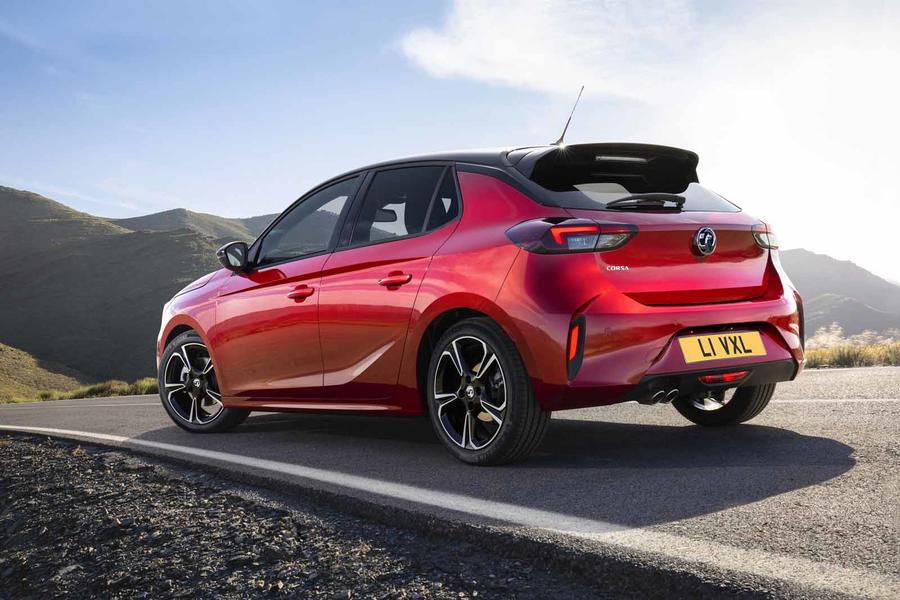 Vauxhall claims all combustion engine variants emit less CO2 than the most efficient versions of the outgoing Corsa, partly thanks to a weight reduction of up to 108kg. The line-up starts with a 74bhp 1.2-litre three-cylinder petrol unit mated to a five-speed manual gearbox - this is the lightest variant of the car, weighting in at 980kg.

A 99bhp turbocharged version is also available from launch that can be had with a six-speed manual or eight-speed automatic transmission.

Also available is a 1.5-litre diesel unit producing 99bhp and 184lb ft of torque, though it’s expected to make up a small fraction of the total sales. Official economy or performance figures of the three engines aren’t yet available, but they are likely to be comparable to the same units in the platform-sharing Peugeot 208.

The new Corsa is the first Vauxhall model that has been developed since the firm was bought by the PSA Group, which also owns Peugeot, Citroën and DS. It shares the PSA Group’s new CMP platform and powertrains with the recently launched 208.

The Corsa-e will match the e-208 in having a 50kWh battery to power the electric motor. The powertrain has 134bhp and produces 191lb ft, enough for a 0-31mph time of around 3.1secs. 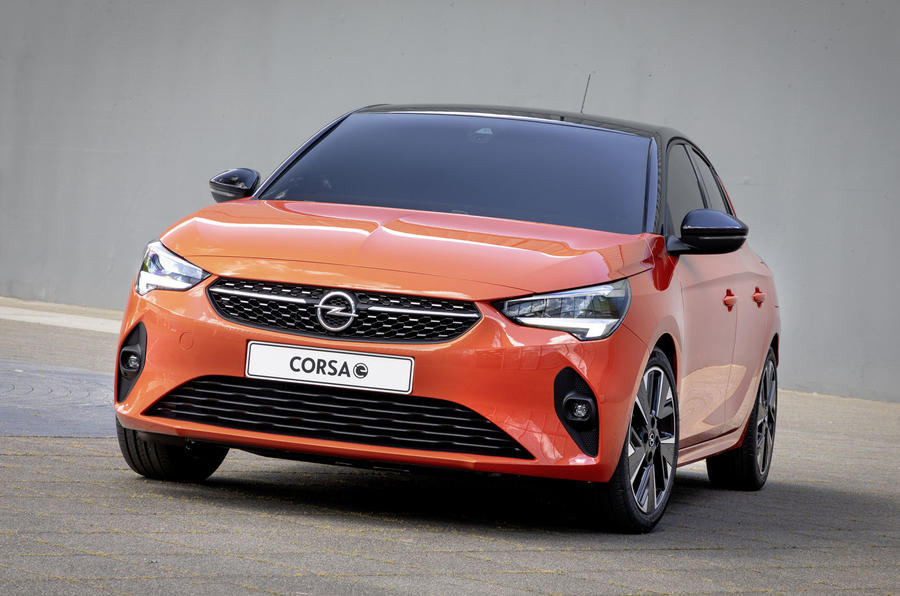 The Corsa-e will feature three drive modes – Normal, Sport and Eco – with Vauxhall claiming the 211-mile official range can be extended by up to 40% in Eco drive mode. The hatch also features a regenerative braking system.

The new Corsa is the first of a raft of Vauxhalls and Opels aimed at rejuvenating the brand with new levels of design integrity and engineering.

Opel-Vauxhall vice-president of design Mark Adams told Autocar at the Corsa’s unveiling that the new model was engineered to the most robust standards in the company’s history, despite a massively shortened development programme after PSA bought GM’s European arm in 2017 and started afresh.

A GM-based Corsa was all but finished by that point and it could have been launched, but the ‘toolbox’ of newly available PSA technology, including access to BEV hardware, plus licensing costs that would have been payable to GM, meant starting again was “a no brainer”, according to Adams. 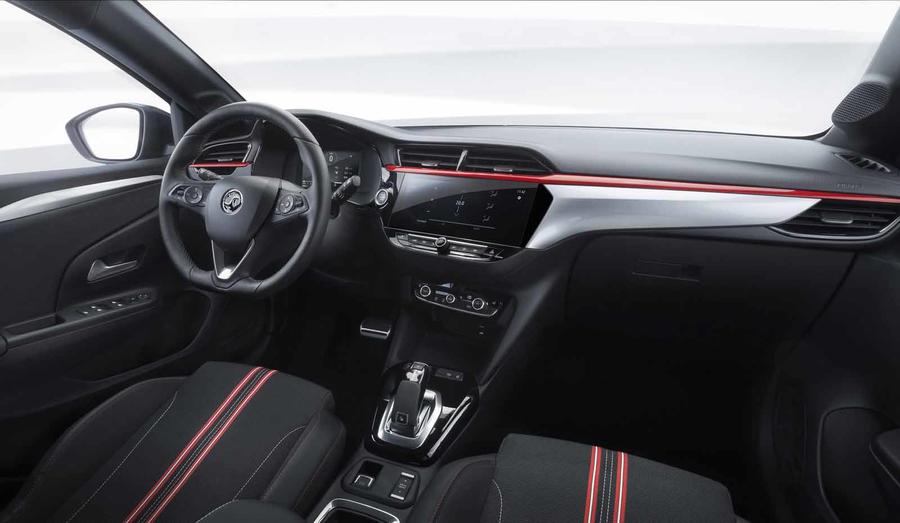 “We hand-picked our most experienced designers and engineers,” said Adams. “This is not a committee car.” He added that Opel’s design and engineering team had learnt new methods on the way but that the company couldn’t work within such a timeframe with every new model. “You’d kill people with the intensity of the work,” he said.

PSA sees Vauxhall and Opel as a good fit with its French brands, noting that their respective British and German heritage means they’ll achieve sales volumes in their home markets that Peugeot, Citroën and DS won’t be able to match.

PSA CEO Carlos Tavares has overseen a surprising turnaround of fortunes in an extremely short space of time. Opel-Vauxhall returned a £750m profit last year, its first in two decades. That has come from a mix of cost reduction, extra buying power and a reduction in discounting rather than a notable sales increase.

Both Adams and new Vauxhall CEO Steve Norman say Opel-Vauxhall has much more autonomy within the PSA Group than under GM, where it made products that sold not only in Europe but also, with Chevrolet, Holden or Buick badging, in other regions. 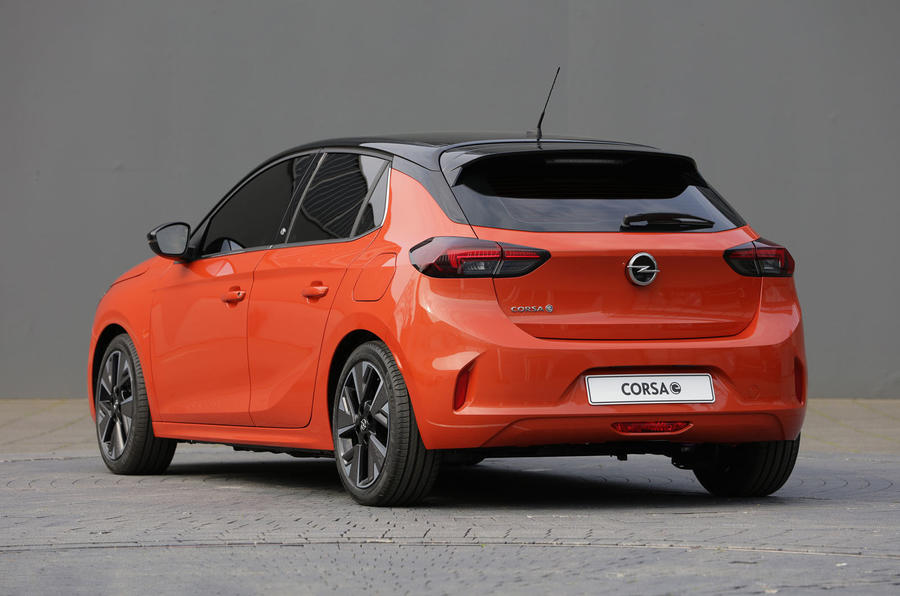 “You can’t micromanage success”, says Adams, who added he was pleased to find that PSA CEO Carlos Tavares was “extremely focused on brand values”. That approach has allowed Opel-Vauxhall to deviate from other PSA brands and inject its own DNA into the Corsa’s design.

Deliveries of the new Corsa start at the end of this year in internal combustion form, with the Corsa-e electric variant arriving a few weeks later. The new Corsa-e can be ordered from this week and will cost £26,490 including the government grant.

Is the Corsa representative what of we should now expect from Vauxhall?

“It’s what the brand has needed for some years now, and this will be the precursor for the new Mokka, which will be much more radical still in terms of design.” 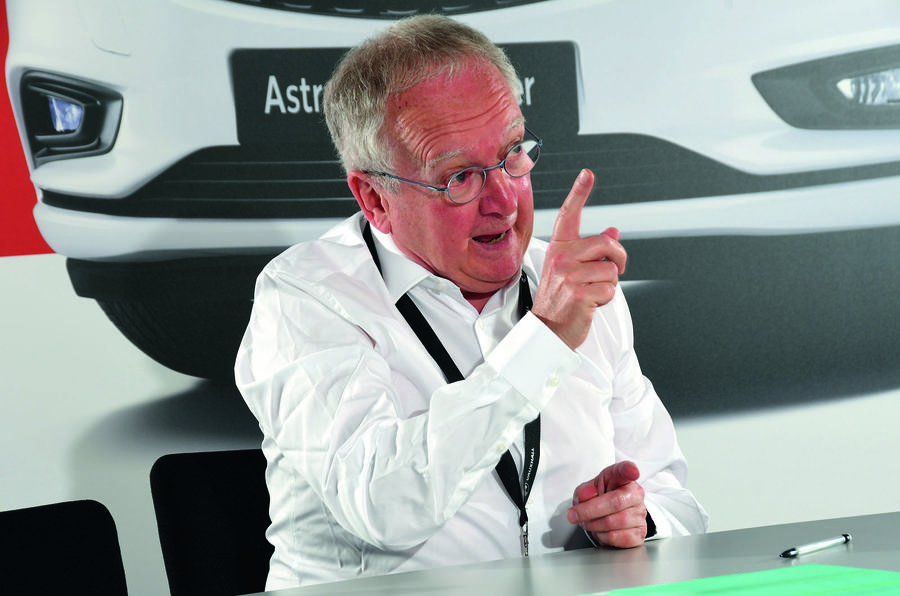 Is it correct that the small platform means a pure-electric option, while large platforms can have a plug-in hybrid powertrain?

“For the moment, yes. What’s interesting in the Corsa-e is that there won’t be an option with less than 136bhp. One of the things that concerns people is that Vauxhalls have become a bit staid, and we need to inject something back into it. This will be quite a fast car.”

Do you think there’s a shift in how the business runs day to day?

“I wasn’t there in the GM days but the people who work for me were – they think the change is total. They are given freedom to act, that’s the big difference.”

Lawrence Allan and Matt Prior

Has anyone tried using this for the new Corsa? It seems really slow/buggy. Which is not a good thing if car manufacturers want to change the way they sell cars.

Has anyone tried using this for the new Corsa? It seems really slow/buggy. Which is not a good thing if car manufacturers want to change the way they sell cars.

The problem seems to be with Google Chrome as I just tried it with Microsoft Edge and it works fine with that browser.

In my opinion the outgoing Corsa has been a bit long in the tooth for a while, and the facelift with the sticky out front lip and bulging headlights was weird and ugly and couldn’t hide the fact it was an old design from 13 years ago.

I think this new Corsa looks much more modern and fresh and I think will sit better with it’s Astra and Insignia siblings.

Also just a geeky observation, but it looks as though this might be the first Vauxhall to finally catch up with the trend of putting side-repeaters on the door mirrors as opposed to the front fenders.

Am I alone in thinking European makers are losing all sense of reality in regards to pricing. Ordinary mass market stuff at premium levels of pricing. Seems to me they are opening the door to the Chinese and giving them a huge welcome in . It won't be long before innovation , quality and technology equals the Europeans either.
Shrub 2 August 2019

No, you're not alone

and it's not just list prices. Ford, now Vauxhall both have entry level superminis running 16in wheels. An entry level superminin once provided an option for those looking for affordable basic transport but even the tyres (decent) are going to cost a packet on these little cars from now on, or force people onto cheap, less safe rubber.