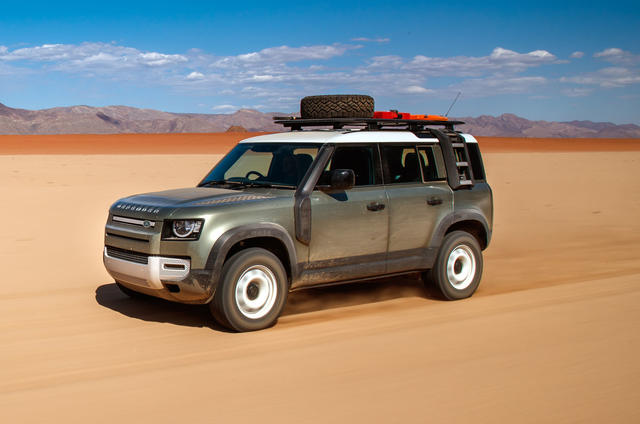 Few cars are as celebrated as Land Rover's legendary 4x4 Defender. But does the latest iteration live up to the hype?

Can the purest version of Alpine's A110 hold a candle to the stripped-back 718 Cayman T?

We ponder the future of the grand tourer with three dramatically different interpretations: petrol, hybrid and electric

Ingolstadt's fastest wagon ever meets UK roads for the first time. Does it live up to the legacy of fast RS estates?

Geneva may have been cancelled, but we're still bringing you a round-up video from the show floor

Unlikely high-end rivals from the USA and Germany meet on our handling circuit. Which delivers greater driving thrills?

A £300,000 luxury SUV from Goodwood meets a drift circuit for the first time as we find out if the near-three tonne SUV will go sideways

A four-cylinder powerplant never felt right for the Porsche 718 Cayman and 718 Boxster, so are they back to their best?

Jaguar's overhauled sports coupé arrives with a choice of four- and eight-cylinder engines. We drive the range-topping 568bhp V8 to see if it can rival the Porsche 911

Two of the most exciting sports SUVs around face off as we decide which is best - but will Germany or Britain prevail?

The first electric Mini, also known as the Mini Cooper S E outside of the UK, promises zero-emissions driving with all of Mini's classic handling prowess. Well, does it?