BACK TO ALL OPINION BLOGS
Currently reading: Matt Prior: Why I'll never tyre of the Nankang AR-1
UP NEXT
Bangernomics best buys: the Vauxhall Signum is a true all-rounder

Matt Prior: Why I'll never tyre of the Nankang AR-1

The track day staple has served our columnist well, and will prove a treat on the latest Donkervoort
Open gallery
Close

This week’s idle fancy is the latest Donkervoort. The D8 GTO JD70 is a two-seat roadster from the Netherlands with heavy hardware: a 2.5-litre engine, a six-speed manual gearbox and a carbonfibre body.

To support Donkervoort’s claims that the JD70 is the first road car able to pull 2g in cornering, it gets light power steering so you can hang onto it, and Nankang AR-1 track-day tyres.

The AR-1 has been around for four years and has cemented a good reputation for itself. When Jonathan Palmer enlisted our help setting up the Caterhams Bedford Autodrome uses for its track experiences, the AR-1 was the tyre we both preferred.

I think the only other time I’ve driven on Nankangs on track was in a 24-hour Citroën C1 race – not strictly track-day tyres, but on track for a day.

In testing, 24-hour racing in a C1 Racing Club series organisers found that Nankang’s £45 budget tyre lasted longer if they shaved 3mm from the tread before they started using them. From new, full-depth treadblocks squirmed around so much under cornering and braking (C1s stop and turn surprisingly well) that they overheated and tore themselves apart. With less tread depth and less block squidge, they lasted longer. I doubt this is something that most AR-1 users have to worry about.

Anyway, what I like about the new Donk is the incongruity of it all. On the face of it, it’s a sports car in the Caterham mould – until you realise there’s a five-pot turbo Audi engine in the front making 415bhp. The Caterham Seven 620R, lighter by under 100kg, makes ‘only’ 310bhp but feels completely unhinged, so the JD70 sounds gloriously silly. 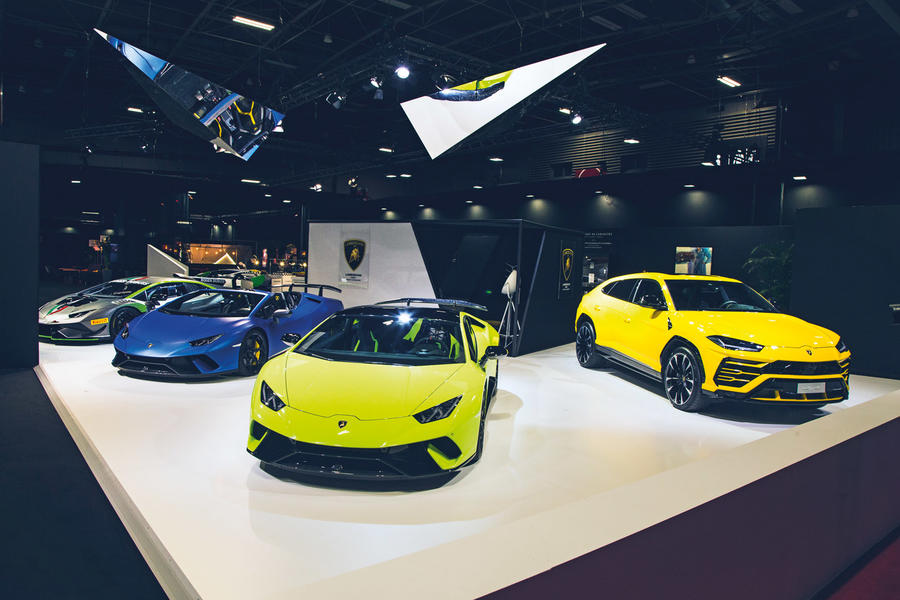 When I was young, the only ways I could absorb things about Lamborghinis were from a distance: in car magazines, on posters, in Peter Dron’s book Lamborghini Countach: The Complete Story and by watching The Cannonball Run.

Or so it seemed. But did I see one at a British motor show? Probably? Maybe? Honestly, I can’t remember. So many stands, so many people, so many cars. I suppose one of them could have been a Lamborghini.

Even if it had been, it wasn’t like I was going to buy one, and nor was almost anybody else in the four-deep crowd. That’s the perennial problem of the motor show, which is why Lamborghini has decided it won’t bother with the big ones any more.

For most of us, there’s the internet. For the few, there are events “where we can invite our clients, prospects and VIPs to join other like-minded people in appreciating many different aspects of the Lamborghini brand”. No, I don’t fancy it either.

But I get it. At least a decade ago, a Volvo UK executive told me that countryside shows were a better place to actually sell cars than major motor shows: they met the right people in the right environment.

The traditional counter-argument is that motor shows are a place to spread love. That supercar makers might not sell cars, but they would at least sell the dream to wide-eyed kids who would grow up to want one.

And there’s the balance. For all motor shows’ flaws – and I’ve been as vocal about them as anyone – and despite the fact that I can’t remember whether or not I saw a Diablo at the NEC, there’s something inclusive about places where exotic cars are shown to all, with nothing expected in return. If the maker doesn’t seem interested in you when you’re a young enthusiast, who’s to say you’ll still care about it when you grow up and earn some money? I’ll make a note to revisit this column in 20 years.

Citroen C1: the most fun race on Earth?

The last car show I went to was like a covid safe gentlemans nightclub. You could look from 2 metres away and certainly couldn't touch, let alone get inside some of the more exotic ones.  Might as well save the money and look at the detailed pics and videos on the internet.  I think Matt forgets the average punter doesn't get full access like him and we have to pay!

I think Lamborghini and the

I think Lamborghini and the Volvo executive are both correct unfortunately.  I never saw an M6GT at a motorshow, nor an M635 CSi, but both of those were high on my lottery win list.

Internet, Topgear on BBC, Harry's Garage, Autocar, JayEmm, so many sources for every enthusiast now and not just motoring.  I imagine there will be blogs and YouTube content on all sorts of topics readily available now, from bikes to tractors to fishing gear to make-up to computers to power tools to whiskies and wines to running shoes and football boots to watches to...

From memory, Lamborghini used to miss some UK motorshows many years ago too.

Still a shame though