BACK TO ALL OPINION BLOGS
Currently reading: Matt Prior: When is a DB5 not a DB5?
UP NEXT
Could used be better than new for KTM’s freak four-wheeler?

To the Ship of Theseus and Trigger’s Broom, now add Matthew’s Bicycle.

This is one of the world’s oldest philosophical thought experiments. Belonging to Athens’ heroic co-founder, the famous ship “wherein Theseus and the youth of Athens returned had thirty oars and was preserved by the Athenians… for they took away the old planks as they decayed, putting in new and stronger timber in their place”.

And so the experiment runs: at some point, when all of the original rotted planks were replaced, was it still Theseus’s ship? Or was it a different one? See also: “This old broom has had 17 new heads and 14 new handles.” It’s a perennial poser.

During the past few weeks, I’ve considered it too. The gym is shut and biscuits are in ample supply, so I’ve put my old mountain bike into more regular use, but it needed a service.

It’s a Marin on which I spent my cleaning job earnings in 1992; I think I loved it then and cherish it now because it was the best bike I could afford. I think it cost £390 and I know my parents were horrified – although, 28 years later, they’ve just about come around to the idea.

It’s mega. It has taken me up mountains and home from the pub, at times it has been left outside for weeks and sometimes my children borrow it. I’ve used this bike much better than I’ve looked after it. The frame, forks, stem and head bearings are still original, as they left the shop. The rest is not or soon won’t be. 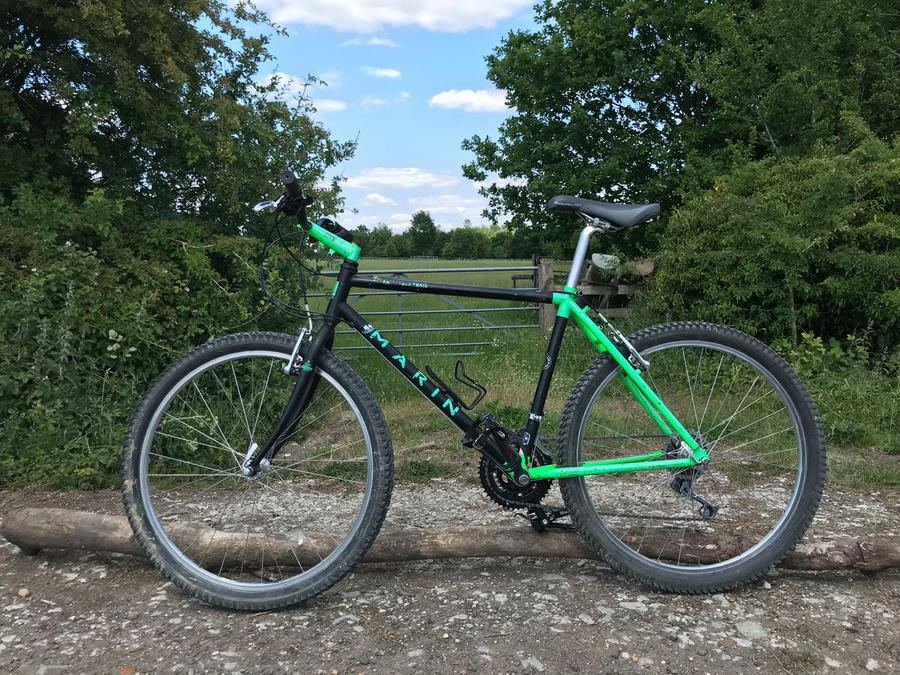 And what if the frame corrodes and cracks too, and the old planks as they decay need replacing with stronger timber? Then nothing will be left of the original bike.

Will it still be the same one I bought in 1992? To me it will be, because I have history with it. And if it doesn’t seem original to you, here’s the thing: it doesn’t really matter.

Where it would matter, though, is if I tried to flog it to you as the bike I bought in 1992 and you later discovered that no part of it was. 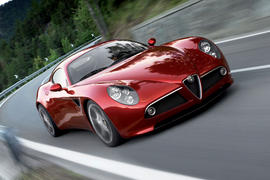 Alfa's supercar may be a flawed one, but the 8C is utterly intoxicating and its rarity is enough to separate it from dynamically superior rivals

Also if somebody else repaired the broken frame, or used the wheels I replaced in 2000 or the chain that snapped last week, then built a bike around any of those and tried to tell you that it was my 1992 bike. Which they wouldn’t, obviously, because that would be daft. It’s not worth it.

It might be worth doing if it were a racing Alfa Romeo 8C, Ferrari 250 GTO or Jaguar D-Type, though, might it not? There are many more parts discarded from those cars to choose. What’s original then?

This is where thought experiment can turn into more heated discussion and even litigation. And typically it’s where the argument of ‘continuous history’ comes into play. What makes my 1992 Marin my bike is what should make a crash-repaired racing car the same car, even if another is later built around discarded or damaged components.

This is why manufacturers are careful to call their new builds of classic cars ‘recreations’ or ‘continuations’, no matter how high the quality or strong the provenance of the maker. Continuous history is key, at least when it comes to money, if not, definitively, philosophy.

None of this, mind, explains the ratio of handles to heads. I wonder as a former cleaner, how come nobody at Peckham Council Procurement asked: ‘Why so many handles?’

I still have my GT outpost

19 June 2020
I still have my GT outpost mountain bike that I bought back in about 1992, it is still mostly original though the chain and bottom bracket were replaced back in 02ish. And the seat isn't original. But it will need either new wheels or a re-spoke and possibly a new gear train, but the frame and forks are in great condition, even restored I reckon it'll still feel original to me so I know what you mean.

With regard to whether a

With regard to whether a recreation or a continuation of a classic car is the 'genuine' article, I suspect this all lies in the head of the individual. Personally, I think a meticulously faithful replica, often built to an even higher standard than the original, is a very satisfying alternative. Particularly if true originals are too scarce and precious to be attainable. However, provenance and originality seem to be key to many collectors and enthusiasts. You only have to look at the US market, where cars with 'matching numbers' fetch much higher prices than, for example, those with replacement engines and transmissions.

I'd certainly be happy with a top quality 'restomod' of a Jensen Interceptor!

A fair and interesting question. For my part, I would suggest something along the following lines (although it's based on nothing more that gut feeling and very much open to debate):

1. Changing ancillary items or minor bodywork (including and up to replacements of removable bodywork panels like wings or doors) can be done without the car losing original status.

2. Engine rebuilds are fine as long as like for like parts are used (or modern equivalents) and the original engine block is retained.

3. More substantial body and chassis repairs are a matter of fact and degree. As a rough rule of thumb, I'd say anything involving replacement of more than 50% of the original body shell or more than 50% of the structural chassis members puts it into replica or continuation territory, on the basis that you're losing the 'skeleton' of the original car. Same as if a comparable amount of the frame was replaced on the bike, to continue that analogy.

4. Interior trim replacement would probably be a similar approach - replace ancillaries and minor repairs are fine, full blown replacement pushes it into replica territory (albeit perhaps with more latitude than body and chassis).

5. As a broader point, perhaps for classic cars where issues of provenance are going to be more significant there should be a record of what is original and what has been replaced to accompany the log book. Add a statement of truth to it to make it wnforceable in the event of a dispute and you might find (a) people take the subject more seriously and (b) questions of provenance become more easily addressed.

Just my two-penneth and keen to hear other people's.

Where do you draw the line. I too have a bike from 1993. It has provenance being a Ti frame once used by the Diamond Back Racing team of the era. I have used and abused it so much that all that remains of the original bike is the frame. I think its history (had I preserved / documented it) only adds to its value for me, but for anyone else?

I was once told that in order to joing the register of Bugatti type 35 you need an original two of four key items : Engine, Gearbox, Chassis and Bodywork. All of them can be bought as reproductions, correct in every detail but age so in theory if you have a completely original car you could create two registered cars from it. There are those who would never do so, and those who would do so in a heartbeat if there was a profit in it. As above, it's not what the owner thinks but what someone else is prepared to pay.

As to continuations, if what counts for the buyer is a completely original experience, but with the comfort of knowing that the engineering is dependable then clearly they are the best of all worlds to own. If on the other hand, you buy with one eye always on the resale worth, then leave well alone. You will never enjoy the experience enough to kill the perceived financial worry - and you probably won't be reading Autocar either!

I have never owned both together recently, if you have a bike or car that been in your life for any extended period, then, it means something to you,and, you want to maintain it, keep it going in near original condition,but, some see them as tools, and when they get damaged or worn out, they replace what needs done, originallity can mean it looks original, that shouldn't matter, with cars, which today are like packets of crisps, was used there tossed away , with cars it's simular, after two three years we move them on, but really old car, the ten years plus, the future classics, well, I'm of the view, if you can make it better, then why not?, it does no harm, there not build in there thousands, original, as is ones still have value, drive the same, have there quirks, whereas, the reinvigorated ones have found a new lease of life.

A DB5 ceases to be a DB5 when you put an electric motor in it.

If the body is original..

It's still a DB5?  What constitutes a car? To me it is the design not the construction.  If you put the running gear of a DB5 in a different body then it is no longer a DB5.

I could stuff a defender chassis under a bugatti veyron, to the onlooker it's a veyron, end of.