BACK TO ALL OPINION BLOGS
Currently reading: Matt Prior: Why Belgium is the worst driving country in Europe
UP NEXT
Opinion: The Monza Rally is Rossi's to win if he can find a team

Matt Prior: Why Belgium is the worst driving country in Europe

Well, except for England, as our man explains after a cross-continental excursion
Share
Open gallery
Close
Share story

I say this not because of my Jaguar to Jabbeke feature, which was a pleasure to create last month, but a trip to Germany last week to drive a Hyundai i30 N. From England to France, into Belgium and misery.

You know when the average-speed-checked bits of British motorways under construction are particularly busy? All of Belgium is like that.

Being a relatively densely populous country of nice, law-abiding people, Belgium’s 120kph highway limit is pretty widely respected. Which means almost everybody is driving between 118kph and 122kph. At the same time. So while there are overtakes, some last for months.

And then, once they have passed, as if realising the 123kph that they've inadvertently hit to finally get the job done is a bit much, a driver will pull back into the lane they overtook and, as if completely exhausted by the effort, ease off to perhaps 118kph. The one, two or more cars behind, now being slowed, will then themselves pull out, and so the whole interminable process begins again.

This all happens with closing distances so tight that if somebody were driving that near to your rear bumper in the UK, they would be fuming, either because you’re holding them up or they’re trying to prevent somebody else filling the gap.

Not so in Belgium. When you look at drivers’ expressions, there’s no anger. Not even passive aggression. They’re just bored out of their tree.

This is definitely the worst country in Europe to drive through, I decided. Until I got back to England again. Ah, yes. Sorry, Hergé et al. I remember. Here it’s worse. 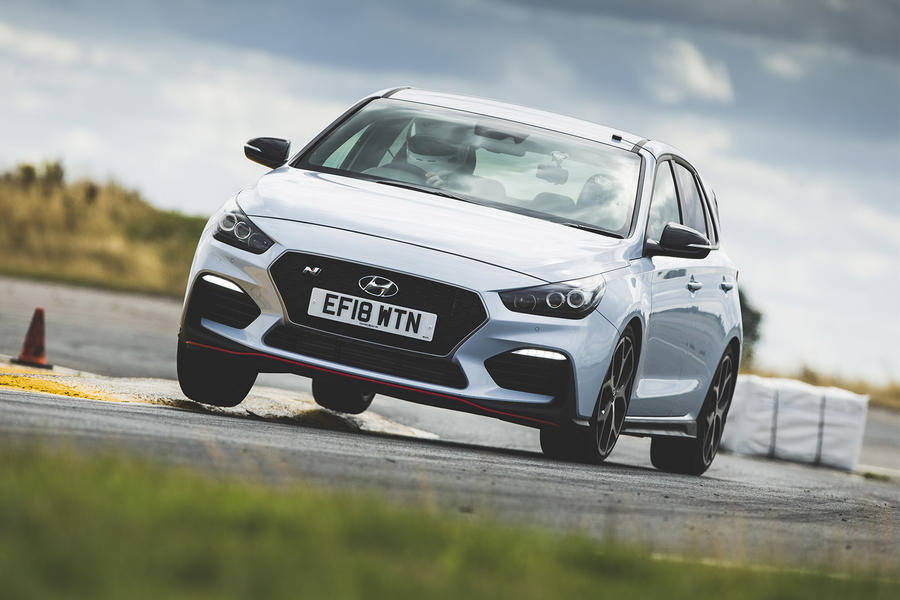 “Drivers need to get out of the car with a grin,” says Klaus Köster, Hyundai’s director of high-performance vehicle development. “It’s not about being the fastest.”

I agree. You agree. We all agree, even on other subjects than cars. There was some research the other day that found what they call a ‘dad bod’ – a man relatively fit but a little rounded at the edges – is viewed as more attractive than a bloke with a totally ripped torso. 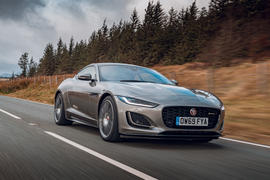 This is straightforward thinking. A dad bod owner doesn’t spend all of his time in the gym or obsessing about his protein intake. He runs about a bit and remains healthy but is also quite happy to spend time with his significant others enjoying biscuits and wine. He probably smiles more. And, crucially, he has the time to make you smile more.

It may be slightly unfair on a car as capable as the Hyundai i30 N to suggest that it has a dad bod. It’s great fun on the road and plenty fast enough on a race track, too. It clearly takes its fitness pretty seriously. But while the Honda Civic Type R and Renault Mégane RS compete for how much they can bench press, it’s quite nice to have a car that figures its muffin top isn’t so bad and decides to go out and have a nice time instead.

Matt Prior: How lockdown has changed car testing

Nope... it is Belgium that's the worst

After regular continental driving trips crossing the northern countries to Germany, I can indeed concur that Belgian roads (and *whisper*, the drivers) are pretty poor.

More dangerous than anything is the fact that their roads seem to retain surface water far more than other countries - if you've driven there in the wet, then you will know what I mean. It's probably a good job that they stick to the speed limits, but the locals don't make allowance for more distance in the wet, and seem to, as @Matt Prior has pointed out, like to tailgate. Maybe they are used to it, but me, I breathe a sigh of relief every time I safely pass the border.

Belgium is good for trains,

Belgium is good for trains, bikes, and e-scoots though.

As for driving a car, try to keep off main routes and it's mostly fine.

Our British roads have a lot of people driving around with no insurance or even licences, others with cloned number plates so are immune from all forms of automated road policing (so you have very fast undertaking and cutting around on places like the M25 with average speed cameras) and some indulging in road rage as a regular pastime. That's whilst the rest of us sit at the average speed camera speed or observe our speedos more than the road ahead (some of our speed limits are also ridiculous) for paranoia of being caught by legions of mobile speed traps.

So motoring on our British roads is just as boring as Belgium, but we have the added bonus of a potentially nasty accident with the nutters who are beyond automated law enforcement that nothing is being done about.

Give me Belgium any day by comparison.

Give me Belgium any day by comparison.

LOL spot the bloke from Belgium.....

but they've got also got Circuit de Spa-Francorchamps, so all is forgiven.