BACK TO ALL OPINION BLOGS
Currently reading: Matt Prior: 4x4 law and order in the Lake District
UP NEXT
Opinion: historic racer David Tomlin like a phoenix from the flames

The High Court ruled last week that 4x4 drivers and trail bike riders can continue to use two green lanes in the Lake District, dismissing a legal challenge by campaigners.

The Lake District National Park Authority (LDNPA) had already overseen a two-year assessment of the use of Tilberthwaite Road and High Oxen Fell Road and decided not to impose Traffic Regulation Orders.

The ruling on that? The LDNPA’s defence of its original decision was right, so greenlaning can continue. Its assessment was broad and clear and ran to some 70 pages, and Mr Justice Dove called it “a reliable and accurate interpretation” of the law.

It found campaigners’ complaints about pollution weren’t credible, given that most other park users will drive to where they start their activities. It also found that while surfaces had in places deteriorated on these roads, this was where maintenance had also declined. And where surfaces had been improved to ease farming access, some mountain bikers now said they preferred the road when it wasn’t so “boring”.

The LDNPA found that it was “difficult to judge the [visual] impact of around 40 4x4s per week, when compared to the vastly greater use of the road network”, that there was “no evidence” of an effect on wildlife and that there was “no actual evidence of any accidents, incidents or injuries to any users of either of these roads”. It noted, too, that artists and writers managed to take great inspiration from the area back when it was more heavily mined and quarried.

As the LDNPA said, “these aren’t farmers’ roads or quarry roads, as sometimes described. They’re public through roads that happen to be used by farmers (and earlier quarrying, mining or packhorse traffic)”. 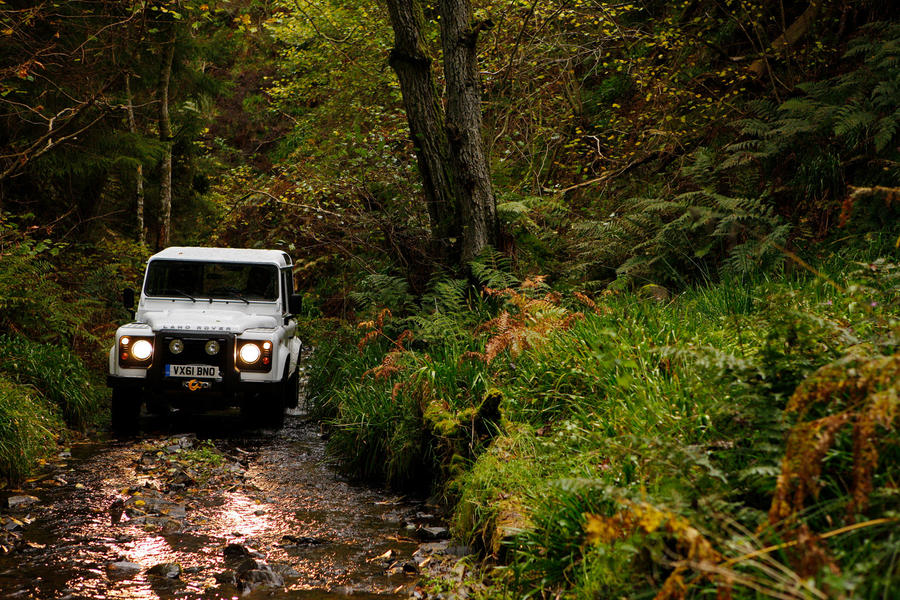 It continued: “When looking at the historic and cultural usage of these roads (and indeed the wider unsealed road network), it’s difficult to know at which point in history any lines should be drawn. Where would we stop the cultural development of such highways? It could be that a line should be drawn at the point when the Lake District was designated as a World Heritage Site for its qualities as a cultural landscape. In which case, MPV [4x4 and trail bike] usage of these two roads was very well established at that point, so it could be argued that the MPV usage was already part of the cultural heritage of the area upon designation.”

The nub of campaigners’ argument centres on a law dubbed the Sandford principle, which states that “where irreconcilable conflicts exists between conservation and public enjoyment in National Parks, then conservation should take priority”.

Both the assessment and the High Court said that doesn’t apply here. “It’s certainly not the case that surface damage on its own is beyond repair or irreconcilable,” the judge noted.

The LDNPA can now set up the committee it originally wanted to for monitoring upkeep of these roads.

There are 2038 miles of unsealed public roads in the Lake District, and motor vehicles have rights on only 75 of them. To me, all that seems irreconcilable is some people’s ability to tolerate others going about their lawful business and hobbies.

We have had similar issues with locals trying to close BOAT's in the South of England....mostly Londoners moving into multi million pound country houses which have historical rights of way across the land.

They should do their homework first, but as usual they take the view that money talks!

Frankly horses cut the lanes up worse from a walkers point of view that a few 4x4's. Yes there will always be a few who will be stupid and ruin reputations for restraint of the serious off-roaders, but the same can be said for ramblers.....who by the way ruin many beauty spots by not staying on designated pathways!

It has been popular to demonise off-roaders of late with all sorts of headline grabbing red herrings concocted by those with seperate agenda's....this is one in the eye for the naysayers and hopefully will become a line in the sand to use in other counties. The 4x4 clubs frequently effect repairs on byways....something walkers and horse riders never do, (dog walkers are expected toclear up after their dogs, but horse riders are not asked to clear their steaming great piles).

Before you ask, I do not belong to a 4x4 club, so this is not a biased view.

Matt has taken a keen

Matt has taken a keen interest in this issue and reported in a calm and authoritative manner. It's all about intensity of use - if these roads get clogged with 4x4s there will be a problem, but at present mountain biking probably causes more damage than motorised vehicles.