BACK TO ALL OPINION BLOGS
Currently reading: Matt Prior: How lockdown has changed car testing
UP NEXT
Opinion: What the kids think of SUVs

Matt Prior: How lockdown has changed car testing

And we’re back – of a fashion. Thanks for bearing with us during what we once quaintly thought of as unprecedented times, but if you’ll forgive me talking shop and the coronavirus for a moment, normal service is resuming. Cars are being made available to us to test and there are a good few to get through.

At risk of rousing Haymarket Media Group’s brass section, we have strong procedures in place to let us do this safely. One big car maker told us that our house rules are better than its own, I think chiefly because they don’t rely on anyone else to do any of the legwork.

Not every car we test is from a manufacturer that we imagine will have its own protocols. We sometimes feature cars belonging to dealers or owners (Haymarket also publishes Classic & Sports Car), so our new rules are broad and collaborative. If somebody is kind enough to let us have access to their vehicle, we’ll do the rest, from outlining the physical basics of how we swap the keys through to disinfecting and vehicle contact tracing.

Testing other people’s cars is far from everything we do, as you will know, but it’s a key component. But what you won’t see in the short term is four cars lined up on a remote hillside. Technically, there’s nothing to say we can’t do it (seriously technically, there never has been), but it’s better to limit activity because we’ve thought to, rather than because we’re forced to. So we’ll be staying more local and more lowkey, and our pictures and videos will reflect that.

I’ll tell you what, though: having recently spent two days on the road, I’ve noted how many road users have been practicing their driving during the past eight weeks. Apparently by playing Grand Theft Auto.

Driving at the moment has bigger highs and lows than usual. The M40 was so clear yesterday that it felt like I was driving on a French toll road. I don’t often set cruise control or a speed limiter in the South-East of England, because the amount of traffic makes it more bother than it’s worth. But now a Tuesday afternoon is like an early Sunday morning. 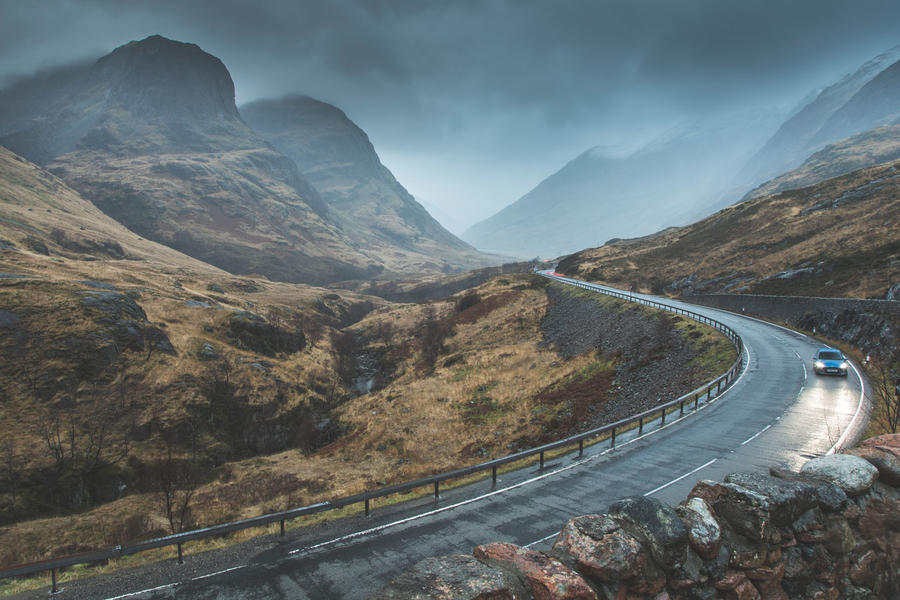 It’s lovely, until you see what I would say is the near majority absent-mindedly ignoring the inner lanes and others with their cruise controls set to eleventy billion miles per hour. Swings and, indeed, roundabouts.

Last week, a mate of mine said he was worried people that would get out of driving practice and so there would be more accidents when we took it up regularly again. He might have a point. Whatever good books people have been reading since March, the Highway Code isn’t one of them.

Every day is like driving in the school holidays. If you stop people doing something they weren’t very good at in the first place, they’re not likely to get any better at it.

Along with the cuckoos and strimmers, the other unmistakable sound of spring has finally returned: barely silenced engines that rev to 11,000rpm. I’ve seen bikers get some stick for congregating, but two blokes standing on opposite sides of two motorbikes isn’t so different from two cyclists or two picnickers out together, and I saw all of the above while on a walk yesterday.

Now to find a way to keep the good parts of road travel without reintroducing the bad. Maybe we should all just spread out a bit?

Analysis: Which car makers could win once lockdown lifts?

How to maintain your car during the lockdown

Not too bad in the States

I just drove back-and-forth across the U.S., from Virginia to Florida, onto California and back, and the driving was decent.  The only problem that I encountered were the nutters in Vegas that drove outrageously fast on non-motorway roads and in the far-right lane to boot.  I also increased my respect for over-the-road truckers who have to go over the Rockies pulling 80,000 pounds of goods.

Going to get messy.

I've seen pictures of litter left at beauty spots, all the way up hillsides and the like, how irresponsible is that?, most never did it before, I guess first timers out walking don't know, or ignore the rules, I feel sorry for people who live in densely populated areas of the country because the virus risk is much higher because of people like this.

Those Muppets flouting the

Those Muppets flouting the rules have always been there, it's just easier to spot them now with less traffic around them.