BACK TO ALL OPINION BLOGS
Currently reading: Matt Prior: Designs stay the same, it's our perceptions that change
UP NEXT
Opinion: Why opening up Tesla Superchargers can't come soon enough

Matt Prior: Designs stay the same, it's our perceptions that change

What do we think of the new Ford Bronco? Last week, Uncle Henry released details of a new retro off-roader, a Jeep Wrangler rival that sparks nostalgia in the US a bit like the Land Rover does over here.

Specifically, though, what do we think of the look of it? Ford has unashamedly pulled retro cues from the early Bronco. Which has inevitably sparked comparisons with the new Defender – a car that does contain themes from the original but is a more progressive, modern design.

If anything, the Bronco reminds me of Land Rover’s earlier DC100 concept, which the firm itself later deemed too comical, too much of a pastiche of the original. Ford took a similar ball and has run with it, while Land Rover evolved the Defender into something new – I think to make it look like it had never stopped being developed, as if it were a Porsche 911.

But what intrigues me more than what we think of these designs now is what we will think of them in future. It’s why I don’t dwell on design too much in features: partly because you can see the cars for yourself but mostly because attitudes change.

I remember being admonished for not writing what I thought of the McLaren MP4-12C’s styling in an early test by somebody who thought it “got better looking every day”. And there’s the crux: a design stays the same, but our perception of it doesn’t.

That’s why I already feel differently about the new Defender than I did when I first saw it. Yesterday, I saw a picture of a silver Defender on big wheels and it did precisely nothing for me. I then saw pictures of the Bronco and wanted one immediately.

Alas, because Ford’s fleet-average CO2 output is so close to the EU limit that we can’t even have a new Focus RS, we’re not going to get the Bronco. (Jeep buys enough CO2 ‘credits’ from Tesla that it can bring the Wrangler.)

But perhaps I could have a Land Rover Freelander – a car that, since the new Defender arrived, has done nothing but become more attractive. Which is weird. I always thought it was well designed, but it never sparked my curiosity like this before.

So my hunch is that it will change again, the new Defender’s more restrained appearance will work on me again and the Bronco’s might fade – although I’m not sure ever to levels of the Volkswagen New Beetle of the late 1990s, whose time is perhaps yet to come again. 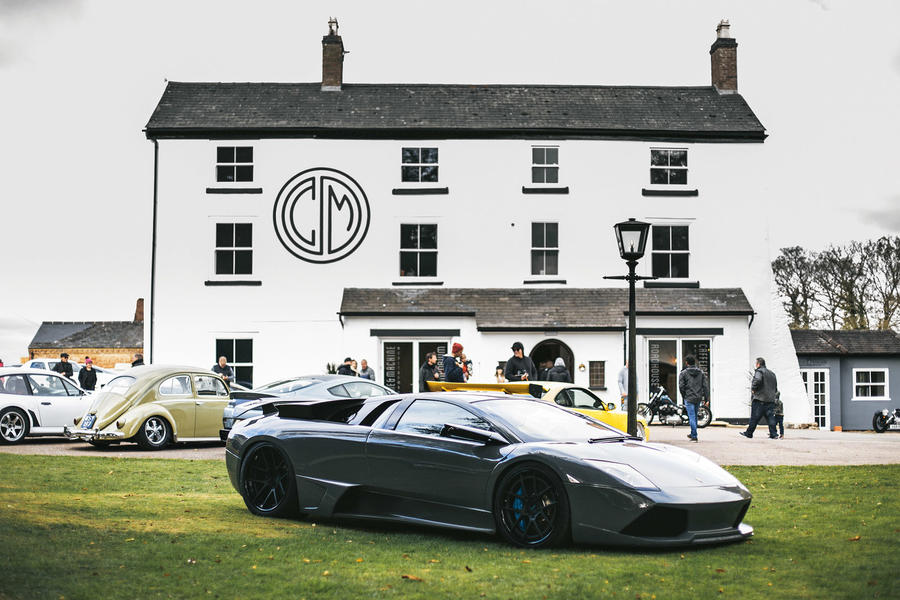 ■ I had an interesting conversation last week with one of the team from Caffeine & Machine, the car-pub/ cafe/restaurant/hotel/destination in Warwickshire that is, like most establishments, operating somewhat differently to before. Where you used to chance your arm and just turn up, now you need to book, due to reduced capacity and table-only service.

That’s fine for the tech-savvy who found out about this on Instagram, but less so for the old bloke with a Nokia brick phone who arrived the other day on the off chance in an award-winning hot rod (it was all right, they found him a space).

Anyway, I write because C&M isn’t alone. Like other museums and destinations, it was desperate to open and now must work differently. But it needs our custom and support more than ever. We just need to remember to check the website or call first.

I get that our perceptions

I get that our perceptions change over time, which is what the article is about, I think. My best example is the Jaguar XJS which I thought was an ugly brute when it was launched, but I now think looks really cool and some of the Bangle BMW's like the Z1 and Z3.

I don't really agree that any off-roader from LR or Toyota has ever been a design of beauty, that's not really the point of them is it? They are utility vehicles first and last.

Although thinking about it, I have seen lorry drivers gushing about the styling of a DAF or Renault truck, so beauty really is in the eye of the beholder.

What was the point?

This car is irrelevant in Europe. What was the point of this rambling article?
TBC 31 July 2020

Among other things, the Bronco and Wrangler both share the Tonka toy look, which would, rightly or wrongly, insinuate that they are near indestructible. It also makes them look like large toys, which may, for a least some purchasers, be the truth. I'm guessing that JLR knew that to sell the Defender in sufficient numbers, that look won't work, particularly at the price point they've set.