BACK TO ALL OPINION BLOGS
Currently reading: Matt Prior: The cat's out of the backbox
UP NEXT
Opinion: Vandoorne back on form as Formula E hit Monaco

Matt Prior: The cat's out of the backbox

Catalytic converter theft is no new phenomenon, but it's fast becoming an inevitability for some unlucky owners
Open gallery
Close

A friend arrives at our house in what is not her car, which is curious, because she has a very reliable car. She drives a Toyota. It’s even possible I once said “buying a Toyota is a good idea”, because it’s much safer, if less interesting, advice than suggesting somebody buy a Cosworth BDR-engined Caterham Seven HPC.

Anyway, Helen lives in south London and owns an Auris Hybrid, which will be enough information for many of you to know why she is now driving a rental Aygo. Recently, she parked her car for half an hour, came back, started it and was surprised to hear a noise like somebody had nicked the exhaust.

They had. Catalytic converter theft has been a problem for a while and it’s a particular problem on second- and third-generation Priuses and second-gen Auris Hybrids.

The trouble is that prices for metals like rhodium, platinum and palladium are high and catalytic converters contain them all, making them expensive.

Sometimes the stolen cats get stacked into containers and taken overseas to reclaim the metals. Toyota says sometimes the complete unit finds its way back underneath a car whose catalyst has been stolen or has worn out. And there are quite a lot of high-mileage, low-value hybrid Toyotas around the nation’s capital – as you’ll know, because black-cab drivers are quite cross about many of them. Removing the catalytic converter from a Prius or Auris with a grinder or pipe cutter is apparently not a long job. Helen’s Toyota dealer reckons it can take as little as 90 seconds.

And if the theft happens outside your house and you have the car repaired, then the gang who nicked the first one now know where there’s a car with a brand-new one.

You can buy a cage to protect it, which, like most locks, makes it take longer rather than making it impossible to nick, but that’s true of most domestic security: you don’t make it impossible, just hard enough that they trouble somebody else.

Meantime, Helen’s rental might be around for a while. This requires a number spelt out like the football result vidiprinter does with particularly high-scoring games: Helen’s local dealer has 19 (NINETEEN) cars in with the same issue.

Porsche charges ahead with charging to charge 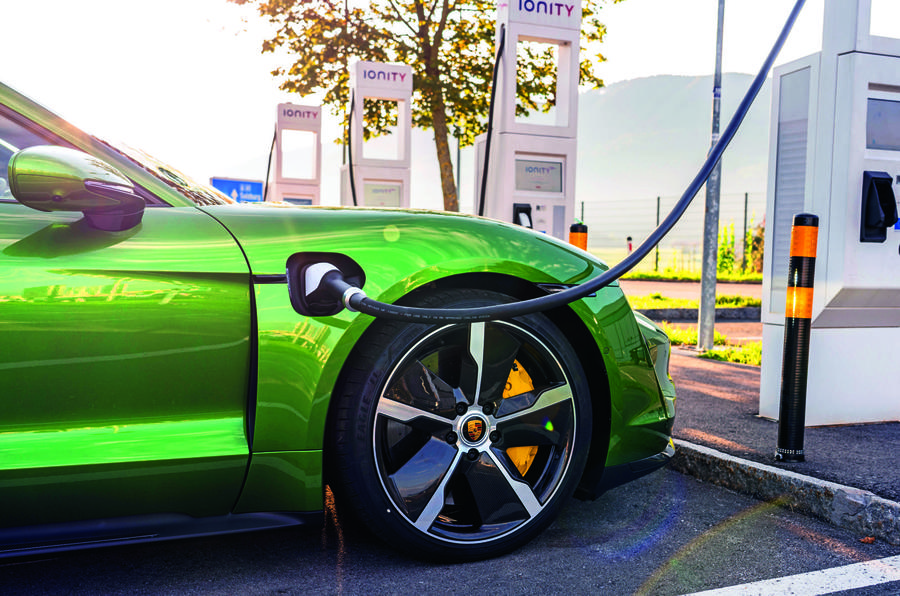 ■ If you’re about to spend £148,000 before options on a Porsche, you might be surprised to be asked for another £294 to unlock the potential for it to be charged at more than 50kW from an AC charger. The Taycan isn’t the only car coming with this kind of upgradeable charge speed. I think Volkswagen’s ID 3 will offer such options, too. I’m not keen on this; nor electric cars that come without a comprehensive set of cables as standard. This kind of stuff confuses customers buying new cars and will mess up residual values later. Make it clear, make it easy, make it simple.

Toyotas and Hondas are being targetted around our way, the theft can be enough to write the car off.

The price of precious metals

The price of precious metals is mind boggling. I visited a gold mine in the UK a few years ago and it was incredible to see the size of the hole to get at a few grams of gold. This means that trying to stop the theft at the car is futile. The authorities need to target the supply chain where the metals are processed or shipped out of the country.

I hadn't realised cat theft was so prevalent, it's shocking, but why are Toyota's being targeted when all cars have them? I'd have thought SUVs would be the prime target as they're easier to get under.
Agree re the charge rate, seems a bit miserable to charge for a high charge rate especially when it is just an electronic update to enable it, as for cables I thought all BEVs came with all the cables you'd need for the different charging sites.
Mikey C 4 October 2019

The Cats for Hybrid cars I

The Cats for Hybrid cars I think are especially valuable