BACK TO ALL OPINION BLOGS
Currently reading: Matt Prior: An enthusiast-friendly crossover... could it be?
UP NEXT
Opinion: BTCC is the easiest way to see Britain's best driving talents

Matt Prior: An enthusiast-friendly crossover... could it be?

The Alpine SportsX concept might be the crossover we've all been waiting for. Let's hope Renault turns it into a production car
Open gallery
Close

Well, this is problematic. Small crossovers are dreadful, no? Boring, heavy, tall, cramped, expensive and compromised. Neither hatchback nor 4x4, they are of insufficient purity to truly be any good at one thing or another.

So, name one – any will do – and enthusiasts will dislike it, whether its maker calls it an SUV, MAV or CUV. Today, though, I present you the WTF, a difficult issue at hand in the form of the Alpine A110 SportsX concept, which has given the very same self-styled crossover doubters heart-eyed emojis for heads. I might, though I haven’t quite decided, even be one of them. A pickle.

So far, the Alpine SportsX is just a design concept, it is said. (Verbally, I think it’ll pay to put a pause between ‘sports’ and ‘x’ so listeners don’t infer that ‘Alpine SportsX’ is wintry competitive bonding.) The car is claimed to be inspired by Alpine’s successful rally car of the 1970s and while it’s less heavily modified than a genuine new rally specification Alpine A110 – deliveries imminent, and more obviously inspired by a rally car, what with it actually being one – the SportsX has nevertheless been raised by 60mm and widened by 80mm. And, presumably, made heavier by an unspecified amount. 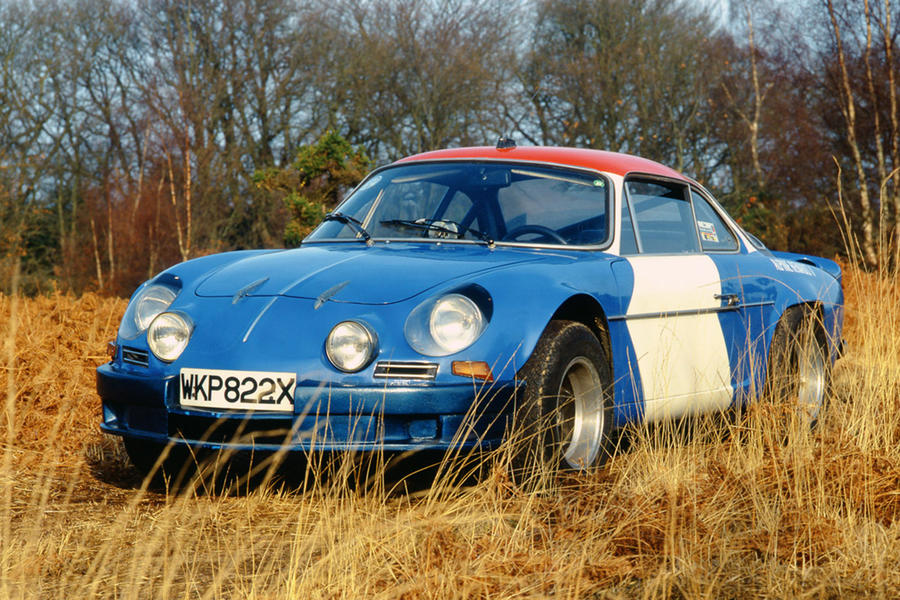 It has, and I feel slightly dirty saying this, all the traits of the compact crossover, in that it’s an off-roader-alike that doesn’t go off road. It has been captured in pictures with skis on its roof and wintry tyres, and with significantly more clearance between tyre and bodywork.

With both ‘sports’ and ‘X’ in its name, it couldn’t possibly be more lifestyle. I imagine that in a game of ‘press conference jingo bingo’, Alpine would tick every box well before it reached the Q&A session: “Buyers will live active lives.” Tick. “It gives a sporty driving experience.” Tick. And so on.

Tall cars do not, though, often bring sporty driving experiences. And while the A110 has agility and dynamism to spare, I fear that in the same way Italy has great architecture to spare, it doesn’t follow that the removal of some of it will improve things.

And yet. What is an Ariel Nomad if not an Ariel Atom crossover? Other than a car I would choose over an Atom six days out of seven, obviously? The Nomad is all of those conceptually bad things: taller than an Atom, heavier than an Atom, and with a protective structure that significantly raises its centre of gravity. They all contribute to the relatively languid, easy-breathing dynamic qualities of the car that I find so particularly appealing.

Imagine, then, the same in a taller A110, a car made more flowing, rather than less flowing, like the A110 S has been. And add to that plumper sidewalls and a ride height that means its driver has to worry not at all about scuffs from potholes, kerbs or gravel car parks. It could be lovely.

It seems we won’t find out: Alpine’s announcement finishes very matter-of-factly with “this unique model is not available for sale”.

Or so they say. Alpine’s owner, Renault, will soon get a new boss in Luca de Meo, who brought crossovers but no sports cars to his previous company, Seat – which I wouldn’t consider terribly encouraging if I were in charge of a sporty, niche outpost that had a difficult gestation and has an uncertain future.

The industry form here is notable: if people want a crossover, probably best to give them one.

Solid White paint, Rothmans decals, white alloys, PSE and mudflaps big enough you could fit them on a truck :)

Looks nice. And nicer than

Looks nice. And nicer than the base car.

But only because it absolutely is not a crossover.