BACK TO ALL OPINION BLOGS
Currently reading: Matt Prior: Why today's cars could be tomorrow's whaling
UP NEXT
Opinion: BTCC is the easiest way to see Britain's best driving talents

Nantucket used to be the whaling capital of the world. But then petrol came. Could a similar shift be in store for the car industry?
Open gallery
Close

Do you know what CASE or MAAS means? I thought the former was a tractor manufacturer and the latter could be anything, to be honest – something about sensors, probably. But I was reminded in a Honda press conference last week that one is ‘connected, autonomous, shared, electrified’, and the other ‘mobility as a service’.

Both are recent industry buzzwords as puzzling as when a mate of mine told me his new company had a ‘matrix management structure’. And both are quite a long way from one of my go-to quotes from the past couple of decades, from a senior manager at Nissan’s Sunderland plant, who attributed the success there to the following: “Keep your head down; build cars people want.”

That, I always figured, was a fairly certain route to success in most things in business. Stay sensible, make things people want to buy, and everything will be dandy. 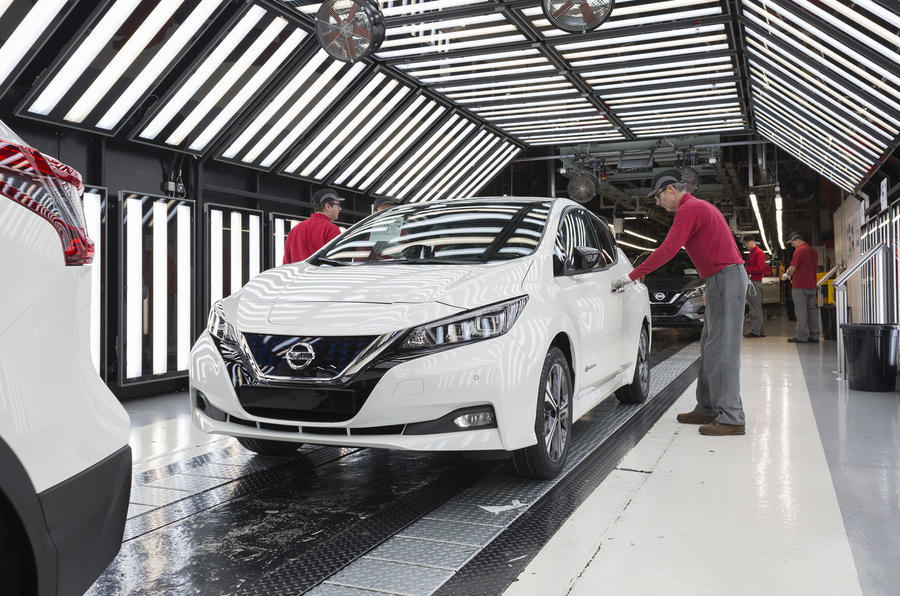 But it might be getting harder. For a start, there are a lot more people making cars – so there are lots of cars people want – and there seems to be some uncertainty about what cars drivers will want over the coming years. And whether ‘cars people want’ easily tallies with ‘cars sufficiently clean to be saleable’ – as CAFE (sorry, another one: ‘corporate average fuel economy’) standards really start to hit across Europe, beginning this year but biting harder in 2021 – is another matter again.

Hence the thinking, in some parts of the industry, that people might start consuming cars in rather different ways from how they have for the past, say, 70 years. It’s comfortable to think that the way the industry has been for my lifetime is just the way it’ll be for the next 70, but when I think so, I remind myself of Nantucket.

Nantucket used to be known as the whaling capital of the world. In the early 1800s, more than 70 ships were based on this small island in the North Atlantic a few miles off of Massachusetts, from where they’d sail for months on end – as far as the South Pacific – in search of whales to harpoon and kill (as described and imagined in Herman Melville’s novel Moby Dick), for oil to light homes.

In its heyday, across New England, 10,000 sailors whaled in an industry that was truly global in its scale. Then petroleum arrived, and that, in fairly short order, was the end of that. Good news for whales, ultimately. (Probably. Quite a lot of plastic to contend with instead these days.) Terrible, at the time, for the whaling ports of New England.

But people’s houses were still warm and lit. More easily than ever, in fact. And the idea that you’d stab thousands of whales for fuel is today unthinkable.

So while it’s a really comfortable idea, to me – to us? – that if you want to go somewhere, you own a car, that you’re probably not doing anything else while you’re driving it, and that when you’re not using it, it mostly just sits idle, what if one day that is conceived as utterly bonkers? People will still need to get around just like they’ll still want warm homes, but they’ll want to do it more easily. More cleanly. And electrics – and electronics, and communication – could bring revolution.

The likelihood – and consequences – of making cars people don’t want has never been more real.

Yet another one of those

Yet another one of those topics where people start throwing rocks without thinking for a second about how those problems they have identified could be solved.

1: Dirt and misuse - The car has an interior camera, it detects any changes in the general cleanliness of the vehicle and sends it for a clean, you are billed for the cleaning. The next person using is also likely to notice and report to avoid being charged themselves if the dirt or litter is left in a place the camera cannot see. As regard mechanical problems a self driving system is very good at detecting mechanical problems before they happen, see Equipment Health Monitoring techniques which are about 25 years old in aviation.

3: Tax, fuel duty and VED are about 4.5% of UK government revenue, they will erode over 1 or 2 governments cycles. Plenty of time to source other revenues.

4: Peak usage; even at peak times only a small fraction of cars are in simultaneous use. Current models predict that you would need only about 1/8th the number of autonomous cars. In all likelihood autonomy would be combined with road pricing which would speed up journey times by encouraging shared vehicles or time shifting demand.

As per usual, Tesla are talking out of their backsides.

1. That does not fix the problem. Buses and Taxis also have cameras presently.

2. No, the Tesla drivetrain does not last 1,000,000 miles. Their warranty figures quite clearly show this.

No in-service Teslas have achieved 750,000 miles. And as anyone with a 10 year old laptop will tell you, the battery may last that long but what of the range?

3. Who wants their electric bill doubled? Thought not.

4. Sure, it works for commuting - but why is road pricing required? I'm taking a taxi to work.

The cameras in buses are

The cameras in buses are checked only if someone reports a crime.

If you are using an autonomous car it is more like hiring one today, the operator knows who you are and when you had the vehicle. The only difference will be that instead of an employee giving the vehicle a look over before they rehire it a camera and the next user will do it.

The Model 3 motor has a design life of 1,000,000 miles, I see no reason to doubt this given that they have nearly a million vehicles in operation.

Look up the stats around Tesloop they have run multiple cars to 300-600,000 miles. The first generation Tesla products S & X are already operating to higher mileages and with superior economics to ICE vehicles.

It is not a massive stretch that as Tesla develops its products (and also has degradation data supplied directly back from its cars) that it will be able to improve this over time.

As regards capacity degradation about 10% degradation over the first 150,000 miles appears to be the current expected levels with about 15% over 300,000 miles on the Tesloop cars. These are obviously for the older technology batteries.

Perhaps not such a new idea.

Wow. What a novel idea.

A vehicle that turns up when you want it and that you pay a fee for using.

The ancient Romans had a word for this very thing.

I (and most others) have no wish to pay hundreds a month for a depreciating asset that sits idle 90%+ of the time,  I can't wait for an autonomous subscription service where a car arrives quickly when I want it.  Like Uber, but no humans (and other issues).  Rolls Royce aerospace stopped selling engines years ago.  They now sell "thrust by the hour" to their customers because airlines don't want engines, they want mobility.  Meanwhile I'll keep my Ducati 1298 as my emotional toy!

On a different tack, is anyone building an EV super bike?
View all comments (7)