BACK TO ALL OPINION BLOGS
Currently reading: Will this be second time lucky for the BMW X4?
UP NEXT
Opinion: Is stripped-down BMW M4 CSL worth the weight?

Will this be second time lucky for the BMW X4?

Four years is a particularly short life cycle for any new car, and in the BMW X4’s case it’s indicative of a will to quickly put right what was wrong about the original version. It was consistently outsold by the Porsche Macan in both Europe and North America, which BMW wouldn’t have expected given the X4’s significantly more attractive pricing proposition.

That the new car is longer, wider and lower to the ground can have only helped the X4’s designers address what matters most about these SUV-coupés: how they look. The fussy, awkward styling of the previous version did it few favours and this new one is certainly cleaner in its surfacing and better proportioned. It’s not a knockout styling success, at least to my eyes – and I can’t imagine very many people choosing one over a Macan or an Alfa Romeo Stelvio for design appeal alone. There, of course, subjectivity rules.

But styling wasn’t the only area in which the original X4 could have been better.

My hope is that BMW has dealt with the car’s chassis tuning with a bit more commitment than it did last time out. 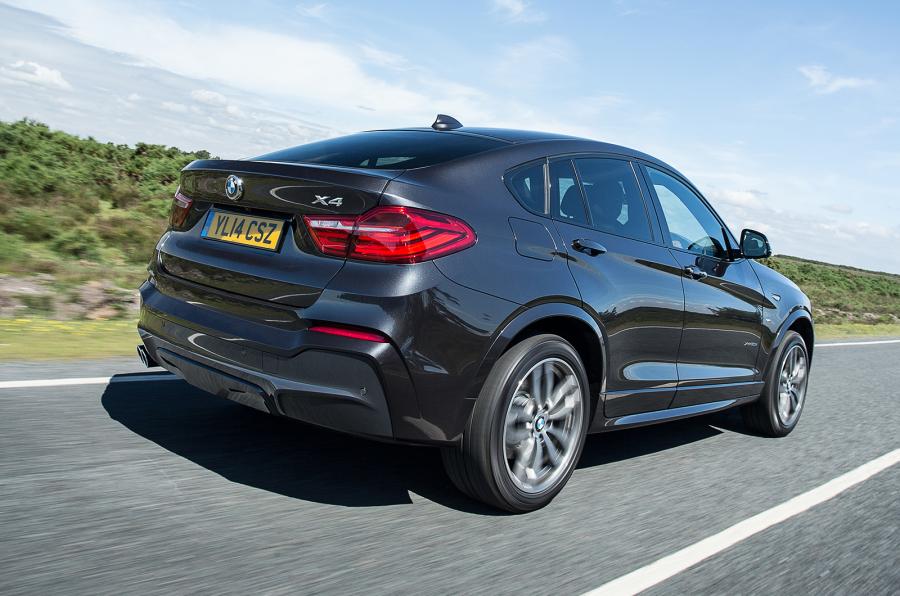 Four years ago, when the X4 and the Macan were both new, I wrote a twin test involving them in six-cylinder diesel forms and I remember the difference in kerbside allure, driver appeal and quality of dynamic finish being stark.

This time, of course, alongside BMW’s stiffer chassis and lighter suspension, there will be a broader range of engines and proper, driver-focused M Performance models – so things could be much more even between the two cars.

Now there’s the Stelvio and the Jaguar F-Pace to contend with too.

Still, it’s telling to me that BMW hasn’t waited to replace the car but has clearly brought it into showrooms as early as it could, straight after the launch of the G01-generation X3 with which it’s plainly closely related. It seems a bit like saying: “Hands up. We didn’t do a great job last time around. This time, we’ve done better. So how about a second chance?”

As long as we’re made to believe we “need” an SUV they will make them, but, around the corner is coming fully autonomous transport where you virtually don’t have to do a thing, just get in, tell “it” where you want to go and then sit back and read,sleep,work or talk to others in the “transport” or whatever your heart desires, so, it won’t matter what it looks like or what color it is, in will only be a Transport.....

And the short answer is: No

Remove one 'brand iconic' kidney-grille. E voila'.....you've got a Hyundai.  Gerry McGovern need lose no sleep here. Bland and generic styling will need all the incentives that BMW Bank can bring to bear here.

Or maybe those firms try to imitate BMW? Funny to see know other companies try and copy Land Rover (outside of China.

Not sure Gerry McGovern knows how to design a car anyway - look at the 'had a stroke' rear end of the disco. Least the BMW drives and is built well, with engines decades ahead of those dogs in the JLR range.

BMW can't do suv imho they mainly look ill proportioned and ugly but drive wellif you can live with those awefull looks .