BACK TO ALL OPINION BLOGS
Currently reading: Steve Cropley: Should you trade up to the latest MX-5?
UP NEXT
Estate cars: In celebration of a dying breed of car

Steve Cropley: Should you trade up to the latest MX-5?

In this week's automotive adventures, Steve ponders the case for a wholesale upgrade for his 2015 MX-5 (as opposed to a lighter suspension tweak), books a hard-charging driving lesson with teaching-guru Jonathan Palmer, rejoices at the reopening of Beaulieu and more.

Great weekend: two Mazda MX-5s to play with. For ages I’ve been itching to get hold of a latest-spec MX-5 (20% more poke, 700rpm-higher rev limit, better damping, reach-adjustable steering column) to compare with my 2015 edition that looks the same but isn’t. There are lots of interesting points of comparison: my car rides superficially better but lacks the body control you need in a roadster once you get going a bit. And my engine seems wheezy by comparison.

Mazda’s car, equipped with Bilstein dampers and a dealer-fit Eibach lowering kit, is a bit stiffer but much more controlled and has steering and grip that’s frankly miles better than mine. Plus that extra engine zing. The decision I now face is whether to buy the obviously faster new-edition MX-5 or stick with my car but go with the suspension upgrade at a very reasonable £1000-ish. I could also tweak my car’s engine to about 200bhp for £4000 all in, versus £15,000 to change. Nice decision to have to make.

After such a weekend, I got onto one of my regular summer kicks about improving my driving and enjoying it more, so I phoned Jonathan Palmer – former F1 racer, now founder and kingpin of the Palmer Sport driving events business – to ask how and when it would come out of lockdown.

“Great timing,” boomed JP. “We’re starting next Saturday.” Which means that, because of the vagaries of print schedules, by the time you read this, the world’s best driving event will have been going full tilt at Bedford Autodrome since last weekend, clearly with appropriate but none-too-difficult anti-virus and social distancing measures in place. It’s hard to think of a better way of making yourself feel better about driving (and life) than spending a hard-charging and tyre-smoking but essentially carefree day with JP and his talented team. 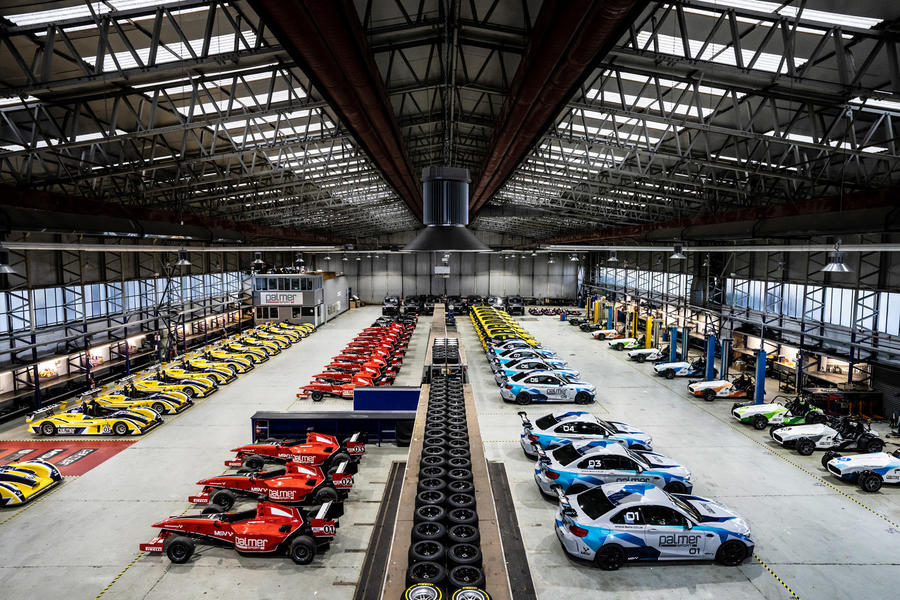 Seat’s decision to launch a range of electric scooters allows it to make the right noises about urban pollution and congestion, I suppose. But as someone who already owns an electric scooter (a BMW C-Evolution), I can tell Seat that these machines will only make true sense to car ownership when they can be carried in some kind of unit within a vehicle itself. And I’m not just talking about some kind of awkward and back-breaking rack-style carrier across the rear.

Years ago, I went to the Monaco Grand Prix in a Renault estate and discovered that it became instantly useless, because cars were understandably banned from inner areas. If we’d been able to carry an e-scooter from the UK, perhaps as part of the car’s structure and charged by its electrical system, and then been able to detach it for use over the race weekend, we’d have been quids in. To me, that’s the next step – indeed, the only one that matters in the relationship between cars and e-scooters. We don’t want badge engineering, we need someone to deliver true utility. 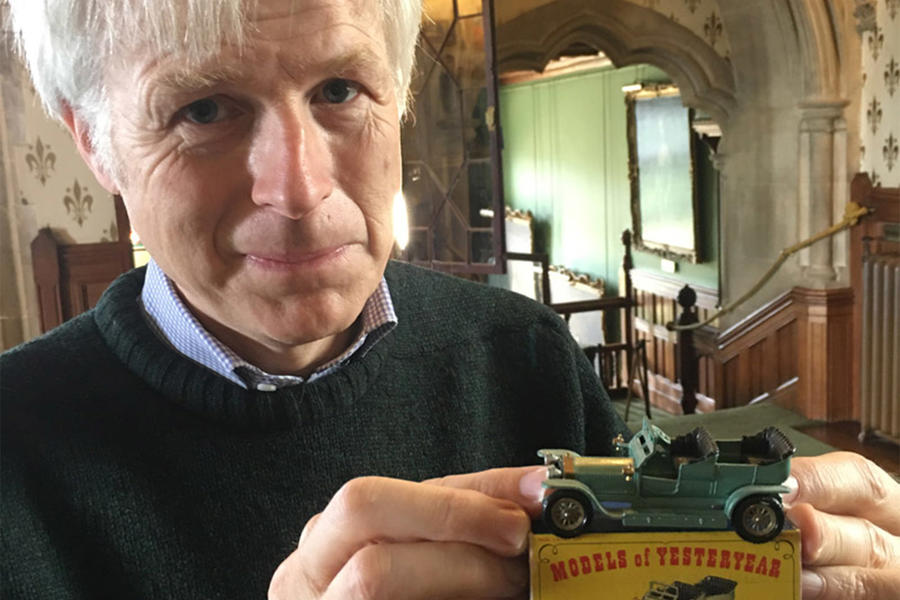 My two favourite car destinations – the British Motor Museum at Gaydon and the National Motor Museum at Beaulieu – are now back in action, with appropriate fanfares and full-on attempts by their organisers to make visits as enjoyable as they were pre-pandemic. I dropped in to Beaulieu again to view the special Motoring In Miniature exhibition they’ve laid on to mark the reopening. The whole thing is inspired by Lord Montagu who, like me, loves early Matchbox toys in particular, before they started to be equipped with plastic addenda and inappropriate wheels. The quality and size of his exhibition is really something to see; it’s worth the price of admission alone. I especially loved the display of land speed record car models, a type that has always been a speciality at Beaulieu. Don’t miss it. 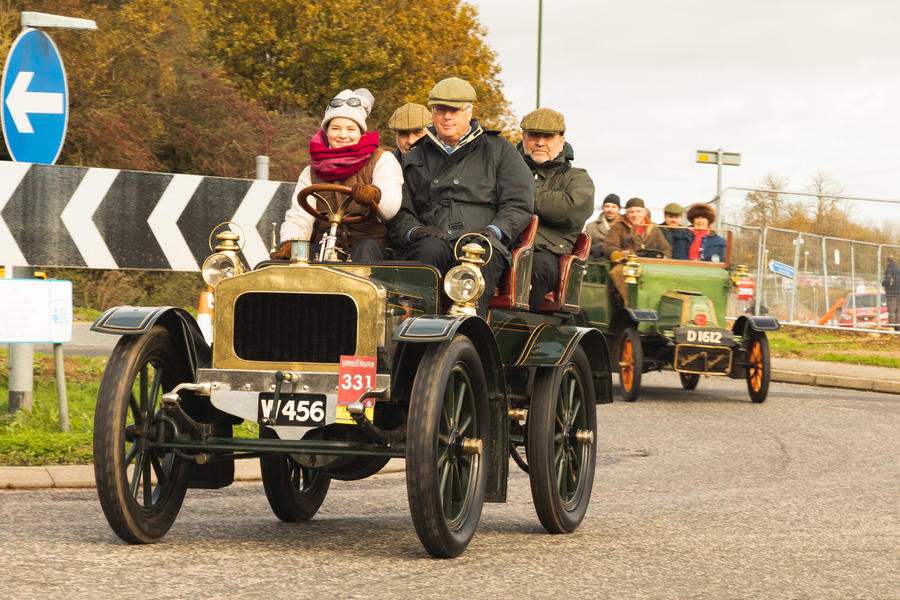 Brighton’s councillors are considering banning motor vehicles from Madeira Drive, potentially scuppering time-honoured events such as the Veteran Run and lots more. Don’t want that to happen? Give your view online at consultations.brighton-hove.gov.uk/parking/71da2cee. It’s urgent!

Steve Cropley: Feed the soul with a configurator binge

Steve Cropley: The journey to the Darkside of Rob Moon

It's an icon car, just like the Gti, or the E-type Jaguar, but it's second Car, you couldn't do the Weeks shop in it if you have Family, it's a choice car, looks cute, but it's not for me.

The trouble with road testing...

Driving two cars back to back highlights small differences that would otherwise go unnoticed. So I don't doubt that the new one is better. But £15k better?

Far better to just enjoy your existing car which, in isolation is probably very satisfying indeed. Chasing small improvements is always going to result disproportionate spending - plus the new one will depreciate by £5k in the first year, at least double the likely loss of the five year old. And it too will quicly become old, last year's model and probably replaced by something better.

If in doubt, stick to what you've got!

So the new mx5 is that much

So the new mx5 is that much better it has you considering £5k worth of upgrades? Wow, is that all at the limit performance and handling or just daily driving down fun roads noticeable?

Agree Jason, it does still look fresh and modern.

And you suggest your 2015 rides better too?

Our roads are not going to get better anytime soon.