BACK TO ALL OPINION BLOGS
Currently reading: Germany's city-centre diesel bans – what does it mean for the industry?
UP NEXT
Matt Prior: Where have all the practical fast cars gone?

Germany's city-centre diesel bans – what does it mean for the industry?

Germany's highest court has granted city councils the right to ban diesel vehicles from their centres. We look at what this means for the car industry
Close

Two and half years since Dieselgate first broke, car makers are finally facing serious trouble. Germany’s highest administrative court has paved the way for state and municipal governments to introduce bans on diesel vehicles without the need for permission from the central government.

What is so surprising is that, when any ban is put in place, it will immediately drive Euro 5 diesel-engined cars off city roads, followed by Euro 6 vehicles in September 2019. The ruling states that vehicles can be banned from certain areas once the engine pollution regulation is six years old. The Euro 5 rating was launched in 2010.

Environmental pressure groups have been pressing both Düsseldorf and Stuttgart to take more drastic measures to clean up their air. These two cities - like more than 70 others in Germany - regularly breach European Union regulations for air pollution.

Stuttgart was a high-profile target because of its association with Mercedes-Benz and Porsche, and, as German newspaper Handelsblatt pointed out, both the local minister of state and mayor of the city are members of the Greens. 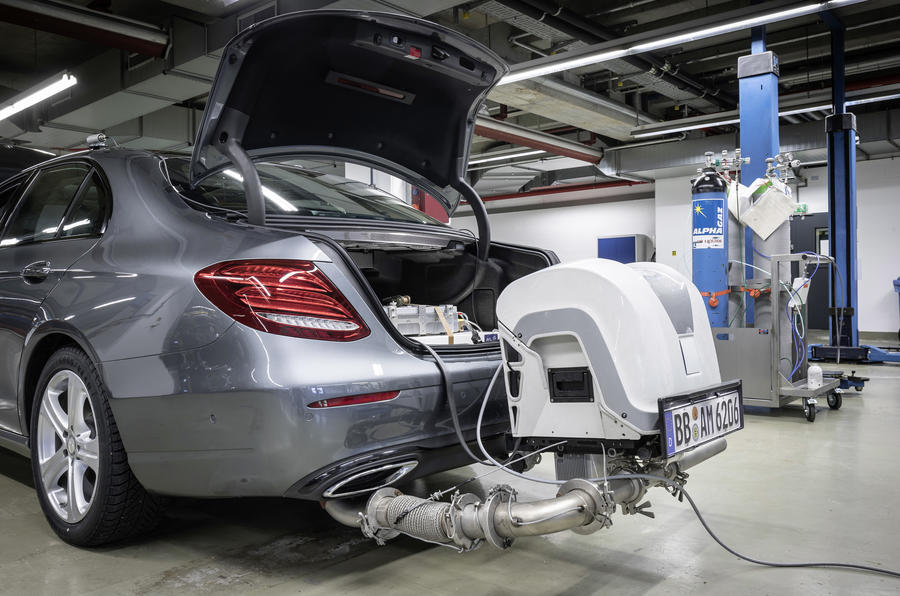 This mix of Germany’s motor city and Green politicians was a gift to activists, who must feel they have hit the bull's-eye with this ruling. It now seems likely that city-centre bans will be adopted across the country.

The only small concession from the ruling, says Handelsblatt, was that any bans have to be reasonable in economic terms and could lead to exceptions for workmen.

After the ruling, Germany’s caretaker government said it wants to see car makers retro-fit anti-pollution measures to older diesel vehicles before mass bans are rolled out.

However, it seems highly unlikely that this technology exists and that Germany’s motor trade network could hope to modify the 12 millions cars thought to to be caught up in the potential bans.

Some observers believe the government will suffer from a significant backlash from drivers who were encouraged by CO2-biased legislation to buy diesel cars, as will the car makers that have been bending the testing rules so drastically. 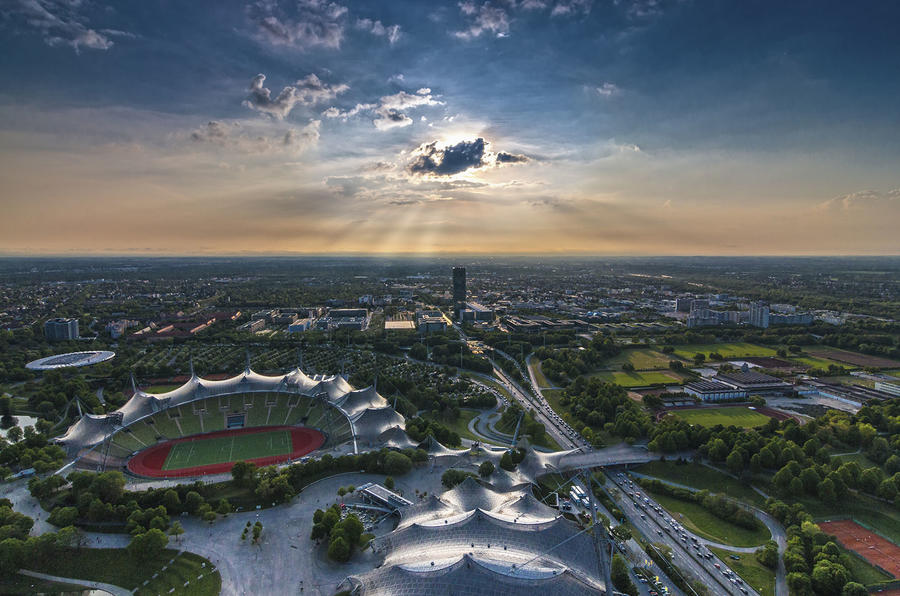 Of greater concern is the potential collapse in residual values for diesel cars that would hit motorists directly in the pockets. It remains to be seen whether drivers will take the bans in their stride and upgrade to a new vehicle or take their anger out on the German government and car makers.

Ironically, the company that triggered this tide against diesel engines is probably best placed to take advantage of these bans and any similar ones across Europe.

All of the Volkswagen Group’s cars on the newest platforms (from the new Volkswagen Polo to the Audi A6) can be bought with the option of properly integrated compressed natural gas (CNG) tanks - CNG is a much-ignored clean-burning fuel - as well as hybrid and electric drivetrains.

From next summer - as the probable Euro 6 diesel ban comes in - the eighth-generation Golf will see the debut of VW's hyper-efficient mild hybrid petrol engines, which could kill off diesel in any VW Group cars smaller than the Audi A6 or a medium-sized SUV. 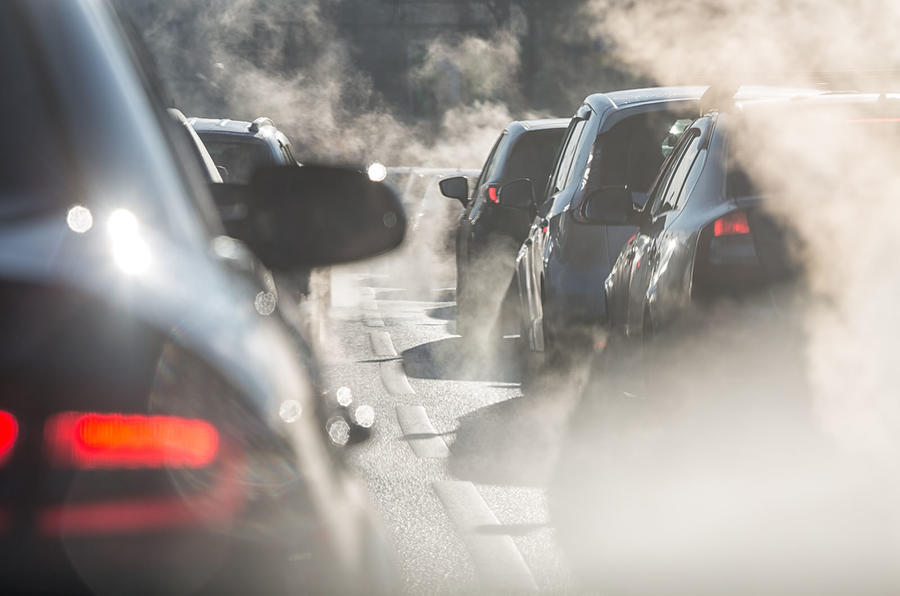 2018 marks 20 years since the EU first set out to lower average CO2 output across all cars sold in Europe by leveraging the inherent fuel economy of oil-burning engines. This plan should have cumulated in a fleet average for the whole car industry of just 95g/km of CO2 by 2021.

With diesel propulsion now seriously questioned, the EU’s grand plans look to be in tatters as motorists switch to cleaner – but less fuel-efficient – petrol vehicles. However, if car makers do not meet the 2021 target, they face massive fines.

The European car industry and EU legislators have contrived to create havoc. There are smoggy city centres, diesel drivers facing significant losses and CO2 targets that are now likely to be missed. Unpicking this mess will be extremely difficult.

Great decision by the German court. It took them decades but at last they have made the right decision. The motorists dilemma is very real though. There is not much choice. Germans have invested so heavily in diesel that they are trailing the Japanese hybrid power trains by 20 years.
Peter Cavellini 1 March 2018

The whole of Europe are Diesel daft, just about any European country you go to there are more Diesel than Petrol Cars, I dare say Diesel is King in most parts of the a World, getting the World of Diesel needs to start now!, unless they can clean up Nox better Petrol and EV Cars are they way to go and ultimately get rid of Petrol too!, but this’ll take decades there are millions of Cars to scrap, what incentives will be given?, how will Government fund this?, tip of a very large Iceberg my friends.

There won't be any icebergs left

If we all turn to this new wonder fuel of which you speak - petrol. And electricity doesn't grow on trees either. Prepare for power station emissions to go through the roof.
Mikey C 28 February 2018

I can see a lot of older

I can see a lot of older German diesels being sold to neighbouring countries, there will be plenty of people there willing to snap up these bargain vehicles.

By switching to diesels, people could afford to run larger and larger vehicles. Maybe with everyone back with less efficient petrol vehicles, people will downsize away from large SUVs...

What happens in Germany...

...politically, I mean, is horrendous. Merkel & Co. are running this country to the ground. I am reading German newspapers (Welt primarily, because it is less PC) and forums and it's just horrible what is happening with that country. Sad.