BACK TO ALL NEWS
Currently reading: How Volkswagen plans to clean up after Dieselgate
UP NEXT
Ford backs call for European ban on new ICE cars from 2035

Future petrol, diesel and electrified VWs will use a wide range of new, emissions-cutting tech, including fuel made from straw. Here’s how
Open gallery
Close

In the wake of Dieselgate, Volkswagen is planning what it calls a “wide bandwidth” of new powertrain technologies to meet future CO2 requirements being driven by Europe, North America and China.

The company says achieving climate targets has become a “primary objective” and massive resources are being allocated in a money-no-object assault on emissions. Developments include a wide range of hybrid, electric and advanced combustion-engine technologies. he 95g/km CO2 fleet average set for 2020 is likely to fall well below that by 2030. To meet that challenge, electrification of powertrains will be essential for all manufacturers.

Volkswagen, BMW and Daimler diesel monkey tests: brands have 'blood on their hands'

Volkswagen is forecasting that 25% of its cars will be battery-electric by 2025, with more than 50% being electrified in some way, compared with just 3% today. Research is also continuing into bio and synthetic fuels as well as synthetic natural gas.

VW already has the electric e-Golf and e-Up, as well as Golf and Passat GTE plug-in hybrids, and it is developing the range further. Current hybrids are fitted with a seven-speed DSG transmission with built-in 60bhp electric motor/ generator. Engineers are also working on a ‘GTI’ prototype, called the Golf GTE Performance, where software changes boost acceleration in electric-only mode up to an unlimited speed if the battery is sufficiently charged. An all-new seven-speed DSG transmission, waiting to enter production, can also support full-hybrid drives. 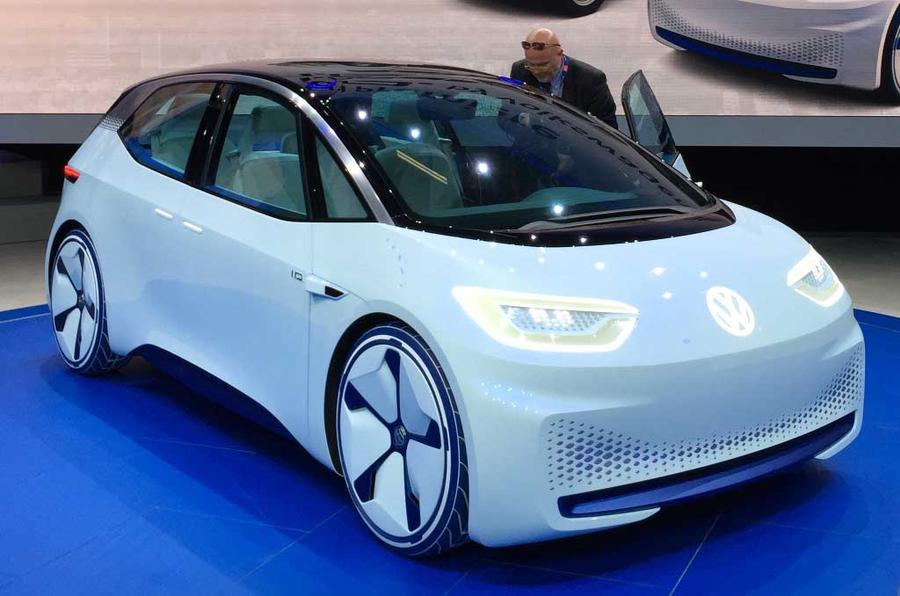   Petrol technology gets a boost:

The new 128bhp 1.5-litre TSI evo petrol engine is a rework of the existing engine employing advanced and expensive technology to improve fuel economy and emissions.

The engine is the first volume-production petrol engine to be equipped with a variable turbine geometry turbocharger, has the highest compression ratio of a turbocharged petrol engine at 12:1 and runs on a special Miller cycle operating regime. The combination of the three adds up to claimed best-in-class fuel consumption and flexible power delivery throughout the rev range.

The engine is about to go on sale in the UK in the Golf but a more powerful, 158bhp version exists in prototype form (and could be added to the Mk8 Golf, pictured as an Autocar rendering below). Future petrol technologies being considered include water injection and variable compression ratios. 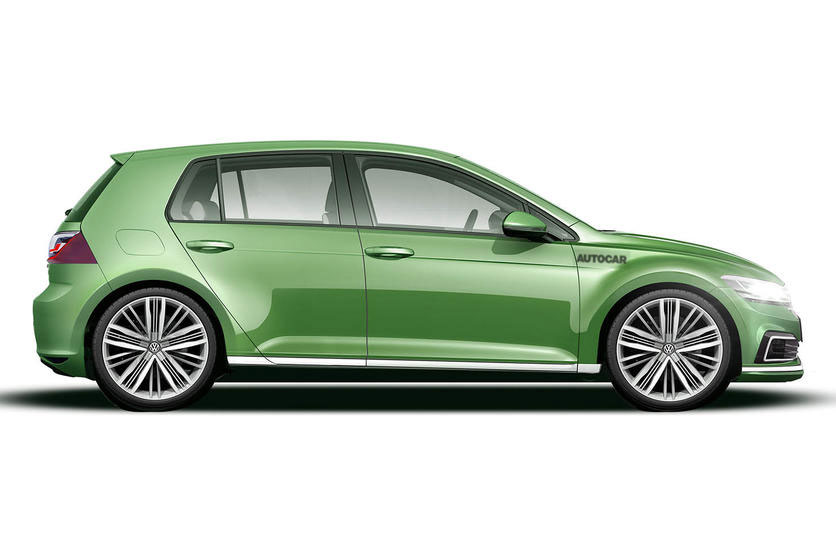 Compressed natural gas (CNG) has been popular in Europe for decades and is now joined by renewable bio-methane made from fermenting plant materials such as straw. Bio-fuels are carbon neutral because the plants absorb CO2 when growing. Some 1800kg of straw - about seven circular bales - can make 300kg of CNG, enough to power a Polo for 6200 miles. The VW Group has been working on the production of synthetic e-fuels for some years. The process combines CO2 from the atmosphere or from fermentation processes with sustainably produced hydrogen to make a carbon-neutral synthetic liquid e-fuel. It’s worth the effort, say engineers, because switching to carbon-neutral synthetic or bio-fuels can have an immediate effect when used in older as well as new engines.

Mild-hybrid electric vehicles (MHEVs) should become the norm in the next few years as 48V electrical systems become commonplace. The combination of 48V belt-integrated starter-generator (BISG) and a small, affordable 48V lithium ion battery means they can recover and store electrical energy like other hybrids. The BISG can also boost engine torque, saving fuel and improving response.

VW has two prototypes, a Golf 1.5 TSI MHEV and an MHEV Plus. Both have 15bhp BISGs but the Plus has a second, 34bhp electric motor driving the front axle, although it can also be fitted to the rear axle to create a low-powered all-wheel-drive system to aid traction. The Plus has the advantage that it can recover energy while coasting with the engine stopped and can also pull away under electric-only power like a full-hybrid.

Both prototypes are fitted with a new generation seven-speed DSG transmission, which cuts CO2 by 10g/km compared with VW’s first DSG launched in 2003.

Shame on Autocar publishing propaganda from the evil VW empire. They should be boycotting them until they have proved that they have changed their culture to one which is compatible with a civilised, humane society.

It is indeed obviously PR,

It is indeed obviously PR, vacuumed up by Autocar.

The reassuring thing is that literally nobody is taken in by it.

I like the comment about the yellow box.  I am also left wondering how they know when the monkey inside is dead?

There it is!  In amougst all

There it is!  In amougst all that is the link to the monkey gassing article that was so quickly hidden from view.

There it is!  In amougst all that is the link to the monkey gassing article that was so quickly hidden from view.