BACK TO ALL NEWS
Currently reading: New car CO2 emissions hit highest point since 2013
UP NEXT
Spending 48 hours touring in a Ferrari Roma

The average CO2 emissions of new cars has reached the highest point since July 2013, data from the Department of Transport reveals.

The data, taken from the quoted CO2 emissions of each new car registered in the UK, shows that the average figure for September reached 128.3g/km. This reflects starkly with the lowest figure on record of 119.2g/km, recorded in August 2016.

The rise has been attributed to the sharp decline in diesel sales in the UK, which fell by 31% across last year. Buyers have been switching to petrol models, which generally emit higher levels of CO2 than their diesel counterparts.

Further blame can be attributed to the new WLTP emissions regulations, which are gradually forcing many car makers to increase the published CO2 figures for their vehicles.

It’s especially significant given that the market's new cars are, on average, 12.6% more efficient than their predecessors, according to the SMMT. It also comes despite an increase in the number of ultra-low-emission vehicles registered, with plug-in hybrids and EVs making up over 3% of the UK’s car market. 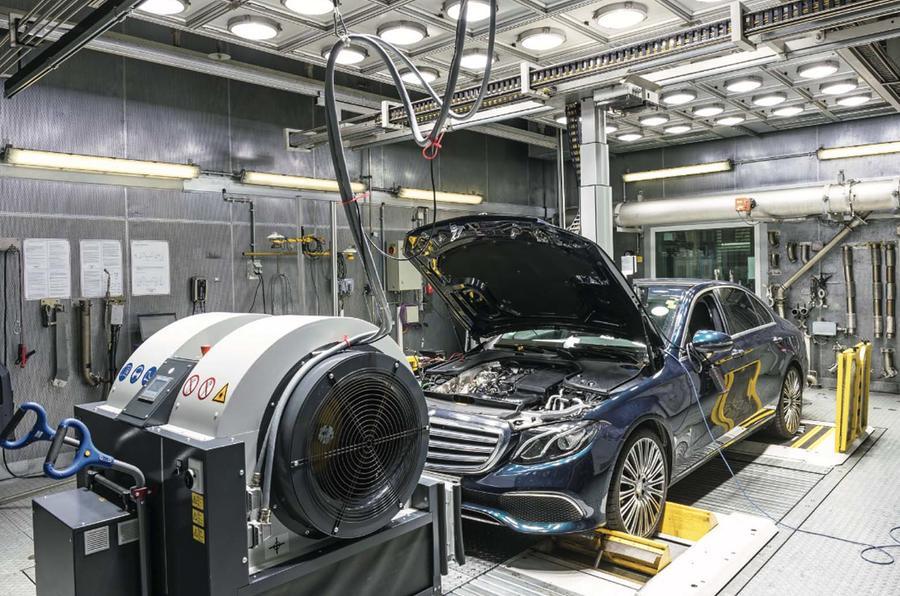 Previous figures released by the Society of Motor Manufacturers and Traders (SMMT) revealed that average CO2 emissions for new cars registered in 2017 rose to 121.0g/km, up from 120.1g/km in 2016.

The rise, which marked the end of 20 years of consistent decline and came after a record low CO2 output was recorded in 2016, is directly linked to the collapse in diesel sales in the UK market in 2017. EU law makers recently voted for car manufacturers to reduce CO2 emissions from current levels by 40% by 2030, which is looking increasingly difficult to achieve.

Government legislation is blamed by SMMT chief executive Mike Hawes, who said: “The industry shares government’s vision of a low-carbon future and is investing to get us there – but we can’t do it overnight; nor can we do it alone.

“The anti-diesel agenda has set back progress on climate change, while electric vehicle demand remains disappointingly low amid consumer concerns around charging infrastructure availability and affordability.”

Last year, the government dealt a double blow to diesel, announcing that all-new non-electrified petrol and diesel car sales will be halted from 2040 onwards before confirming a tax hike for diesel cars in the autumn budget.

This anti-diesel legislation and the messages that accompanied them prompted a fall in consumer confidence. The knock-on effect has seen manufacturers begin to withdraw diesels from their line-ups. Recently, Porsche stopped production of its current diesel models, and Fiat Chrysler revealed intentions to abandon diesel altogether by 2022.

Despite rapid growth in EV and hybrid car demand, total volume for the segment was still far too small to offset the drop in diesel demand. Demand for plug-in vehicles rose by 34.8% last year, yet zero-emission pure-electric car sales still accounted for just 13,500 vehicles – a tiny proportion of the 2.5 million total car sales across the year.

Hawes said this illustrated the need for further investment in cleaner combustion engine technology. He cited business fleets, which were previously seen as the biggest demand for diesel cars, as relevant places for diesel to still exist in large numbers.

“To accelerate fleet renewal, motorists must have the confidence to invest in the cleanest cars for their needs – however they are powered,” he said. “A consistent approach to incentives and tax and greater investment in charging infrastructure will be critical.

“Now, more than ever, we need a strategy that allows manufacturers time to invest, innovate and sell competitively, and which gives consumers every incentive to adapt.”

People not buying diesels has

People not buying diesels has increased new car co2 levels, well so to has the change in ved surely, when it now cost the buyer the same £140 per year to tax a high co2 suv as it does a low co2 hybrid then why bother, people are buying suvs over cheaper hatches because the hatches are no longer cheaper to run. Surely this daft removal of co2 based ved has also played its part.

And it will probably get even worse......

another example of the Tories messing things up and now that the tax benefit for PHEVs is gone it will probably get even worse, in the words of dellboy, what a plonker....

Agriculture produces far more CO2 than cars, but hey, why let facts get in the way of a good story?  If you want to look up the figures, go ahead, but remember that, for example, CO2 from agricultural transportation is lumped in transportation, and not agriculture.  The statistics are manipulated so that transportation looks 'worse' than it actually is.  Clever, eh?  They also do this with ship 'transportation', and they also lump agricultural energy use CO2 into energy production rather than agriculture.  Nothing lies likes statistics, especially government statistics.  They have to do this, because it allows them to tax transportation.  If they added the CO2 tax to agriculture it would raise food prices.

It may well do but that doesn't excuse us to ignore rising Co2 produced by cars.